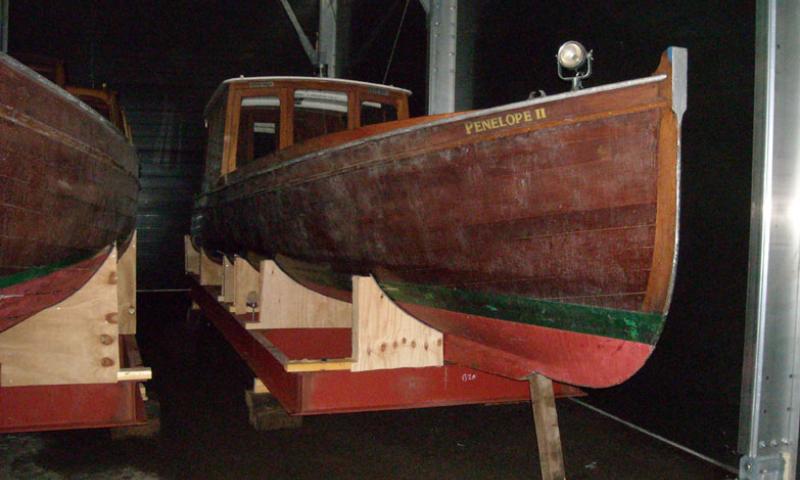 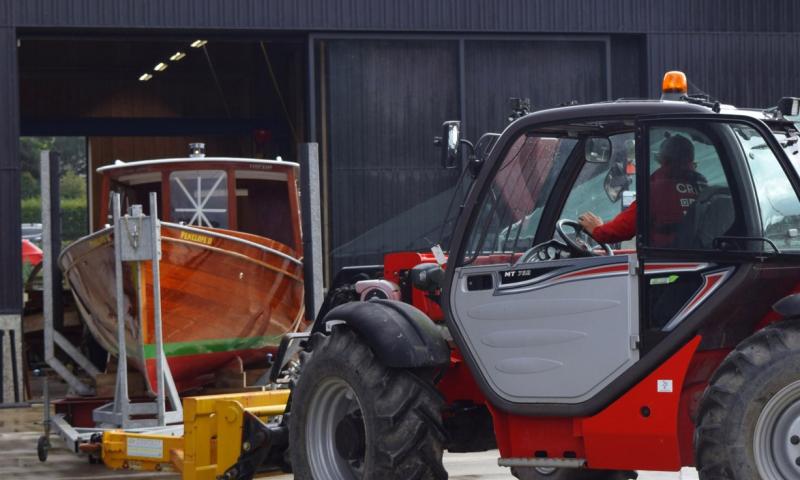 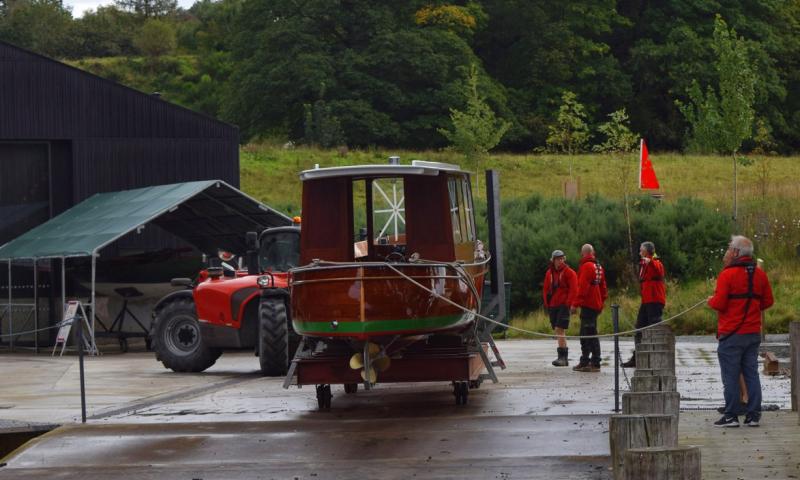 PENELOPE II was built by Borwicks of Bowness for a local family.  They used the boat mainly to follow the Royal Windermere Yacht Club races. With a straight bow and cruiser stern, PENELOPE looks like a traditional Windermere steam launch but has always run on a motor engine.

The launch was built between the two World Wars, in the style of a tradition launch but with the convenience of a modern motor engine. This was more easily maintained than the steam powered boiler.  The conservation team at Windermere Jetty Museum began work on PENELOPE II in October 2017 with the aim of using her to take visitors out for trips on the lake.

The conservation project was completed at the end of September 2020 and marked a significant milestone for PENELOPE II as she made her way to the water, for her first dip after 3 years.  The launch went very smoothly and confirmed what the conservation team at Windermere Jetty Museum knew all along: their excellent quality of workmanship, with no leakage at all!