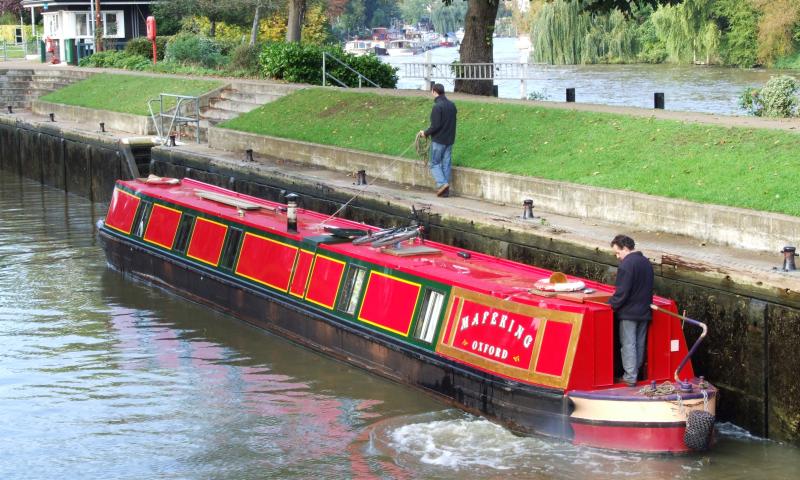 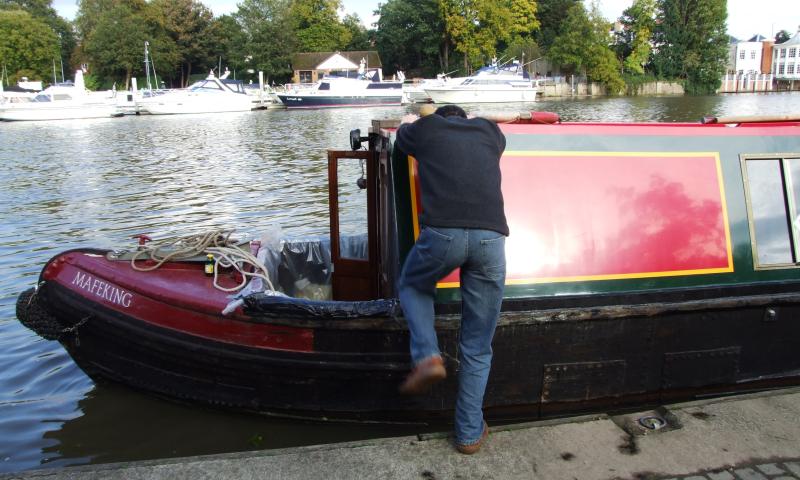 MAFEKING was originally an open Joey built for the Great Western Railway, but was later used by British Railways. She was converted to an un-powered hotel boat in 1958 with new wooden topsides and named MAFEKING. She was taken over by a private owner for residential use in 1962. Her stern was replaced and she was converted to BMC diesel power in Coventry in 1976. Her wooden topsides were over plated with steel and major renovations were carried out in 2006. In 2009, the renovation was ongoing.