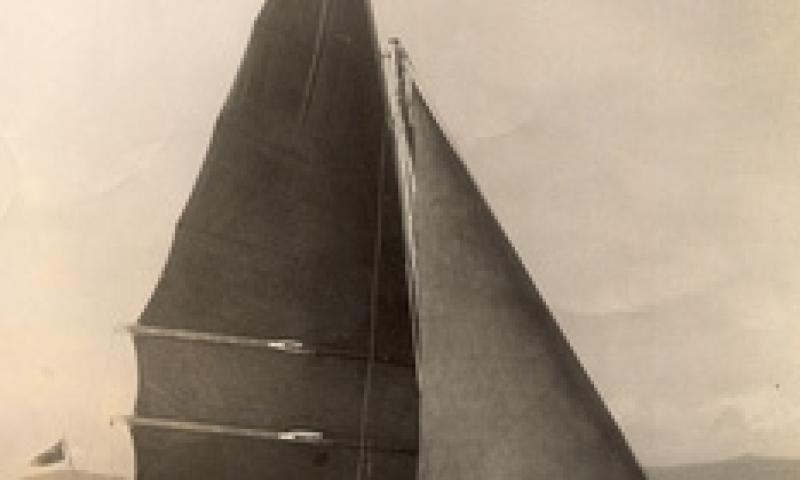 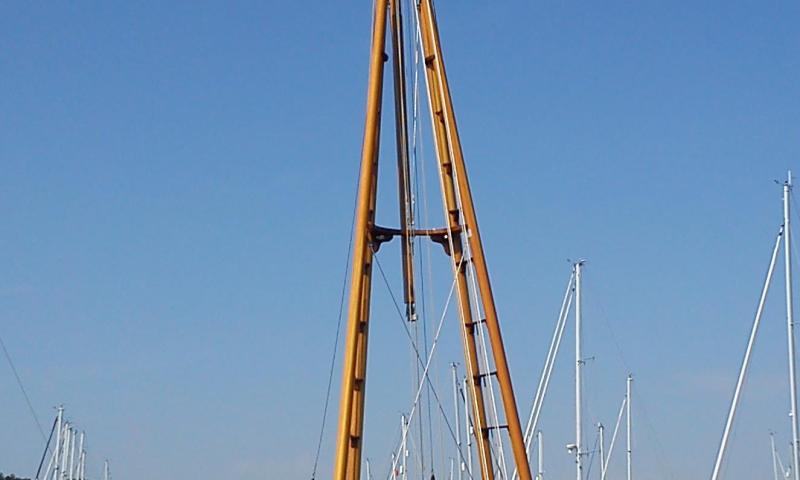 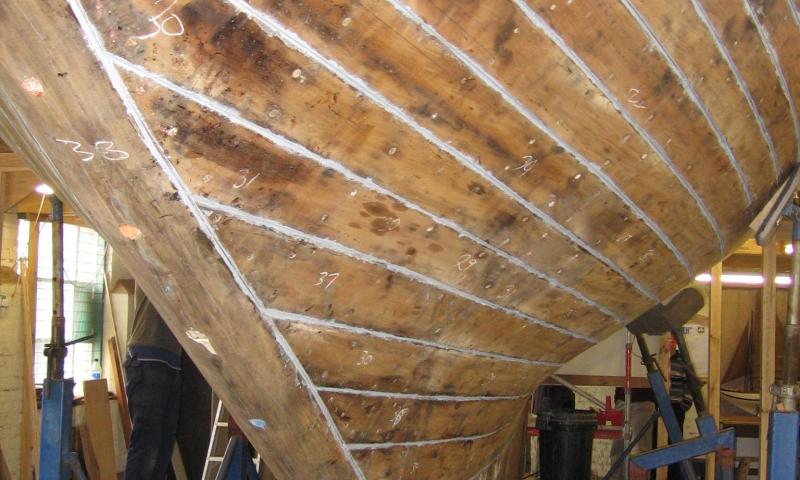 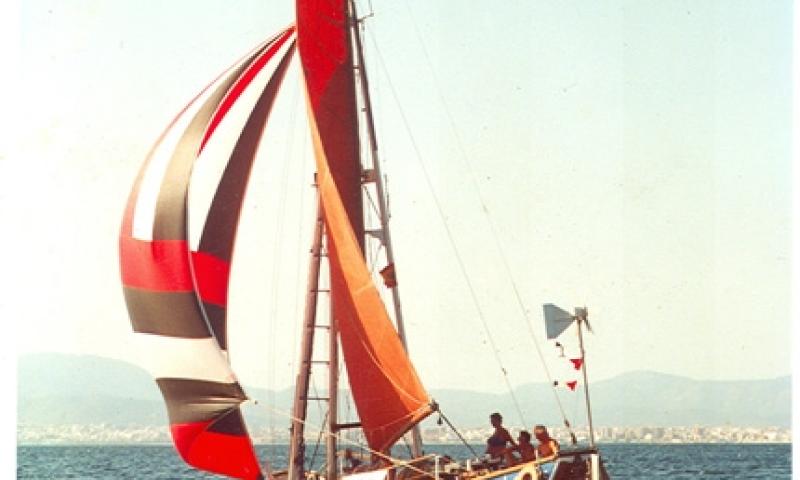 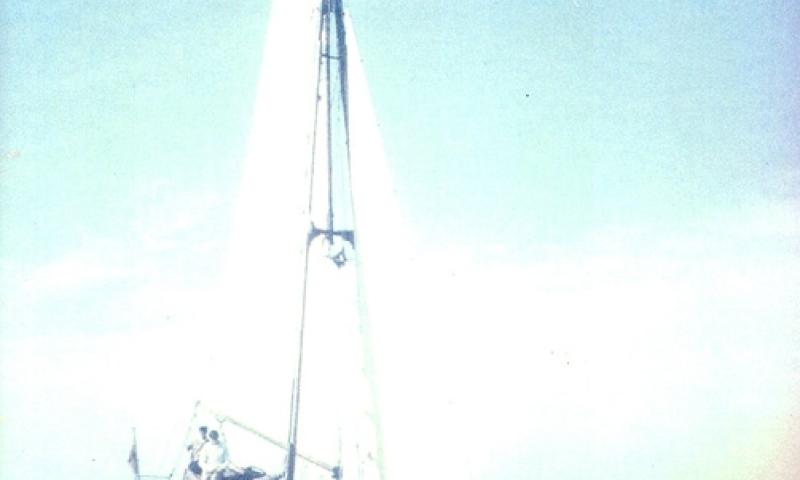 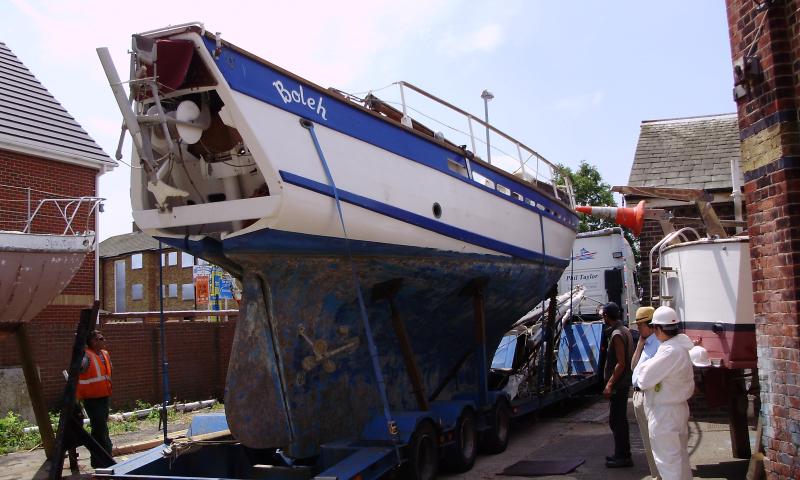 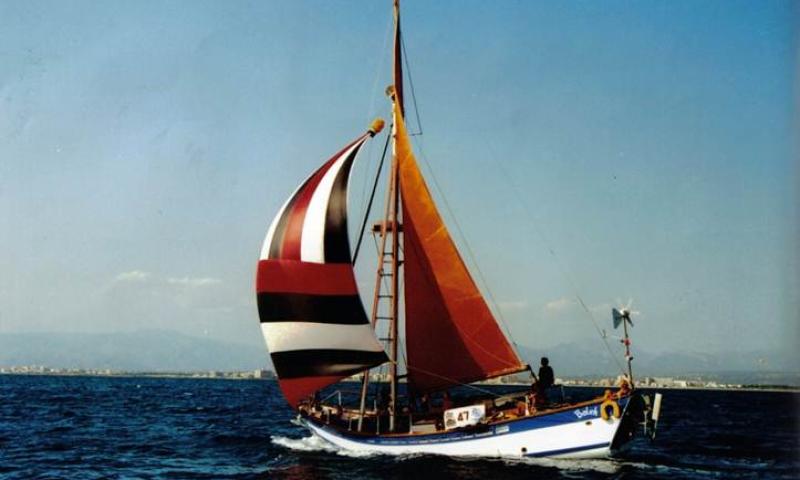 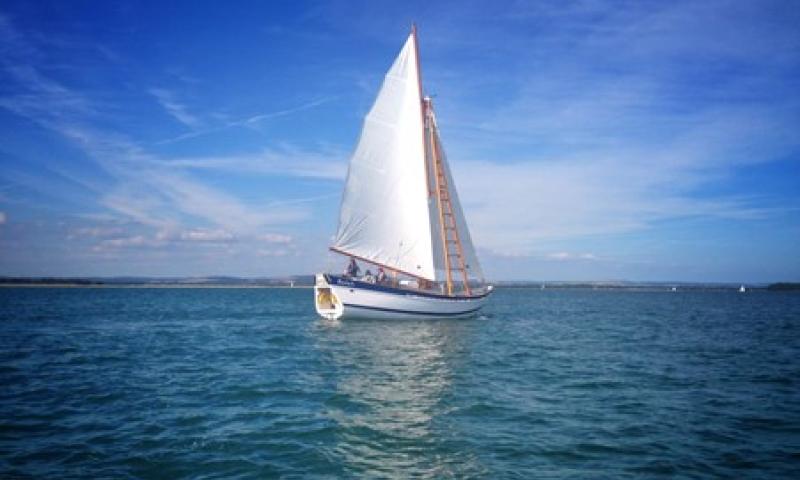 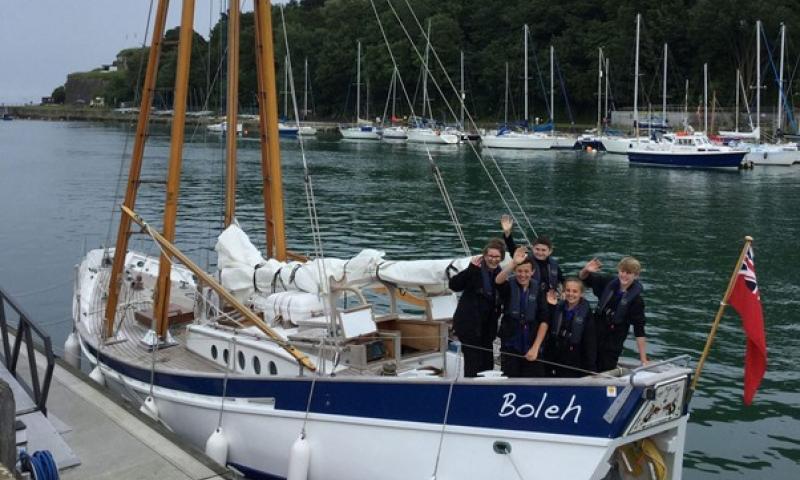 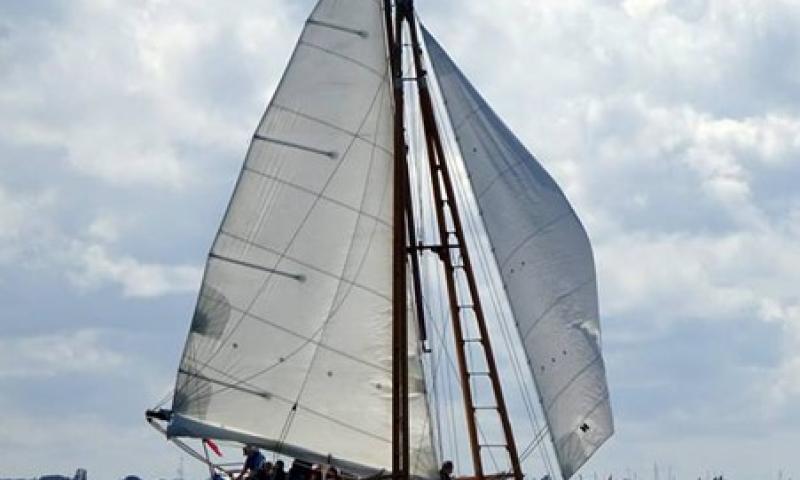 BOLEH’s hull form and rig were influenced by the lines of dhows, junks and other sailing craft which were observed by Commander Kilroy during his service between the wars and, as a result, the vessel’s physical fabric uniquely demonstrates the UK’s association with the Far East in the years leading up to the dismantling of the British Empire after World War Two. BOLEH was originally built from chengai wood which is significant as local timber, demonstrating her international origins and build by Malay shipwrights. Some frames were rebuilt in1978 using plywood and, where necessary, damaged frames are now being replaced with greenheart. These changes in timber illustrate the different phases of ownership in BOLEH’s history. In terms of technical innovations, Commander Kilroy also introduced an early version of inboard/outboard propulsion.

The story of BOLEH’s build, the original design concept and subsequent journey back to the UK has been wonderfully told by Commander Kilroy himself in his published book ‘Boleh’. The Boleh Trust has also collected a wide range of sources from off-ship research which includes technical drawings of the vessel’s build, early photographs and Commander Kilroy’s original lecture material. The vessel’s connection with Commander Kilroy as builder and designer links her to an interesting period in post-war international history when Britain was having to re-define its political and cultural relationships in a new world context. The public fascination which Commander Kilroy’s adventure generated is in part a reflection of this period of intense change. The years spent in Salcombe after her return to the UK and operation as a training vessel also give her a significance which is local to that area.

BOLEH was designed for ocean passage making being strongly constructed of chengai – a hardwood one and a half times as heavy as oak. The sliding gunter rig, incorporating battened sails developed from the sail form used in Chinese junks, and unstayed quadruped mast was designed with short-handed sailing and easy reefing in mind. Aesthetically, BOLEH is a noteworthy vessel, particularly in UK waters, with clear links to her Far Eastern origins. As a one-off design, her unusual characteristics and build story attract considerable interest.

BOLEH was designed and built in Singapore by Commander R A Kilroy DSC RN in 1949 and then sailed back to the UK where she was registered and based at Salcombe. Later she was used by the Junior Leaders Regiment Royal Engineers for sail training at Dover.

After a succession of owners, she suffered a fire in 1978 and was rescued as an insurance write off by Roger Angel who restored her in the 1980s and subsequently cruised her in UK and Mediterranean waters.

She was recovered from the Mediterranean by the Kilroy family in 2008 and was then gifted to The Boleh Trust who, with the support of the Heritage Lottery Fund and National Historic Ships, undertook a complete restoration of BOLEH in Portsmouth from 2011 to 2015. The restoration took account of BOLEH's design being a unique mixture of oriental and western small ocean sailing vessels, that her original construction in the British Admiralty Dockyard at Singapore was masterminded by Commander Kilroy with the help of Malay shipwrights using traditional skills, that BOLEH displays technical innovation in a number of areas and that her hull is of Chengai, a Malayan hardwood, one and a half times as heavy as oak.

The restoration was completed in 2015.

BOLEH is now used by the Boleh Trust, established in 2009, to support young people by offering sailing opportunities to develop teamwork and self-confidence, and to provide sail training and leisure time activities for members of the Armed Forces and their families for the purpose of promoting the welfare and efficiency of the Forces of the Crown.

BOLEH is currently based in Haslar Marina, Gosport.