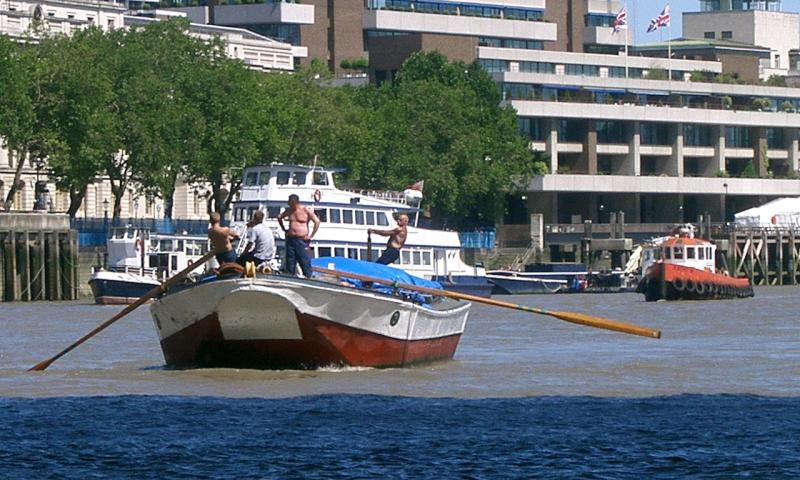 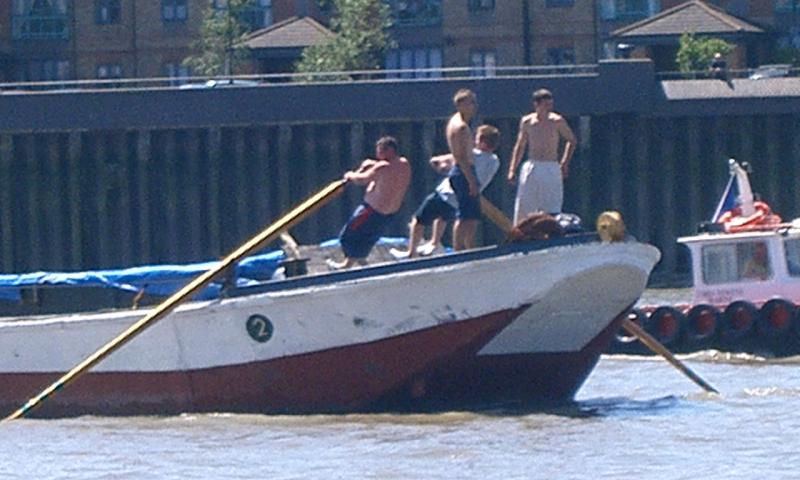 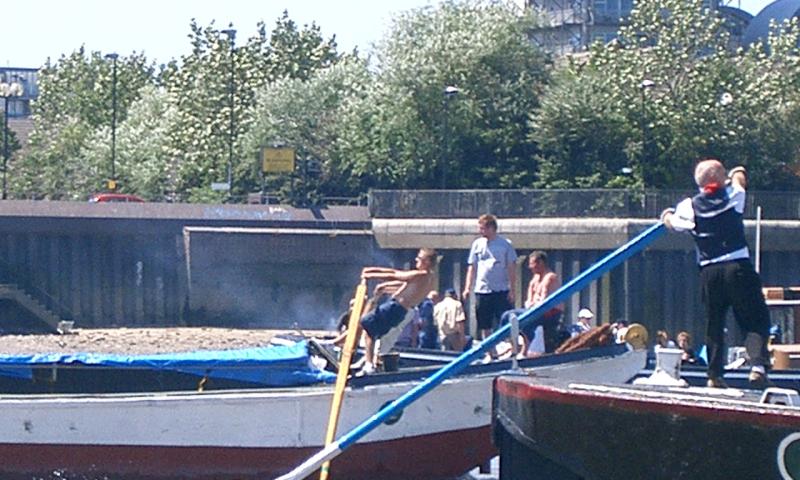 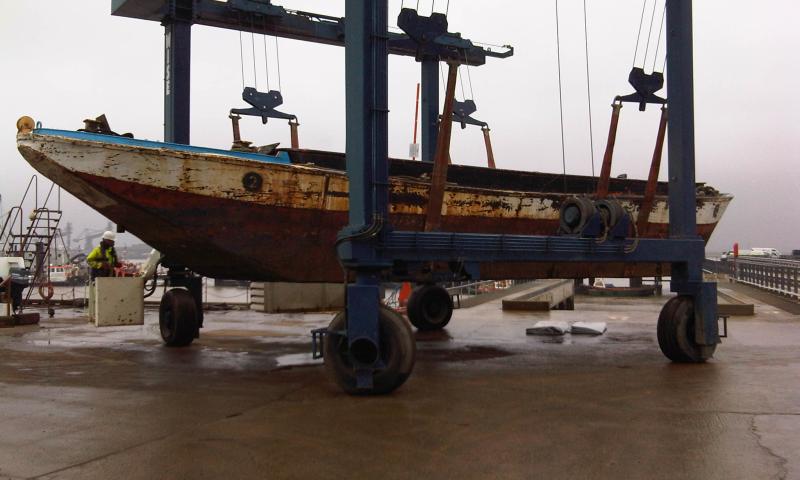 HOPPY is a Thames Rowing Barge - officially a punt, built in 1940 in London. She is of steel riveted construction and has never had an engine. She was first used to carry coal at Tunnel Pier, Wapping. The coal was transported from the shore to steam tugs lying in the river. Later she was sold to Toughs at Teddington where she was converted into a piling rig and various modifications were made; these were removed at a later date and she reverted to a traditional Thames rowing lighter. HOPPY is one of the last remaining Thames Rowing Punts traditionally rowed by Thames lightermen. She takes part in the annual Thames Barge Driving Race organised by Transport on Water which keeps alive the lighterage skills.