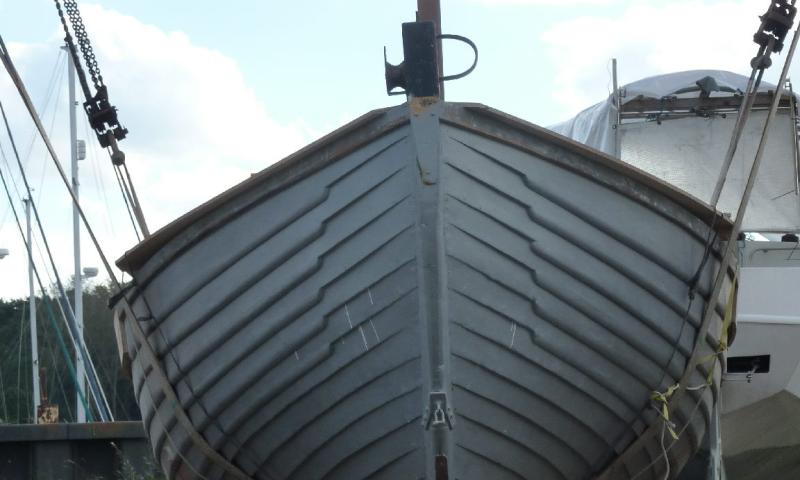 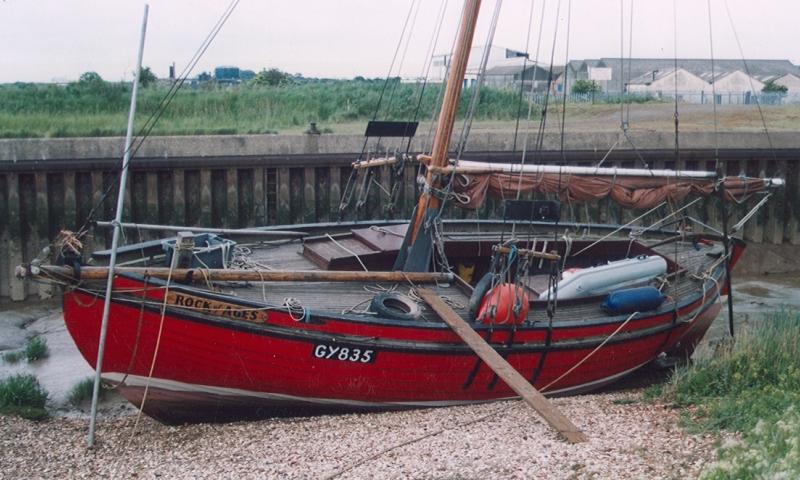 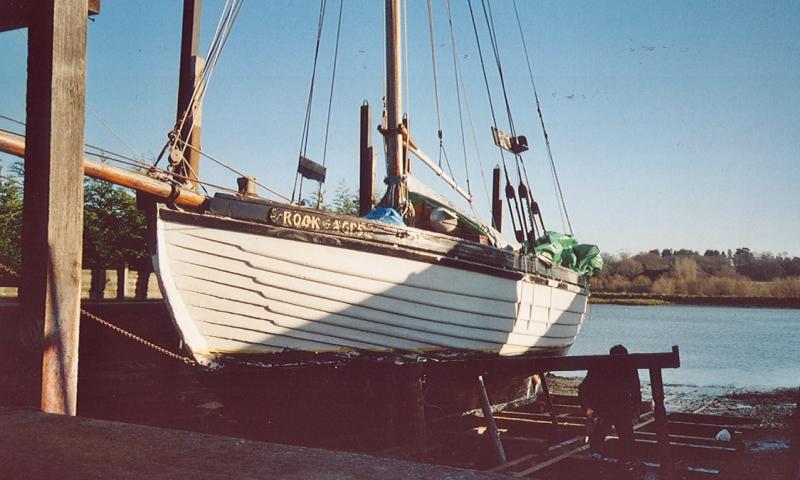 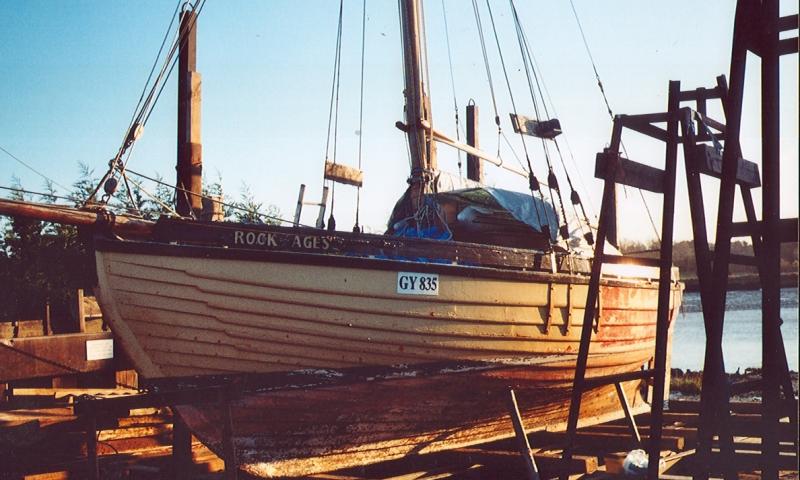 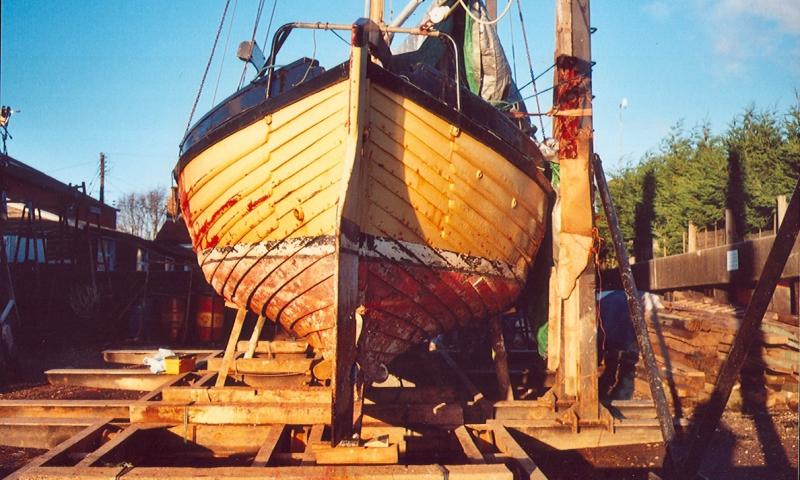 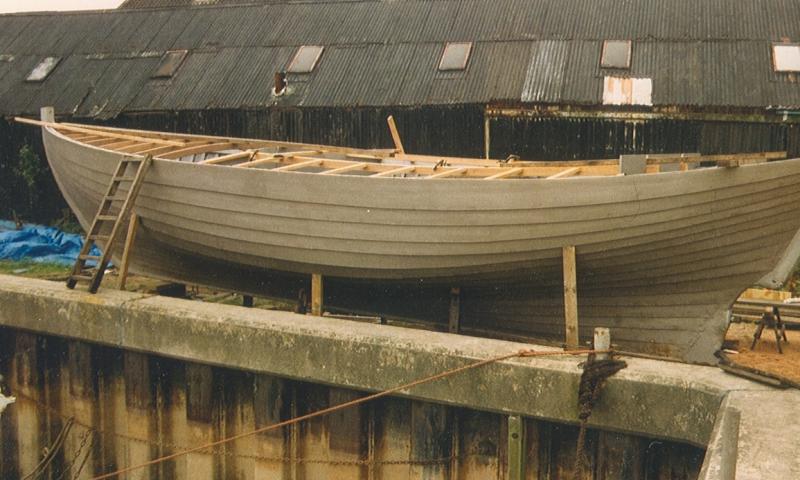 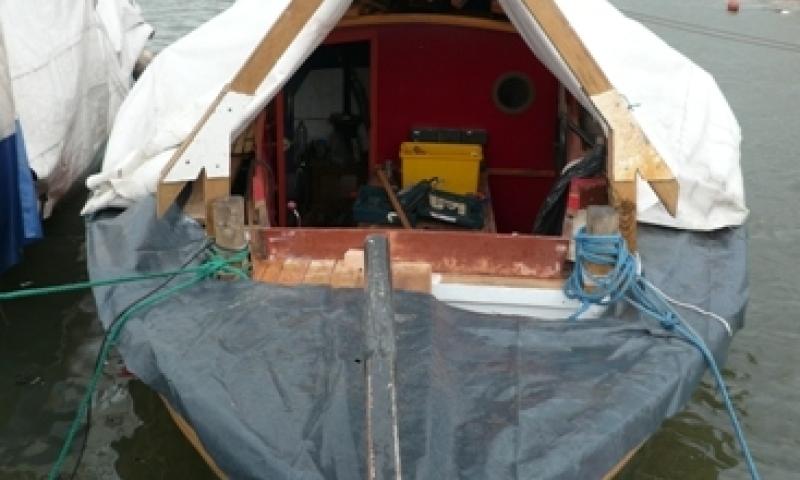 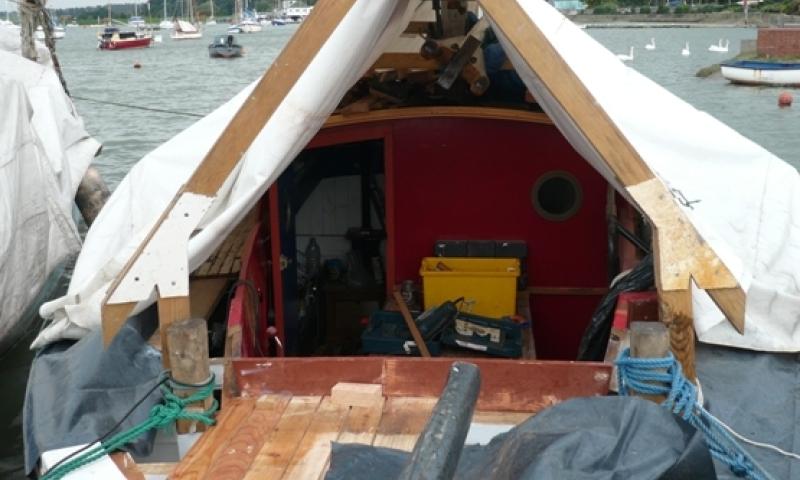 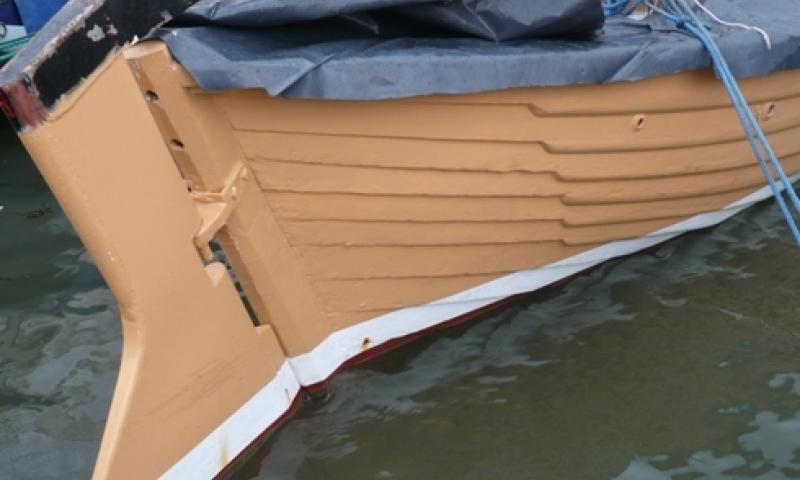 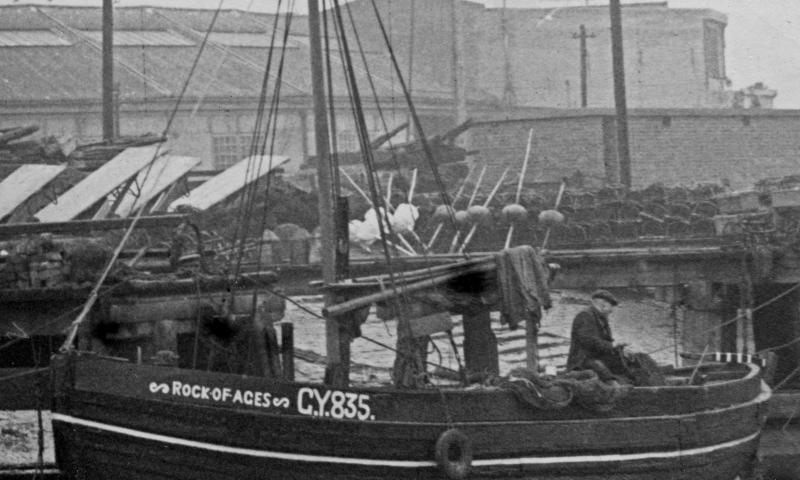 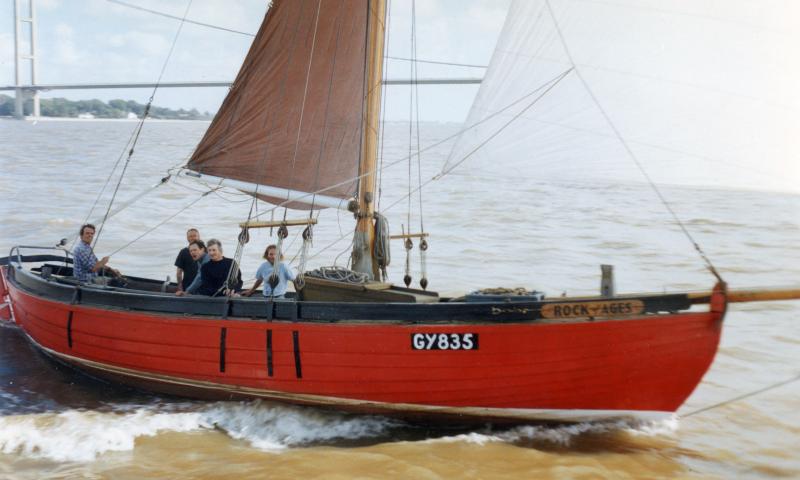 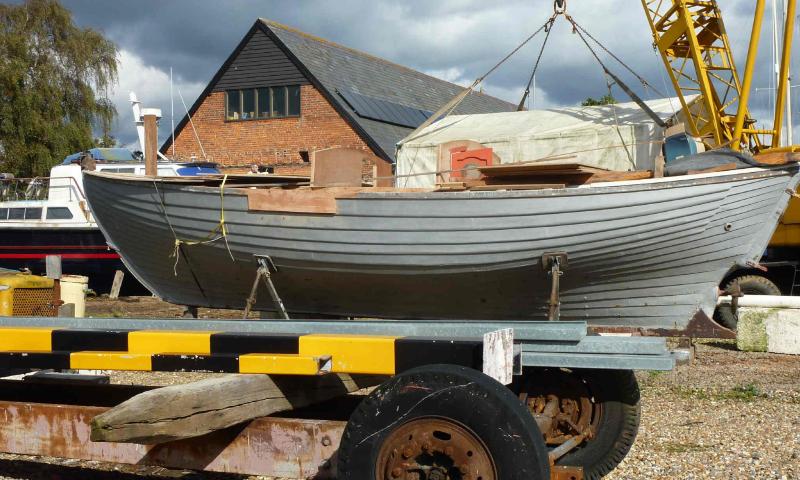 ROCK OF AGES was built as a crabber (a fishing vessel) by AM Gostelow of Boston in 1916. She is a clinker built vessel, constructed of larch on oak ribs with a Ford Tempest diesel engine. Little is known of her history prior to her purchase by her present owners. There is a tradition that the original fishermen who ordered her were Salvationists from Cromer. She has an unusual shape and there is no known example of a double ended vessel of this length built on the East Coast. In 2010, ROCK OF AGES was being conserved for use as a leisure vessel at Woodbridge, Suffolk. The final phase of conservation, including electrics, anti-fouling measures and varnishing, was underway in February 2019, and it is hoped to re-launch her in Summer 2019. 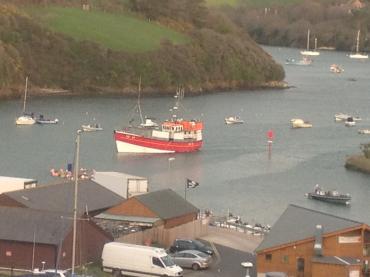