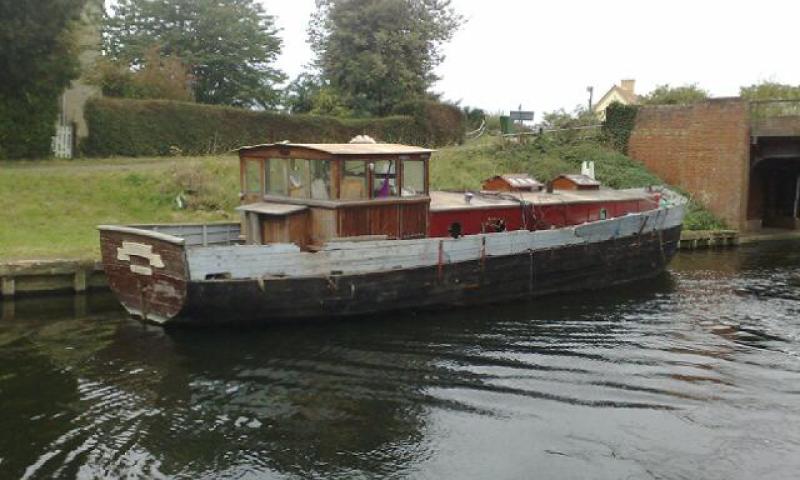 JESTER is the last known surviving ice wherry built for the East Anglian Cold Storage Company. The vessel is of double planked timber construction and has an inboard diesel engine. Motorised wherrys are said to have hastened the demise of the traditional sail powered Norfolk Wherry. JESTER was brought onto the River Cam over 10 years ago by the then owner, Rollo Cooper and has changed hands at least twice since then, latterly being used as a houseboat. In 2008 the vessel was abandoned at its moorings on a private field at Fen Ditton near Cambridge. The Conservators of the River Cam, the navigation authority, towed the vessel back to the Conservators Depot at Clayhithe, Waterbeach at the end of 2009. In 2010, the vessel was being advertised for sale to a good home.