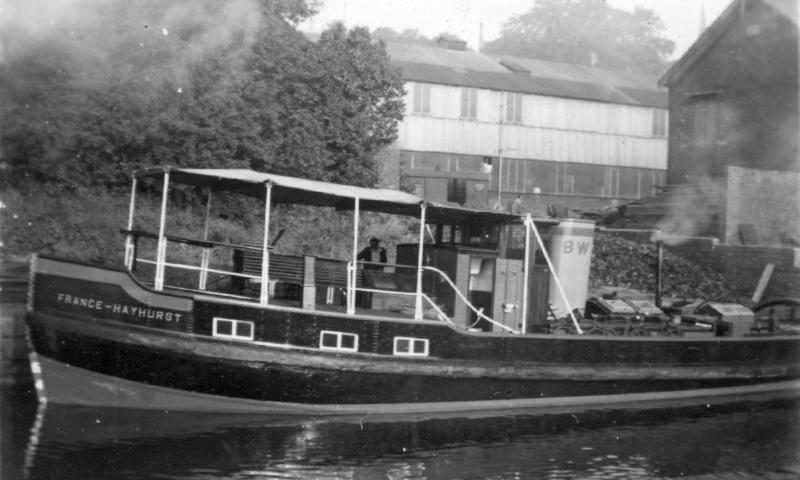 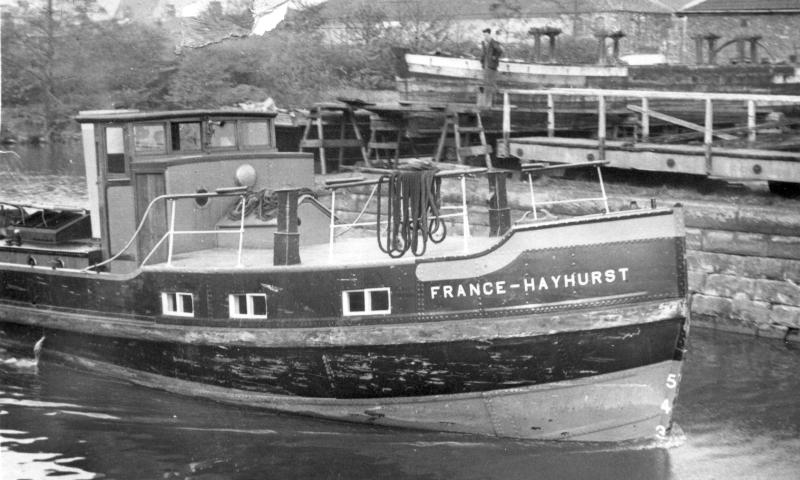 Originally built for, and named after, the trustess of the River Weaver, FRANCE HAYHURST began as maintenance craft, but having been built with a state room, soon became an inspection vessel for visiting dignitaries. She was taken into service by British Waterways until the 1980s when she went into private ownership and was sailed around the coast to Yorkshire. After some years, she fell into disrepair following the death of her owner, and she lay abandoned on the Aire and Calder. She subsequently had a succession of owners who had different plans for her, until she was bought in 2005 for restoration to a seaworthy state, in order to bring her back to the North West. She was sailed back around the coast to her current mooring in Liverpool, since when restoration has been ongoing. Her owner is a storyteller who intends to tour the Weaver and Mersey telling her tales.