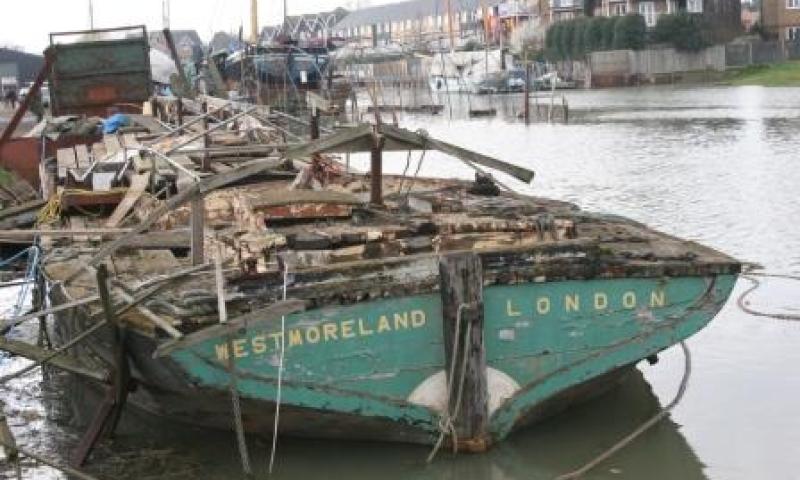 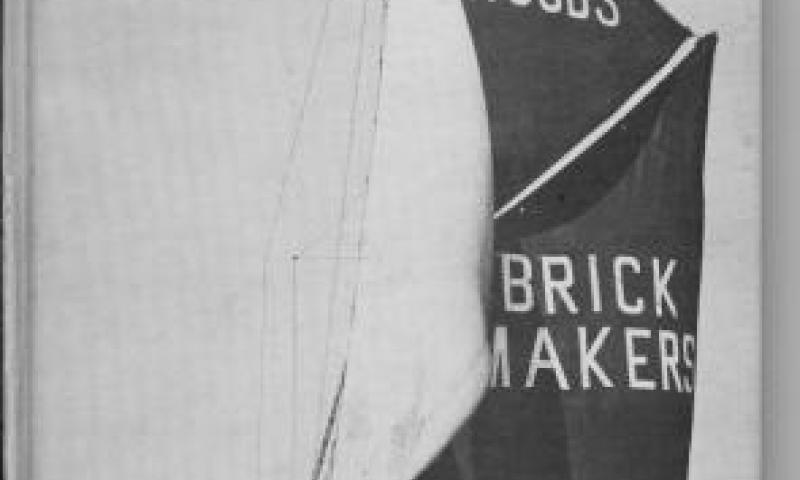 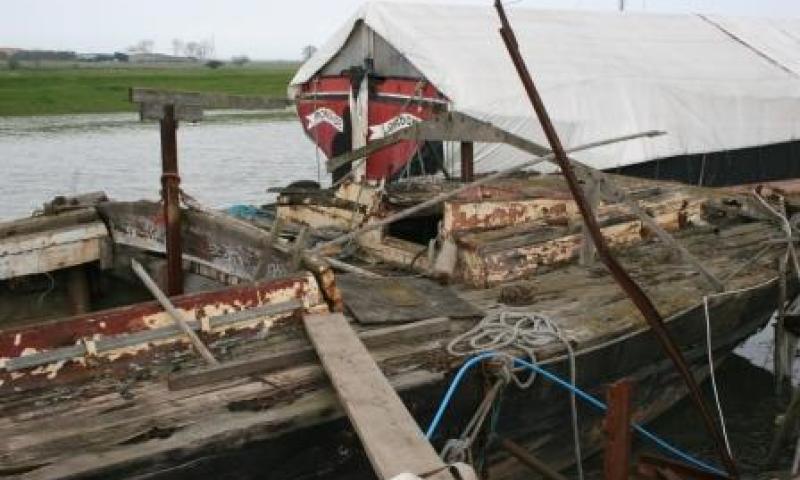 WESTMORELAND was built in 1900 by A. M. White, in Conyer, Kent and is believed to be the only remaining Kent brick barge. From 1900 to 1955, she carried bricks for Eastwoods Brickmakers from Lower Halstow to expanding Victorian London. Between 1955 and 1963, she was maintained by the company purely for racing in the Thames and Medway commercial matches. Ownership transferred to the Thames Barge Sailing Club in June 1963 who maintained and sailed her until she broke her back in 1973 at Hoo. The wreck was then sold and towed to Faversham for rebuilding. Substantial work was undertaken but never completed. At the time of registration, she was seeking funds for a full rebuild to restore her to full sailing condition as a reminder of our significant industrial past, and particularly her relevance to the local heritage at Lower Halstow and surrounding ports.