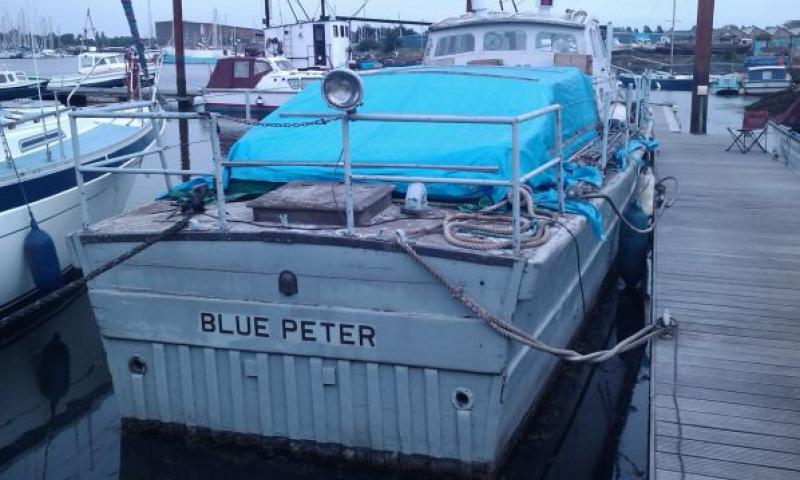 BLUE PETER is one of a small number of high-speed target tower boats named after the famous Epsom Derby winners of their day. There were only 21 of these 58 foot boats made between 1941 and 1944.

She was based at Cliffe (on the River Thames) in January 1942, per a schedule of Royal Naval vessels in home waters. Later on she was used as one of the command ships in the construction of the Mulberry Harbour in France. After that she served in Belgium waters and then as a patrol boat in German waters, possibly on the Rhine.