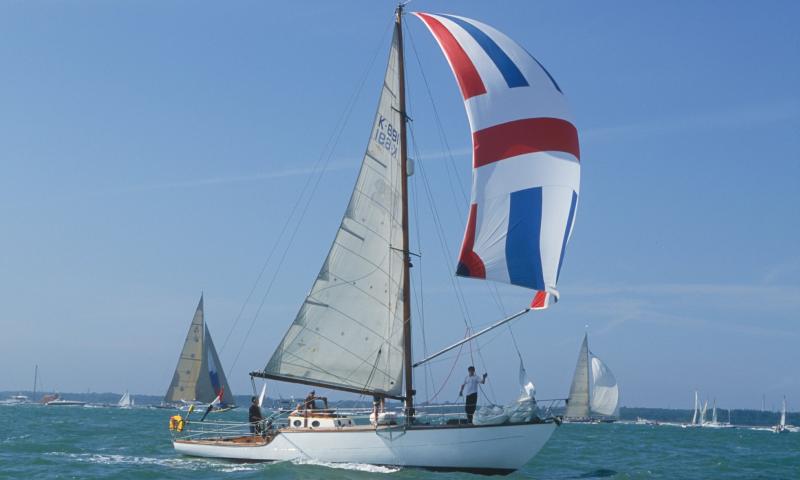 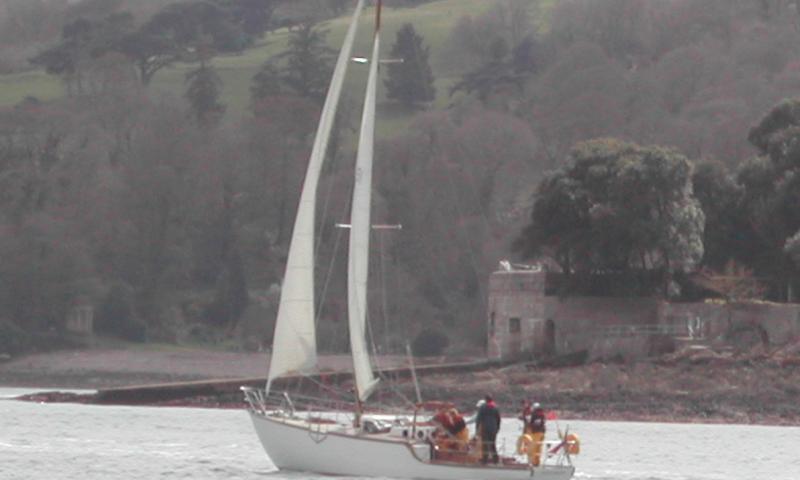 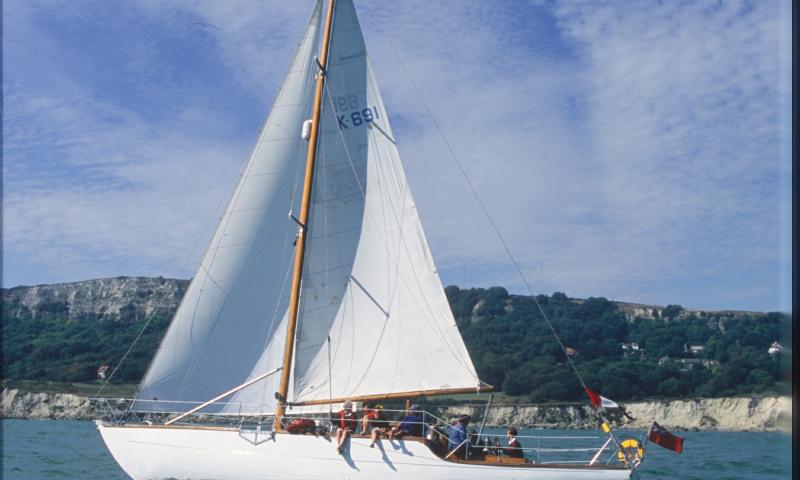 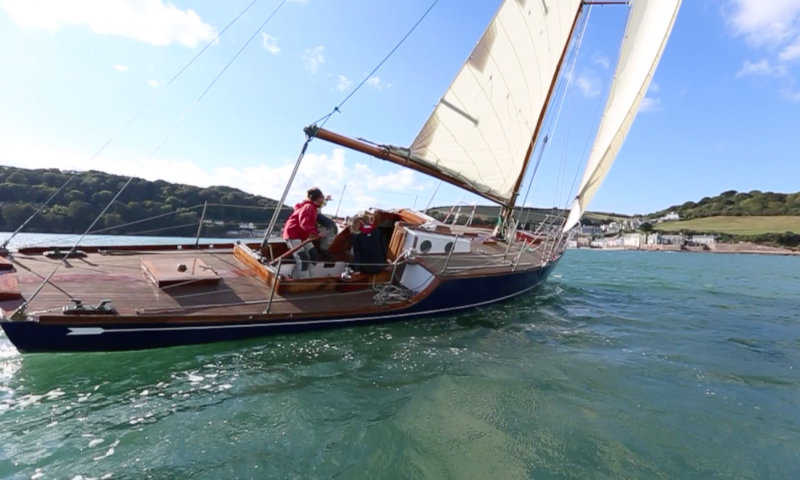 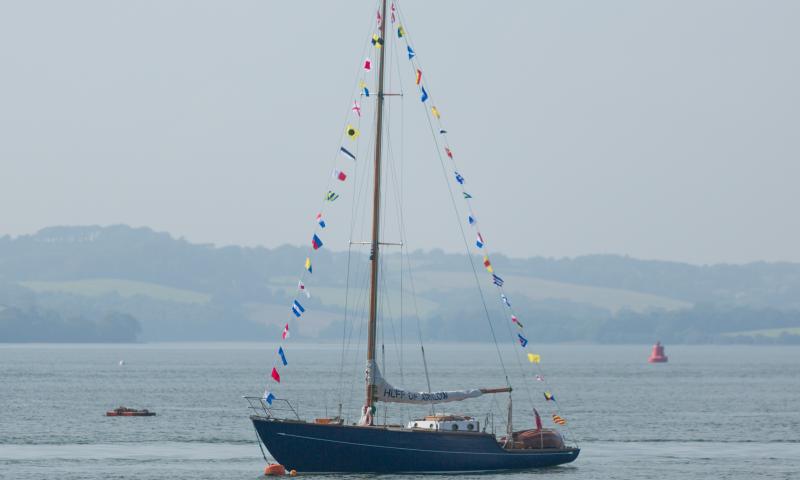 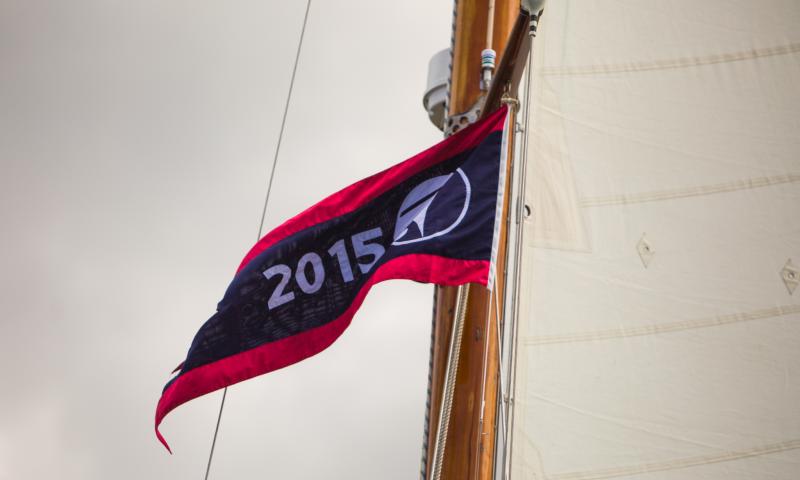 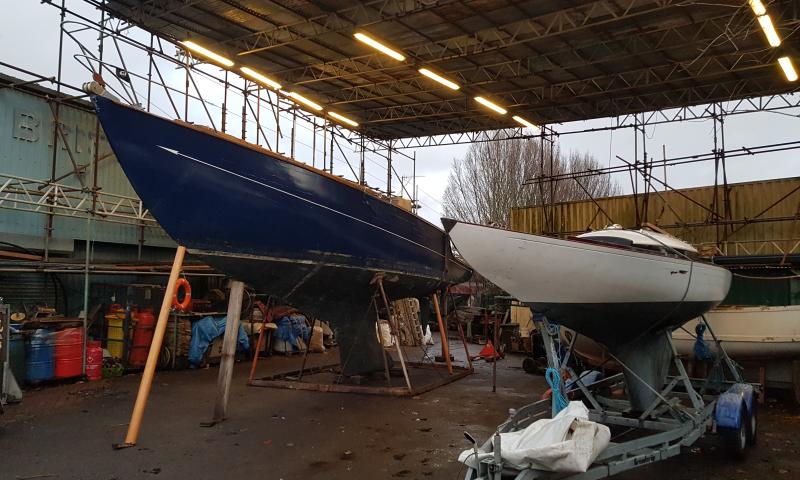 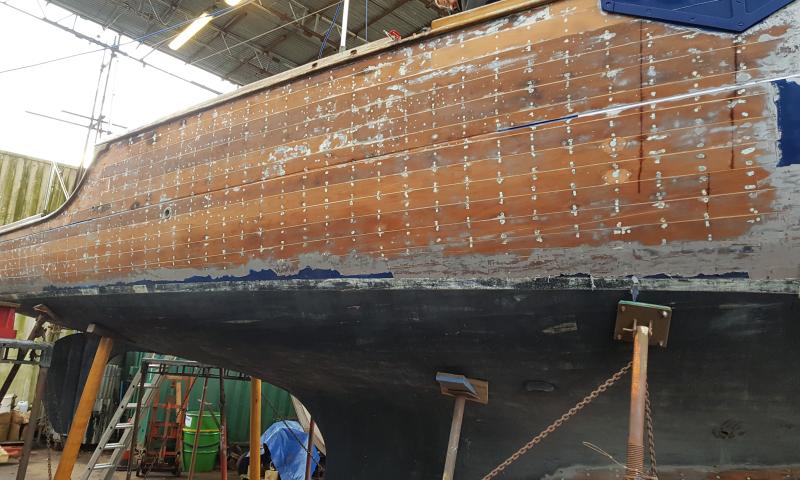 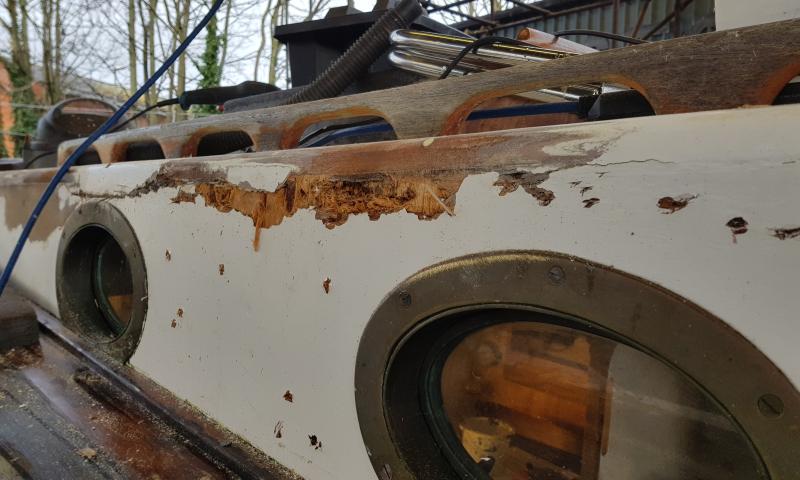 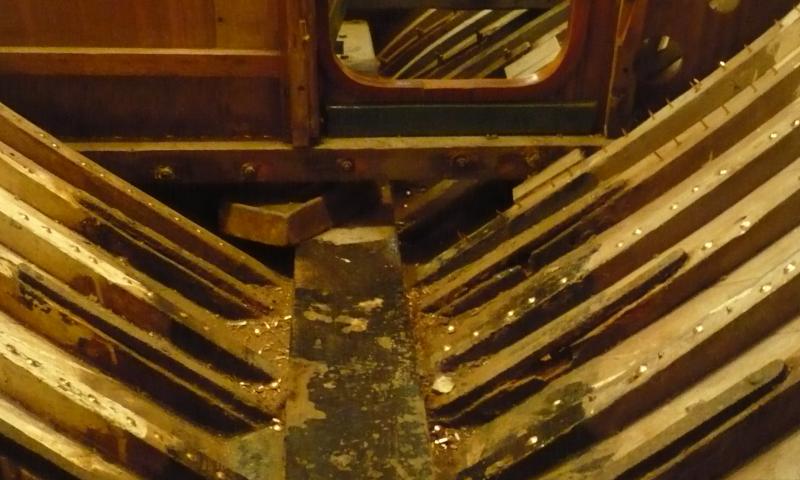 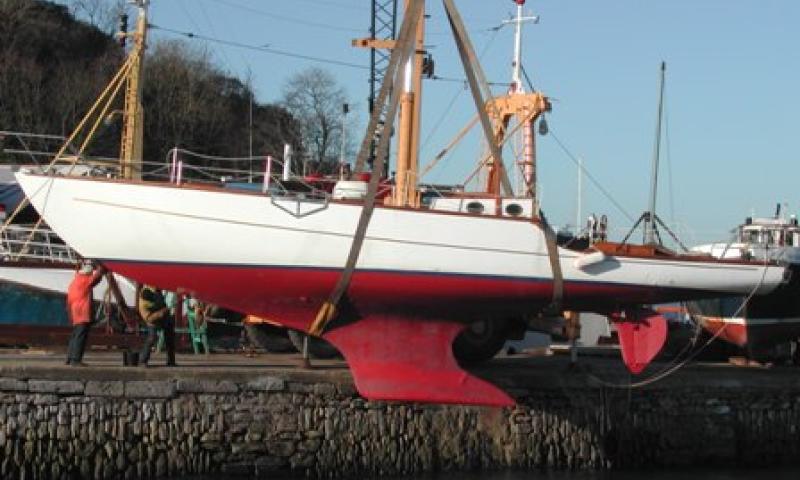 HUFF OF ARKLOW was one of the first masthead rig sloop, and the first ocean going yacht design to plane. Designed by Uffa Fox, mentor of sailing to the Royal Family for the RAF pilot Mr Douglas Heard, she was based upon the highly successful Flying Fifteen dinghy and is believed to be the only Flying 30 left. She is still today a very distinctive sight, but back in 1951, on her construction, she was so sensational to leave most observers speechless. She was built by Jack Tyrell & Sons of Arklow on two moulded skins of mahogany with the outer skin running fore and aft, whilst the inner skin runs diagonally. She was also noted for her speed. On her trip to Iceland in 1960, she recorded a speed of 23 knots and for that voyage, was awarded the Faulkner Cup, which she won again in 1962 for her trip to the Azores.

She changed ownership a few times and in the early 1980s, was nearly lost by arson. Re-built, she came into the ownership of EISCA which sailed her as a sail training vessel until 2009 when it was clear that a thorough restoration was necessary in order to bring the vessel back to her former strength to enable the charity to keep on running her as a sail training vessel. EISCA holds a unique film of her orginal build in Arklow in 1951 made by the owner itself and transposed on DVD.

In 2017, EISCA folded and HUFF OF ARKLOW was up for sale, near Weston-super-Mare in Somerset.  In January 2020 it was reported that the vessel is presently being recomissioned at Mark Rolt's yard in Bristol.