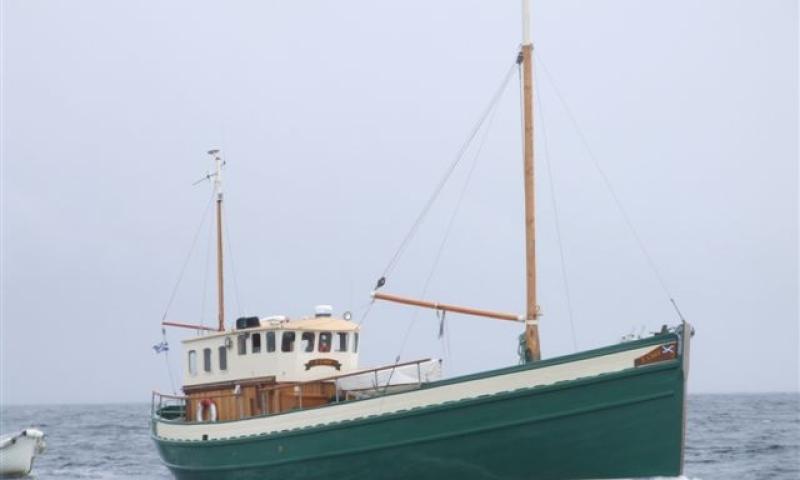 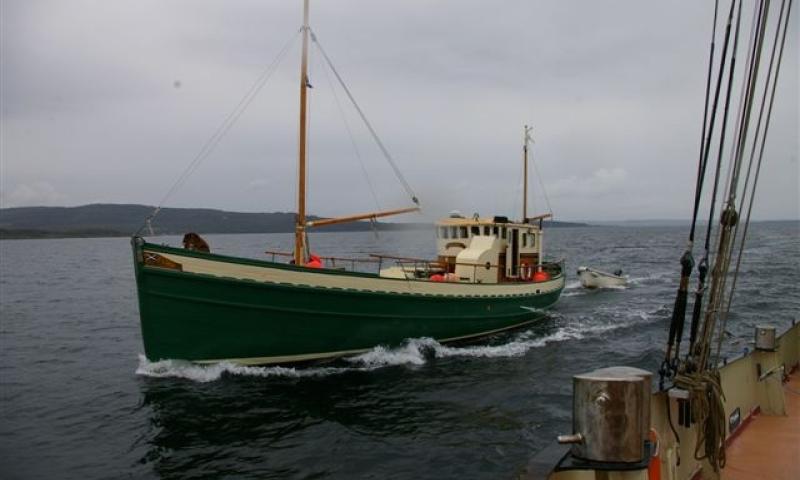 ST CLAIR was built by Fairlie Yacht and Slip in 1948 as a ring netter: a fishing vessel of timber carvel construction, larch on oak, and has a John Deere 6068DFM diesel engine. Starting life in Girvan, she moved north in the early 1950s and was owned by several fishing families around the Isle of Skye under the name KATHRYN DAYBREAK. The vessel's next move was to Stornaway and then Stonehaven before eventually being sold to an owner on the River Medway where she was bought by her present owner in 1999. ST CLAIR had a major restoration between 2000 and 2009 including a complete hull rebuild and is now a private leisure craft.