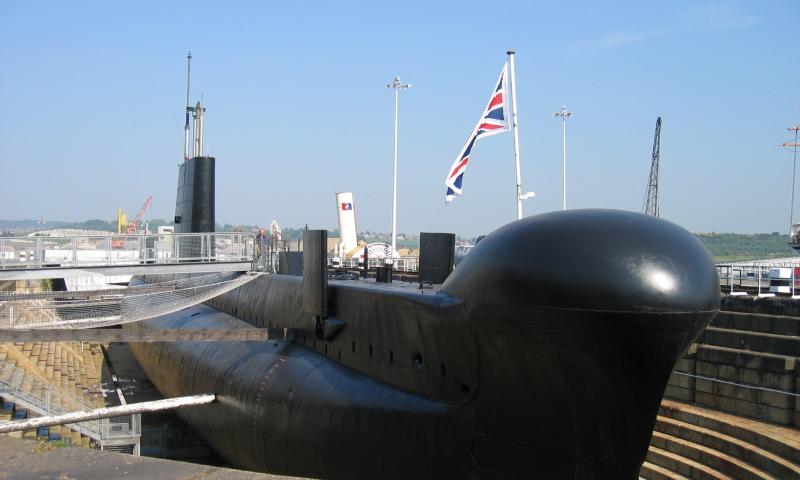 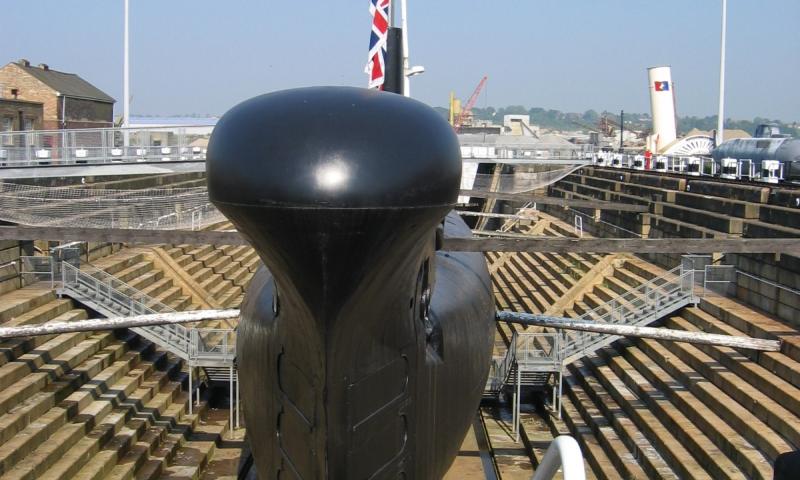 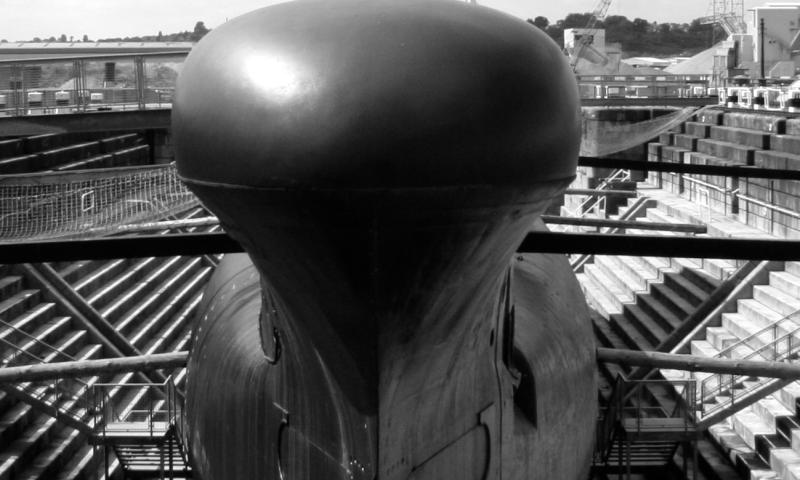 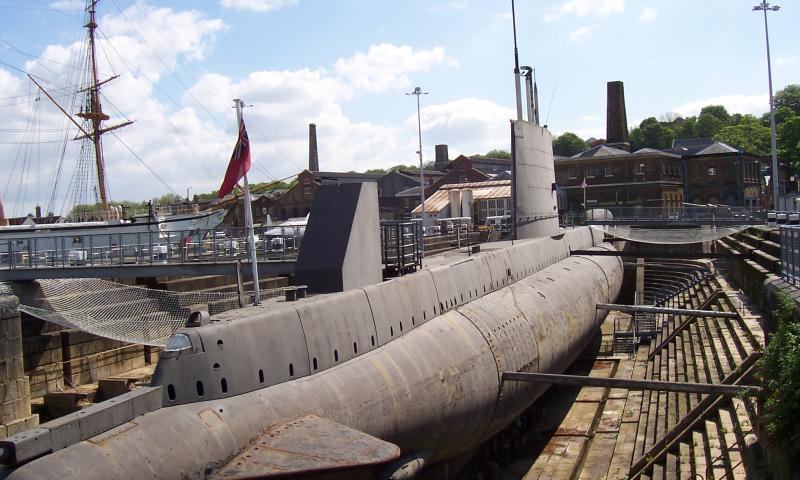 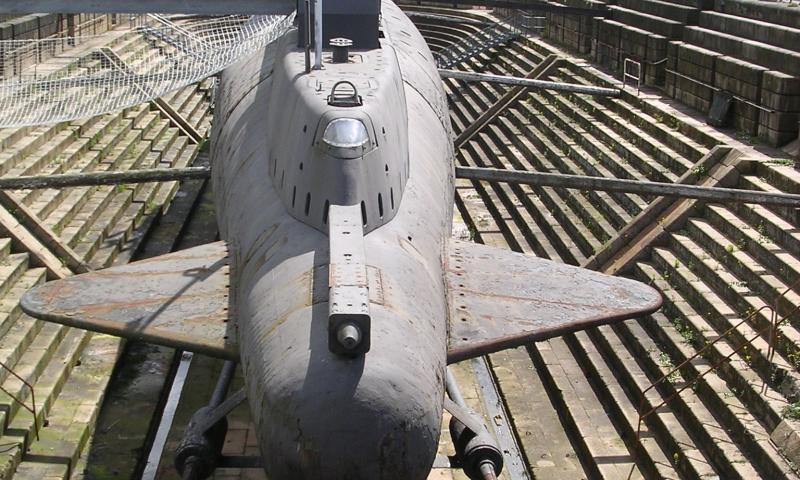 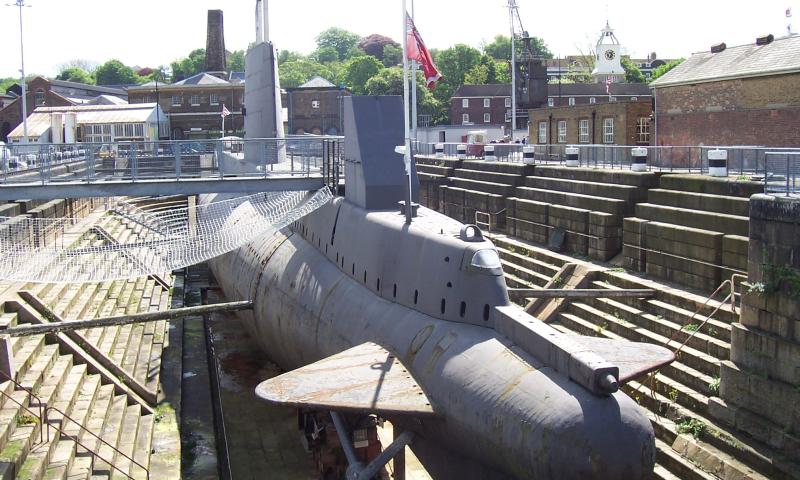 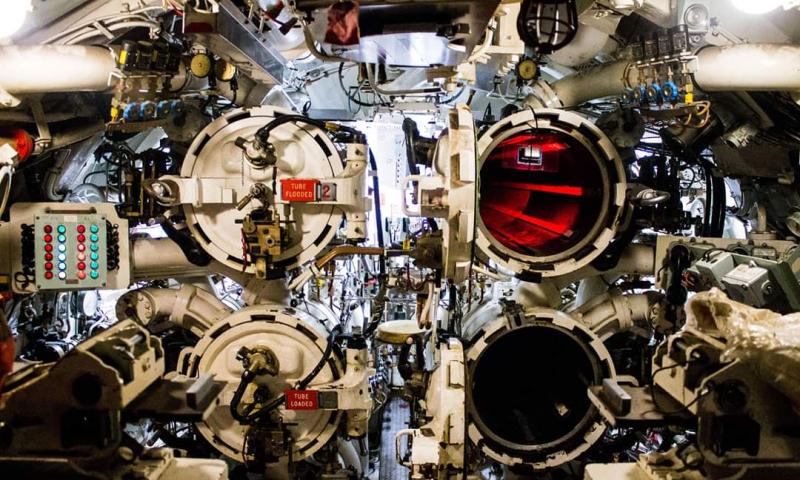 HMS OCELOT was launched in May 1962 from No. 7 Slip at Chatham Dockyard.  Significantly OCELOT was the last submarine to be built in Chatham Dockyard for the Royal Navy.  She was paid off in August 1991 and returned to Chatham Historic Dockyard in 1992.

OCELOT was one of the thirteen Oberon Class submarines built for the Royal Navy between 1959 and 1964.  The Oberon Class were all diesel electric boats which were capable of high underwater speeds of up to 17 knots when submerged.  They also carried improved detection equipment over their predecessor the Porpoise Class, and were armed with homing torpedoes.  Additional improvements included the soundproofing of all equipment making the Oberon Class the quietest submarines in existence.  As such, their design lent themselves to maintaining continuous submerged patrols performing surveillance and intelligence gathering missions, a role that became vital during the Cold War.  O-boats of the Royal Navy were primarily involved in missions across arctic Europe.

The Ministry of Defence have yet to release in-depth papers relating to the specific operations and campaigns that OCELOT was involved in.  However the fairly routine navigational records of her logs provide an overall idea of her history.  After being commissioned on the 5th of January 1964, she joined the Third Submarine Squadron based at HMNB Clyde at Faslane.  It is known that in the first three years of commission she sailed over 90,000 miles engaged in exercises and trials around the Clyde and Londonderry areas as well as in the Mediterranean, and in 1965 the Baltic.  During the 1960’s, OCELOT, like many of the other O-Boats, was heavily involved in trialling submarine equipment, acting as a target for aircraft and assisting ship trials and training.  She particularly contributed to important work testing Mark 24 torpedoes.  It is also known that Ocelot carried out NATO exercises during this period.  On the 24th of July 1968 the submarine was visited at sea by the Ministry of Defence Secretary and the Second Sea Lord who arrived by helicopter, a still unusual and at the time perhaps rather pioneering event.

Throughout the 1970s exercises took OCELOT further afield particularly to the Caribbean.  One notable incident in her history saw her involved in the salvage of HM Submarine ARTERMIS which famously sunk when moored at the RN submarine base HMS Dolphin in 1971.  Although ARTEMIS never returned to service, OCELOT’s crew helped to rescue the 3 ratings trapped onboard and bring the vessel back afloat.  OCELOT was eventually paid off at Chatham Dockyard in August 1991 having been on active service for the Royal Navy for 27 years.