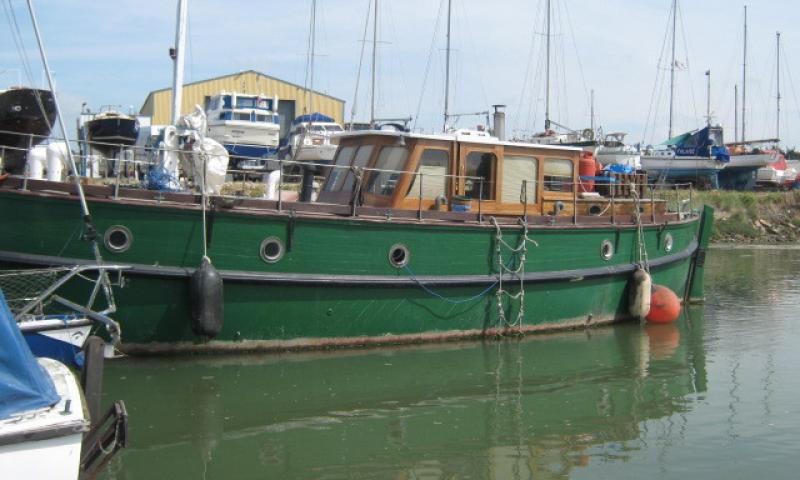 MARY SCOTT was built as a Norfolk and Suffolk class lifeboat by J Samuel White & Co. of Cowes, Isle of Wight in 1925. She is of double diagonal mahogany construction and her current engine is a Lister diesel model MG616 installed in 1954.

During the second World War the vessel took part in the Dunkirk evacuation, bringing back 160 men from the beaches. Subsequently she served as a lifeboat, assisting in many rescues until 1953 when she was sold out  of service and renamed ATAMUA  by her new owner. With some changes of ownership she operated as a leisure craft until 1990. Between 1995 and 2007 she sat neglected and was then bought by her current owner and started a restoration project. This is continuing but in 2010 she returned to Dunkirk .