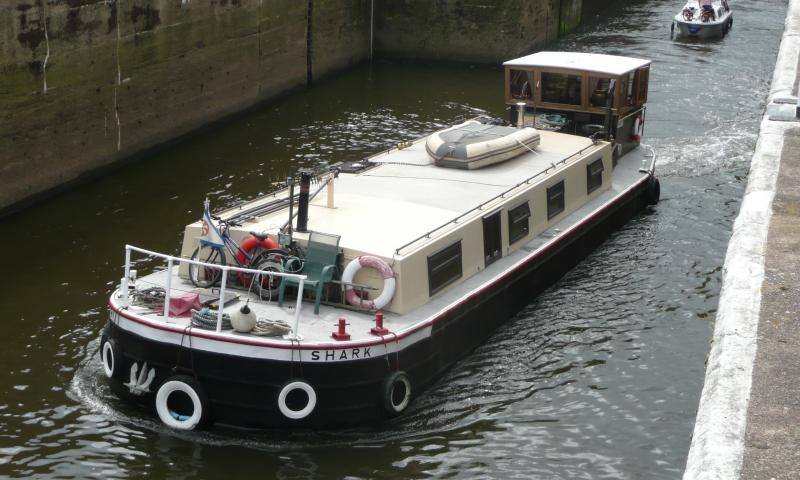 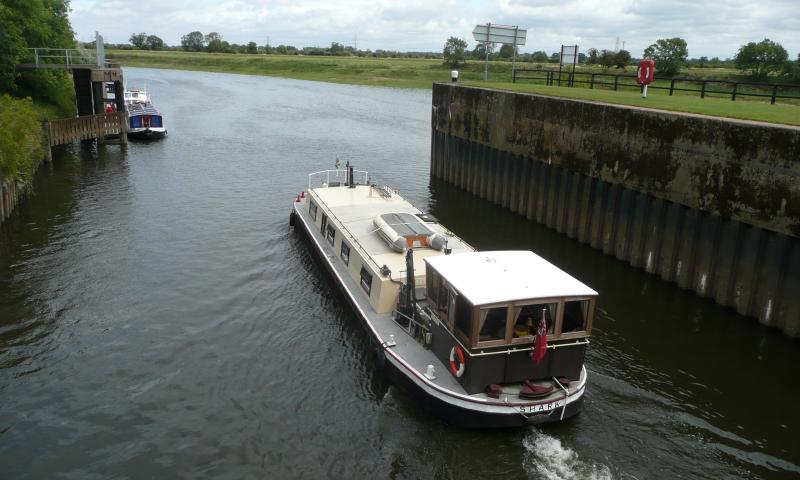 SHARK was one of three hoppers built for the British Waterways Board.  They were the first motorised mud hoppers, designed to replace the Tom pudding type, and known as the Mammel Class.  Other small classes, such as the Planets and Stars were subsequently built to service the narrower canals and waterways.  SHARK and her sisters WHALE and GRAMPUS were designed for the larger waterways.

SHARK continued in service with British Waterways until 21 July 1993 when she was sold into private ownership.  Three years later on 20 March 1996, she was purchased by her present owner for restoration and conversion.  The original engine, a Lister HA2, was replaced with a recon unit in 1967.  This in turn was replaced by the current Beta Marine engine in October 2001.