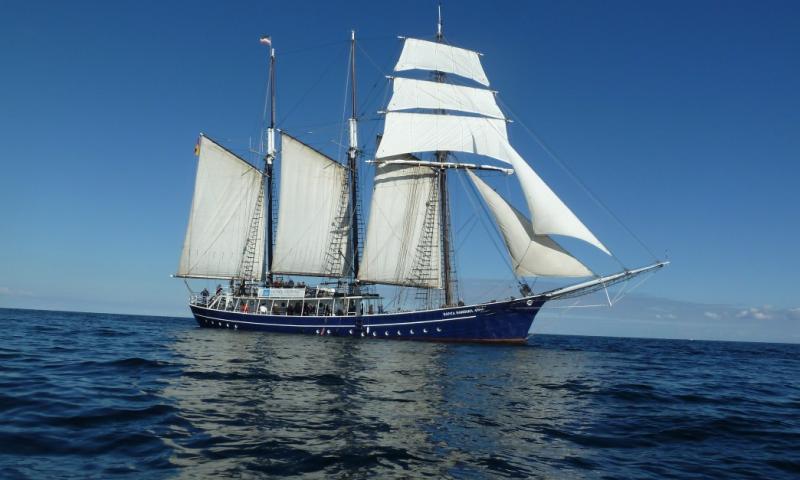 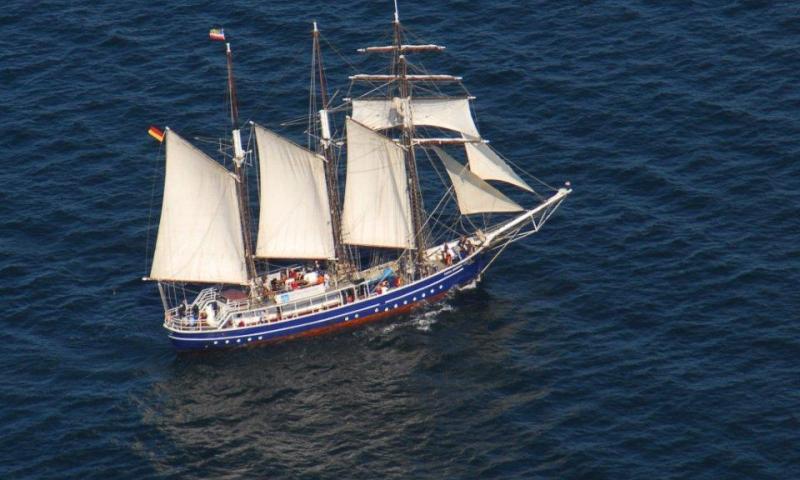 SANTA BARBARA ANNA was built as a fishing trawler by Richards Ironworks of Lowestoft in1951 and fished out of Lowestoft and Fleetwood until she was laid up in 1973. In 1984 she was converted to a 3 masted topsail schooner. Through a succession of owners and enterprises she was found in Plymouth in 1991 and sold to Joseph Maria Kelly for private use and later for charter work.

In 1995 she arrived in Rostock, Germany having been ceded by the Kelly family for use by teenagers and adolescents funded by the City of Rostock. At the time fo registration, the vessel was continuing with this work and was in good condition.