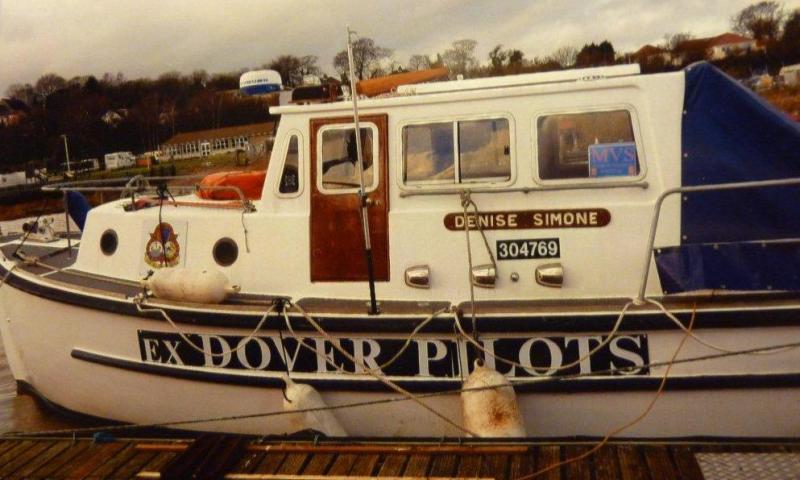 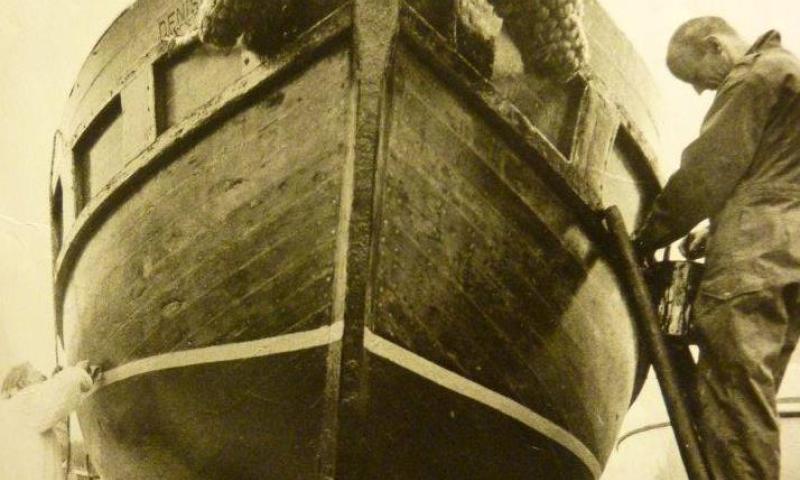 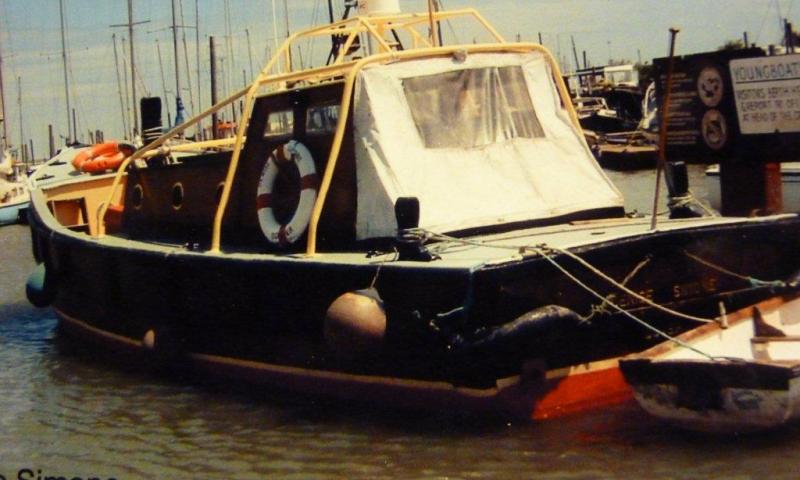 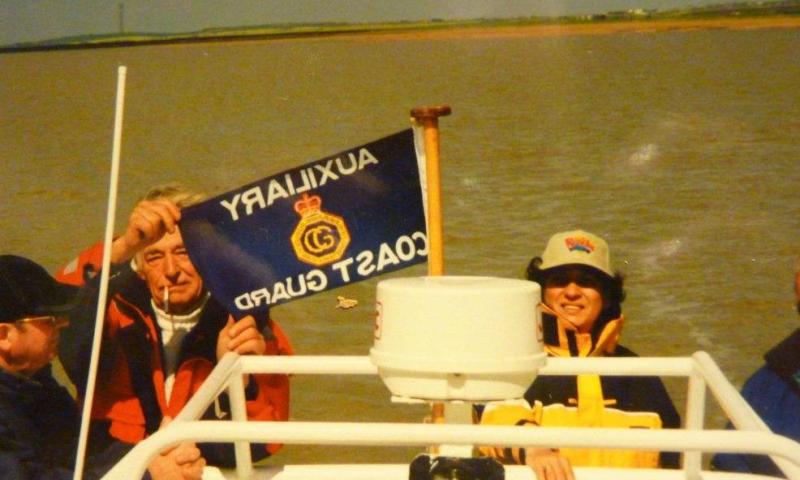 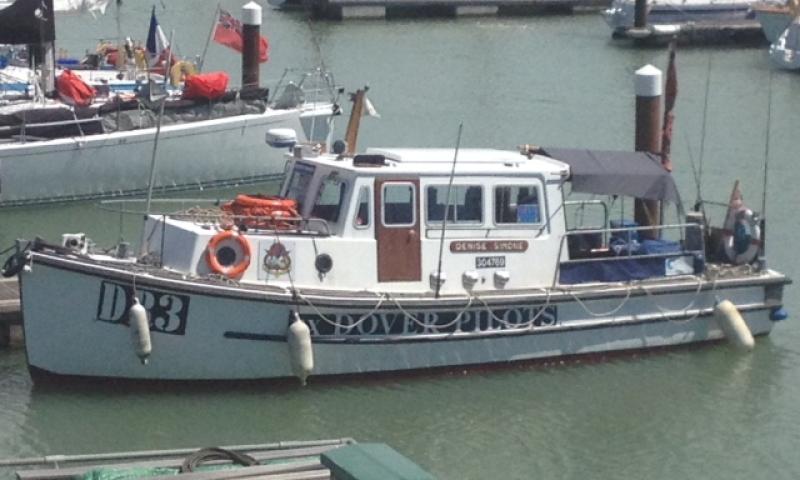 DENISE SIMONE is a vessel of timber carvel construction with a Ford 4107E diesel engine, built by R J Perkins of Whitstable in 1962. Their yard on Island Wall is now Keams Yard Car Park. She was originally the Dover Pilot Vessel and served in this capacity from 1965 to 1985. R.J Perkins were building a yacht for the Wiltshire Brothers, Jeremy & John, The yard was taken over by their company "Wiltshire's" of Canterbury just to finish the yacht. Anderson, Rigden and Perkings, of the Shipyard, Island Wall were given the job of completing the build of the new boat for Hammond of Dover. Vic Friend, Alan Staley, and Chris Knott were sent along the road to caulk the new hull, and pay up the seams with putty, and to also apply a coat of primer below the waterline, and varnish above. The hull was launched down the beach and one of the local fisherman towed it along the sea front to the Anderson's shipyard site where it was pulled up into one of the workshops (now a housing development where it was completed by the Yard Manager (Harry Beal) and Boat Builders Ernie Wood, Vic Friend, Jack Sinclair, and Dave Woodman. She remained in Dover until purchased by "Beefy" Wildish, and moved to Oare Creek.

One of just three built in Whitstable she had enormous strength with towing gear and bollard to support the port as a pilot tug. In the days before the present marina Dover Docks were very busy with coastal cargo ships frequently visiting. She was the last working wooden pilot vessel  in the UK. Subsequently she was commissioned as an Auxiliary Coastguard Vessel until 2007 when she was sold into private ownership.

As of December 2019 it was reported that the vessel was now berthed at Lower Upnor undergoing cosmetic restoration.