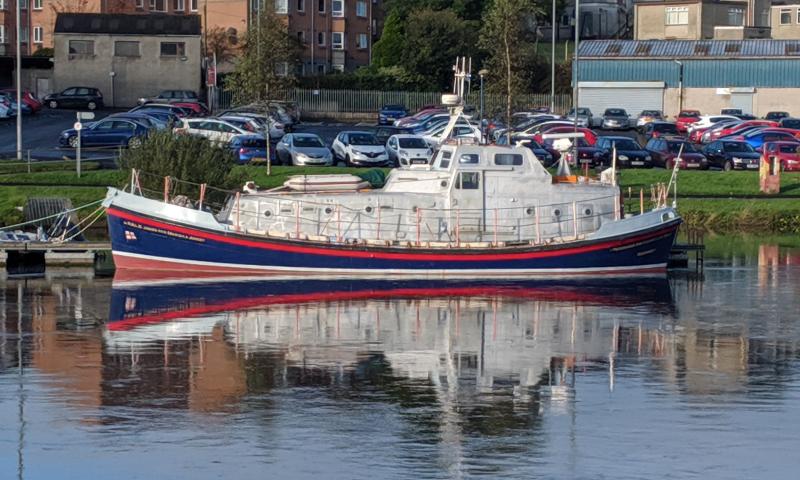 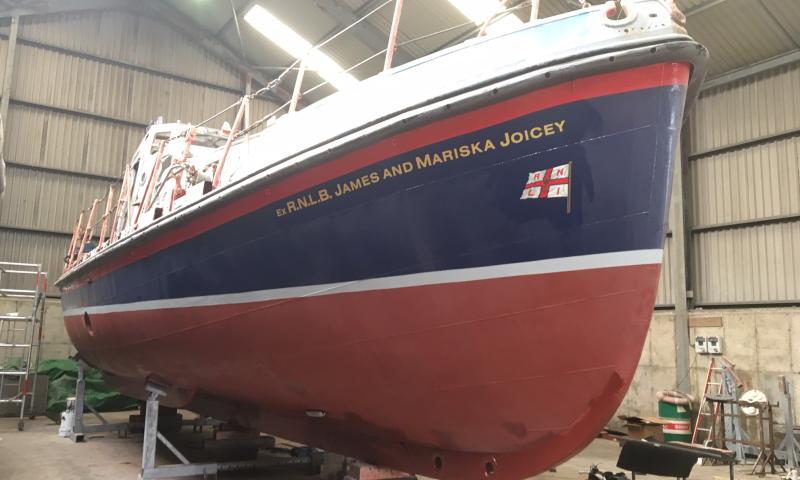 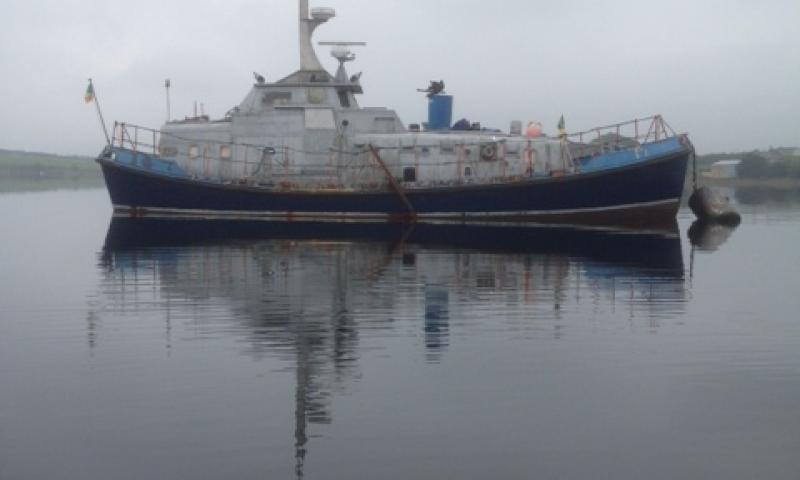 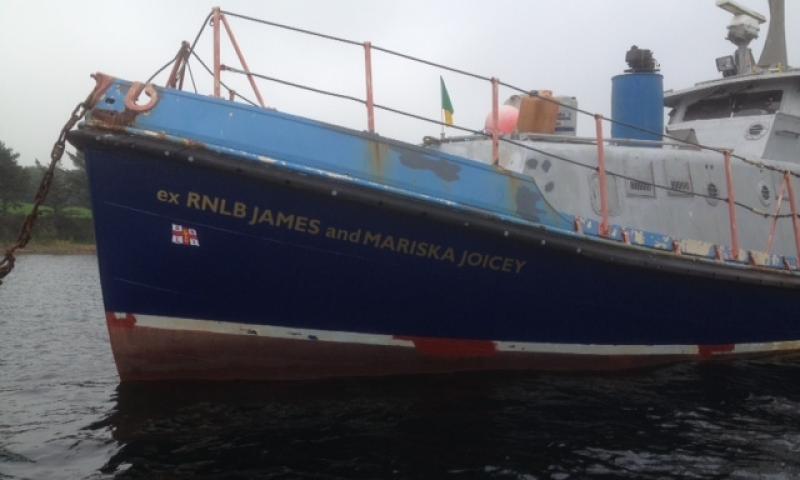 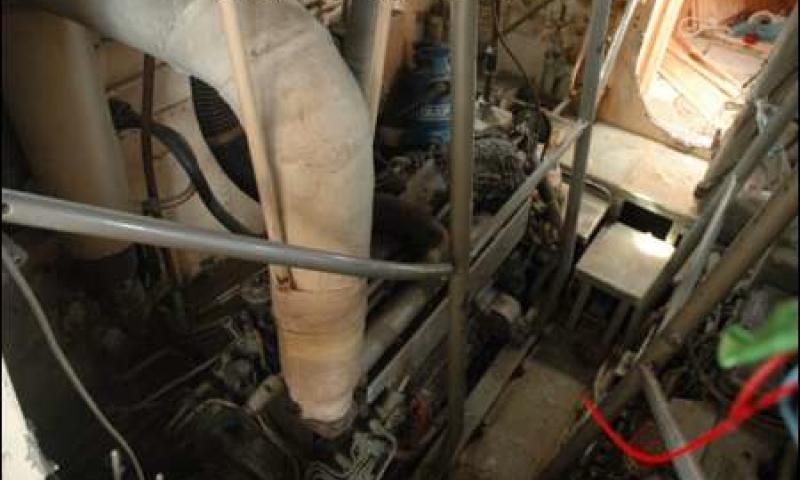 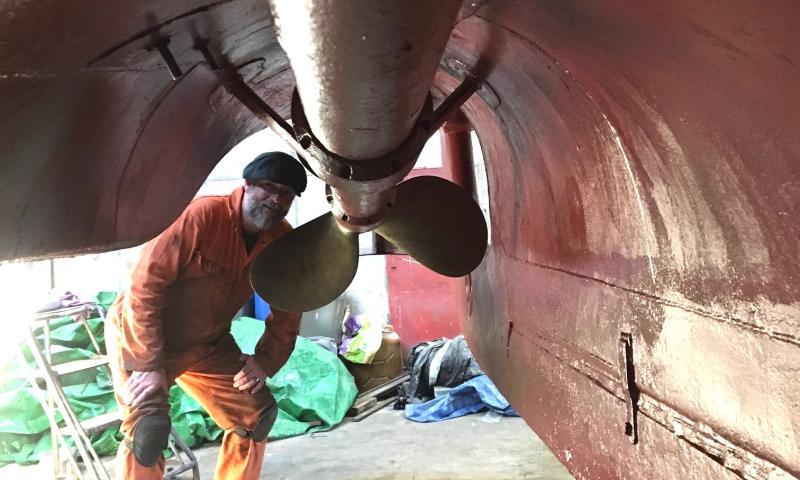 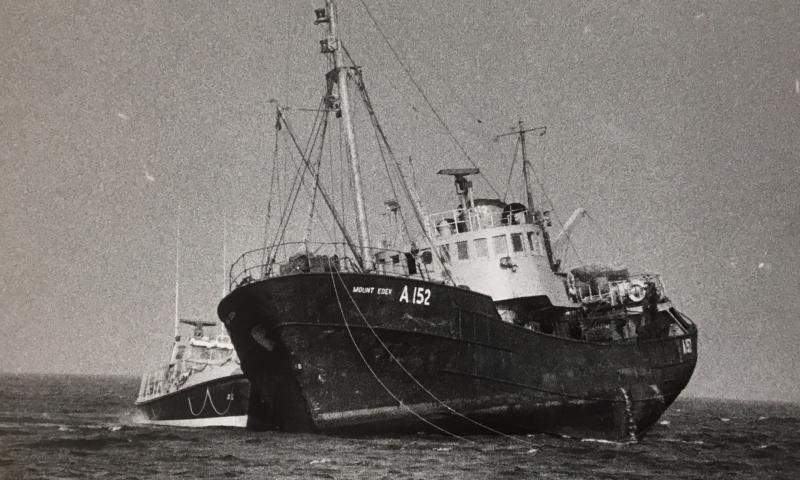 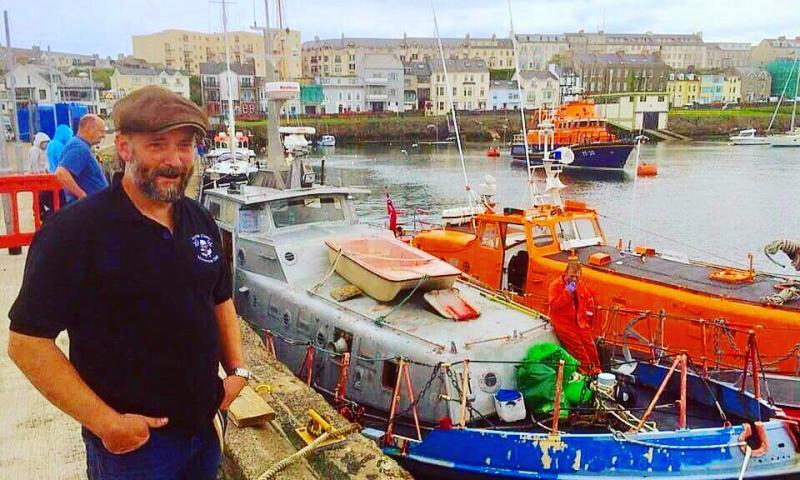 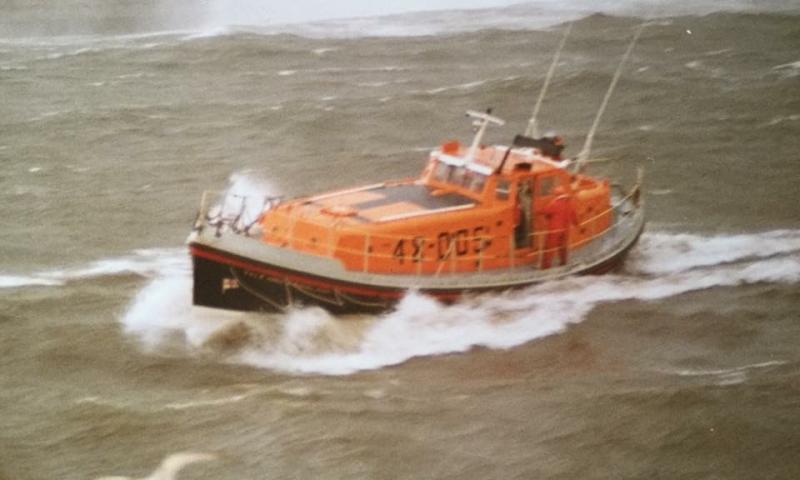 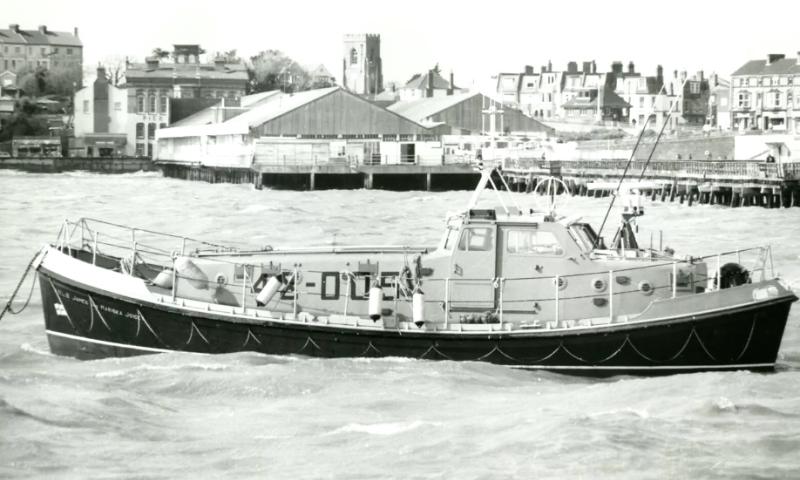 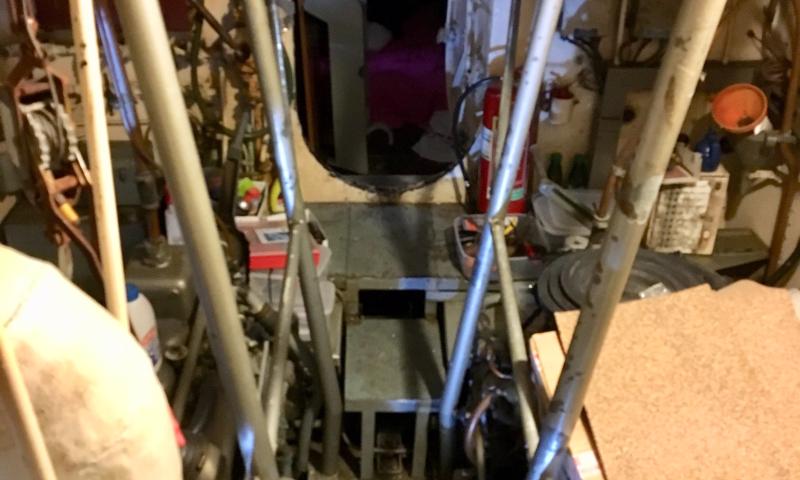 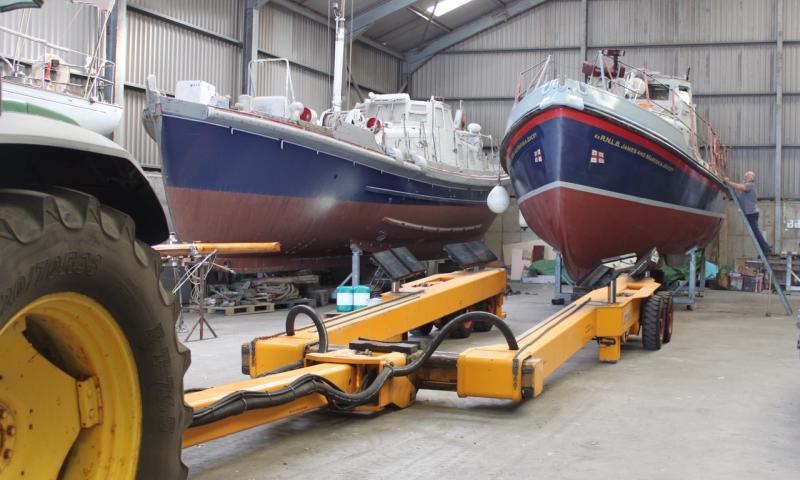 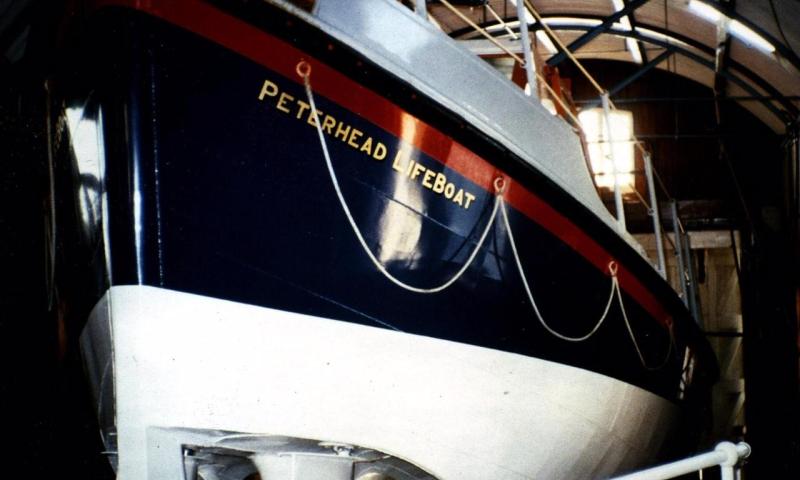 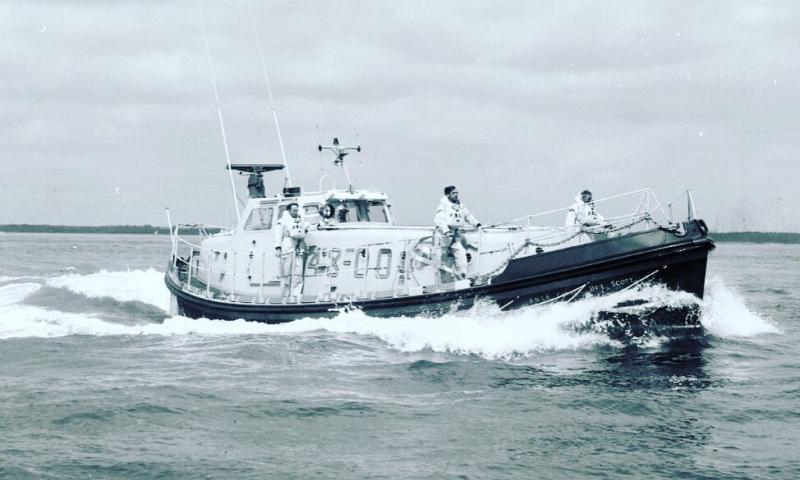 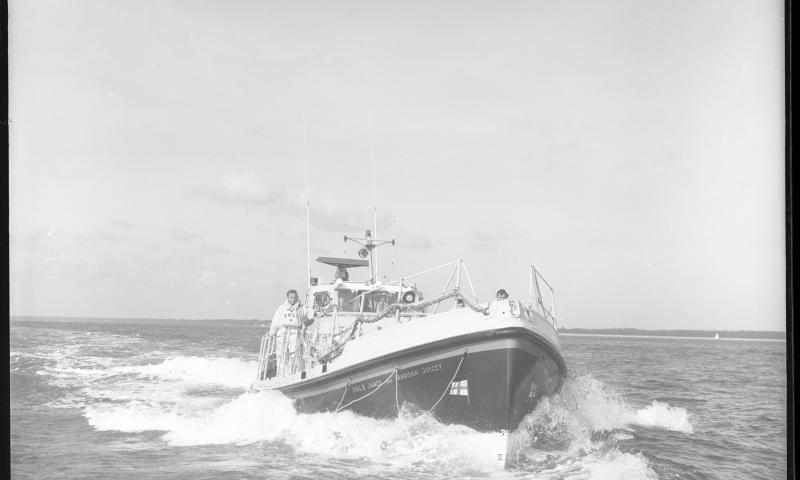 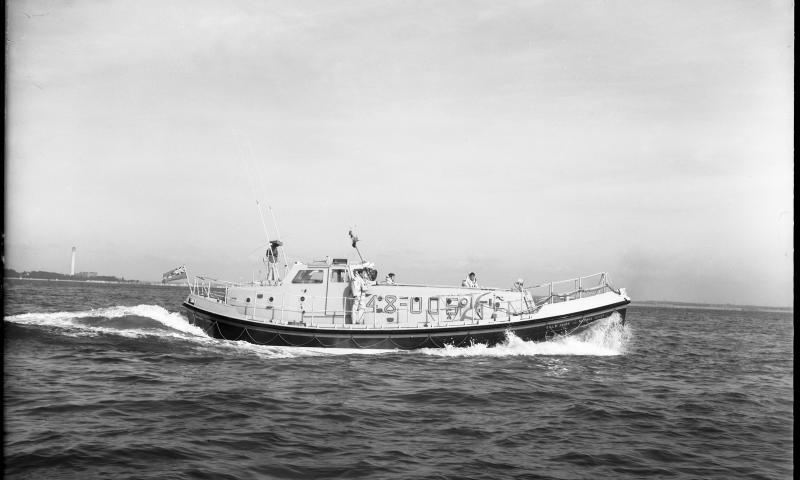 JAMES AND MARISKA JOICEY, an ex RNLI Solent Class Lifeboat, was built in 1969 by Groves & Gutteridge at their famous boatyard in Cowes, Isle of Wight. The second of the class built, there being eleven in total, nine in Mk1 form which were followed by three Mk2 variants which had a revised wheelhouse and fenestration layout.

She operated initially in NE Scotland as the RNLI Peterhead lifeboat, 1969-86, and after a refit in late 1986 moved to the SW in Cornwall on station as the RNLI Lizard lifeboat between 1987-88 and then in the RNLI relief lifeboat fleet 1989-90, including a spell at Walton & Frinton RNLI station.

During her service with the RNLI she was launched 173 times on service and saved a total of 41 lives.

Sold out of service by the RNLI into private use via tender in 1990, initially going to Southampton where she acted as press & support vessel for the newly re-commissioned SS Shieldhall.

The next phase  for her was a relocation to Dartmouth under the new name of Mirage of Dart.

Following her time at Dartmouth J&MJ, along with her sister Solent Class Lifeboat, Royal British Legion Jubilee fell into the ownership of smugglers and was modified with extra fuel capacity for long distance clandestine voyages before being intercepted and impounded by UK Customs on the Thames in London. Exact dates for this are being researched and any additional information for our archives would be gratefully received.

Subsequently she was sold via auction to a private owner who in turn sold her to a religious group in the late 1990s. They sailed her via the Channel Islands up to the inland loughs by Mulroy Bay in County Donegal, Eire.  A conversion was started by abandoned after a couple of years when she dragged her anchor during a storm surge and was left marooned on the shoreline in around 2001. The religious group continued to owner her but work was halted and the boat was in a semi-vandalised state when acquired by the present owners in December 2013.

Technical difficulties appertaining to her launch were overcome in August 2014.  Then, after a basic re-commission, in July 2015 J&MJ successfully sailed under her own power on passage through the North Atlantic around Malin Head, escorted by fellow historic lifeboat Joseph Soar, to Portrush and Coleraine Harbour, Co. Londonderry in July 2015.

Taken ashore in July 2015 and, following an extensive indoor restoration, the vessel was relaunched in September 2019. Due to Covid restrictions J&MJ was left secured at Coleraine Harbour. The plan is now to finish her refit and survey before undertaking a passage in Summer 2021 via the Isle of Jura and other key harbours back to Cornwall via her last RNLI station at The Lizard after an absence of 33 years before proceeding to a new mooring near Falmouth.