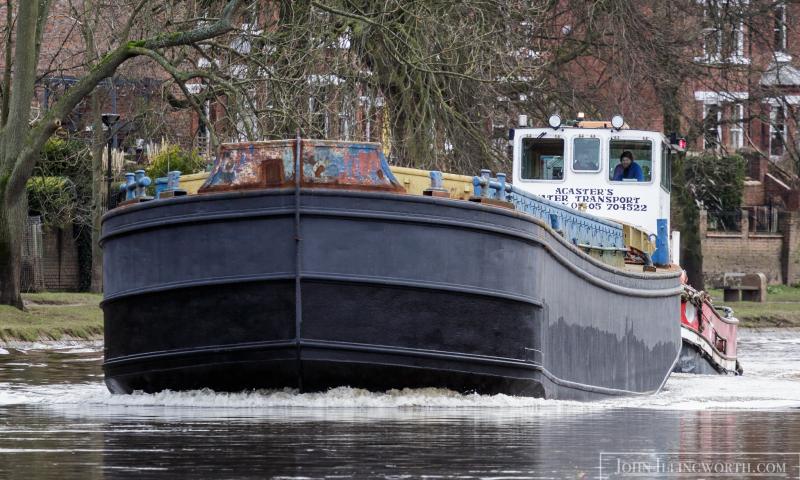 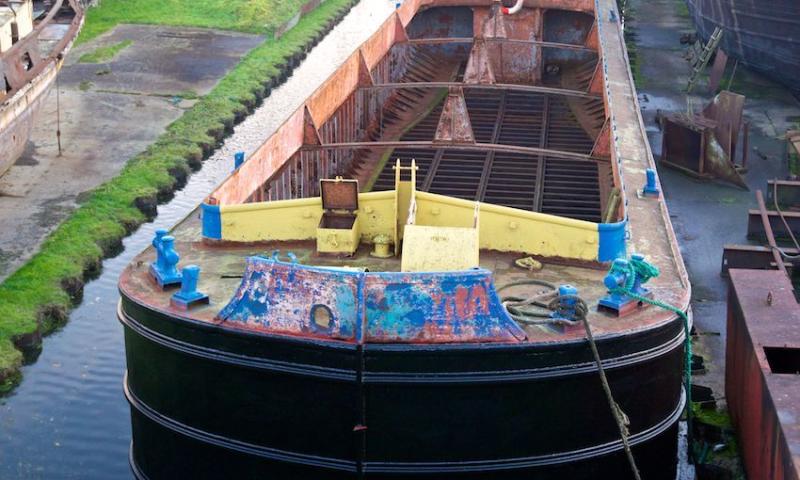 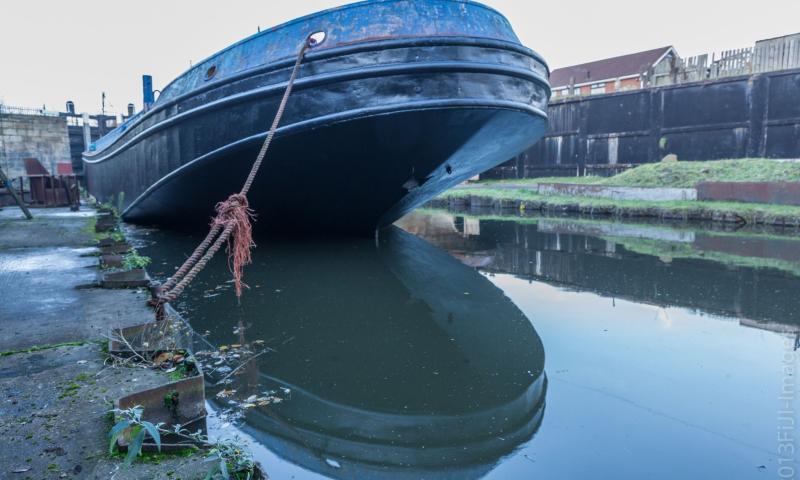 SELBY TONY was commissoned by BOCM (a British animal feed company) in Selby as part of a diesel engine powered fleet of 17 barges built to carry animal feed, grain and other goods between Hull, Goole, Selby, Leeds and York.  The fleet were distinctive in shape and named after BOCM area managers' children at the time of building.  SELBY TONY was moored at BOCM after going out of use by the firm and bought by Waddington's at Swinton.

The fleet was decommissioned in the 1980s and few barges from the fleet remain.  Laurie Dews is the last surviving skiper of the fleet and his memories of working on the Selby barges are recorded in the 'River Ouse Bargeman' by David Lewis.

In 2016 The Arts Barge Project gained planning permission to moor the SELBY TONY permanently alongside Tower Gardens in York.  In April 2018 the vessel was tugged by Acasters Water Transport of Goole to Hirst Boat Builders in Knottingley for structural steelwork.  Boat builder Nathan Rumbold undertook the work; he extended the hold to the aft to increase the space internally, created a deck across the hold, added railings around the deck, created a bar from the removed bulkhead and installed flooring.  Nathan and York Joiner Al Hamilton created two wooden staircases, one to the aft and one to the fore of the vessel. All steelwork was done according to drawings by David Spencer of DSP Architects York and in consultation with Chris Gladish, Marine Architect.  Hannah Hutchinson led a community volunteer team to paint the barge to near original colour scheme.

In July 2019 a stability test was undertaken and then Arts Barge's Christian Topman and volunteers ballasted SELBY TONY with 45 tons of sand bags and water in family paddling pools in order to get her low enough to pass under Great Heck Road Bridge on the first leg of the journey back to York on 11th July.  The vessel spent the night in Goole at the back of The National Waterways Museum and then made her way into York for the first time as a public arts space.  Karl and Graham Acaster and Little Shuva did all the hard work, navigating very low bridges and some very shallow water above Naburn.  Marcia Mackey and Hannah West, Co-directors of The Arts Barge Project were aboard from Goole and painted the floor on the way.  Friends of the Arts Barge boarded at Naburn lock, including Architect David Spencer, Joiner Al Hamilton and Arts Barge's other two core team members Christian Topman and Hannah Hutchinson.

SELBY TONY then moored on ropes next to Tower Gardens and became York's Arts Barge for the first time.  Three weeks of events and in August 2019, under the expert instruction of Karl and Ellis Acaster, thevessel was brought by hand into Foss Basin, where she remains awaiting further fund-raising for completion to include a large deck-house to house accessible toilet and lift, a permanent bow hatch cover which will be the fire escape and full insulation and electrical installations.  The team aim to raise funds for next step of the conversion via sales of shares and a crowd-funder in 2020 and are aiming for permanent mooring to be built circa 2021.