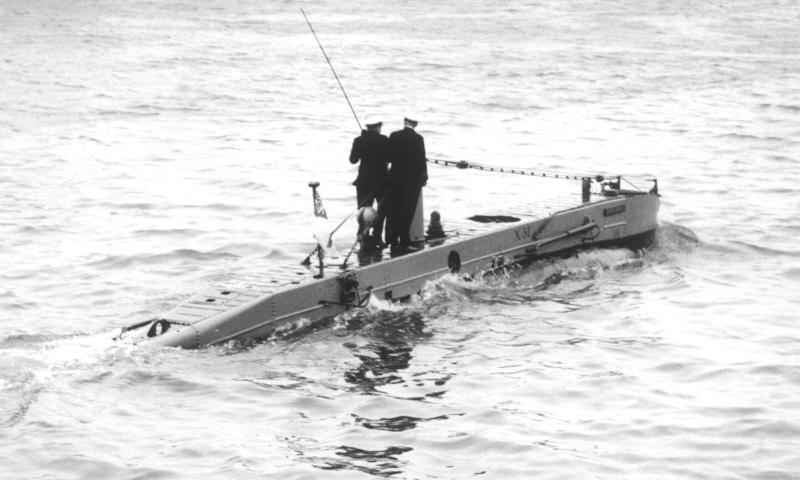 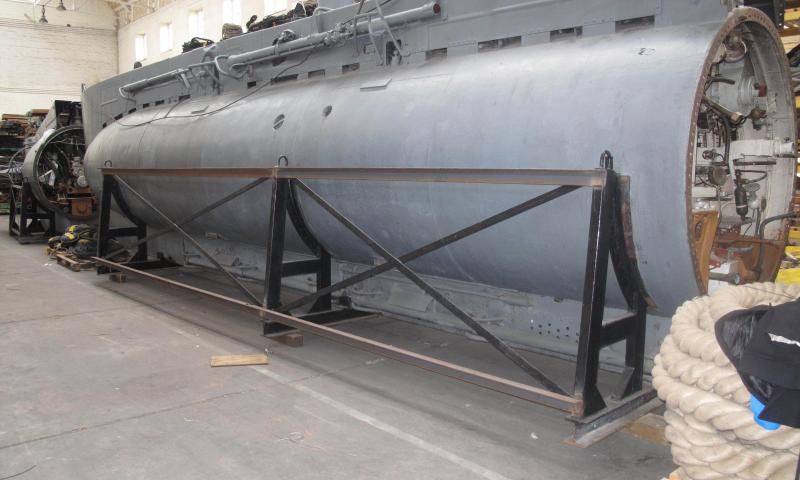 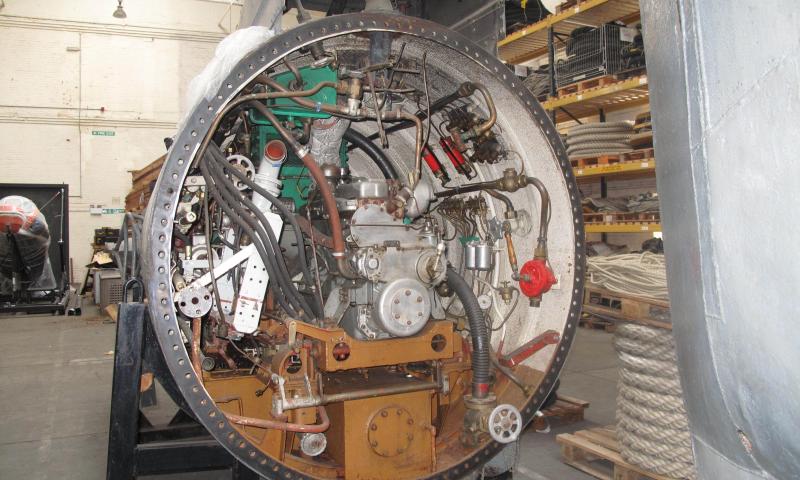 X51 is an X-class midget submarines developed to replace the wartime X-craft which was designed to enter enemy ports, harbors and shipping.  X51 was one of four x-class midgets ordered in 1951 but work proceeded slowly and the submarine was not launched until 01/10/54. X51 was given the name Sickleback. She was in active service until 1957 at which point she was laid up. In 1958 she was transferred to Portsmouth and on 15/07/58 sold to the Swedish Royal Navy who used her for training, renaming her Spiggen.

The X-class midget submarines carried a crew of 5 including a skipper, navigator, engineer, and two divers. They were equipped with two detachable side charges designed to cripple large enemy ships.

X51 was acquired by the Imperial War Museum in 1977 in almost complete working condition with only the battery cells and a few other parts removed. Upon acquisition in 2013 the National Museum of the Royal Navy employed preventative conservation and maintenance have been employed which are ongoing. 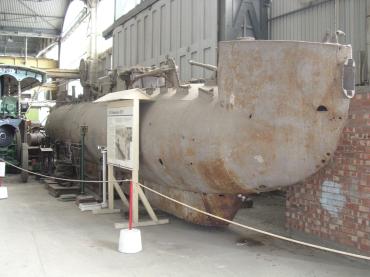