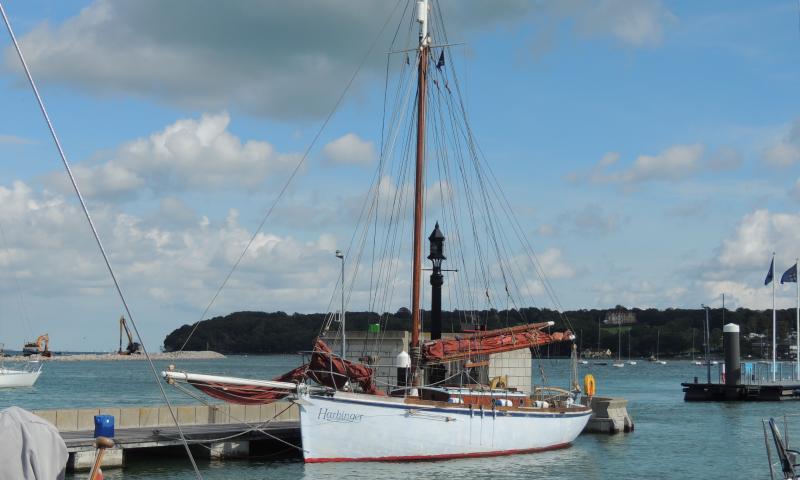 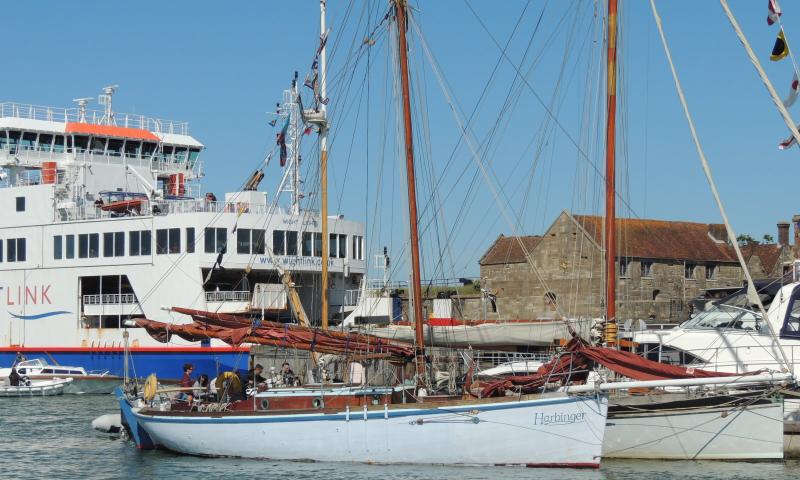 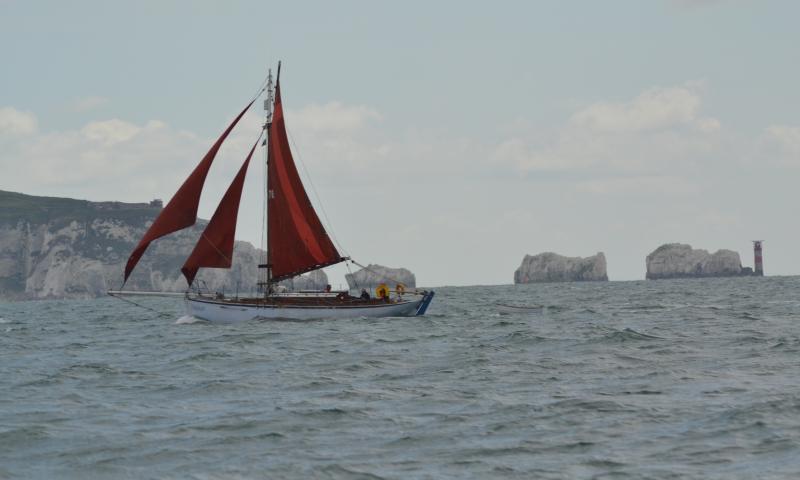 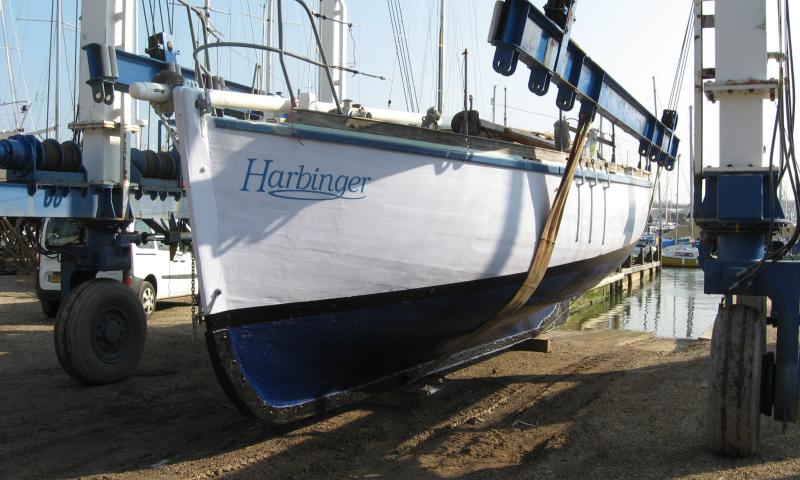 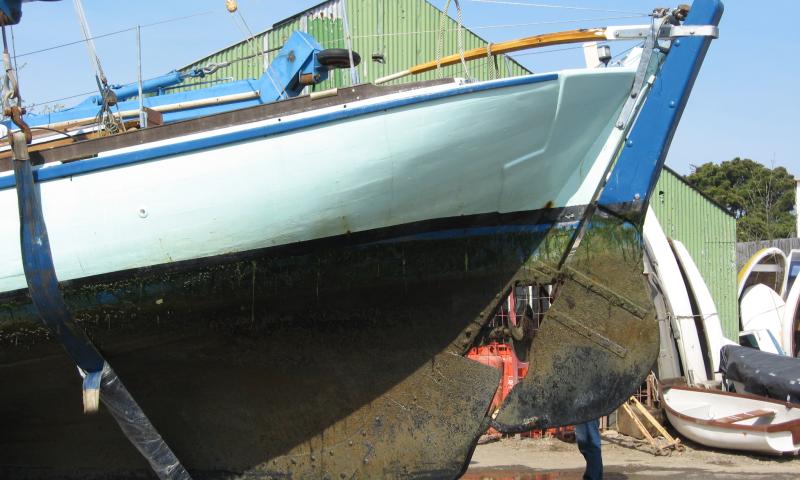 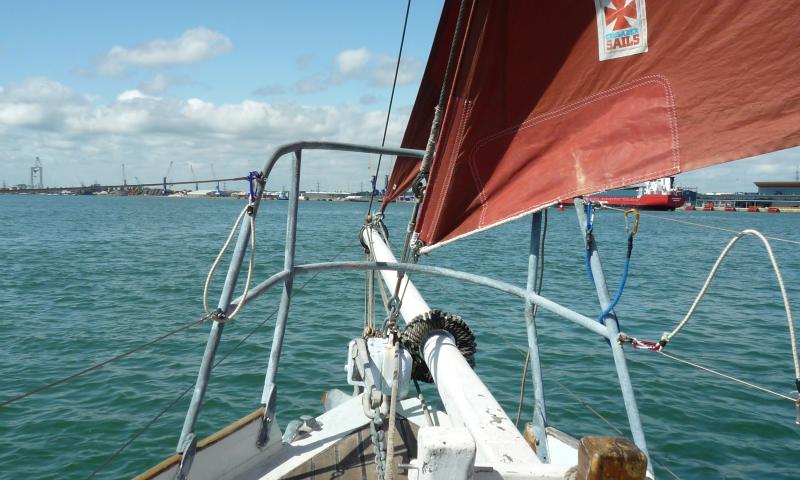 HARBINGER is believed to be one of 4 extant Manx Nobbies and as such was built before 1917. Edgar March's 1949 book 'Sailing Drifters' says that the last Manx Nobby built on the Isle of Man was launched in 1917 and she was bigger than HARBINGER.  He suggests also that very few boats were built after 1900 (less than 20), so it's likely that HARBINGER is one of these.

At some point she had an engine added. There are signs that as built she was a 2-masted lugger, converted later to a gaff cutter.  Major restoration work was carried out between about 1975 and 1985 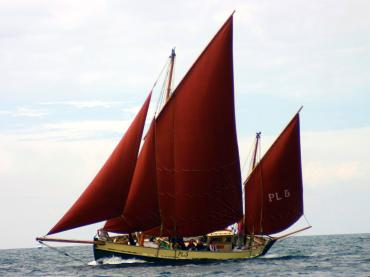