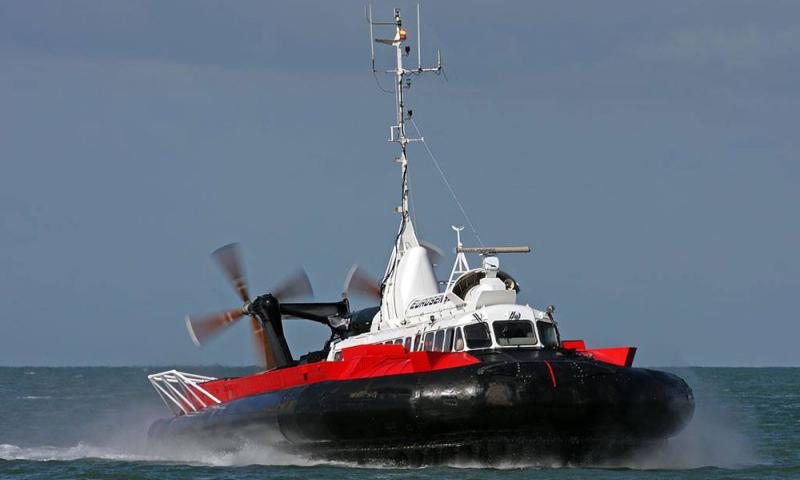 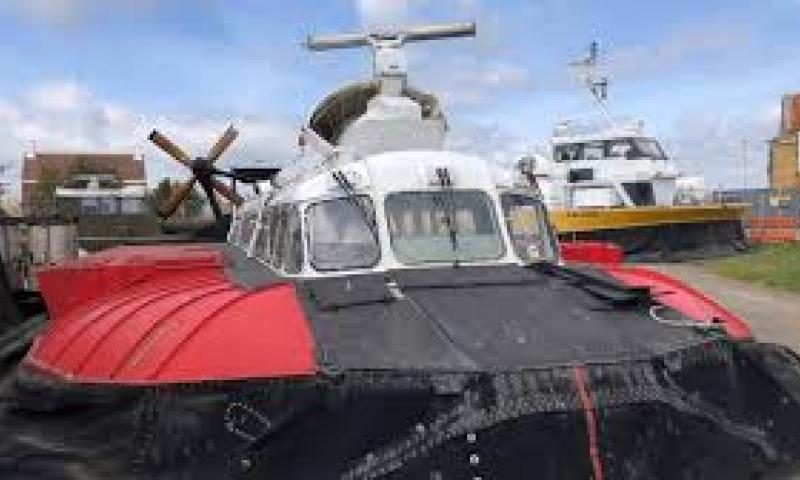 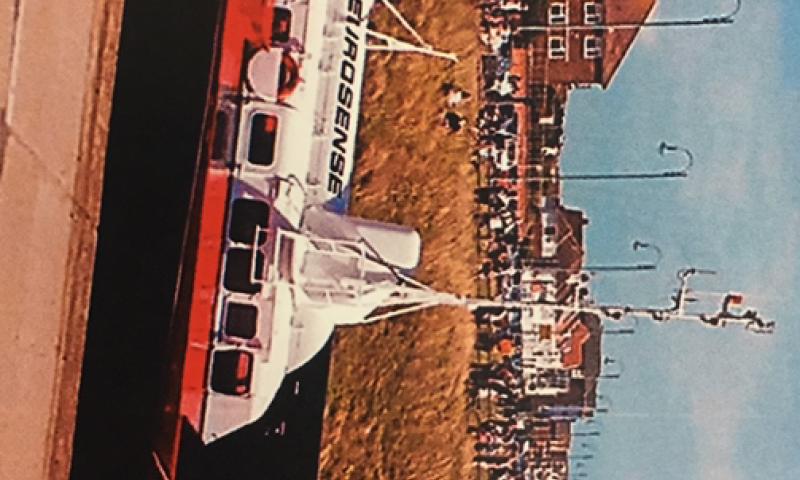 THE TWIN PROP was first launched in 1966 as a single propeller Mark 1 hovercraft. She was originally used as part of Hoverlloyd's operations. Initially named SURE, she lost that name to the SRN4 which replaced her. In 1968 she collided with SRN6 (016) at low tide at Cowes, but sustained only minor damage. At the end of 1968 she was sold to Pacific Hovercraft in Canada, and worked on the new passenger service from Vancouver to Vancouver Island. This service ceased in 1969, and she then carried out a seismic survey in the Beaufort Sea. After Pacific Hovercraft went into receivership in 1971 she returned to British Hovercraft Corporation (BHC) at Cowes in 1972. She was stretched and converted into the first SRN6 Mark 6 Twin Prop hovercraft, with an added length of 9ft 8in. The single 9ft propeller was removed and replaced with a twin 10ft propeller. The tail unit was modified and the top elevator extended. This created the Super 6 model as she is today. In September 1973 was officially launched as the SRN6 Mark 6. In 1976 she travelled under her own power to Amsterdam and back. Later in 1976 she was used by Seaspeed on the Cowes to Southampton passenger service. In 1981 she was involved in a mines counter measure trial at Portland. In 1989 she was sold to Belfatop in Belgium, and converted to carry out hydrographic survey work off Zeebrugge. She was renamed BEASAC III. In 2002 she was retired, and in 2004 she was relocated from Belgium via Dover to her final resting place at The Hovercraft Museum Trust in Lee on the Solent.