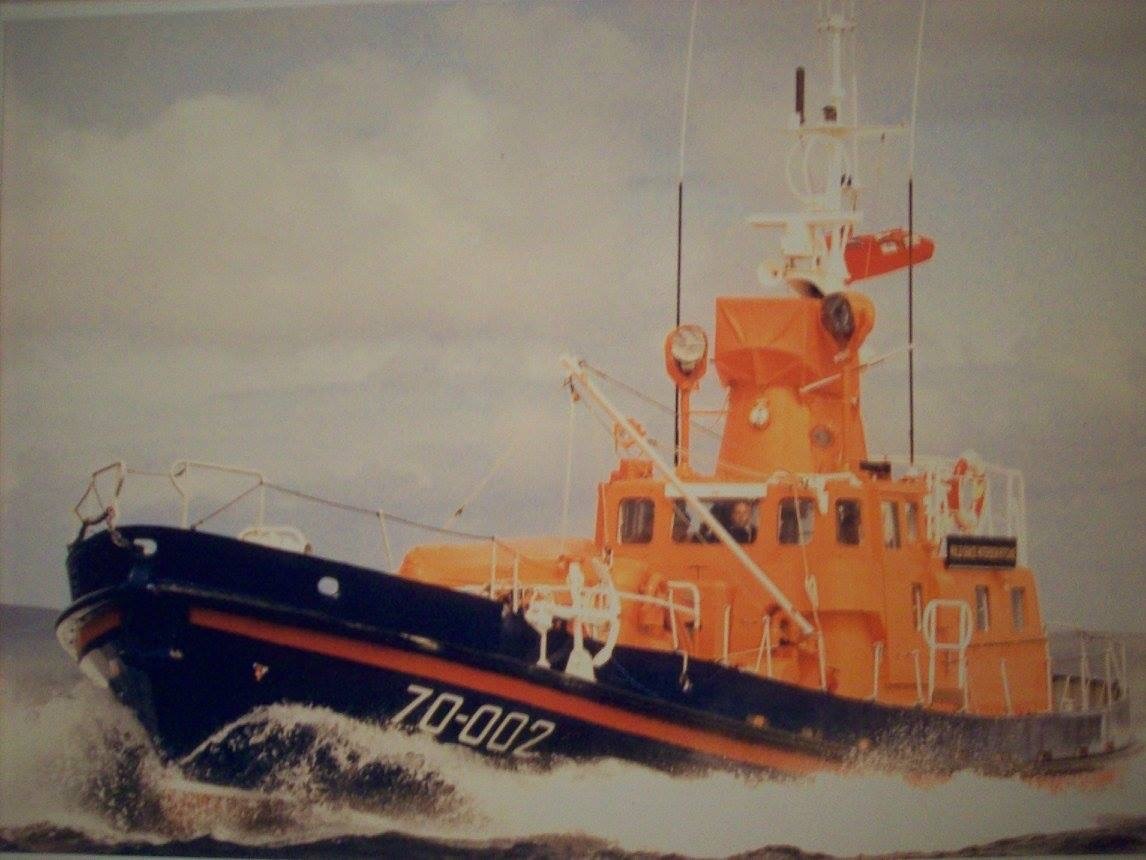 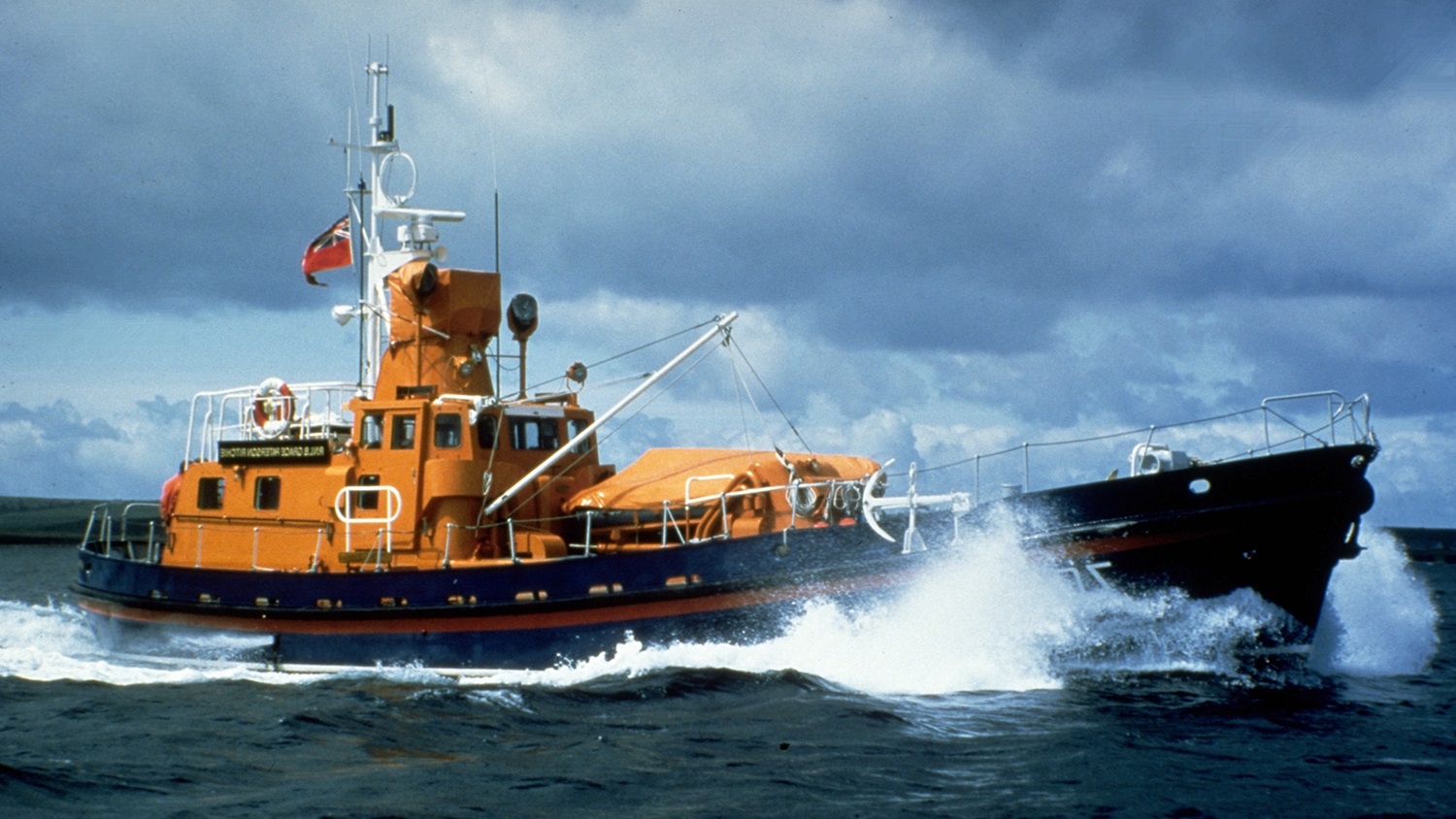 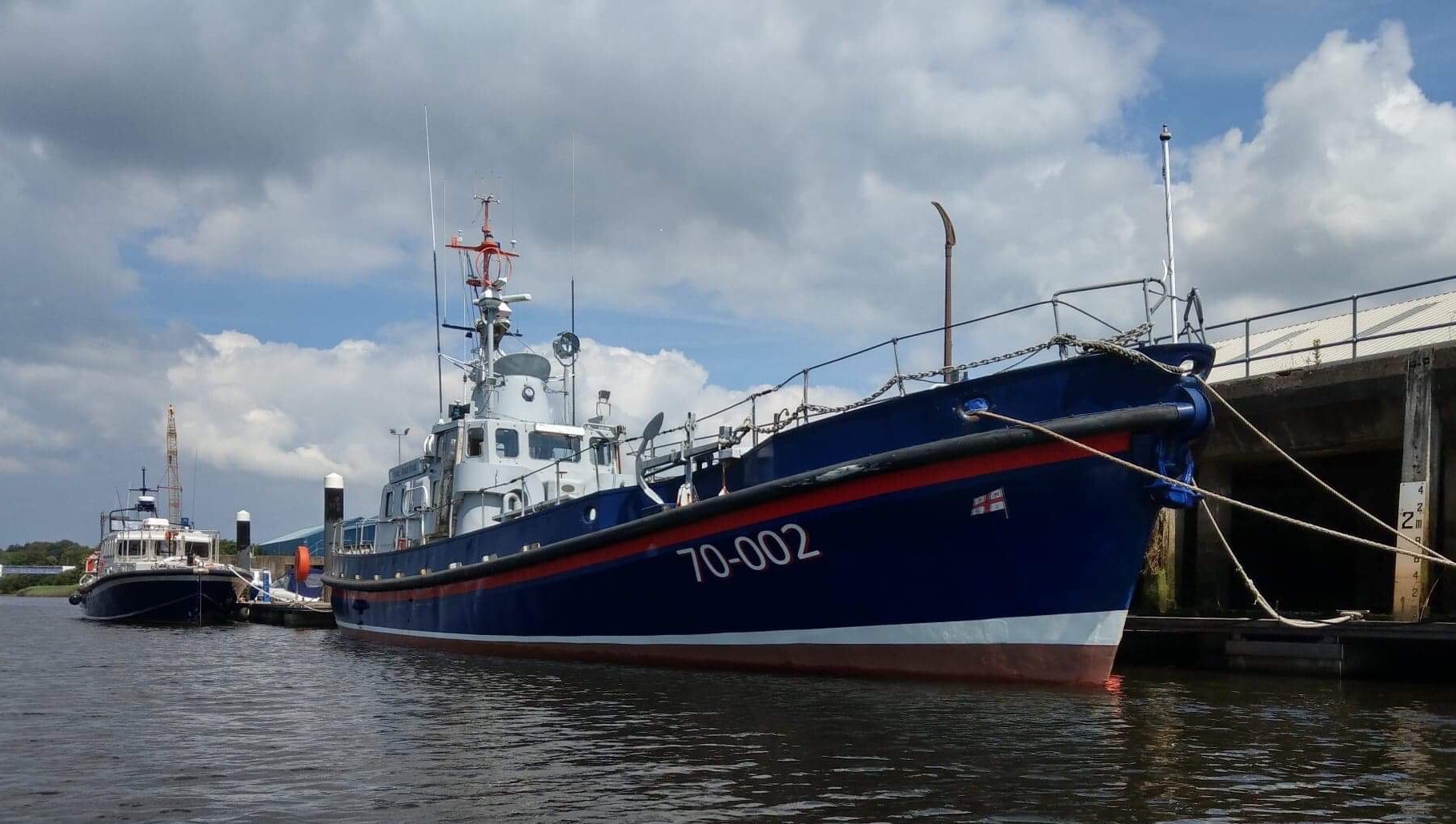 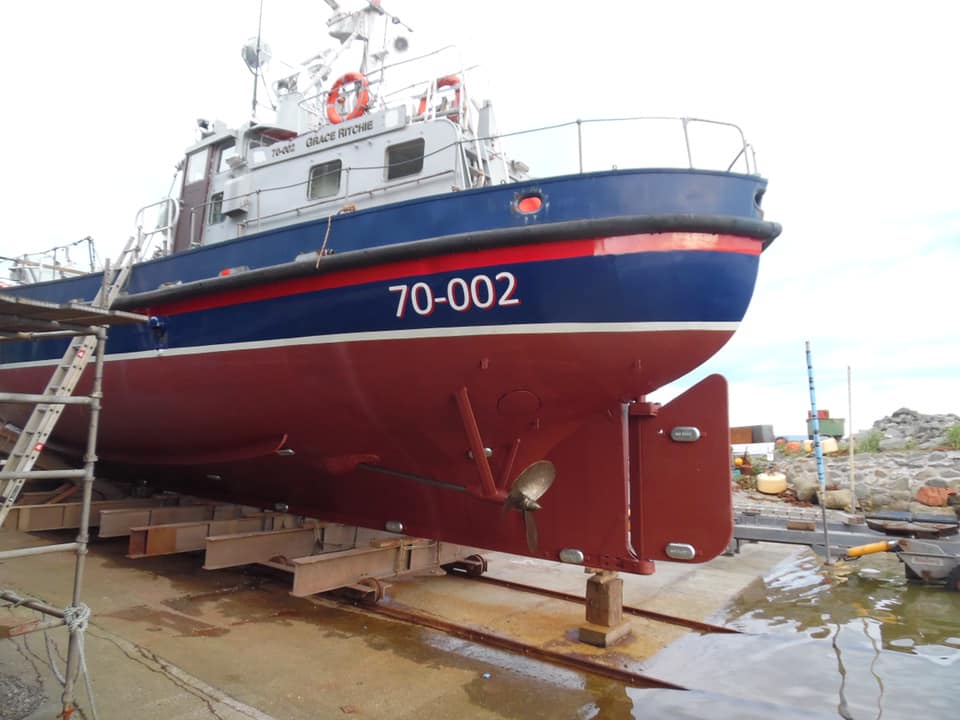 RNLB GRACE PATERSON RITCHIE, 70-002 ON988, is an RNLI ‘Clyde Class’ Lifeboat. She was designed by John Tyrrell of Arklow, for the RNLI and built by Yarrow’s of Scotstoun, on the Clyde, in 1965. She was named, GRACE PATERSON RITCHIE after the lady from Skelmorlie, who bequeathed the £65,000 required for its construction. She was launched in 1966 and named at Wemyss Bay Pier, on the 6th of September 1967.

The Clyde-Class Lifeboat was operated by the Royal National Lifeboat Institution (RNLI) from two of its stations in the United Kingdom, Kirkwall and Clovelly. Only three vessels were built for the RNLI and GRACE PATERSON RITCHIE is the last remaining example in original Service Condition.

Following a visit in the early sixties to lifeboat societies in the Netherlands and West Germany, which successfully employed cruising lifeboats, the RNLI's Management Committee decided to sanction the construction of two such boats for RNLI service. The first two boats went on trials in 1966 and in 1968 went on station at Clovelly and Kirkwall. The third boat was built as a relief but took over as station boat at Clovelly, with the first boat becoming the relief. It eventually became apparent that cruising type boats were not really suited to the RNLI's operations and the boats were used at their respective bases as normal lifeboats until withdrawal in 1988.

This Class of Lifeboat was the largest ever built for the RNLI and the only Class ever designed to be permanently manned. It has accommodation for her Crew; Cabins, Berths, Showers, Heads and Galley. She has a double hull construction, the space between the inner and outer hulls, filled with foam buoyancy. In addition, there are double bottom tanks, for fuel, water and ballast. The hull is divided athwartships by seven, watertight bulkheads. There are two Engine Rooms, separated by a longitudinal, watertight, bulkhead. Each Engine Room houses a Gardner 8L3B, diesel engine of 230 hp, together with a 30kva 230v generator in each Engine Room.

Following extensive Trials and Demonstrations around the British Isles and Scandinavia, GRACE PATERSON RITCHIE was stationed temporarily at Kirkwall. In 1969, both her and the Longhope Lifeboat, “TGB”, were launched to aid the Merchant Ship “Irene”, which was in peril, in hurricane conditions, in the notorious Pentland Firth, off the Orkney Islands. In one of the greatest tragedies in the history of the RNLI, the Longhope Lifeboat was lost on Service, in the maelstrom, with all of her gallant and brave Crew. At this time in RNLI history, Lifeboats, including “Grace Paterson Ritchie”, were not self-righting. The loss of the Longhope Lifeboat, “TGB”, led to the permanent establishment of GRACE PATERSON RITCHIE in Orkney.

She and her crews served with great distinction, receiving many Awards, Medals and Commendations, both at Kirkwall, where she launched on 82 occasions and saved 46 lives and later, in 1974, at Clovelly in Devon.

When the Clyde Class Lifeboats were withdrawn from Service by the RNLI in 1988, GRACE PATERSON RITCHIE was sold to the Icelandic Lifesaving Association. She left Kirkwall for Iceland, on the 22nd March 1989, to become the Reykjavik Lifeboat. She served there with further and great distinction and remained in faithful Service until 2002.

GRACE PATERSON RITCHIE was then saved from an uncertain future, by, Mr. Iain Crosbie and his late father. He purchased her, returned her to the Clyde for refit and subsequently maintained her, in her original Service design, to the highest standards. Subsequently sold to Mr. John Clarke, who, in upholding that great spirit of maintaining RNLI Heritage continuity, sold her to her current owner.

She has now had further and extensive refit works and is maintained to exacting, ‘As-in-Service’ standards.

Her home Port is now Coleraine and she is almost exclusively used in promotion and fundraising for the RNLI. She regularly visits dozens of RNLI Stations, throughout Great Britain, Ireland and further afield each year, in support of RNLI fundraising operations.

Update: June 2022; GRACE PATERSON RITCHIE is currently in the process of a full restoration by her current owner, due to be completed in summer 2022.