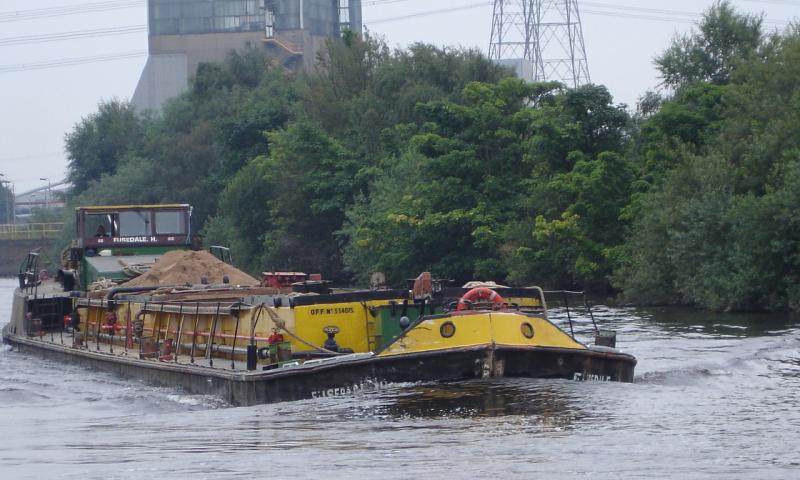 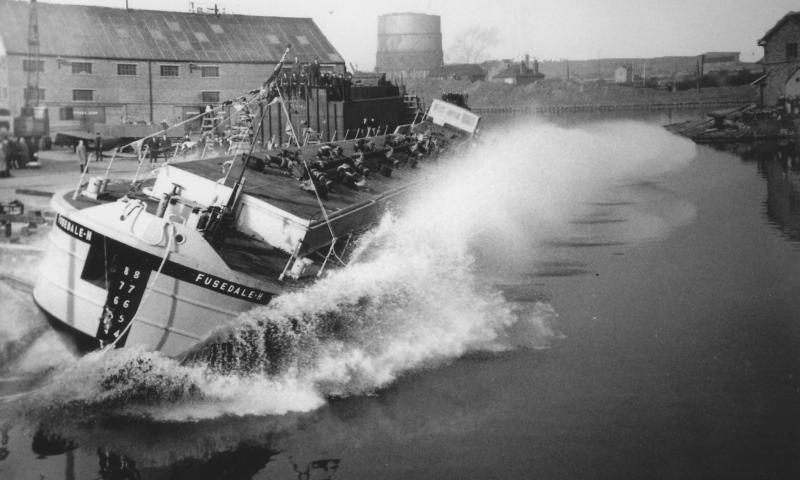 In 1967 British Waterways enlarged the locks as necessary and deepened the channel of the Aire & Calder Navigation  from Goole to Leeds to provide a draft  of 2.5 metres for craft up to 175 feet in length. Fusedale H was one of six craft built to this nominal 500 tonne capacity size and (with Farndale H and Fossdale H) was built and operated by Harkers of Knottingley as a 430 tonne tank craft carrying fuels from Immingham on the the Humber to Leeds, mainly for the Fina and Esso contracts, but also to other destinations. During this time contracts were obtained to move heavy oil (starting fuels) to power stations such as High Marnham, Drax, Thorpe Marsh and Ferrybridge, and this necessitated the fitting of heating coils and oil fired boilers.  In 1976 Fusedale H and sister craft of Harkers (together with one craft from Corys) was taken over by Whitakers.  With the enlargement of the waterway by widening and lengthening the locks  and the advent of 600 tonne vessels around 1980 Fusedale H was then used for other work such as tar from Goole docks to the Croda works at Knottingley. With the gradual loss of these contracts Fusedale H was eventually laid up in 1997 and then purchased by Humber Barges Ltd in April 2000 (along with Humber Enterprise) for conversion to dry cargo carrying. This was carried out by Dunston’s Ship Yard in Hull.  From 2001 Fusedale H was employed moving aggregate for Lafarge from Rampton and Besthorpe quarries on the River Trent to Goodman St wharf Leeds until 2002 and then to the replacement Whitwood Wharf, Wakefield until 2013. In 2020 Fusedale H started on a new contract, moving sea dredged  aggregate from Hull to Leeds along with sister ship Farndale H.   These craft were the first to be steered by a hydraulic system with a joy stick instead of a wheel and had a very superior crew accommodation.