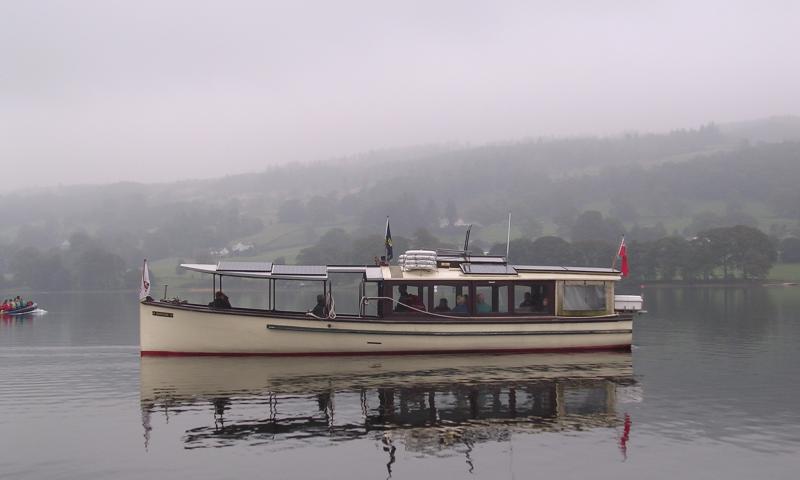 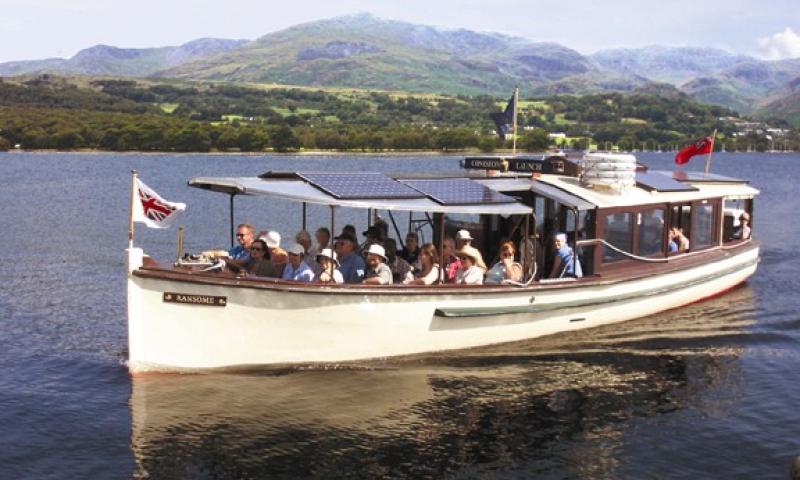 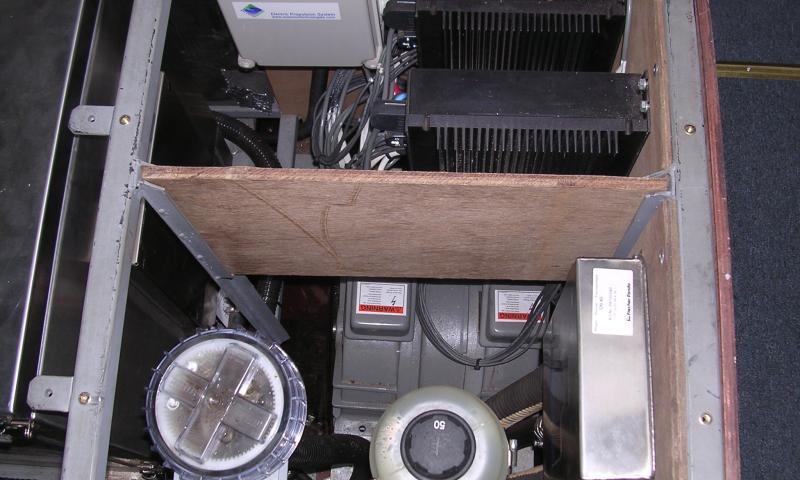 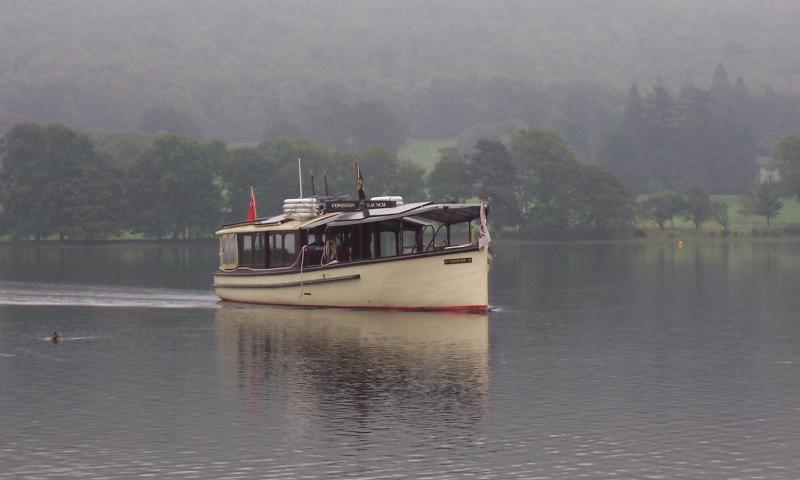 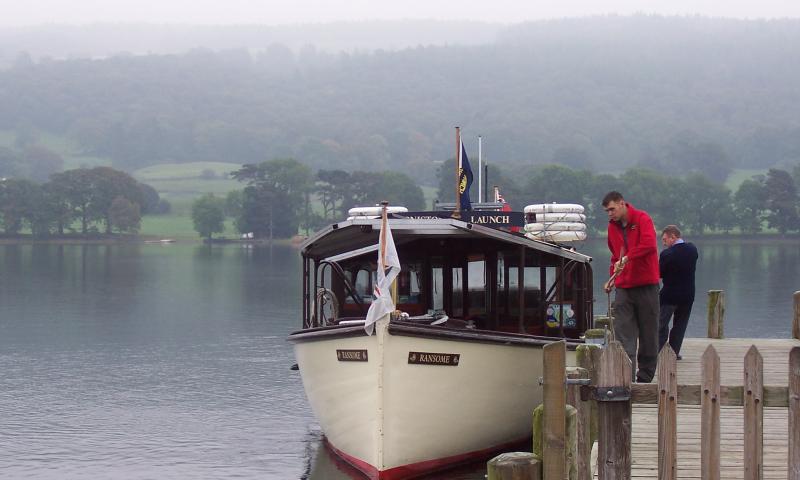 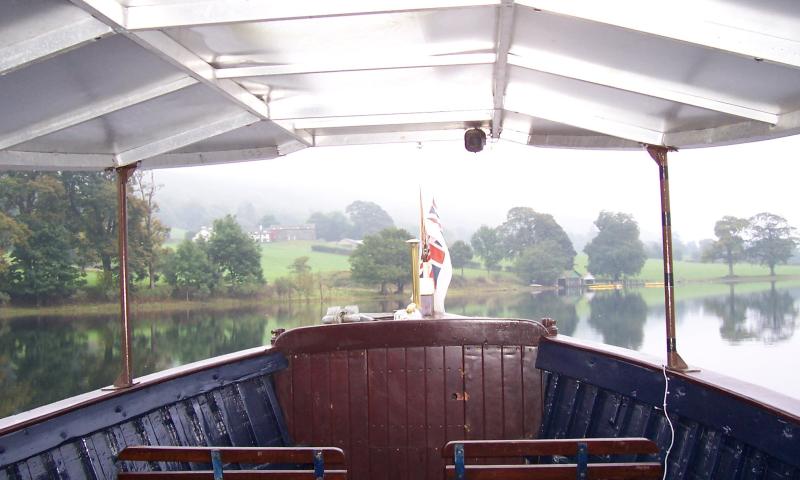 Built in 1923 by A W Clemens, Portsmouth, RANSOME is a passenger vessel with a capacity for 54 passengers. She has a wooden hull of pitch pine on oak frames and is of carvel construction. Her engine is a Solomon Technologies ST74 solar electric motor of 12 hp, powered from a 144dc battery bank. This was installed in December 2004. Between 1939/1946 she was an Admiralty supply vessel. There is a gap in her history until 1967 when she was owned by French Brothers on the River Thames and operated at Windsor and Shepperton until 1980 – during this period she had a refit. After another gap until 1994, she was bought and taken to the Lake District where she operates on Coniston Water. Between 1923 and 1946 she was named EMPRESS, then she was renamed MONARCH I until 1994, acquiring her present name on her transfer to the Lake District.