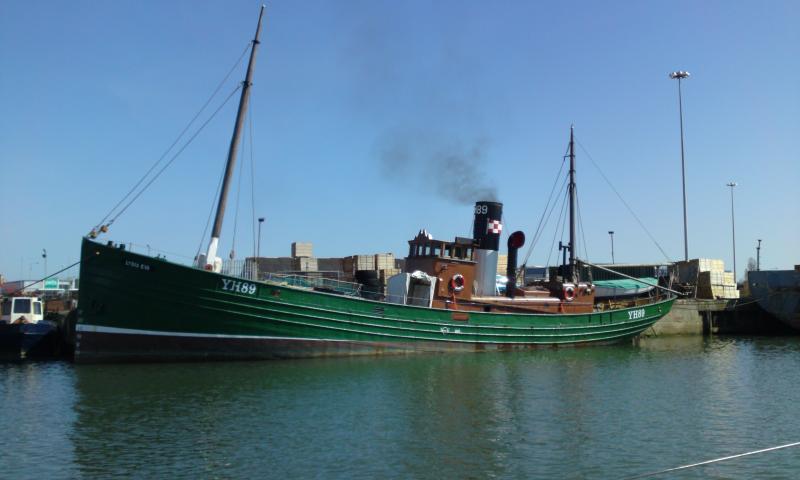 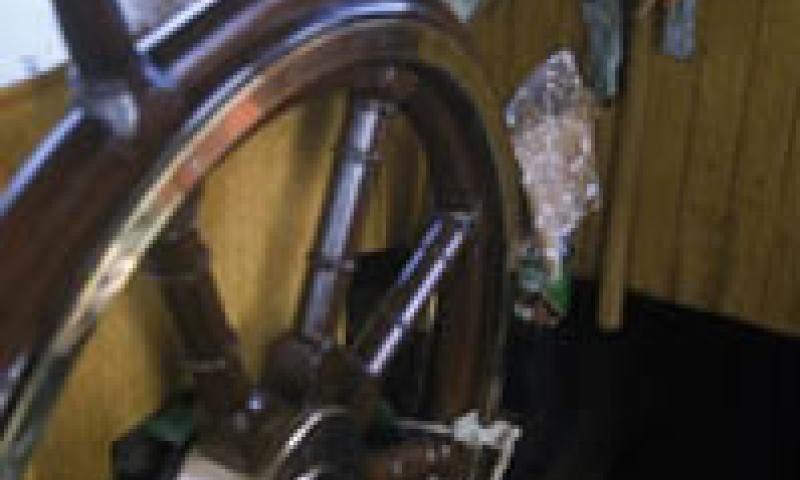 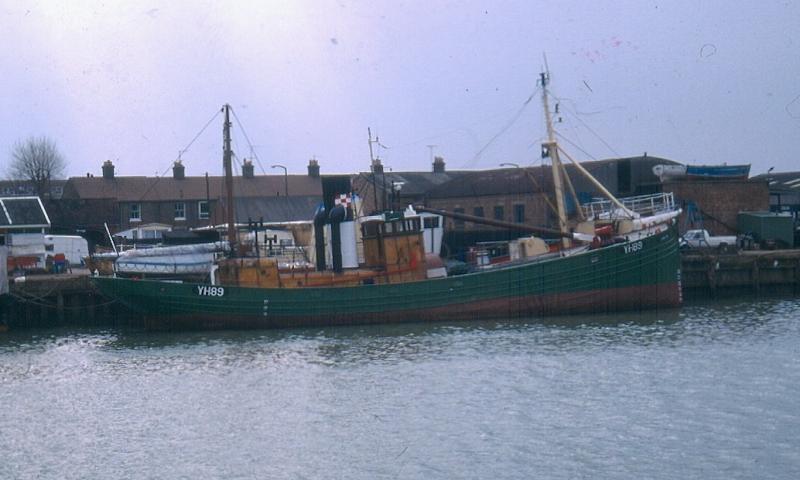 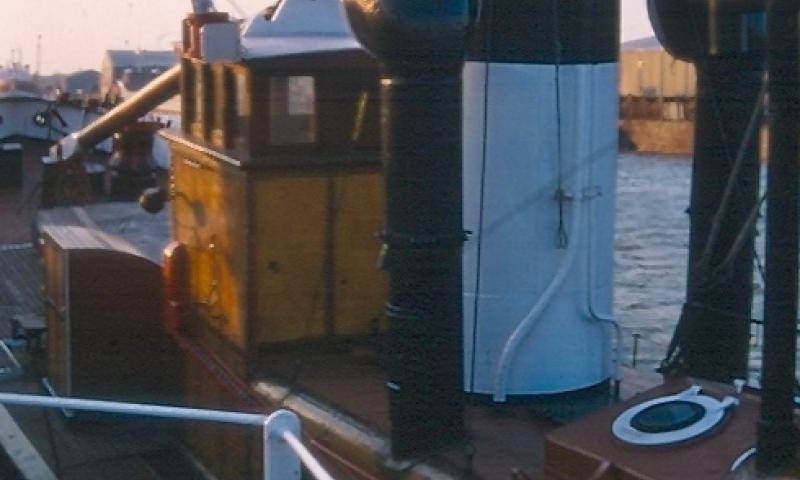 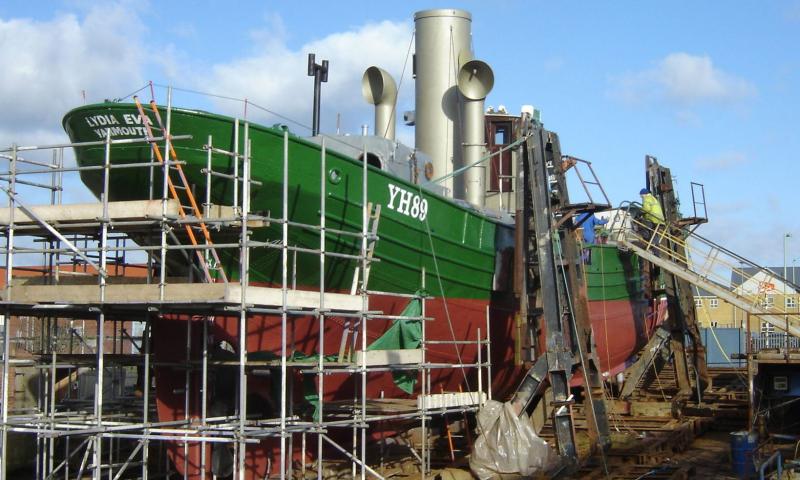 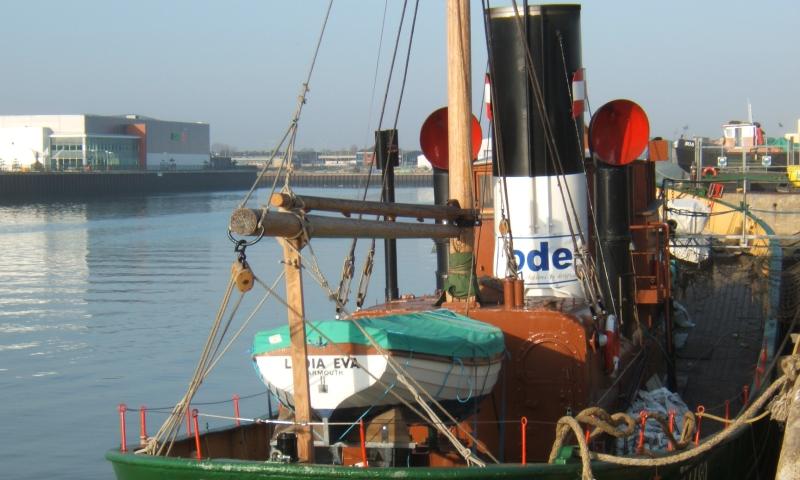 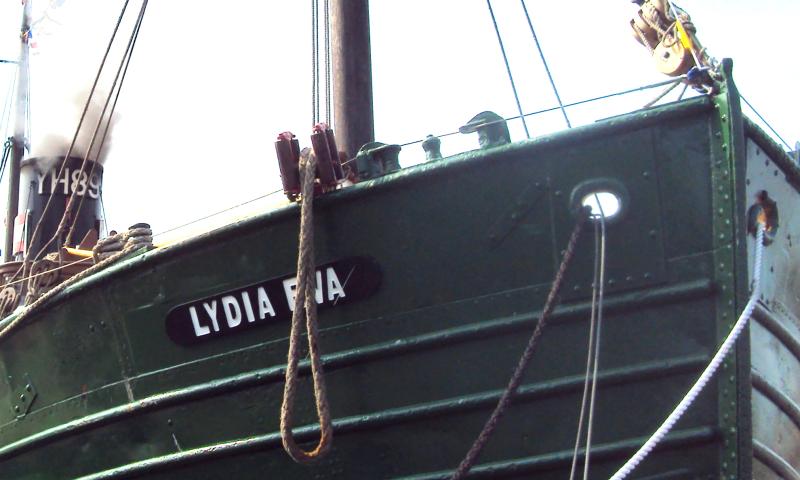 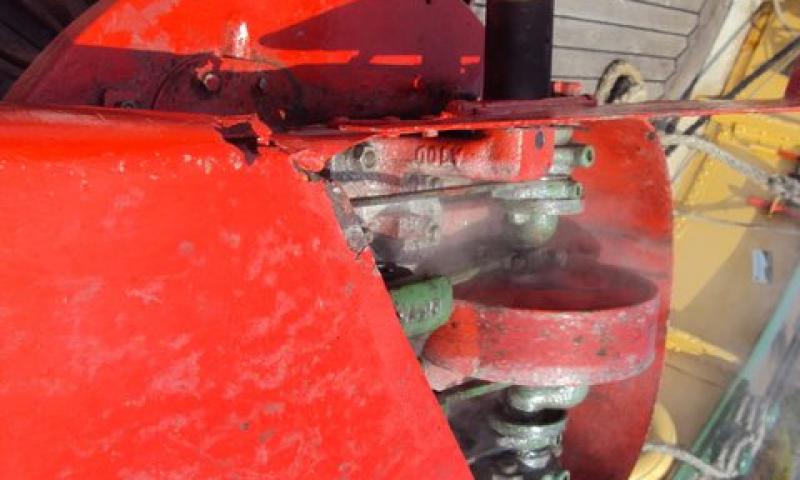 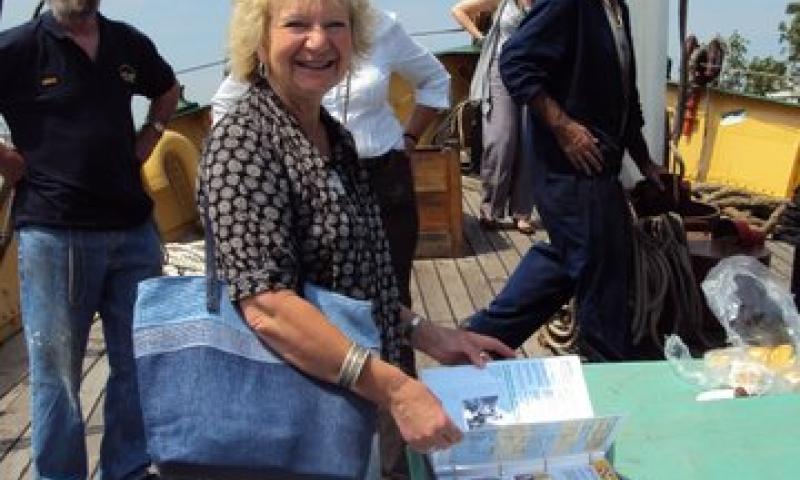 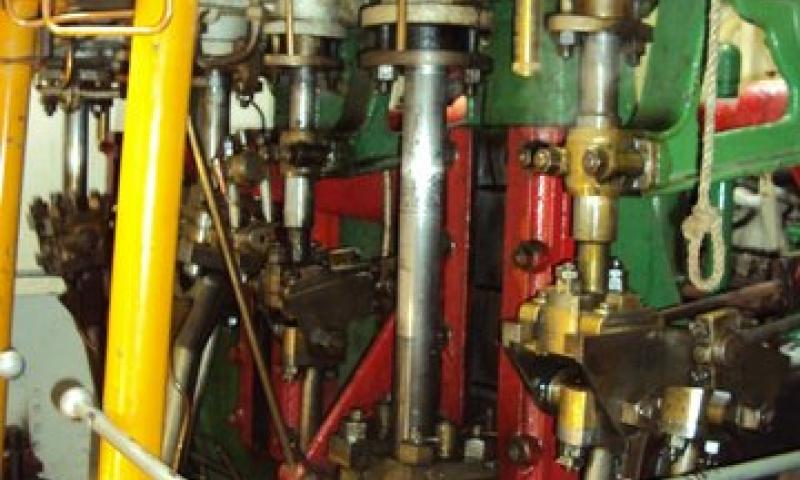 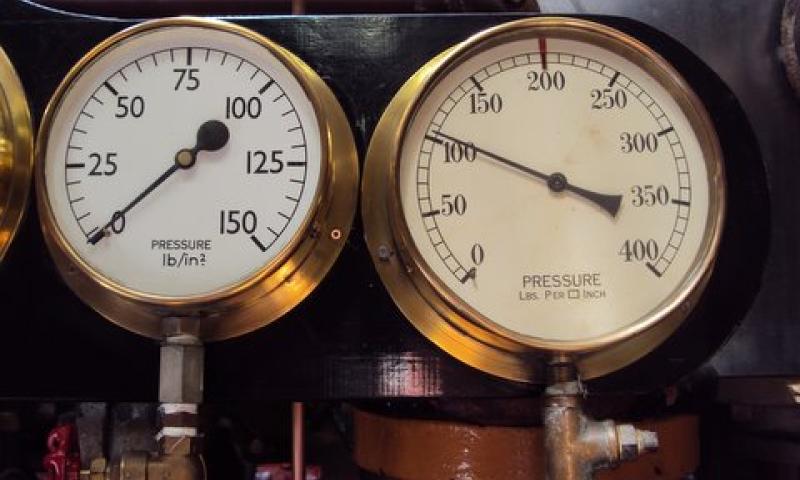 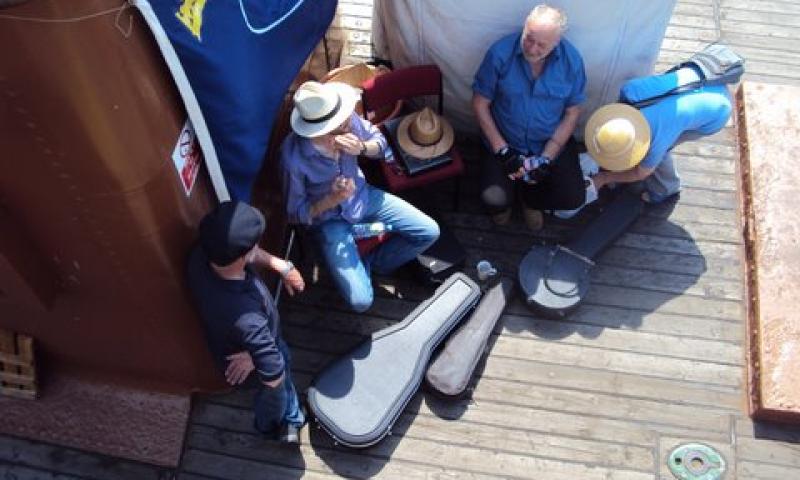 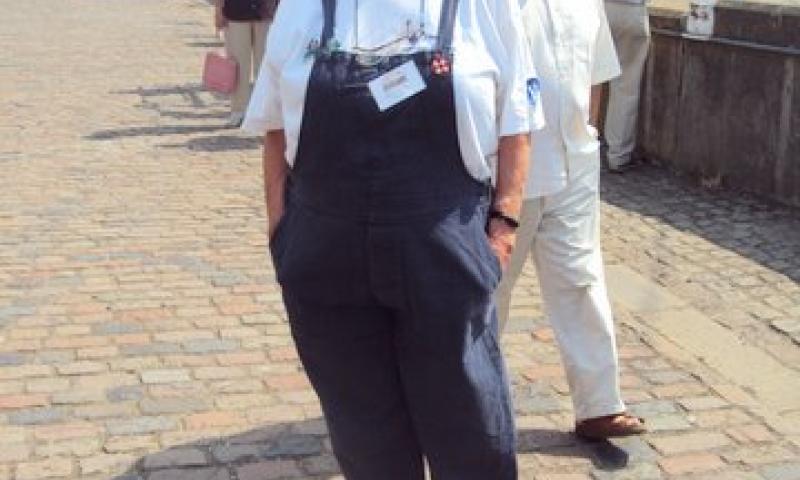 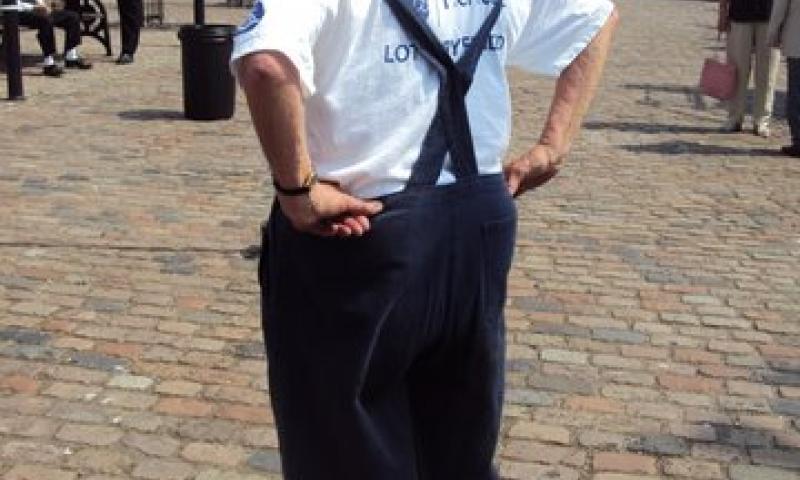 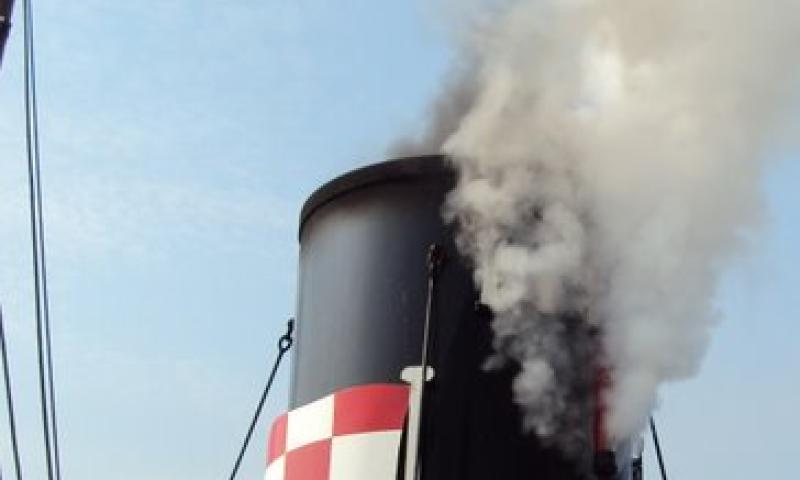 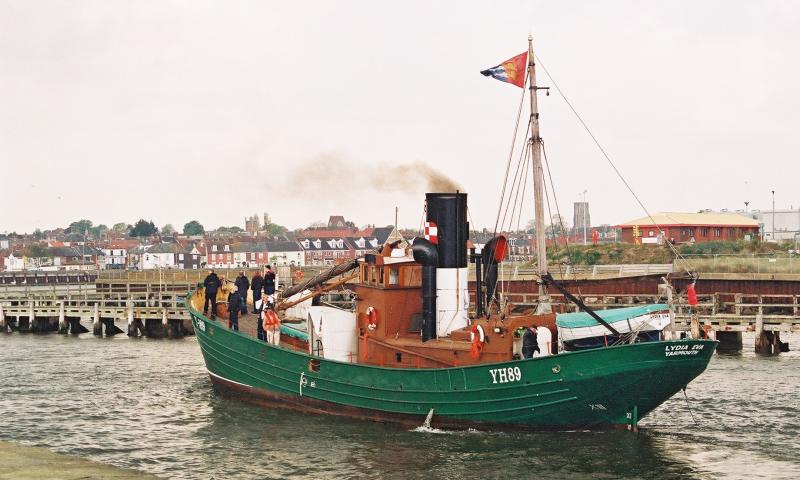 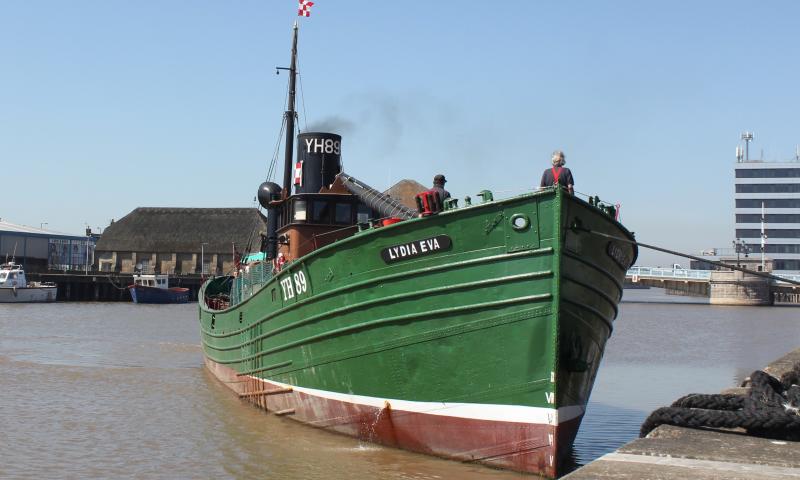 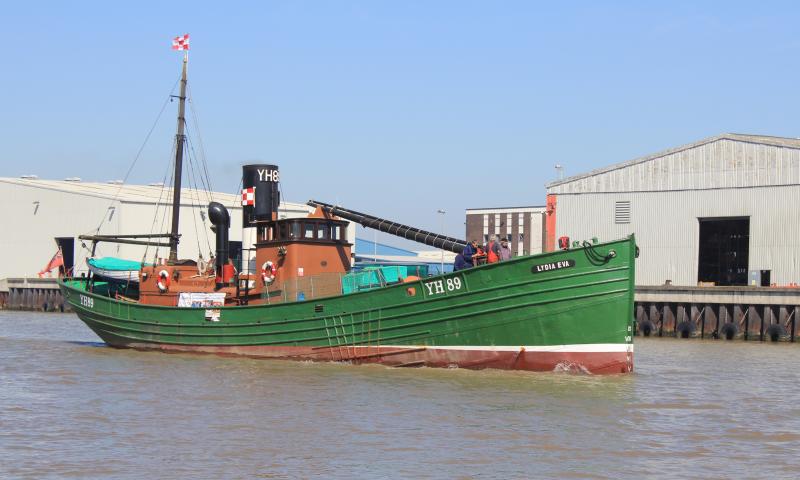 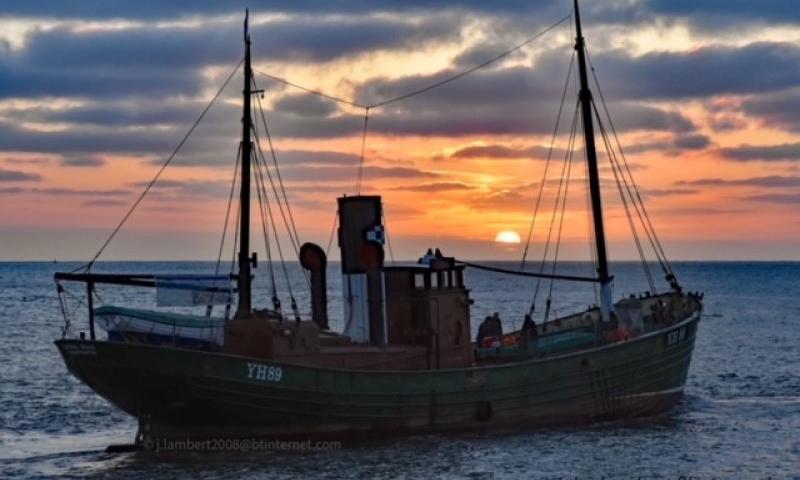 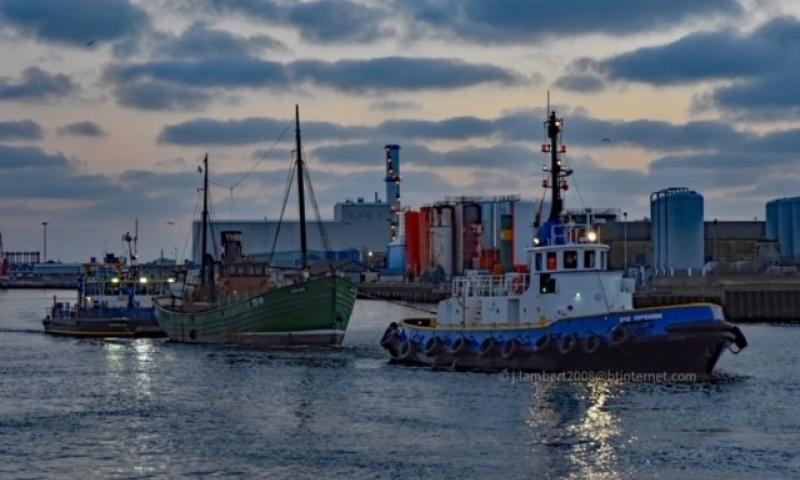 LYDIA EVA was the last vessel built by Hutchinson King’s Lynn Slipway Company at a yard where a pea-canning factory now stands. She was ordered by Harry Eastick, member of the Gorleston-on-Sea family which has owned and sailed drifters for over 120 years. At her launching she was given the name of his daughter. She was larger than most of the drifters, and intended to be fast and to carry half as many nets again as other craft. Her size also allowed a trawl winch to be fitted forward of the wheelhouse so that she could change from drifting to trawling in 48 hours.

She was originally built to fish off the Norwegian deep water grounds, but on completion the owner changed his mind. 60 tons of iron ballast were added – 30 tons under the aft cabin and 30 tons forward. Gallows were fitted on all four quarters, but the forward pair was removed at a later date when the craft was re-employed as a drift netter. She operated as a drifter from 1930 to 1942.

LYDIA EVA’s first voyage was to Castlebay in July 1930, landing her catch at Oban. She operated there for seven weeks, making her owner £3,000. Before the winter, she returned to Yarmouth and continued to fish for eight years before the great slump. She was requisitioned by the Admiralty on 10 December 1942 and became a mooring depot for the Air Ministry's Bombing and Gunnery School at Abersoch in Anglesey. From there, she moved to Ilfracombe and in 1945, went to Maryport in Cumberland for two years, before going on to Weymouth.

In 1952, she returned to Cumbria and was based at Whitehaven where she stayed until 1960. Her last duty was with the Marine Services Division of the Royal Navy of Pembroke Dock in South Wales. In 1968, her disposal was approved and she was fully de-equipped. She was advertised for sale and sold out of service in 1969 to Turner & Hickman Ltd, Cayman Islands. In 1972, she was acquired by the Maritime Trust for preservation, restored, and opened to the public at Yarmouth between 1970 and 1978, and subsequently in London.

In 1995, the Lydia Eva & Mincarlo Trust bought LYDIA EVA for one pound and restored her. She was moved to East Anglia for display. A Heritage Lottery Fund grant of £839,000 was awarded to LYDIA EVA in March 2007 and local shipyard Small & Co hauled the boat out, beginning to strip the hull back to bare metal to enable a detailed survey. The Trust anticipated that 60% of the hull's steel plates would need to be replaced before LYDIA EVA could be relaunched in summer 2007. The HLF grant and money subsequently raised by the Trust totalled nearly £1.2 million, with the Trust still needing to raise another £100,000 for renewal of rigging, as well as restoration of the wheelhouse and crew quarters.

2022 update: Lydia Eva will be steaming again throughout the 2022 season, from 30th April - 26th September. See the website www.lydiaevamincarlo.com for dates and to book.