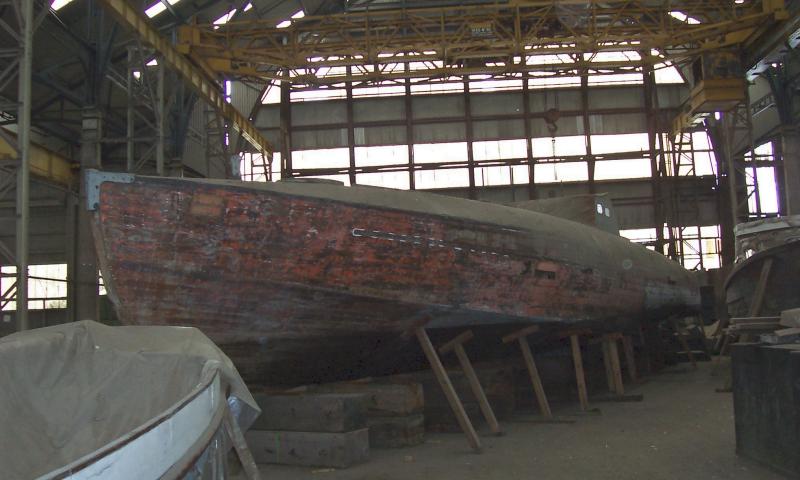 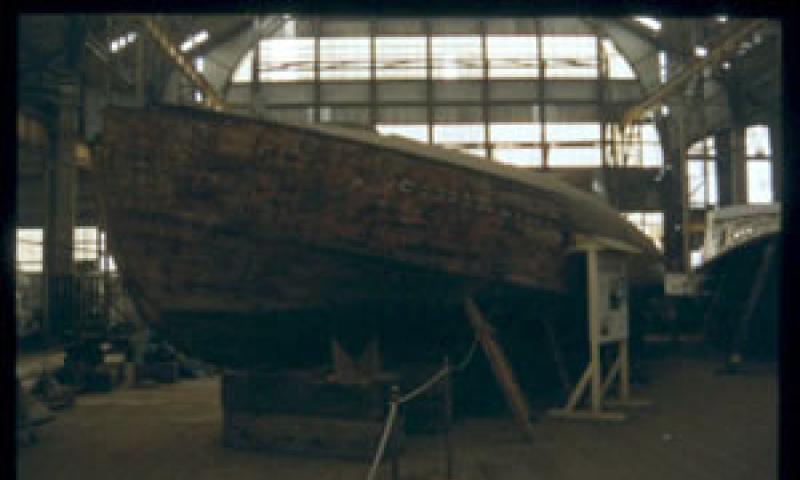 Built in 1921 by Camper & Nicholsons, at Gosport, for the Royal Navy, CMB 103 is a fast motor torpedo boat. Her wooden hull is formed into a stepped hydroplane and she originally had twin Thornycroft engines linked to twin screws.

The idea for these boats originated with three naval officers who suggested a fast hit and run torpedo carrier that could skim over enemy minefields and attack German surface shipping in the Heligoland Bight. Thornycrofts developed the theme with a series of hydroplanes all called MIRANDA. These were probably the world’s first planing craft and were the prototypes CMBs. Altogether 117 were built.