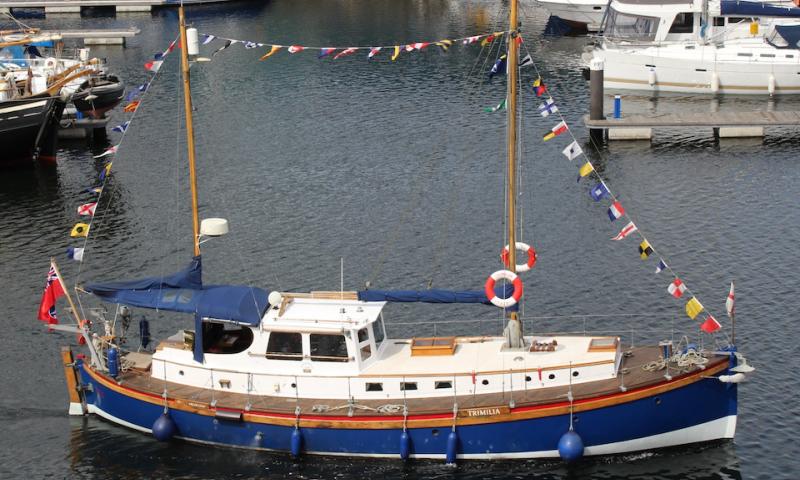 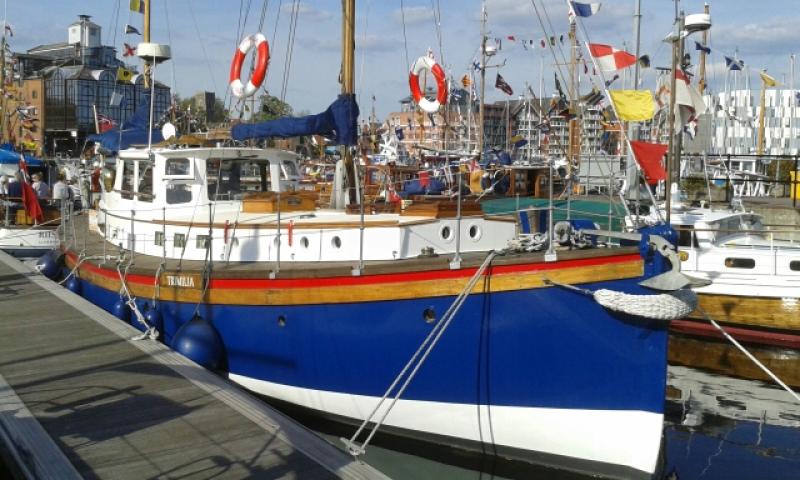 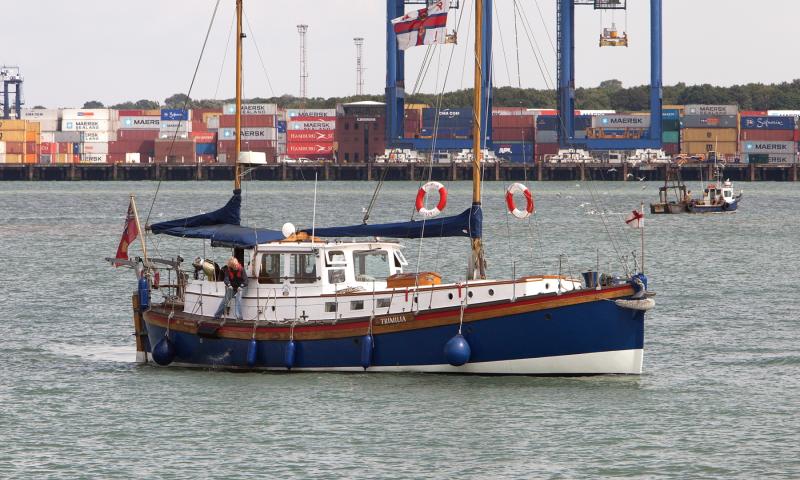 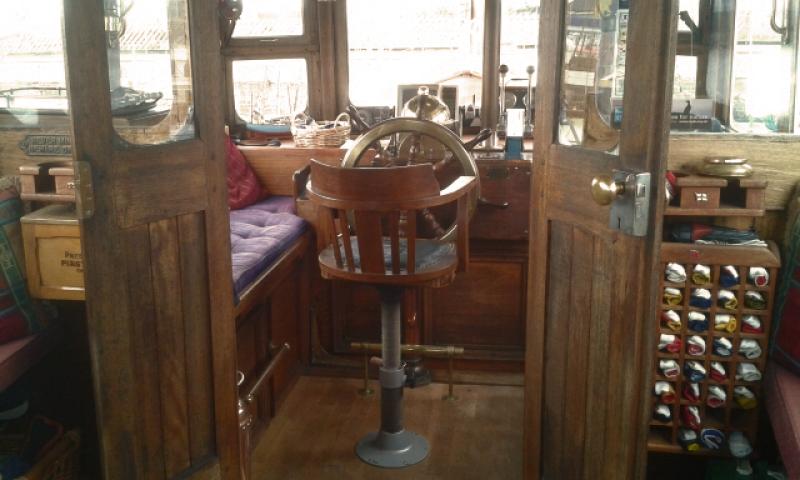 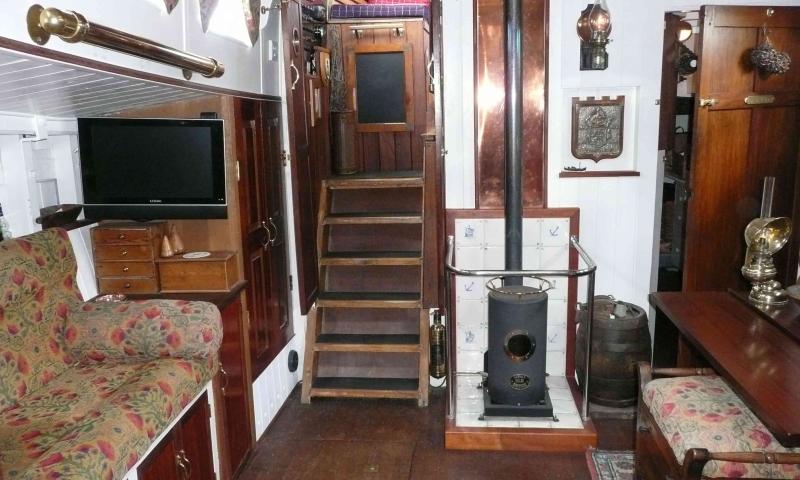 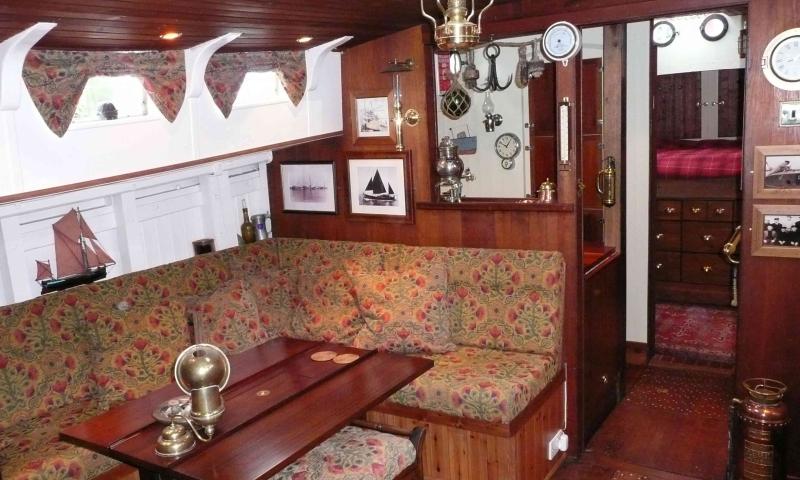 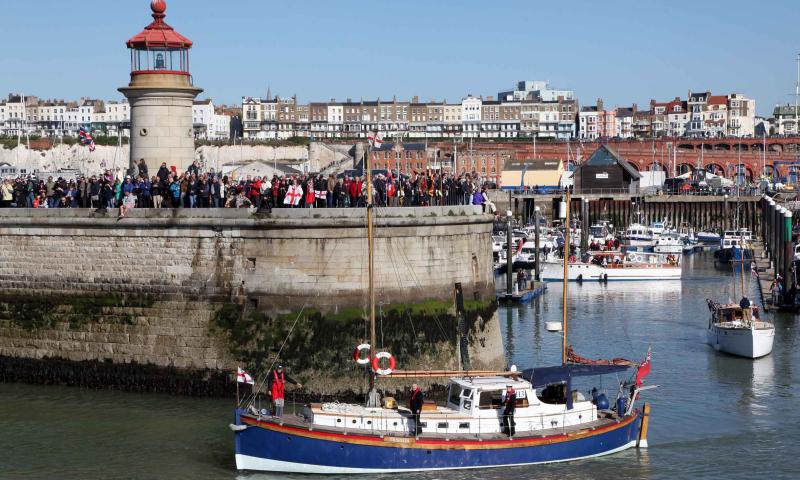 TRIMILIA, built in double diaginal teak by Saunders Roe in 1925 at Cowes, Isle of Wight, was a new design of lifeboat, designed specifically for use out of Ramsgate. Her class was known as Ramsgate Class, although only a couple are believed to have been built. She was originally named PRUDENTIAL, having been paid for by The Prudential Assurance Co. Ltd. She was in service at Ramsgate from 1925 to 1953 and is credited with saving 3130 lives in her career including 2800 men from the beaches of Dunkirk. She was the Flagship of the Commodore, Lifeboat Division, at the Spithead Naval Review in 1953, the year of her retirement.

Between 1962 and 2011 she was in Woodbridge, Suffolk, where she was converted to a spacious and comfortable yacht.  In January 2011 she moved from Woodbridge to Ipswich and spent 5 years situated near the lock gates.  In 2015 she moved to what many regard as the nicest berth at Ipswich Haven Marina, the hammerhead opposite the Old Customs House and during this time she has seen a change in hull colour, from her traditional blue to grey.