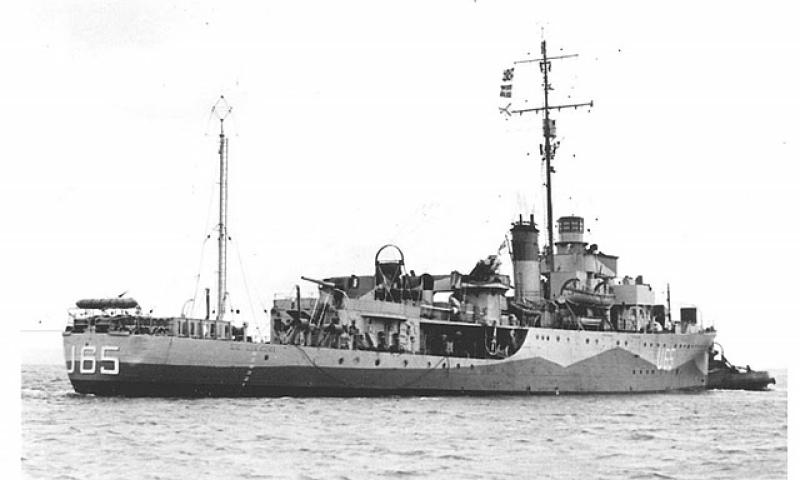 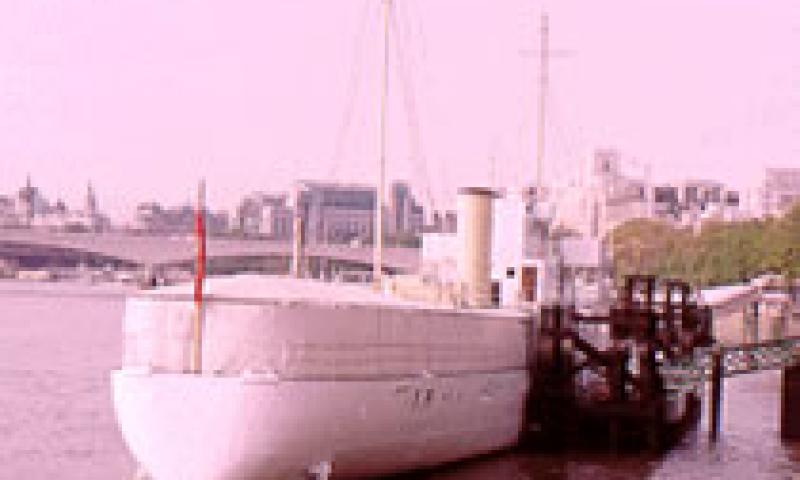 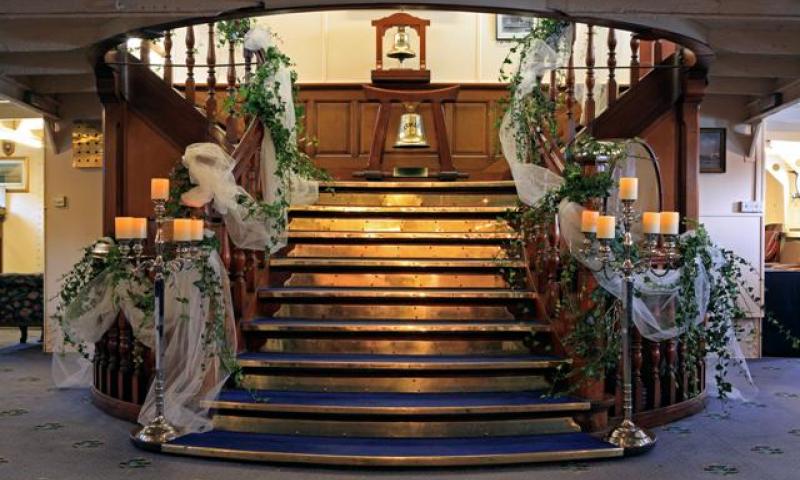 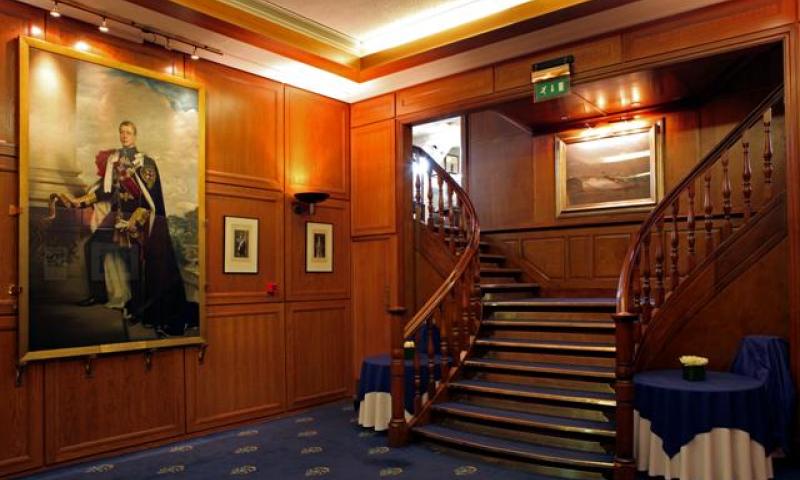 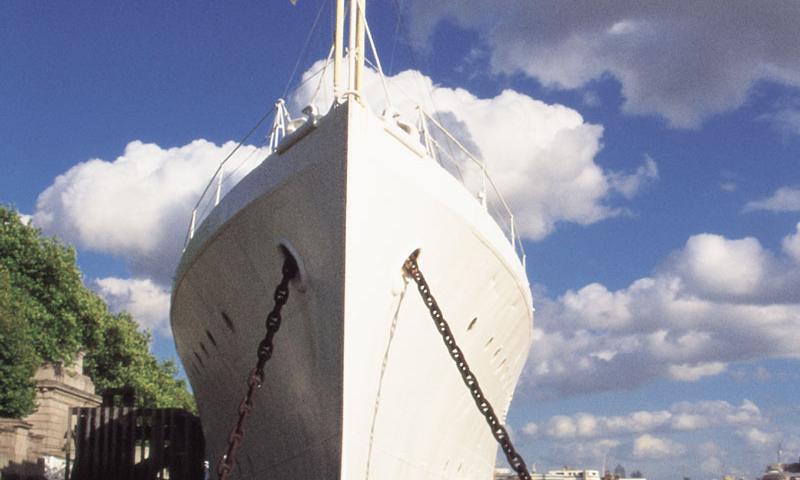 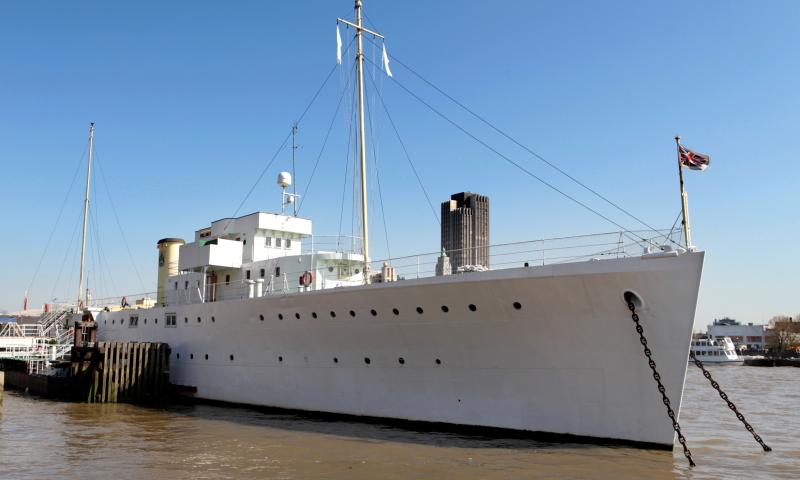 The sloop WELLINGTON was named out of courtesy to New Zealand, where she was intended to serve. She was launched on 29 May 1934 in Plymouth and is the last surviving example of a Grimsby type sloop. Until the outbreak of war, she served on the South Pacific Station. She spent most of World War II escorting in the North Atlantic and on West African convoys. She participated in the Dunkirk evacuation and Operation Torch, the allied landings in North Africa. She was converted into the Livery Hall of the Worshipful Company of Master Mariners in 1947. This included removing the engines and altering the interior substantially. She is now permanently moored on the Thames and an extensive refit took place in 2005. Two years before, WELLINGTON was given a World Ship Trust Special Award for her preservation.