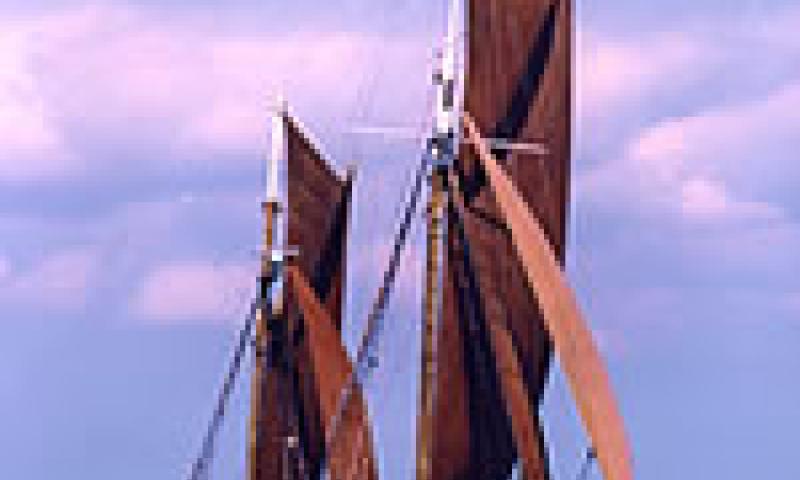 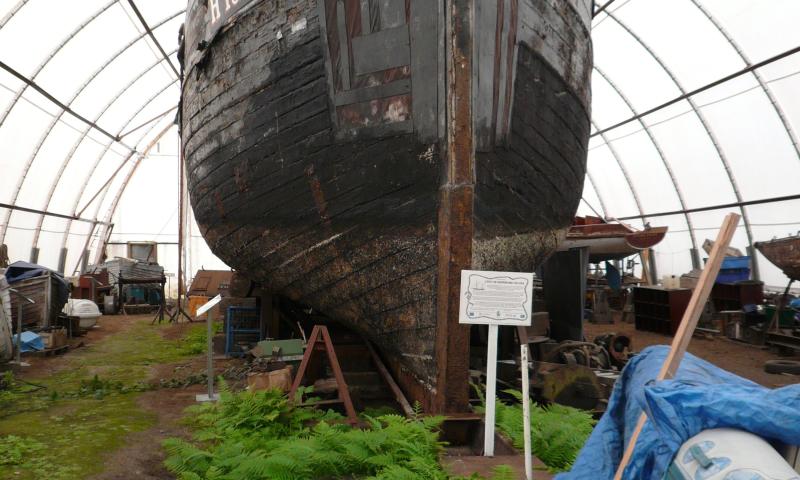 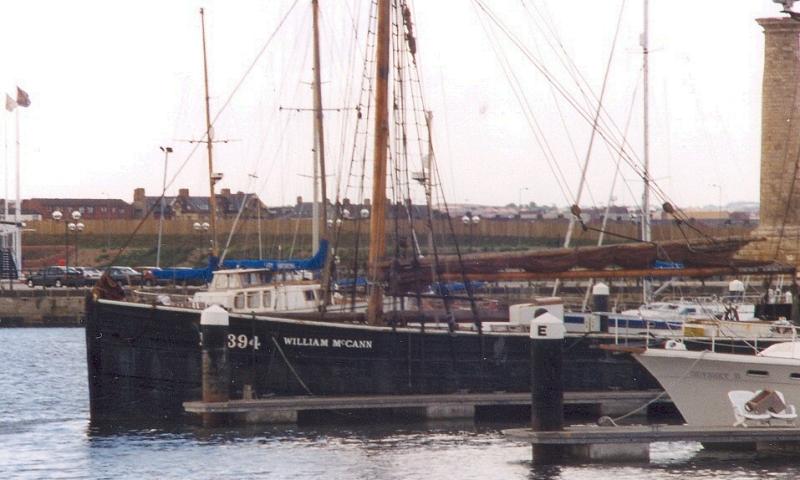 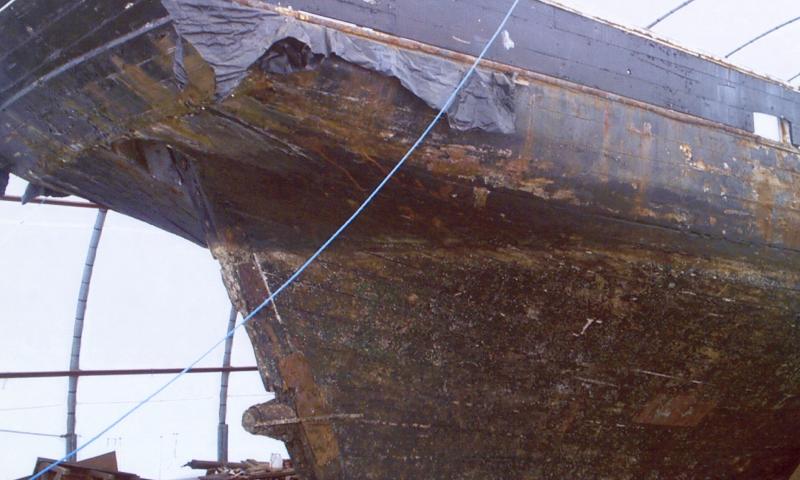 In the late 19th century over 400 smacks were registered at Hull, of which William McCann, originally known as the 'City of Edinboro' is the sole known survivor. Her keel was laid on 26 January 1884 at the Garrison Side yard of William McCann at Hull for the ‘City’ fleet of Messrs Simpson & Bowman, of Hull, as one of a class of ten long line trawlers all named after cities. Launched on 28 April 1884, she was constructed of 6” square oak frames fastened with oak treenails, and strengthened with wrought iron hanging knees. The frames were clad with 2½” thick oak outer planks and a 2” thick pitch pine inner ‘ceiling’, also fixed with oak treenails. The space between the outer and inner planking was filled with about five tons of rock salt, to preserve the wood. Her registration number was H 1394.

These trawlers typically worked the Dogger Bank and Silver Pits, in the North Sea, for cod. On 12 July 1884, with her ketch rig complete, 'City of Edinboro' made her maiden voyage into the North Sea under skipper William Ferrand and a crew of five. Her daily catches were transferred to a fast steamer, allowing her to stay at sea for weeks. However her working life there was relatively short because steam trawlers soon replaced sail in Hull, and she was sold on 25 February 1897 to Geir Zoega, an Icelandic fish merchant based in Reykjavik. Renamed Frida, she fished in Icelandic and Greenland waters until 1913, employing a crew of twenty or thirty in hand-lining, each man having four lines.

She was sold in November 1913 to Neils Juel Mortensen, the first of three Faeroese owners, and continued fishing in the same North Atlantic waters, out of Torshaven. A small auxiliary engine was fitted in 1924 and she was renamed Solvaborg, but remained ketch rigged. In 1943 she was renamed Solvasker by her new owner, Ola Olsen: a wooden wheelhouse was fitted and she was based in Vestmannshaven. After the Second World War she resumed fishing voyages to Greenland. A 278 hp B & W Alpha engine was fitted in 1957 and she was renamed Sjoborgin, sailing from Funding on the main Faroe island of Stromo. Her rig was not cut down until 1961 when a steel wheelhouse was erected. In 1962 she was sold to Hans Petur Hojgaard and then worked as a motor trawler until 1967, when ill health forced her owner to lay her up.

In 1980 she was discovered by Henry Irving in the Faroes and brought back to Hull for rebuilding and restoration to her original rig, for use as a charter yacht with 20 berths. She was renamed William McCann, after her builder, and by 1984 – her centenary year – the rebuild was complete: she started charter work around north-west Europe, which continued until 1992. In that year she grounded in Brittany and broke her keel; with pumps on board she returned to Hartlepool, where she sank. Subsequent changes in ownership were to J P & J W Irving in 1994, and W E L Broad in 1995. By then she was laid up in Hartlepool in deteriorating condition with her interior stripped. In 1995 the William McCann Trust was formed to try to save her, buying the vessel in December of that year. In 1997 she reverted to her original name, but she sank at her moorings in Grimsby, and a bid to the Heritage Lottery Fund for her restoration was unsuccessful – these were desperate straits.

In 1998 'City of Edinboro' was put in the care of the Excelsior Trust (which had successfully restored the sailing trawler Excelsior), and towed to Lowestoft where she was hauled out of the water onto a covered slipway. In 2000 the Excelsior Trust bought her for £1.

In 2019 it was reported that the vessel remains laid-up in her purpose-built shed at Oulton Broad in Lowestoft, out of the weather, and a new project champion is still being sought.