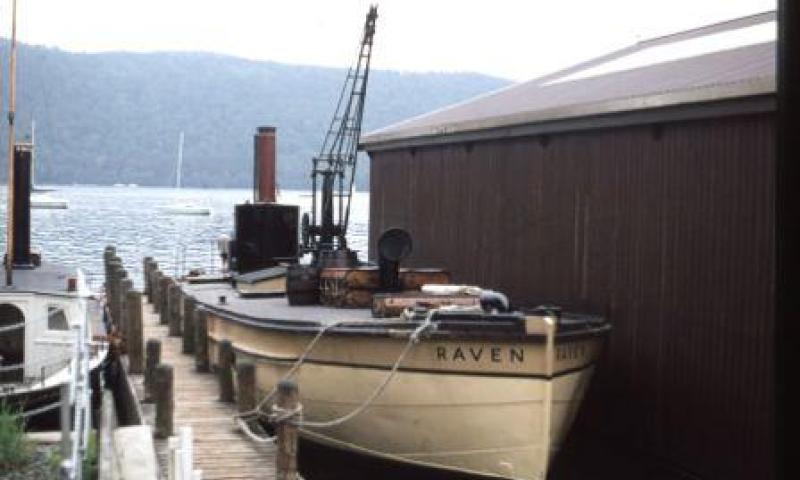 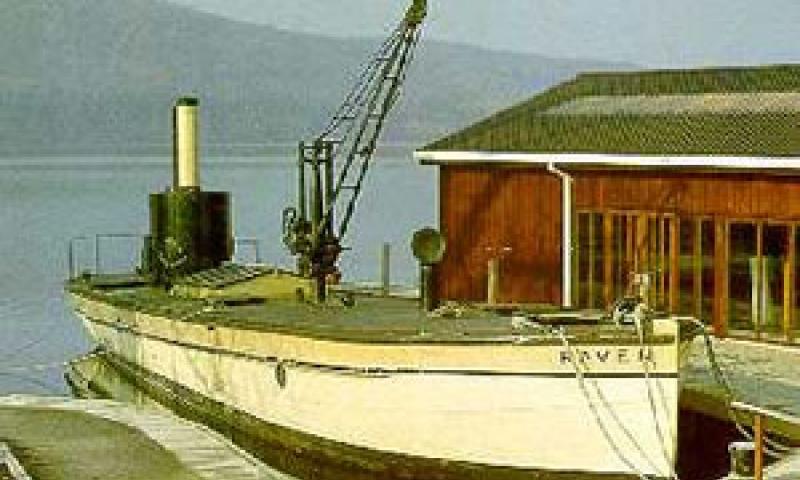 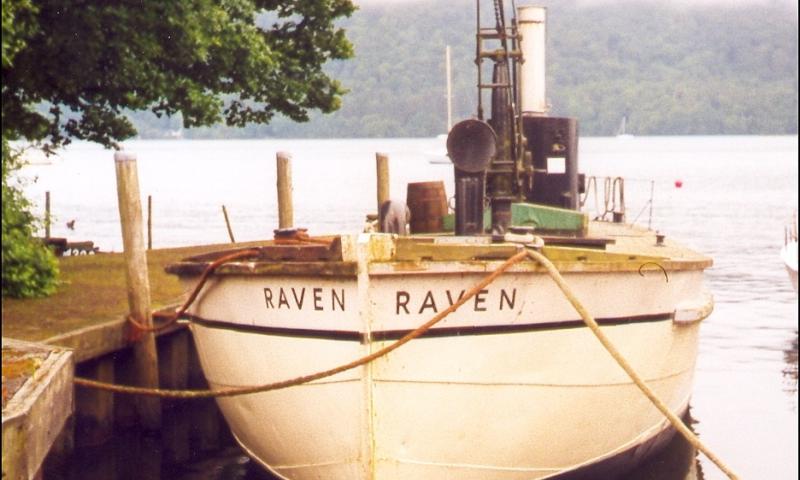 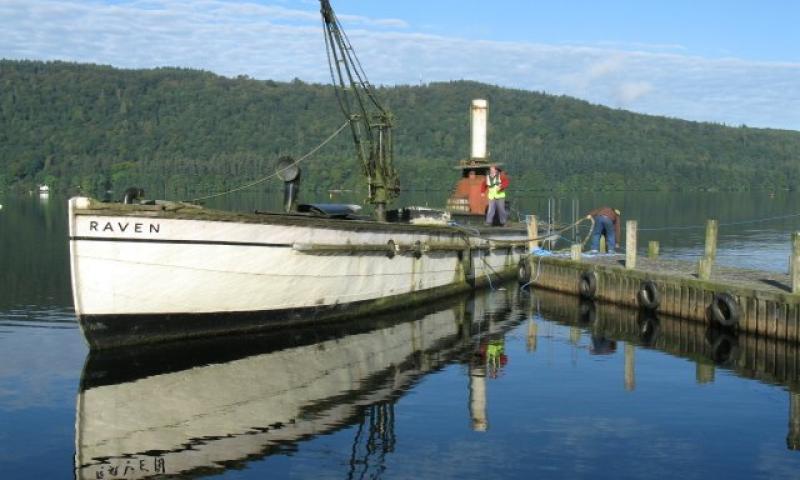 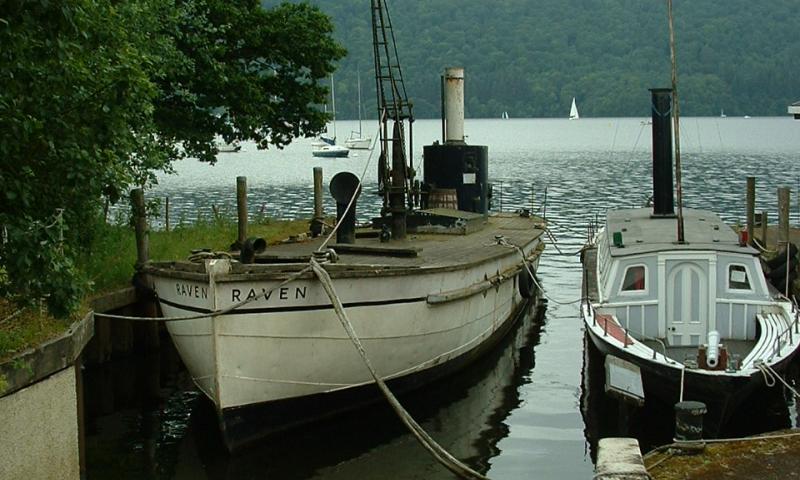 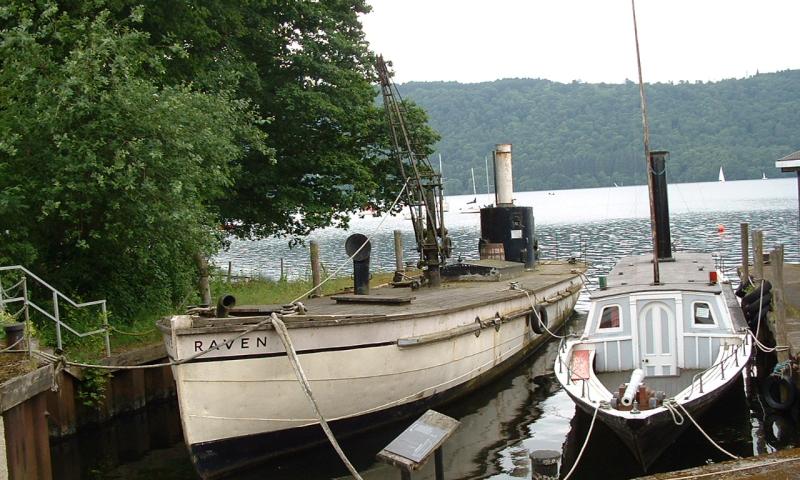 The steam barge RAVEN was built in 1871 by T B Seath & Co of Rutherglen for the Furness Railway to provide cargo services on Lake Windermere. Her hull is of rivetted iron and she retains her original single cylinder steam engine. She had tiller steering and carried mail, coal, timber, farm produce, and general cargo from the Lakeside railway terminus to the houses and hotels beside the lake, especially those scattered on the western side, and the railway warehouses at Ambleside and Bowness. During winter she acted as an icebreaker for the Furness Railway passenger steamers. Road competition brought her career to an end in 1922 and she was sold to Vickers Armstrong for testing mine-laying equipment. The present boiler was installed in about 1926.

By the 1950s, RAVEN was abandoned and semi-derelict and, in 1956, was bought by George Pattinson, who amassed a collection of Windermere steam craft. In 1971, RAVEN's enginer and boiler were overhauled, and on her 100th birthday, she once again steamed down the lake, painted in her original Furness Railway colours. RAVEN and the other vessels in the collection were displayed in the Windermere Steamboat Museum, which opened in 1977. The museum closed in October 2006 for restoration, and passed to the Lakeland Arts Trust in 2007. RAVEN is the second oldest vessel on Lloyds Register of Yachts and the oldest with her original machinery.