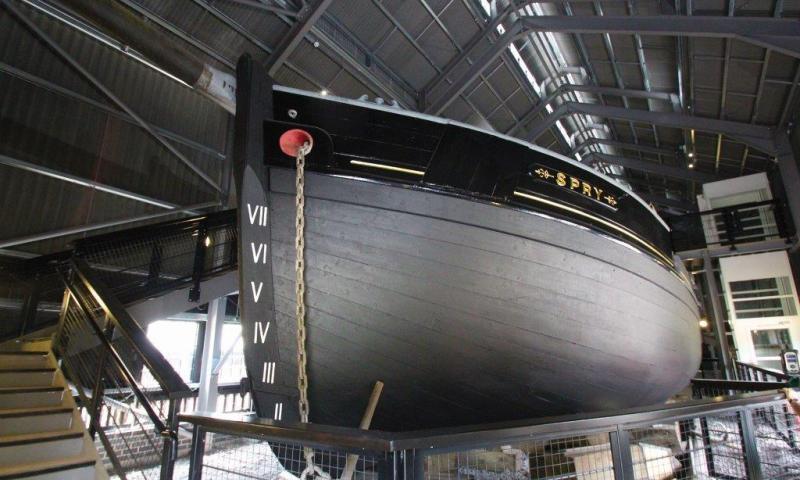 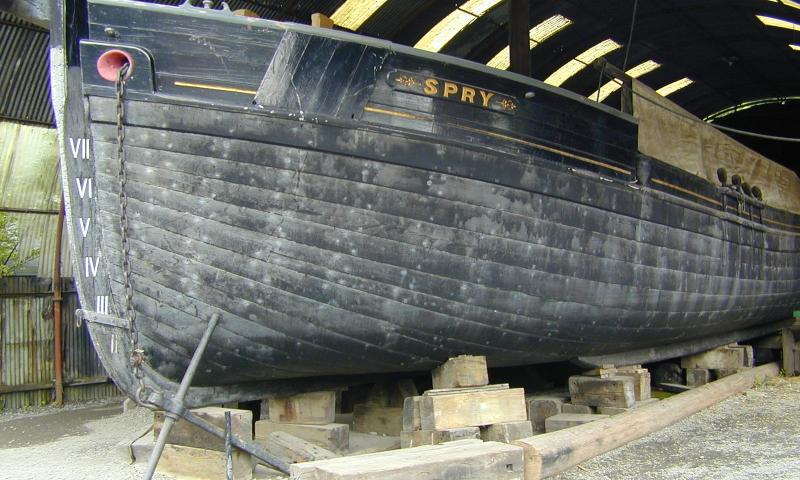 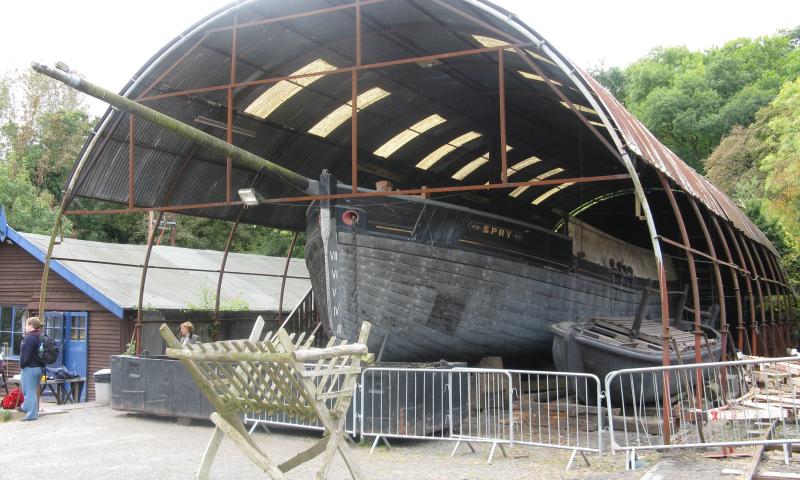 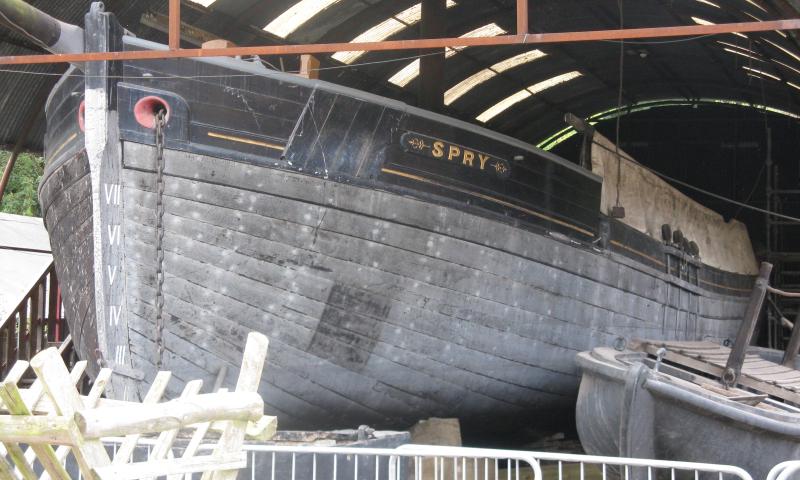 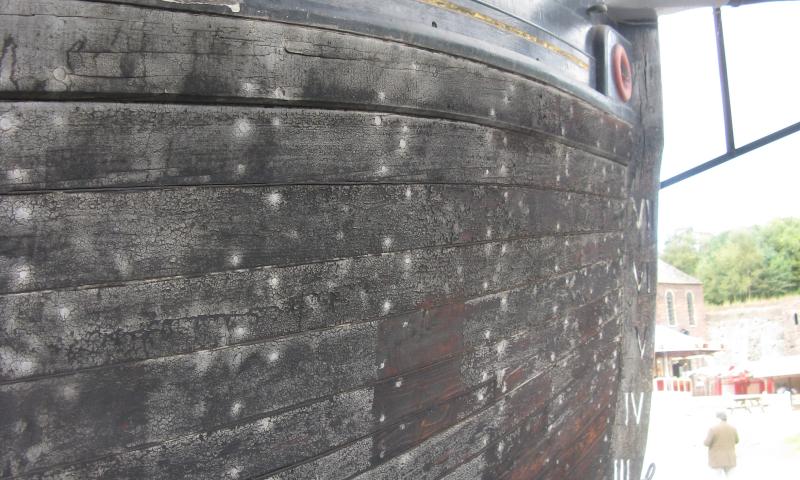 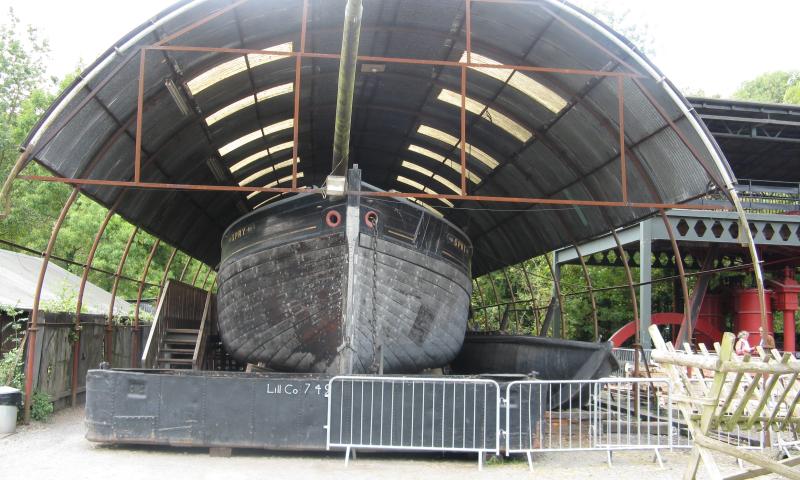 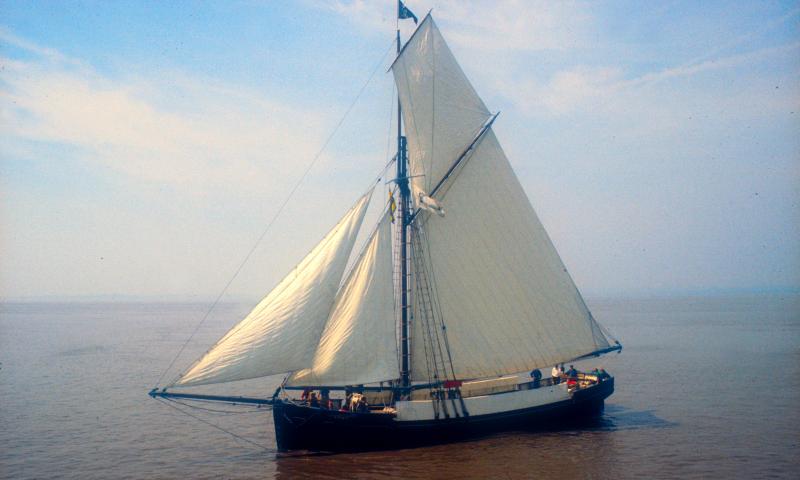 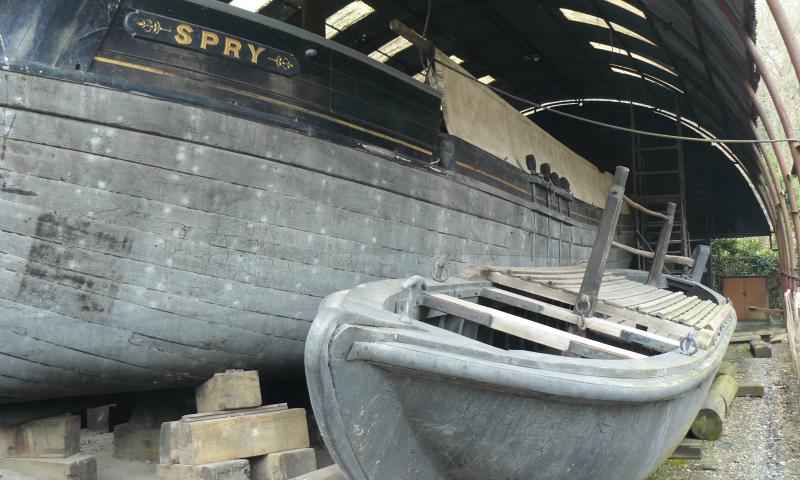 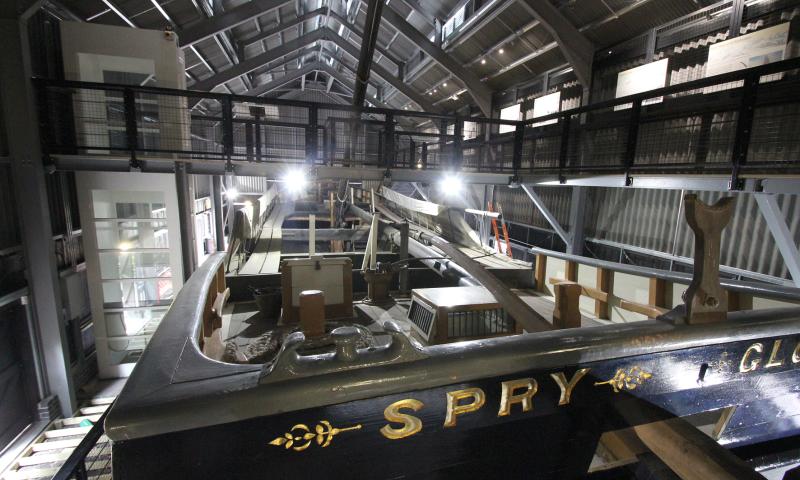 The only surviving complete Severn trow, SPRY was built by William Hurd, Chepstow, in 1894 to trade in the Bristol Channel, and was registered at Gloucester on 25 October of that year. Her first owner was William Davis, a Chepstow stone merchant and she usually carried limestone from riverside quarries near Chepstow down to Cardiff. Information about SPRY's cargo and journeys can be found in her official logs of 1894-1912, stored at Gloucestershire Archives. The accounts show that she made 12 voyages between Chepstow and Cardiff in her first two months after being registered in 1894. Records from 1896 reveal that a journey from Chepstow to Newport could take SPRY as litle as two days, while sailing upriver from Newport back to Chepstow could take around 12 days.

In the years before First World War, SPRY carried sand along the Bristol Channel for a glass bottle factory. It is said that the master, Thomas Aldridge, was asked to captain SPRY to transport goods to France during the war. However, by this time, SPRY was in a very poor condition and was not fi for the role.

She is believed to have shared loads with BESSIE ELLEN (q.v.) in and around the Bristol Channel and west coast.

She was originally sloop rigged, with a jib, staysail, topsail and gaff main and this rig has now been restored. Her mast was almost certainly fixed because, unlike many Severn trows, she did not trade up river, which would have necessitated lowering the mast for bridges. In 1913 she was altered to a ketch rig, with a small mizzen mast, and probably at the same time her tiller steering was replaced by a wheel. In 1920 her hull was deepened. In about 1936 she was converted into a dumb barge and during the 1950s and 1960s she was used in the docks at Diglis basin, Worcester, where she later became derelict until acquired by the Upper Severn Navigation Trust in 1983 in partnership with the Severn Trow Preservation Society and the Ironbridge Gorge Museum Trust.

She was moved on a road trailer on 26 March 1983, from Diglis basin to Ironbridge Gorge, Shropshire, where she was completely rebuilt at Blists Hill. With the hull jacked up into shape (to correct the sagging) and supported in cradles, the inner planks were removed; then the old frames were removed and replaced two at a time, whilst the old outer planking acted as a mould - to which the new frames were temporarily fastened. Then the two top outer and inner planks were replaced, and the vessel was suspended from the top planks (whilst still sitting on the keel) before the bilge stringers, planking and strakes, and the bilge keels, could be replaced; the original keel was pulled out and replaced, and then the rest of the hull was planked up. Her new frames are double sawn oak, the carvel planking is larch, and the decks and spars are of Douglas fir.

It took 3 years to acquire enough wood to rebuild SPRY. 83 trees were donated from generous benefactors around Shropshire and the Staffordshire border. The trees used in the reconstruction were:

This rebuild was finished in 1992, and SPRY was placed on a lowloader and taken to Bristol for the International Festival of the Sea in 1996, where she sailed again for the first time in sixty years. Afterwards she sailed to Gloucester to be displayed at the National Waterways Museum before returning to the Blists Hill site of the Ironbridge Gorge Museums, Madeley, near Telford. There she is displayed under cover in a dry berth.