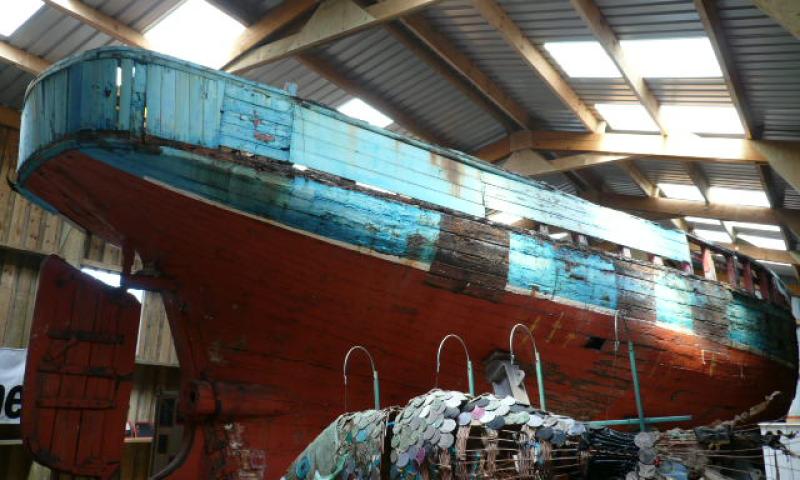 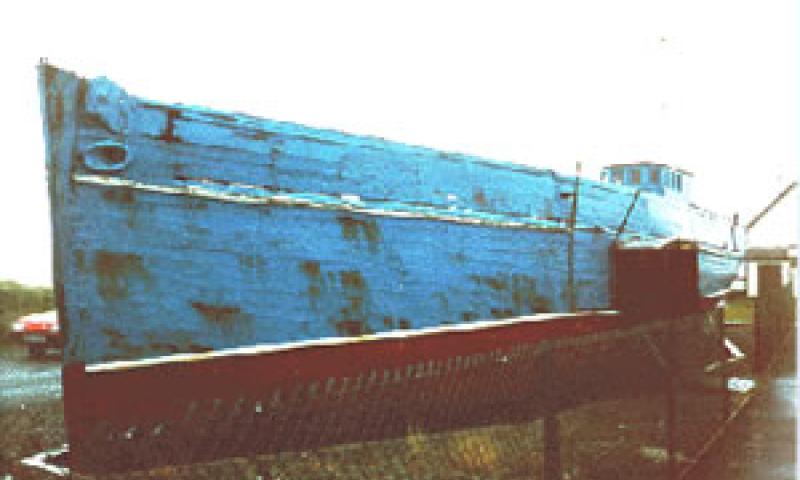 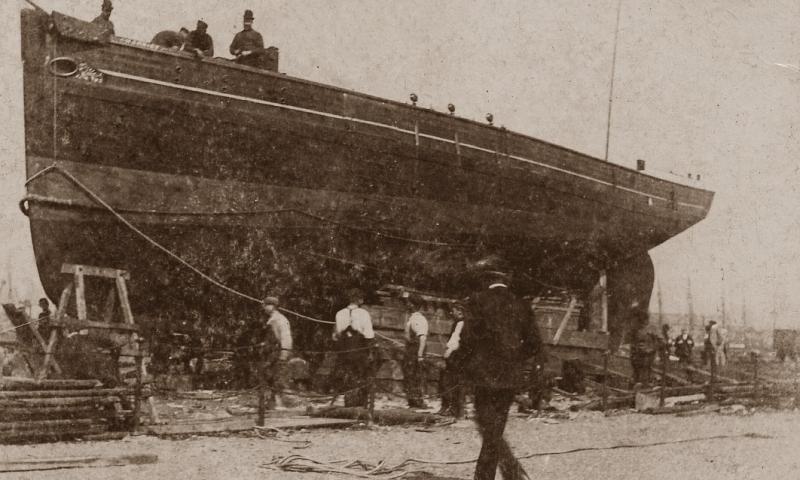 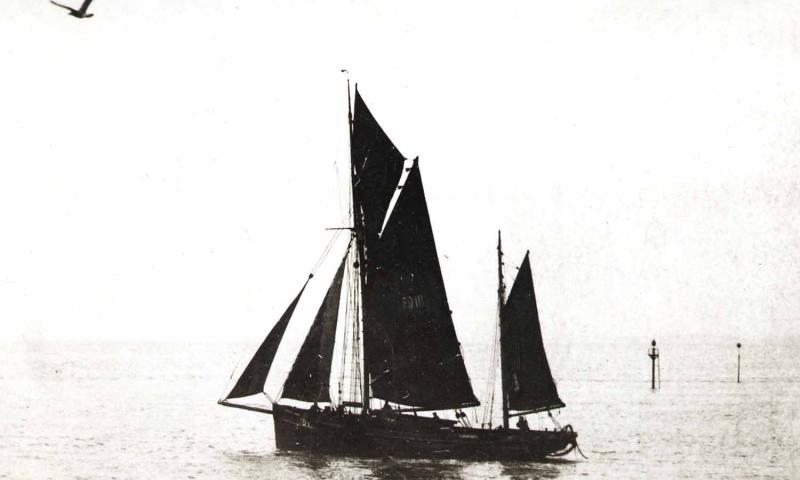 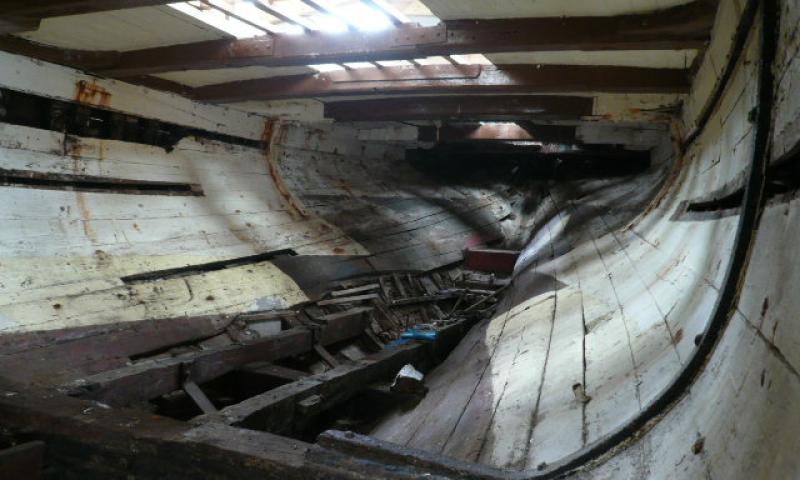 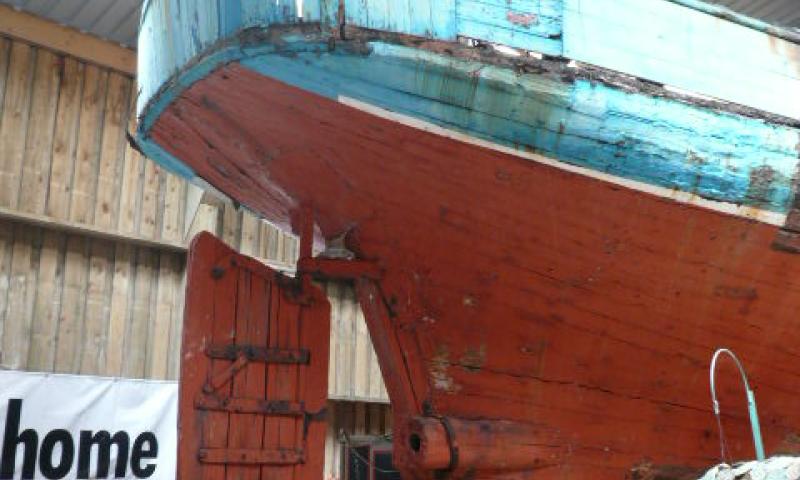 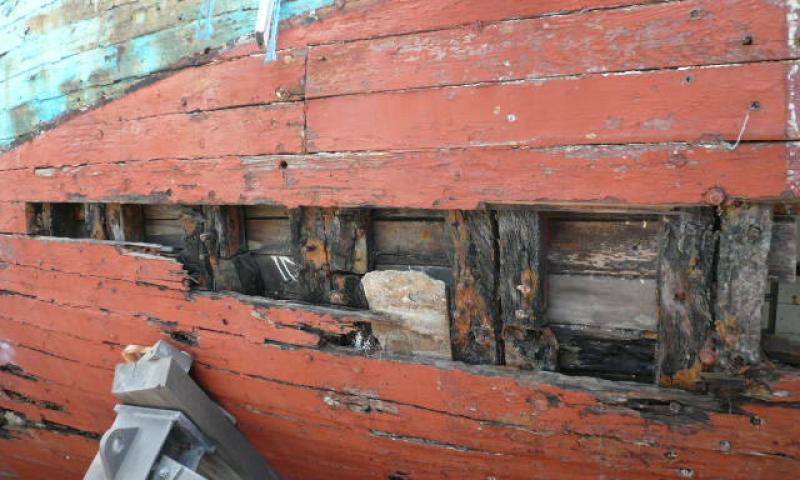 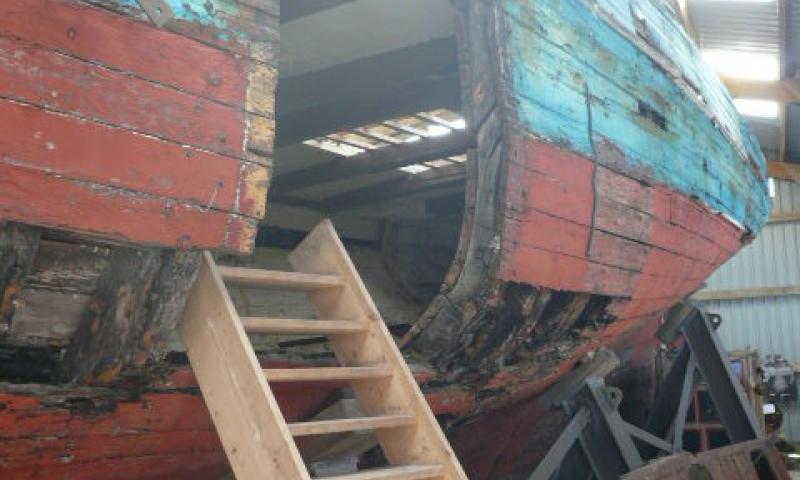 Function Fishing Vessel
Location Fleetwood
Current use Museum based
Available to hire No
Available for excursions No
Info required No
Web address www.lancashire.gov.uk/museums

Harriet is the last surviving Fleetwood built and registered fishing smack, a unique example of a type which evolved specifically for work in the difficult waters of the Irish Sea and the North West coast. Fishing smacks were sail driven craft and were the fore runners of the modern deep sea trawlers. Smacks, like Harriet helped to build Fleetwood's huge fishing industry. She was built by the Singleton Bros. for £ 1,200 in 1893. She is a ketch rigged fishing smack, constructed of pitch pine planking on oak frames, 64 feet long with a beam of 21 feet and from keel to deck level, a height of 11 feet 9 inches. Her main mast was 45 feet high and her mizzen 27 feet and her gross tonnage 80 tons. She made her maiden voyage on 22nd. September 1893. At this time Harriet, towed a beam trawl (consisting of a trawl net held open by a heavy wooden beam with weighty iron shoes on each side) and had a full set of sails. These craft were dependent on the wind and tide and had no power save that from a small steam boiler used mainly to operate a capstan which helped to haul the trawl gear. In the 1930’s she was fitted with a semi-diesel auxiliary engine that gave her a top speed of 6 knots. In 1942 when George Fletcher joined the crew, Harriet was still using full sails, paraffin lamps, lead line and compass and he said that she still had an open cockpit and tiller. David Helm owned the Harriet until his death in 1969, although by this time George had come in with him as part owner as well as Skipper and in 1969, George became full owner. During thirty odd years on the Harriet, George made many improvements, adding a wheelhouse, a steering wheel and a winch to replace the capstan. He also added new engines for instance in1943, a 68 horse power Gardner engine was fitted and some of her sails were subsequently removed and the masts shortened. In 1962 she was still sailing regularly from the port to Morecambe Bay, Manx, Scottish and Irish fishing grounds in search mainly of soles and hake, she had been at sea almost continuously since the day she was launched. Harriet survived many storms and groundings in her long career- a tribute to her sturdy construction and the “trunnel” (or tree nail) fixings which allow flexibility in the hull. In 1977, after over 80 years of fishing Harriet made her final voyage, skippered for the last time by George Fletcher to Borwick Rails near Millom. She was taken out of the water to be transformed in to a day centre for handicapped children, run by the Harriet Trust. In 1994, Harriet and another vessel Sulwath were dramatically altered to provide better facilities for the children in a project designed for the B.B.C. television programme, “Challenge Anneka”. However the project’s results proved to be short lived as a year later, the boat was declared unsafe. After discussion with the Harriet Trust, Lancashire County Museums Service made the decision to rescue the historically important Harriet and return her to Fleetwood for conservation and display within the Museum. The Friend’s of Fleetwood Museum and museum staff worked hard to ensure Harriet’s homecoming- the project was fraught with many obstacles and her rescue is a testimony to those involved. However, anyone who witnessed her return to Fleetwood on August 19th, 1998 passing the Lower Lighthouse in fading light on a floating pontoon, to the sound of cheers and car horns, will know what she means to Fleetwood.