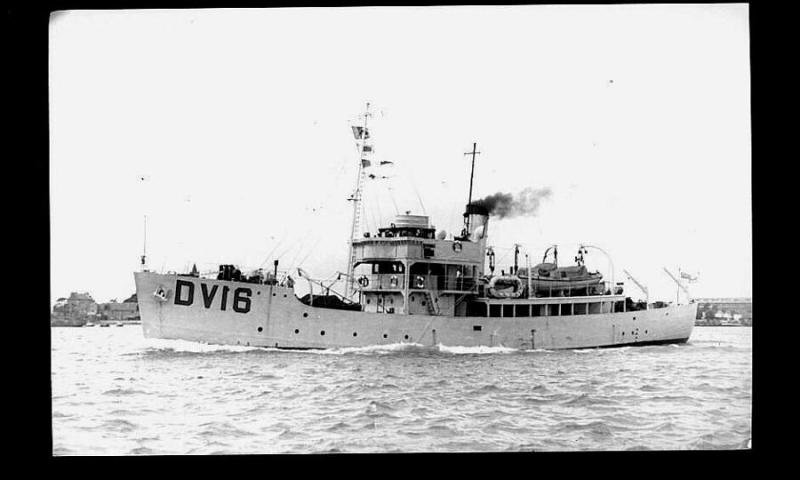 Built in 1943 by John Lewis & Sons Limited, of Aberdeen, LORRIMAR is a tank cleaning vessel with steam propulsion, formerly named HMS SKOMER. In June 1944, she took part in 'Operation Neptune', the Normandy D-Day landings, as an anti-submarine escort. In 1945, she escorted a surrendered German minesweeper flotilla from Jersey to Plymouth. Returning to Jersey, she escorted convoys of Landing Craft Tanks, LCTs, carrying German prisoners of war. After the Second World War, she was converted to a wreck dispersal vessel in 1946 operating for ten years before further conversion to an oil tank cleaning vessel. In 1979, she was sold to the mercantile navy and renamed LORRIMAR. Since 2002, LORRIMAR has been in use as a harbour service vessel.