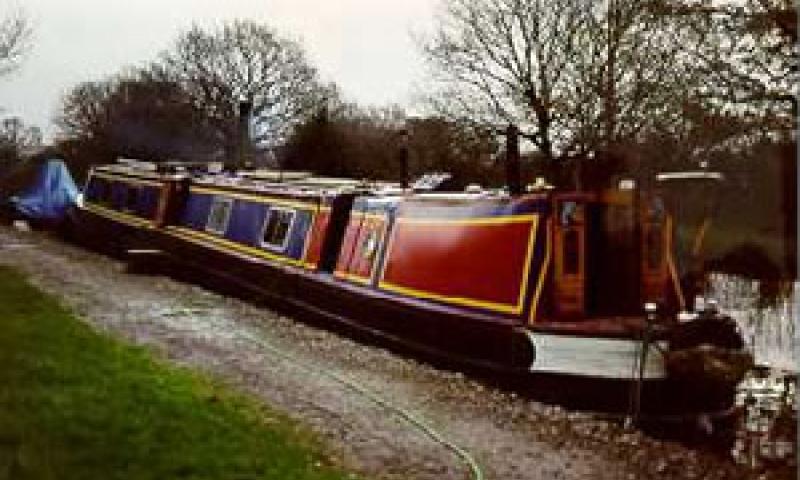 Built in 1936 by W J Yarwood & Sons of Northwich, Cheshire, SHIRLEY is a cargo carrying narrowboat commissioned by the Grand Union Canal Carrying Company. Constructed of riveted steel, she has an 18hp National DM2 diesel engine. As one of 38 similar boats built by Yarwoods and known as a ‘Large Northwich’, SHIRLEY was built to a larger specification than previously and carried more cargo. The GUCCC fleet passed to the British Transport Commission on nationalisation in 1948 which in turn became the British Waterways Board in 1962. Between 1963 and 1970 she was on loan to Willow Wren Canal Transport, for some time carrying wheat on the River Nene. In the early 1970s she passed into private ownership and was converted to a houseboat. Between the 1970s and 1994, she was renamed HALIFAX before reverting to her original name.