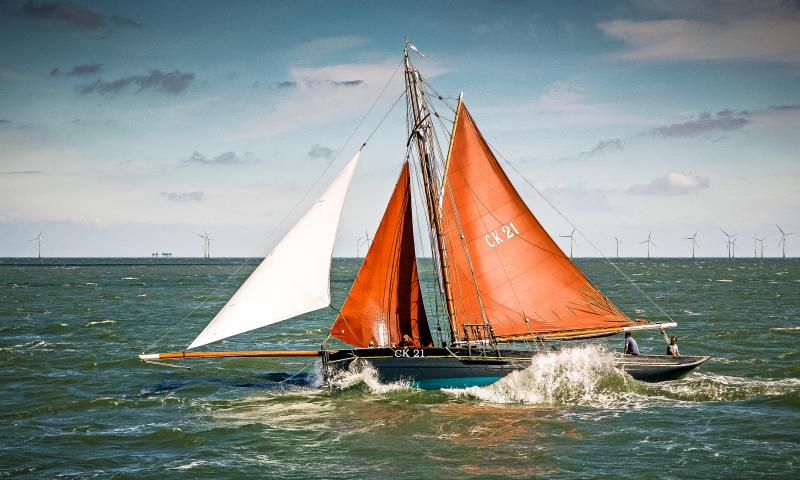 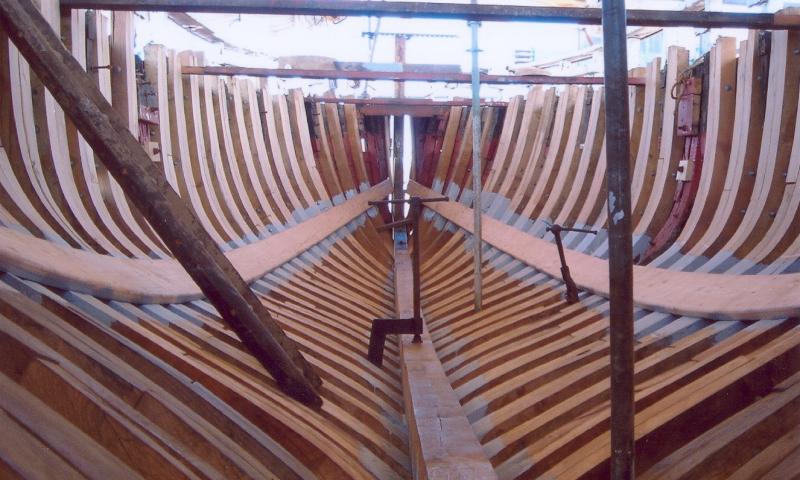 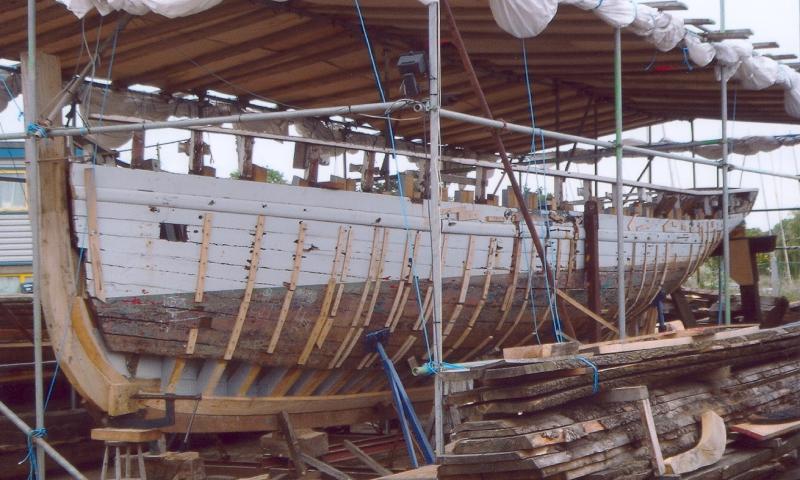 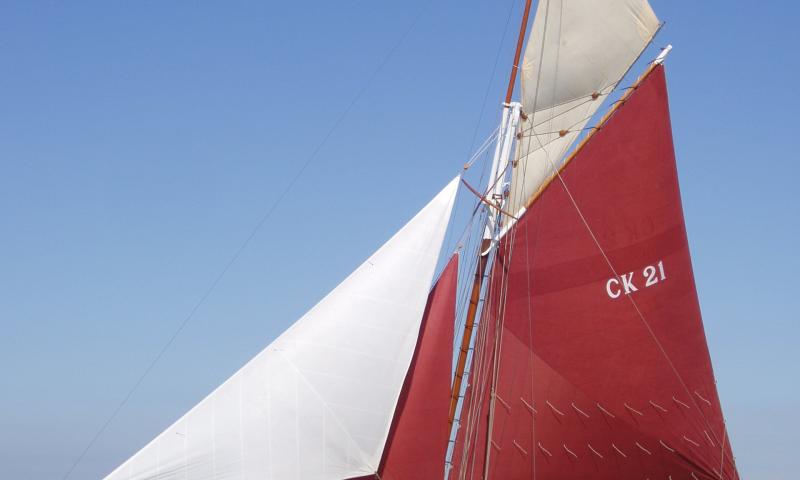 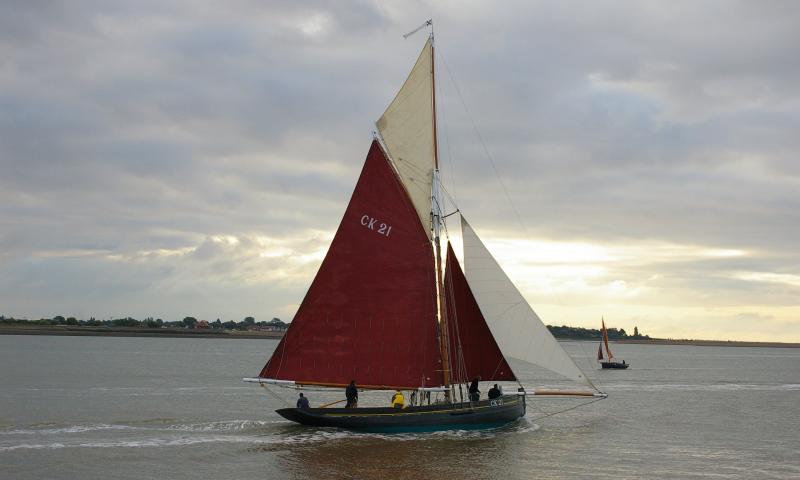 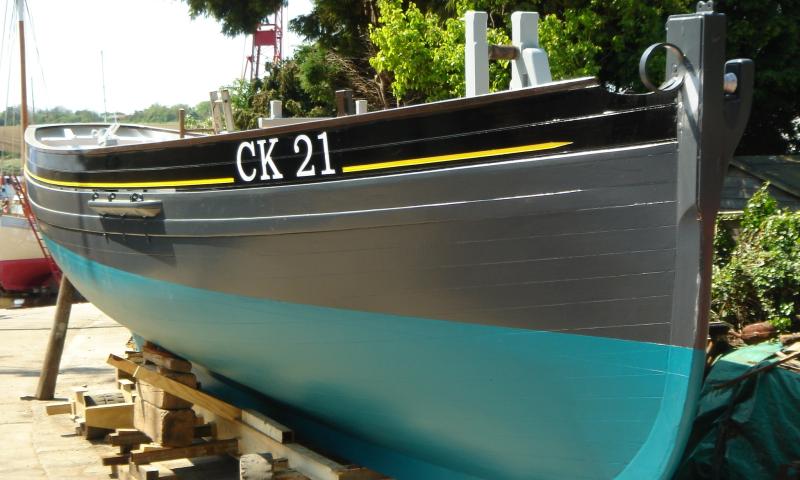 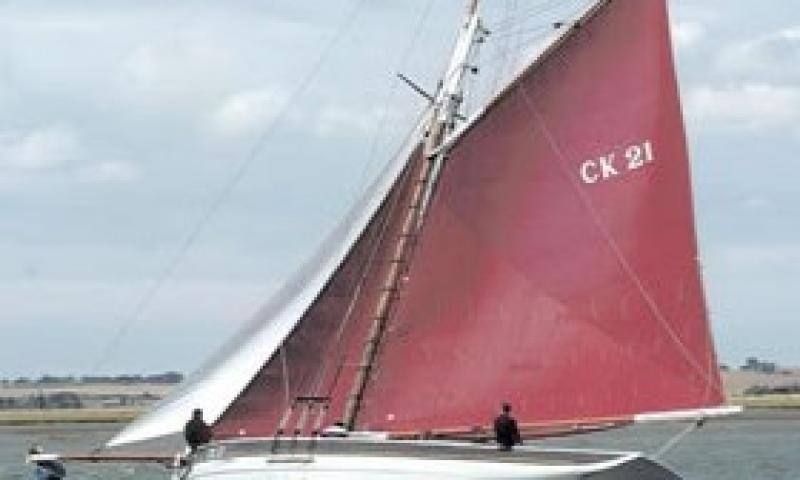 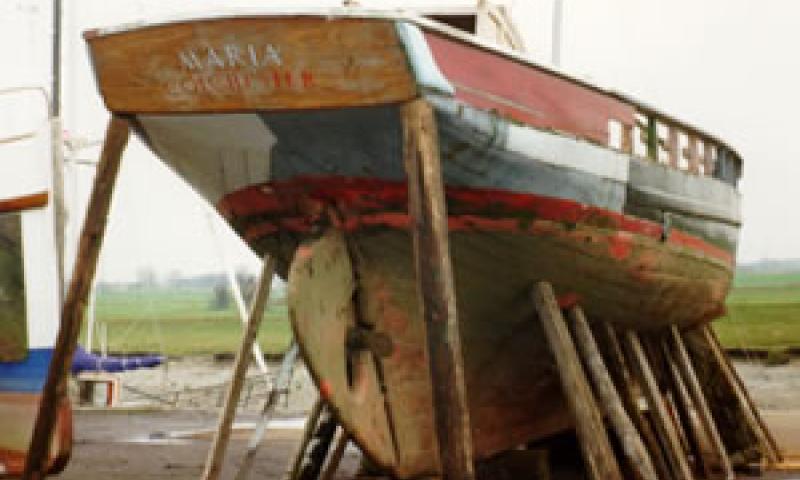 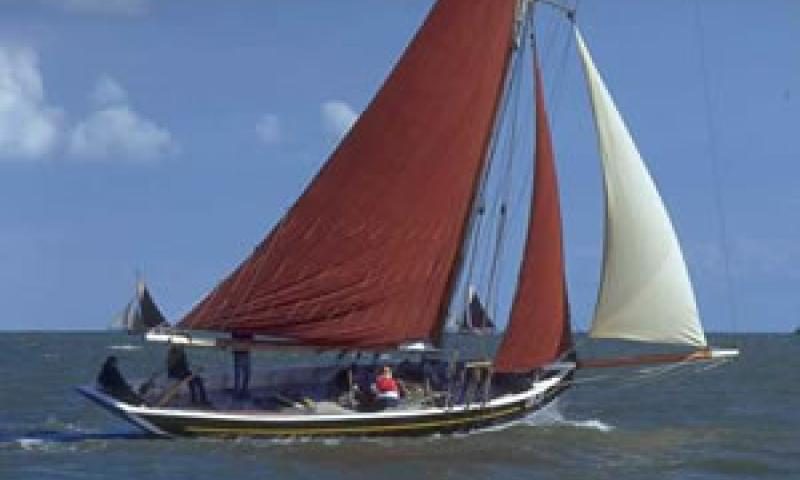 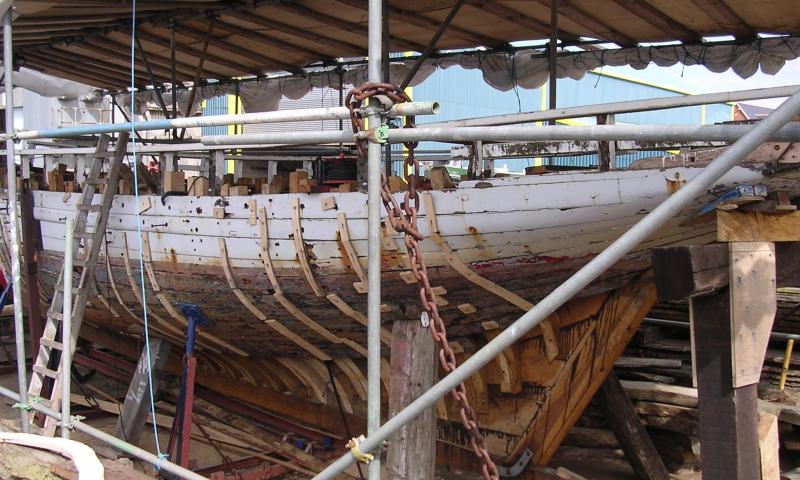 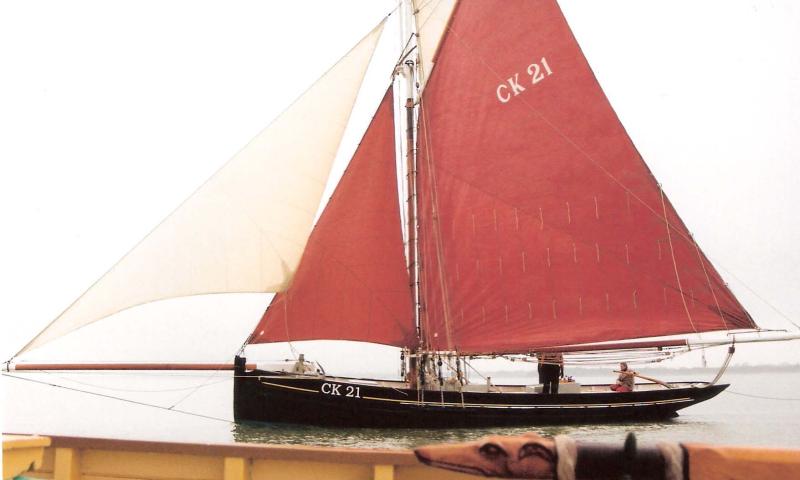 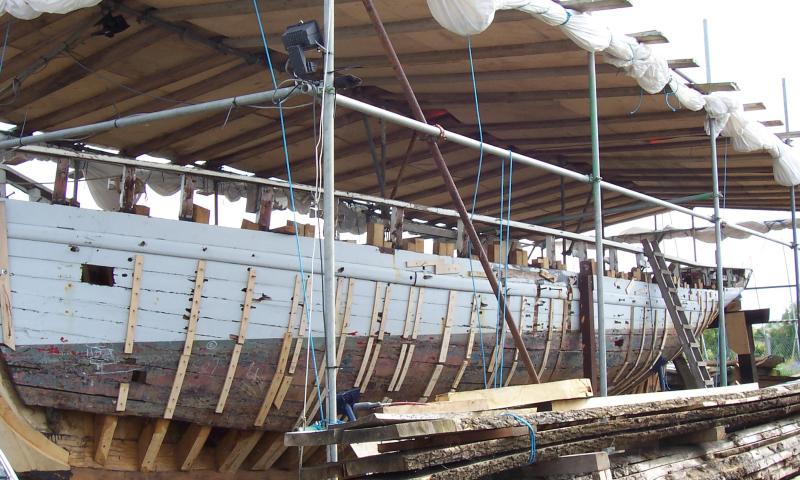 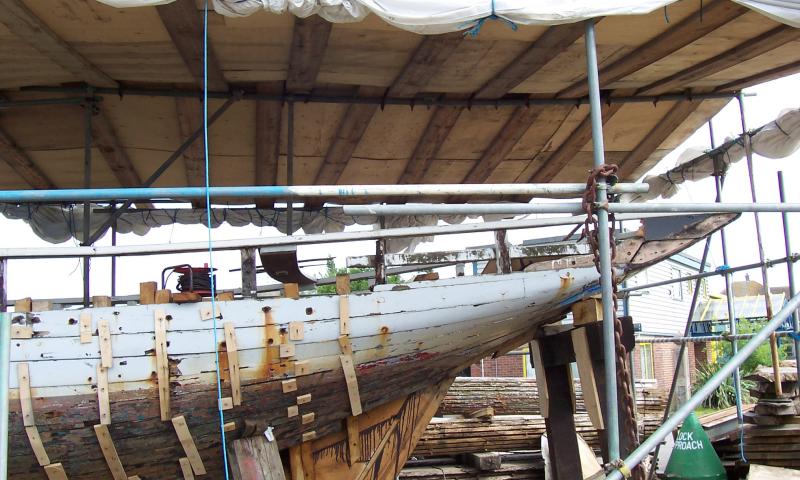 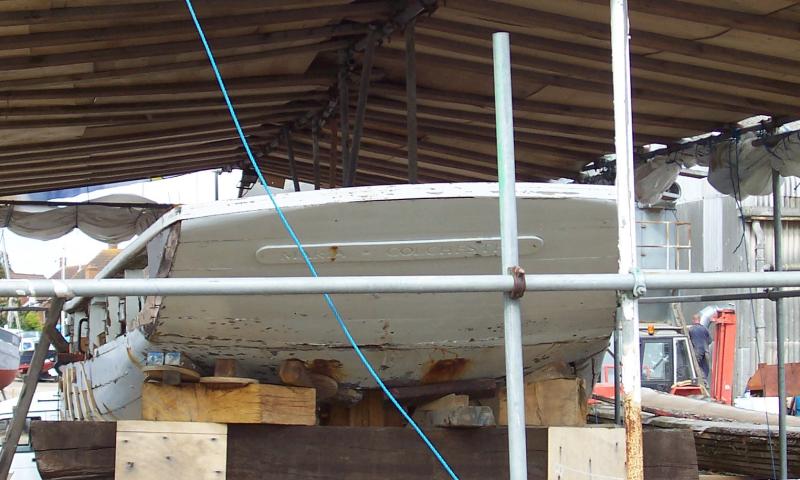 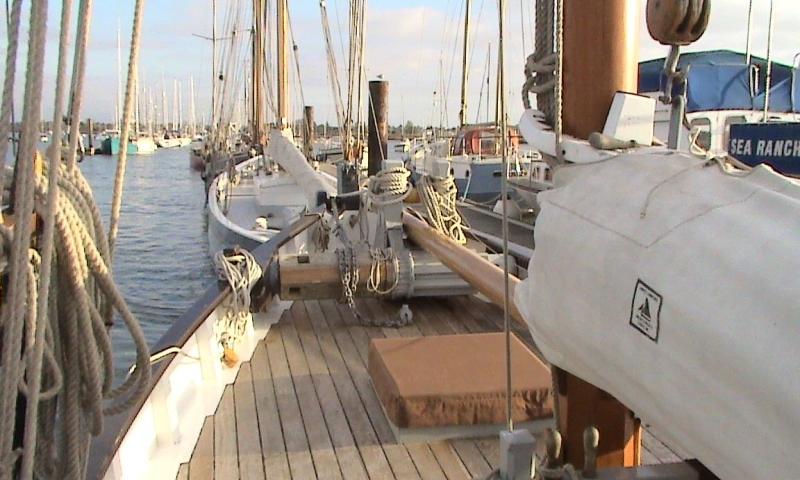 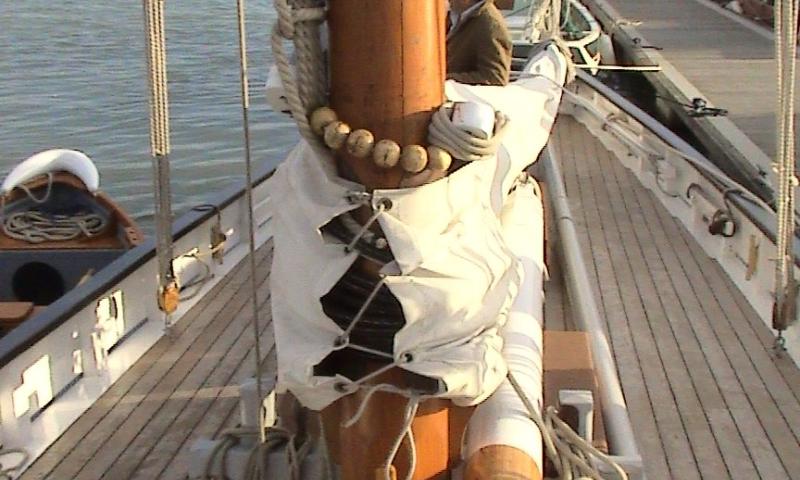 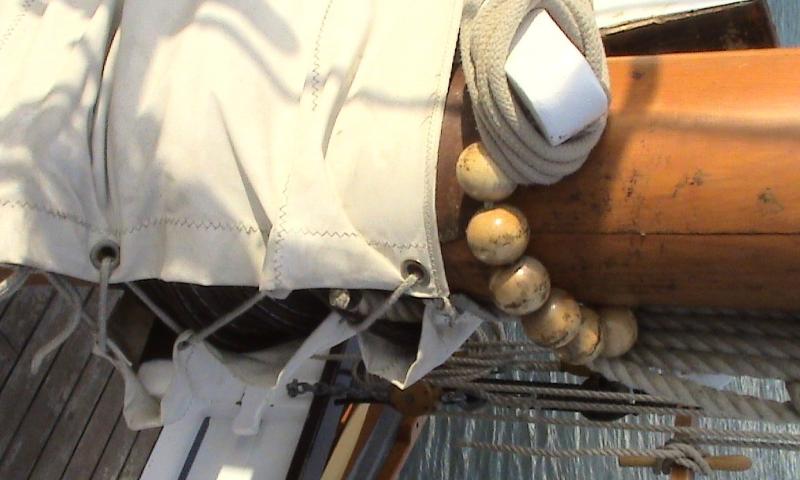 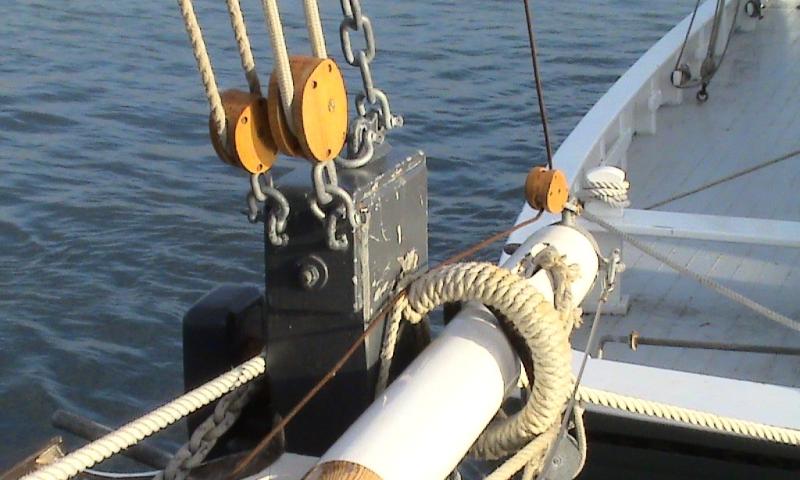 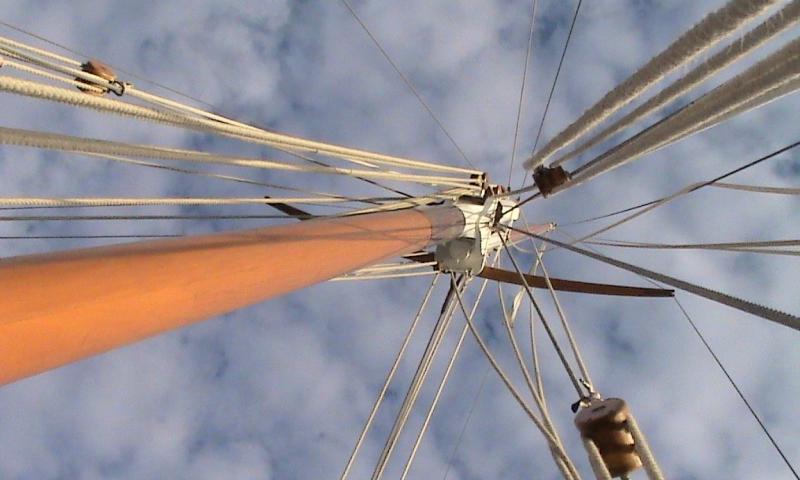 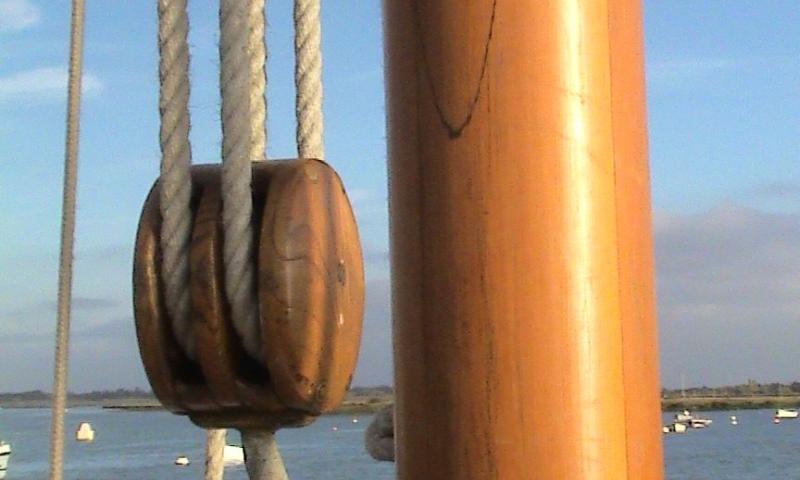 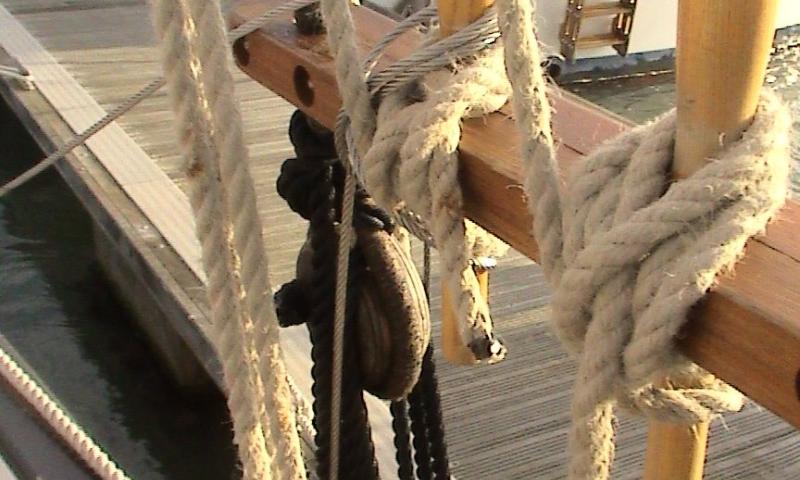 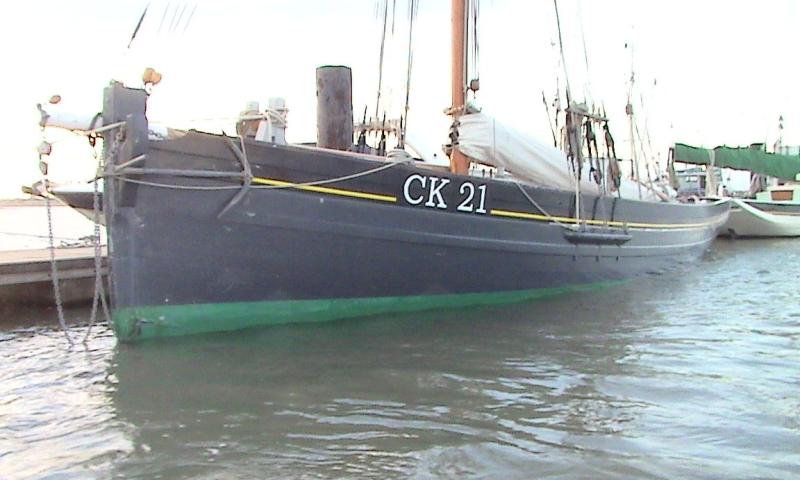 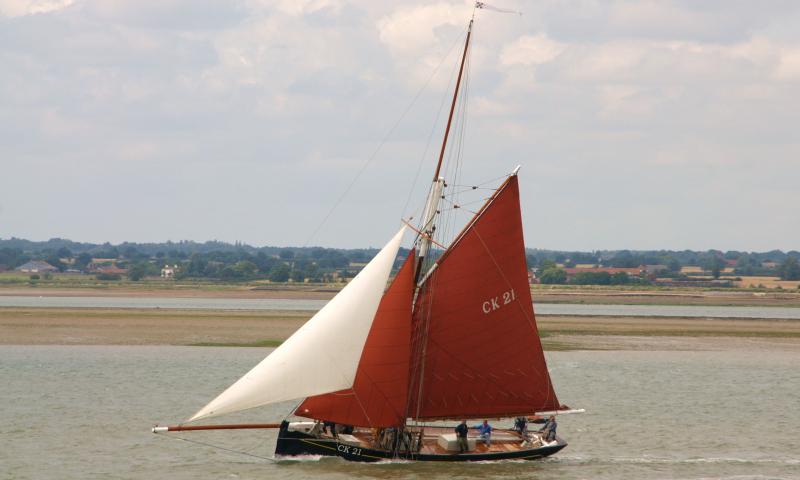 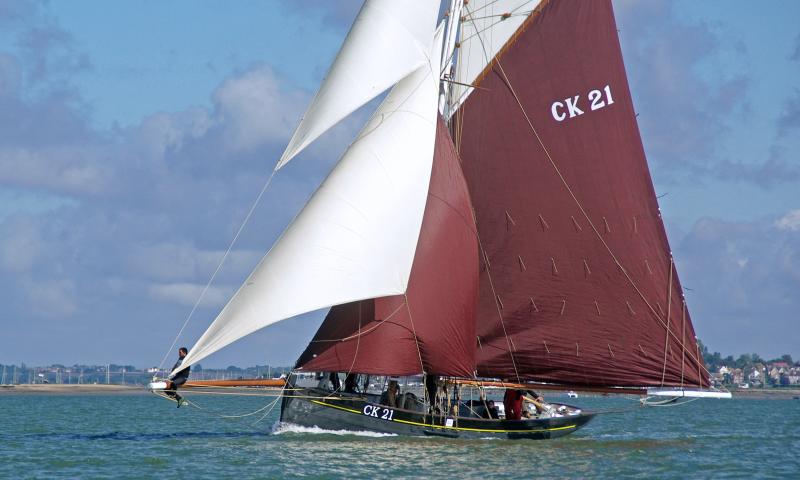 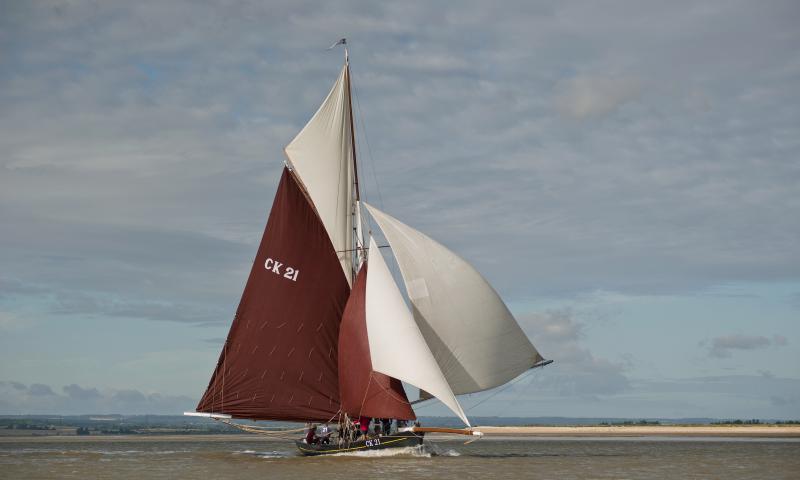 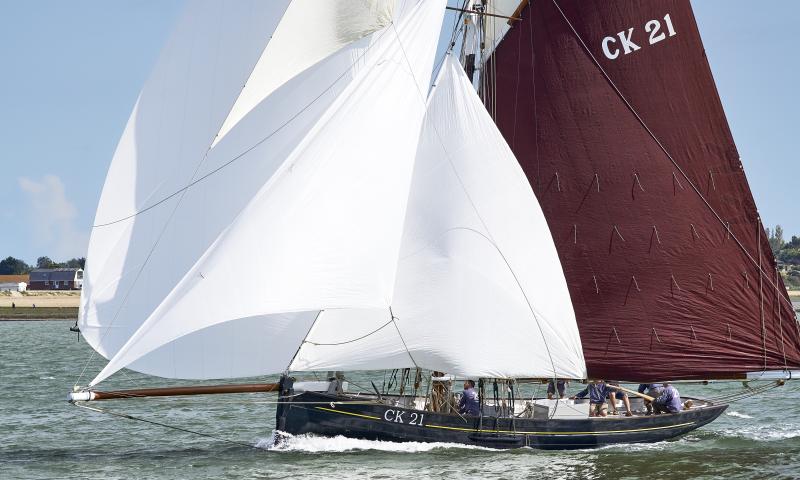 The Colchester smack MARIA (pronounced ‘Mariah’) was built in 1866 by Harris Brothers, at Donyland (renamed Rowhedge in 1912), Essex, for Mr Dunn, of Wivenhoe, and is one of the oldest smacks afloat. Harris mainly built yachts and, reflecting this, MARIA is narrower than later smacks which were more beamy and hence more stable in a blow. She was a first class smack used for oyster dredging and fishing on the east coast. MARIA was also regularly raced in the winter months by owners who all skippered the large racing yachts of the late Victorian and Edwardian periods, and was reputed to have been a fast boat.

In about 1880 MARIA was bought by the Levetts of Tollesbury who worked her in inshore fishing for over 60 years. In the Second World War MARIA was sunk after being hit by a trawler and remained submerged for eleven years. She was eventually laid up in a creek where she sank and filled with mud. In 1961 she was bought by Tommy Bolton who raised her and rebuilt the stern, albeit 2ft short, but Bolton was drowned in a yachting accident and MARIA was re-rigged by a new owner as a schooner.

Later she was sold to a Dutch owner and was taken to Holland in 1975 to become a live-aboard at Muiden. MARIA was found there in 1996 and brought back to Kent by lorry. She was refitted as a gaff cutter with new sails and competed in Medway and Swale smack races.

In 2004 a full scale rebuilding of MARIA commenced at Maylandsea, Essex, under the efficient and watchful eye of Rick Cardy. However, due to other work commitments MARIA was moved to St Osyth to complete the planking and the remainder of the hull restoration, which was carried out by shipwrights Alan Williams and Andrew Balfe at Andy Harman’s yard. She was fitted with a powerful windlass forward so that she could be used for the traditional stowboat fishing in winter, during which she is anchored.