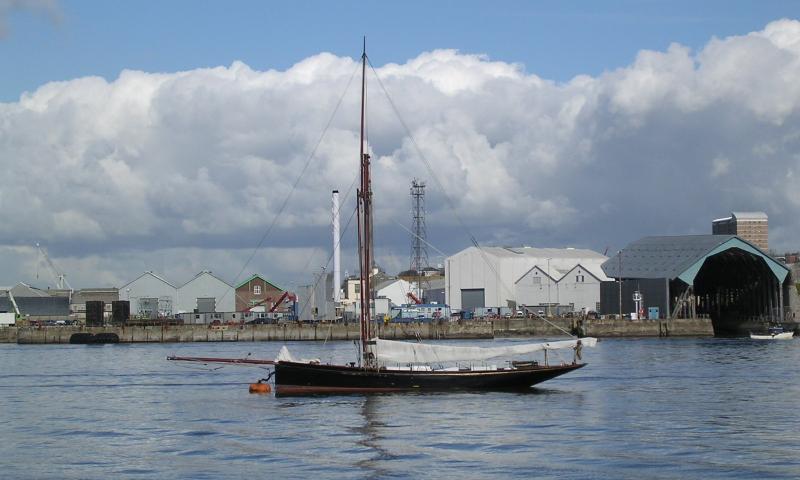 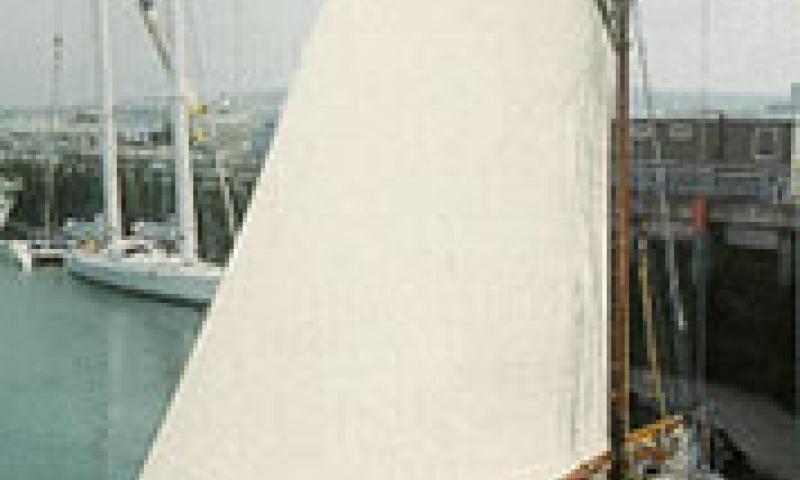 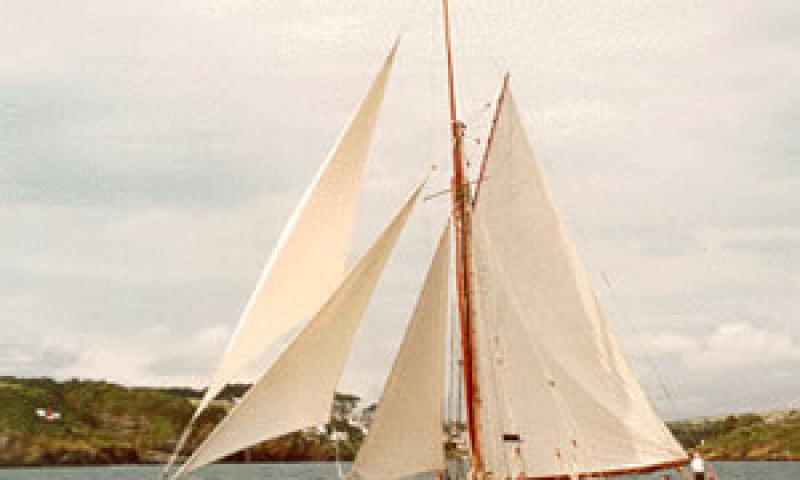 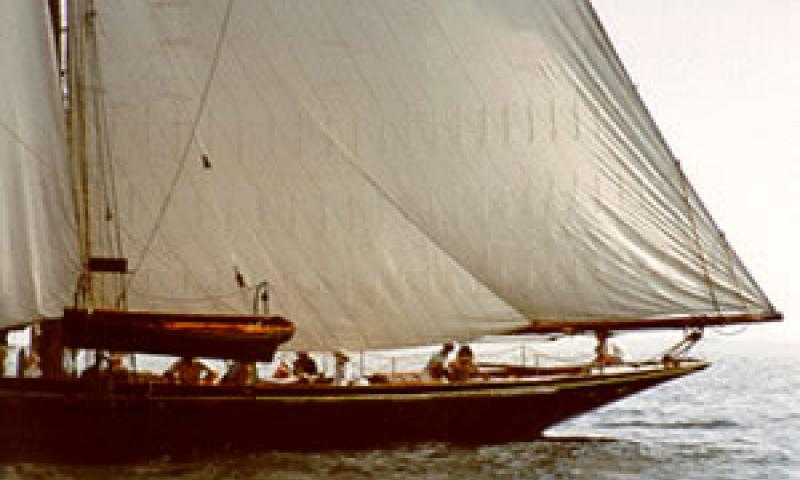 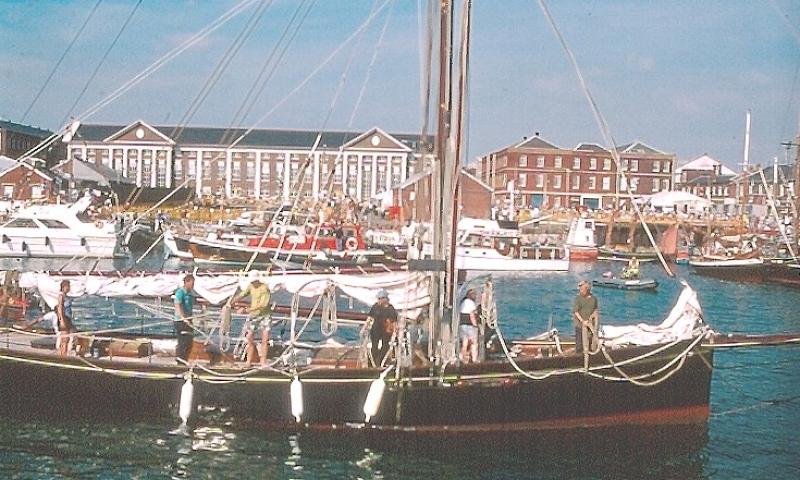 Built in 1892, MARIGOLD was one of Charles Nicolson's earliest designs. She was one of the first yachts to include diagonal metal cross-bracing in the region of the chain plates, designed to limit the racking strains from the huge rig. Originally iron straps (2 1/2 x 1/4 inches) were laid on the inner face of the planking and diagonally let into the frames, forming a cross on each side of the hull which stretched from keel to beamshelf. She also featured double tapering 3 3/4 inch x 2 3/4 inch oak frames, but with a 3inch gap between each pair. The idea was to spread the loading and prevent rot in an inaccessible place. In fact the iron cross-pins holding the pairs together caused the deterioration of the oak in later years. MARIGOLD had no lodging knees beneath the deck, thus saving weight above the waterline and relying on her relatively narrow beam and swept deck to give her sufficient stiffness. Her keel arrangement, typical of yachts of the period was minimal - a wide false elm keel strapped to the frames with heavy, wrought iron floors and through bolted to carry the 12 ton lead keel. The elm had to be replaced with oak during restoration. All the frames also had to be replaced to meet the Lloyd's A1 classification. The original 1 3/4 in planking was pitch pine below the waterline and teak above. All was replaced with Paduk. A watertight bulkhead was also required and extra knees. A small engine, with twin hydraulically-driven propellers, was installed. Much of the work on the hull was carried out by Canal & Marine Services over a 2.5 year period.