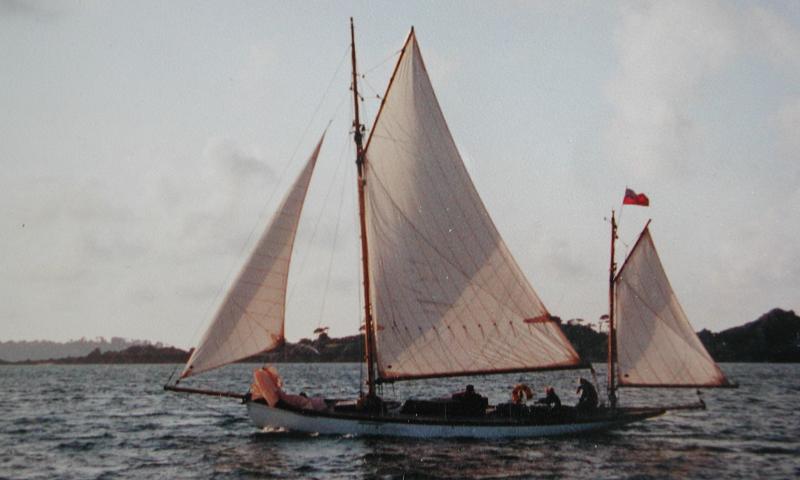 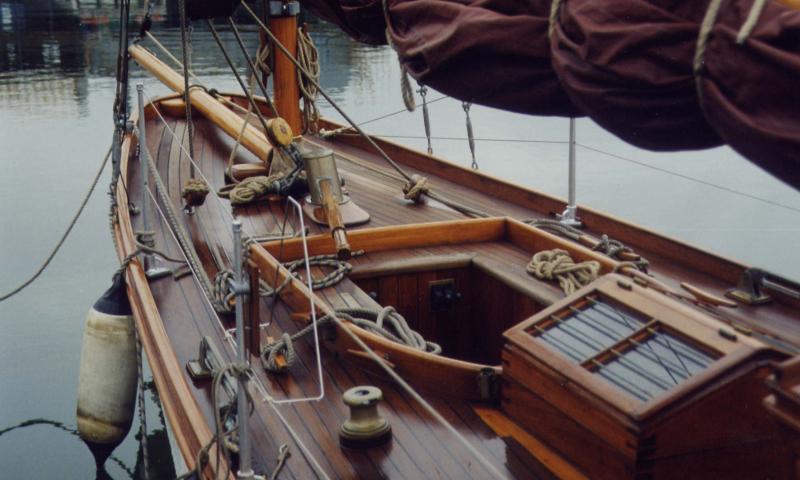 GULNARE was built by Lymington Shipyards in 1900 and is one of the last boats to be built before they were bought out by the Rev Thomas Berthon. She was launched on the 17 January 1900 and named QUEENIE. She was sold in 1901 to Mr F A Richards who renamed her GULNARE. In 1906 she changed hands and was bought by Charles Cree, a barrister. He sailed her with his family until his death in 1920 when his son Donald Cree took over ownership. Donald, who was also a barrister, was Honorary Secretary of the Royal Cruising Club during the 1930s and beyond. In 1970 she went to Swansea, where Bryn Fussell owned her. He sailed her to South wales and once timed her 9knts held over a 2 hour period. It was during this time that her counter stem was badly damaged when she broke her mooring. In 1980 Anthony Whitehead bought her. She was sold again in 1985 to Howard Haynes, an airline pilot, who kept her at Dickies in Bangor. Eventually, in 1988 Michael Cartwright bought her back to the Hamble where he lived aboard her with his family. Eventually she was laid up ashore at Deacons Boat Yard for a number of years.