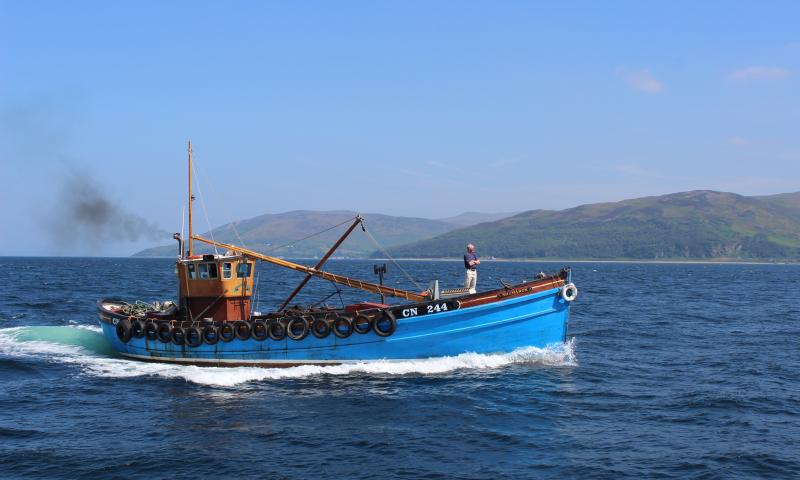 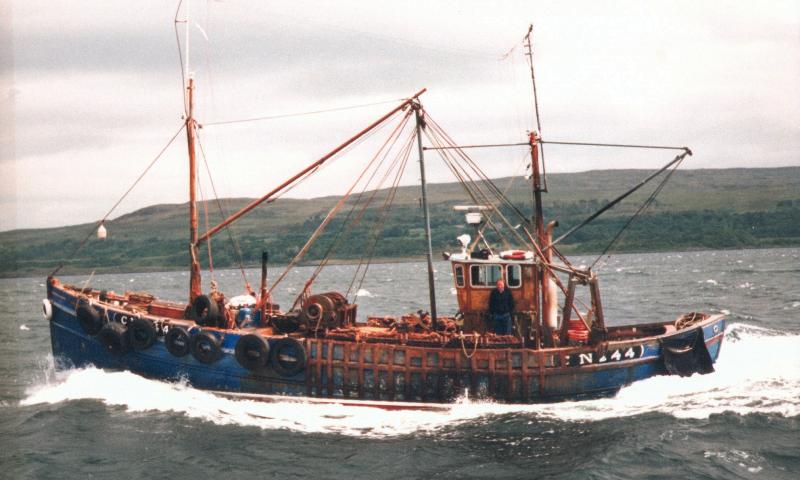 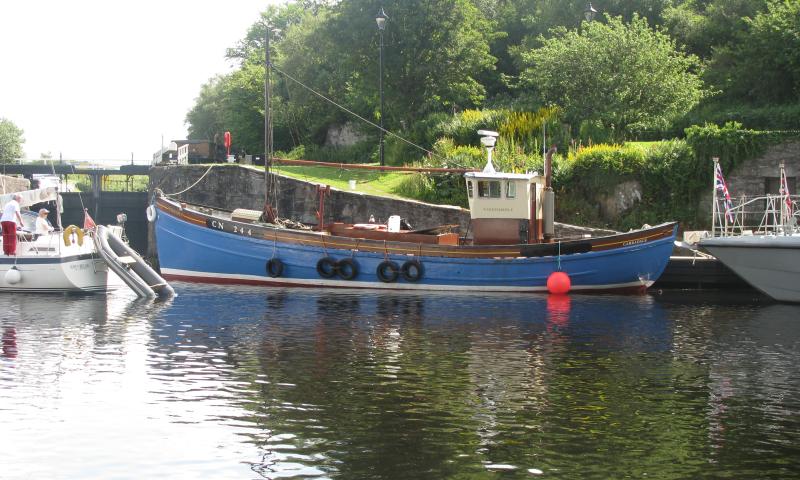 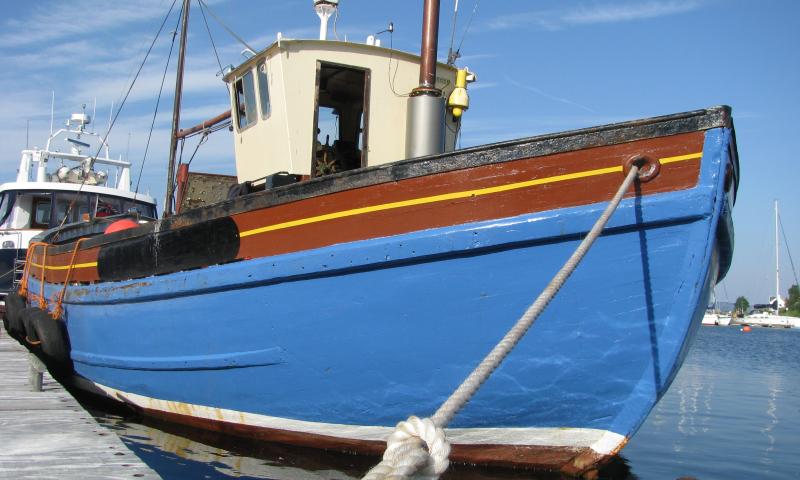 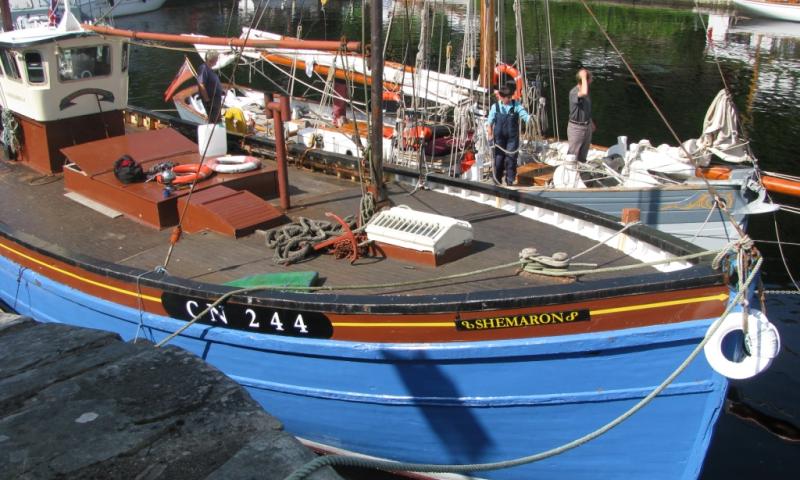 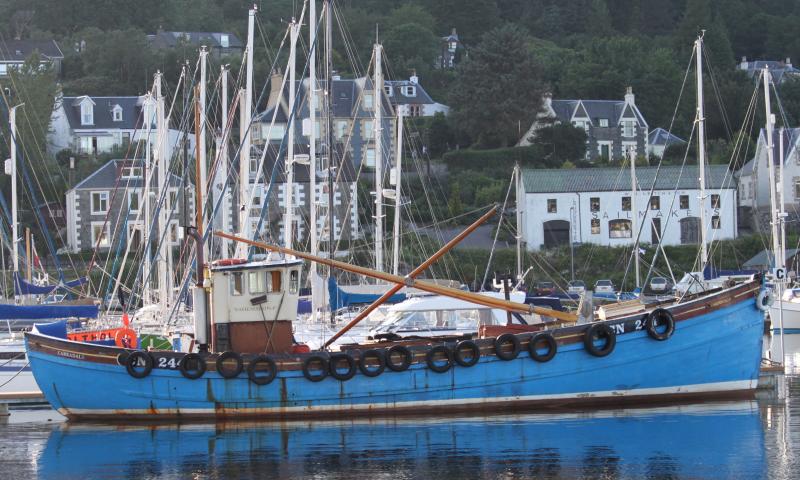 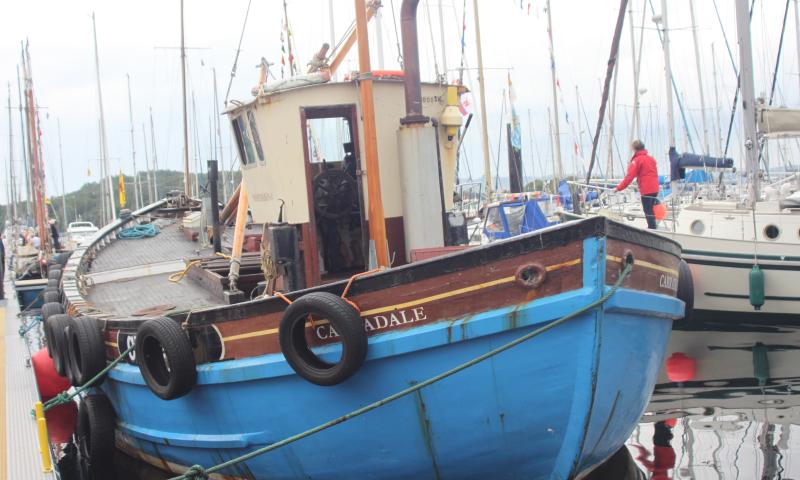 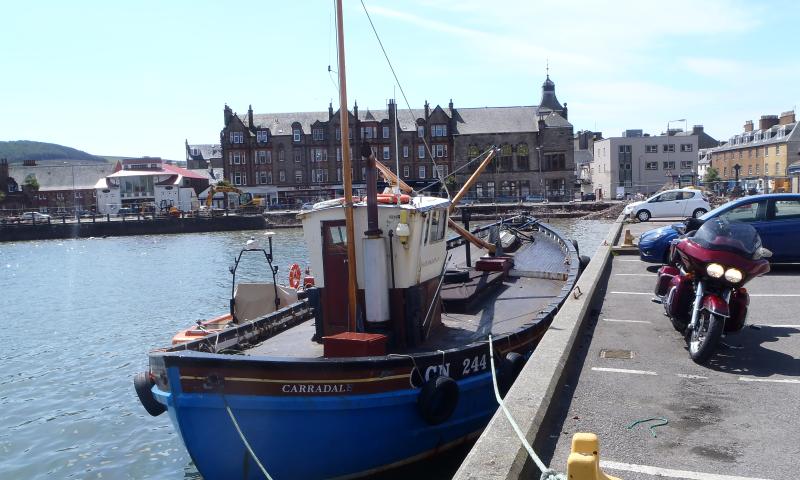 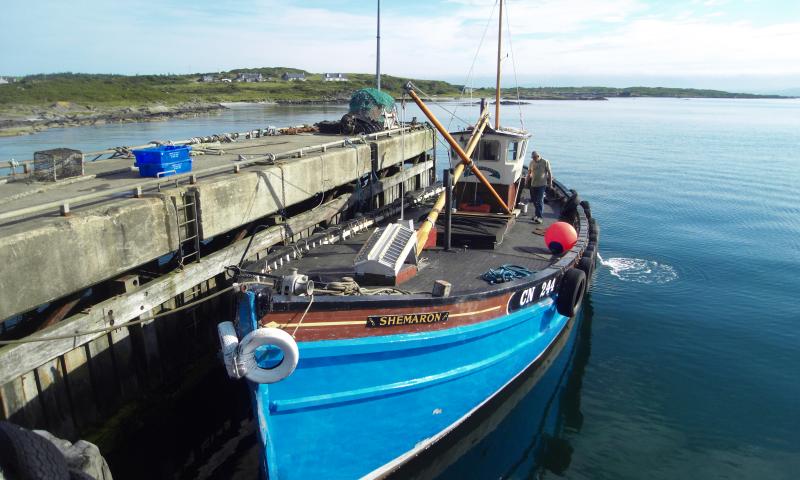 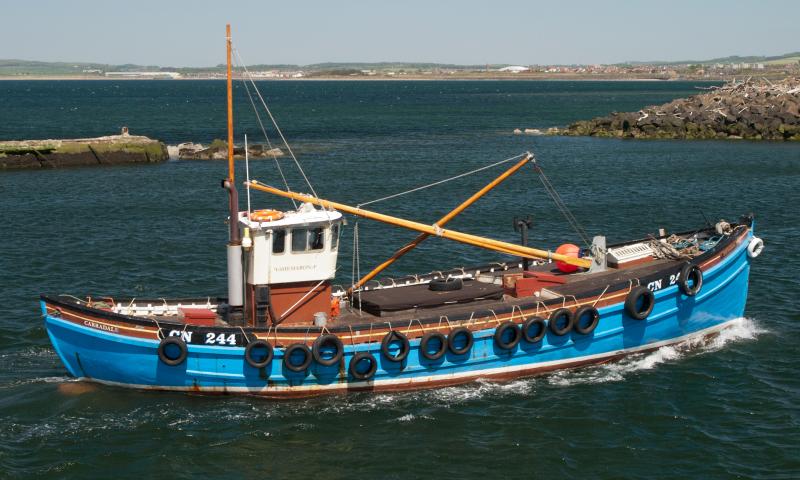 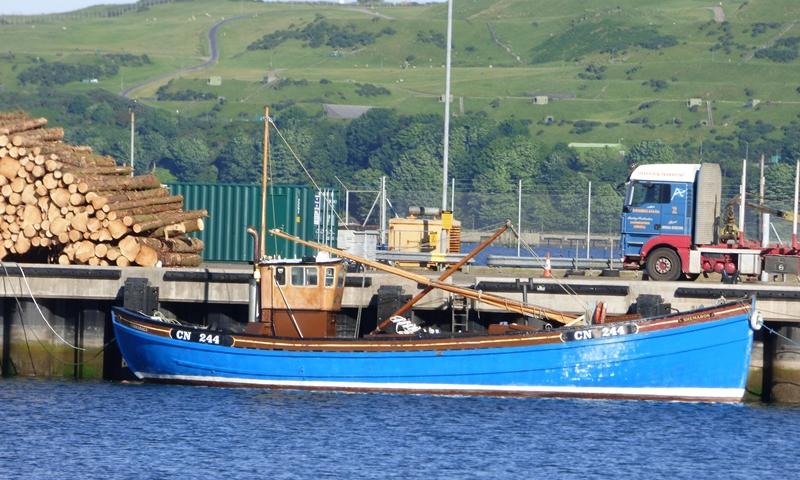 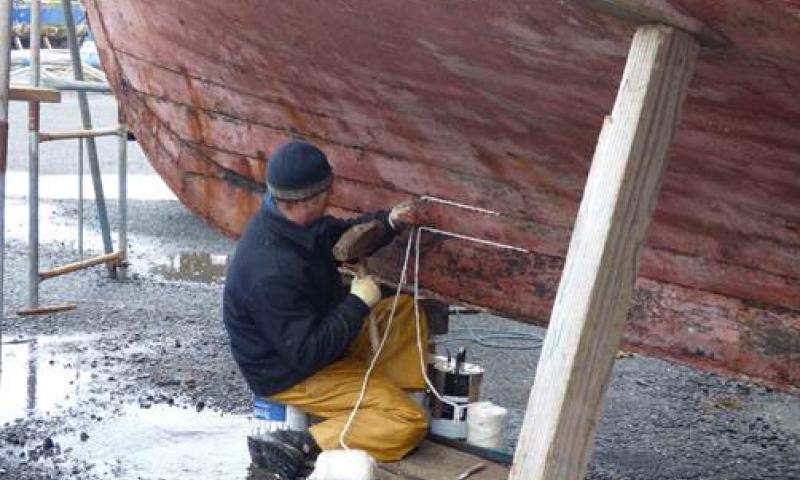 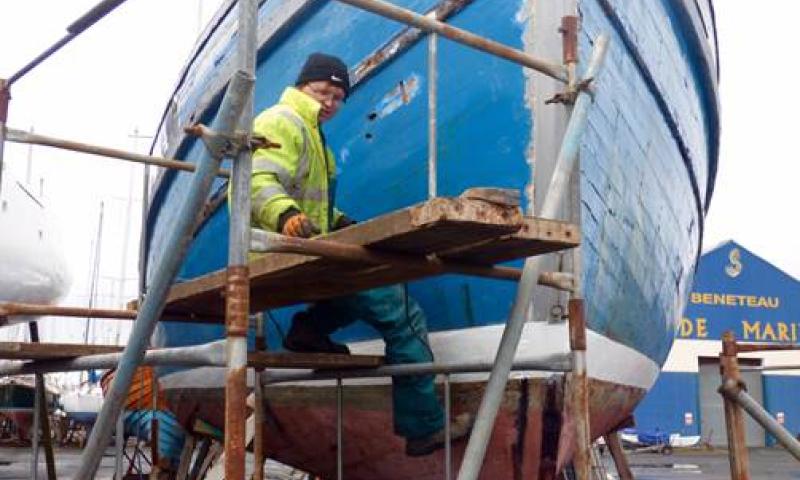 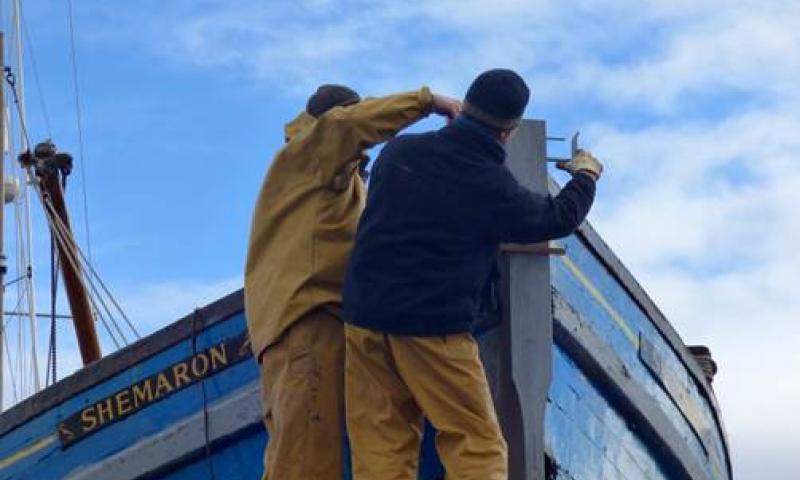 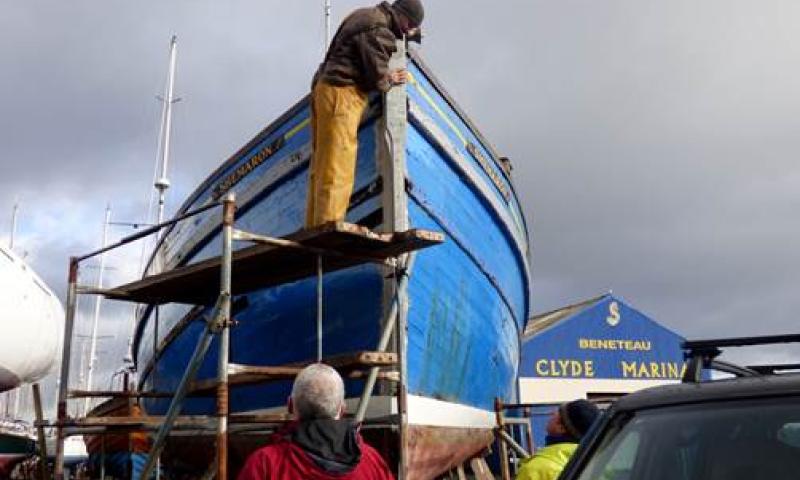 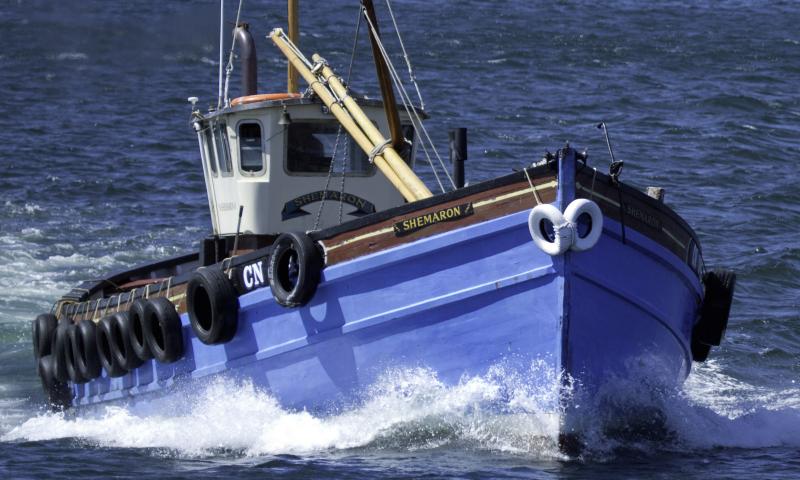 SHEMARON is a 1949 purpose built ring-net fishing boat. She was built at Weatherheads at Cockenzie for the Sloan brothers who fished off the Ayrshire and west coast of Scotland, through the Minch and also down the North East coast where she was known to call at Seahouses and Hartlepool, and Whitby.

In 1949 SHEMARON was known as Wistaria. She was sold in 1964 after a very successful careeer in herring fishing, partnering the Watchful. She was bought by the Galbraith family in Carradale and was fitted as a scallop dredger and used for a brief time trawling and prawn fishing. She was renamed SHEMARON at this point.

SHEMARON passed from father to son, Sandy Galbraith, and on his retirement found her way into the guardianship of her current owner. She now stays in Campbeltown and is being restored as close as possible to her original condition. The forecastle and fish hold are as built, no conversional internally will take place. Her masts have been restored using partly original components and she has been re-nailed - the deck is original and unpainted. Future plans including replacing the wheelhouse with an exact copy of the original and source a period Kelvin engine.

At the end of 2019 it was reported that the Ring Net Heritage Trust's project 'Bringing Shemaron Home to Cockenzie' has been awarded full funding from 'Salt of the Earth PSG Community Heritage Fund' and they have secured funding to the amount of £4508 for the project.