The Narrow Boat Trust owns and operates the 'Large Northwich' motor boat Nuneaton and the 'Large Woolwich' butty (unpowered boat) Brighton, built as part of the massive expansion programme of the Grand Union Canal Carrying Company in the mid-1930's.

Uniquely, the Trust gives the general public the opportunity to operate the boats laden in full working trim, crewed entirely by volunteer members as they travel the system or are displayed at Canal Festivals.  No matter if you are an experienced boat owner, regular hirer or complete novice you will find handling our boats is very different from steering a holiday narrow boat, given the length of the boats, their laden weight and the control of a boat without an engine, making it an interesting experience as well giving you an insight into a way of life and skills from an age gone by.

The Trust's main source of income is from the sale of solid fuels, transported across the UK from the Midlands to the South, along exactly the same routes used when the canal system was the backbone of the industrial revolution.

If you are interested in joining in, the Trust would be pleased to hear from you.

Built in 1936 by W.J Yarwood of Northwich as part of a massive expansion programme of the Grand Union Canal Carrying Company, Nuneaton was fully employed carrying many different loads, mainly between London Ports and the Midlands with backloads of coal from the Coventry coalfields.

Nuneaton moved to the British Transport Commission (Docks & Inland Waterways Executive) in 1948 when the waterways were nationalised, then to British Waterways in 1963, continuing to carry goods much as it had done originally with G.U.C.C.Co. Ltd.

Shortly after the formation of British Waterways Board, the nationalised carrying fleet was disbanded. Many boats' carrying careers ended, but Nuneaton was hired along with about 60 other narrowboats to the newly formed Willow Wren Canal Transport Services Ltd. and stayed in service until 1970 when she was returned to British Waterways and stored, along with several other boats on the Wendover Arm of the Grand Union Canal. Eighteen months later Nuneaton was sold to the Narrow Boat Trust, and restoration of the boat was put in hand, using mostly volunteer labour. Fifty years on, Nuneaton is still working, and maintenance, as with all other working boats, is ongoing.

In early 2020 a survey revealed that Nuneaton’s hull was seriously worn down, to the point where it was unsafe to continue using her for carrying. Significant repair work was commenced but then suspended due to the COVID 19 pandemic. It is not yet clear when she will be back in service, but the Trust are hopeful that it will be in time to attend several events in the summer to celebrate, belatedly, their 50th anniversary and complete the solid fuel run to the rivers Thames, Wey and Kennet in the autumn of 2021. 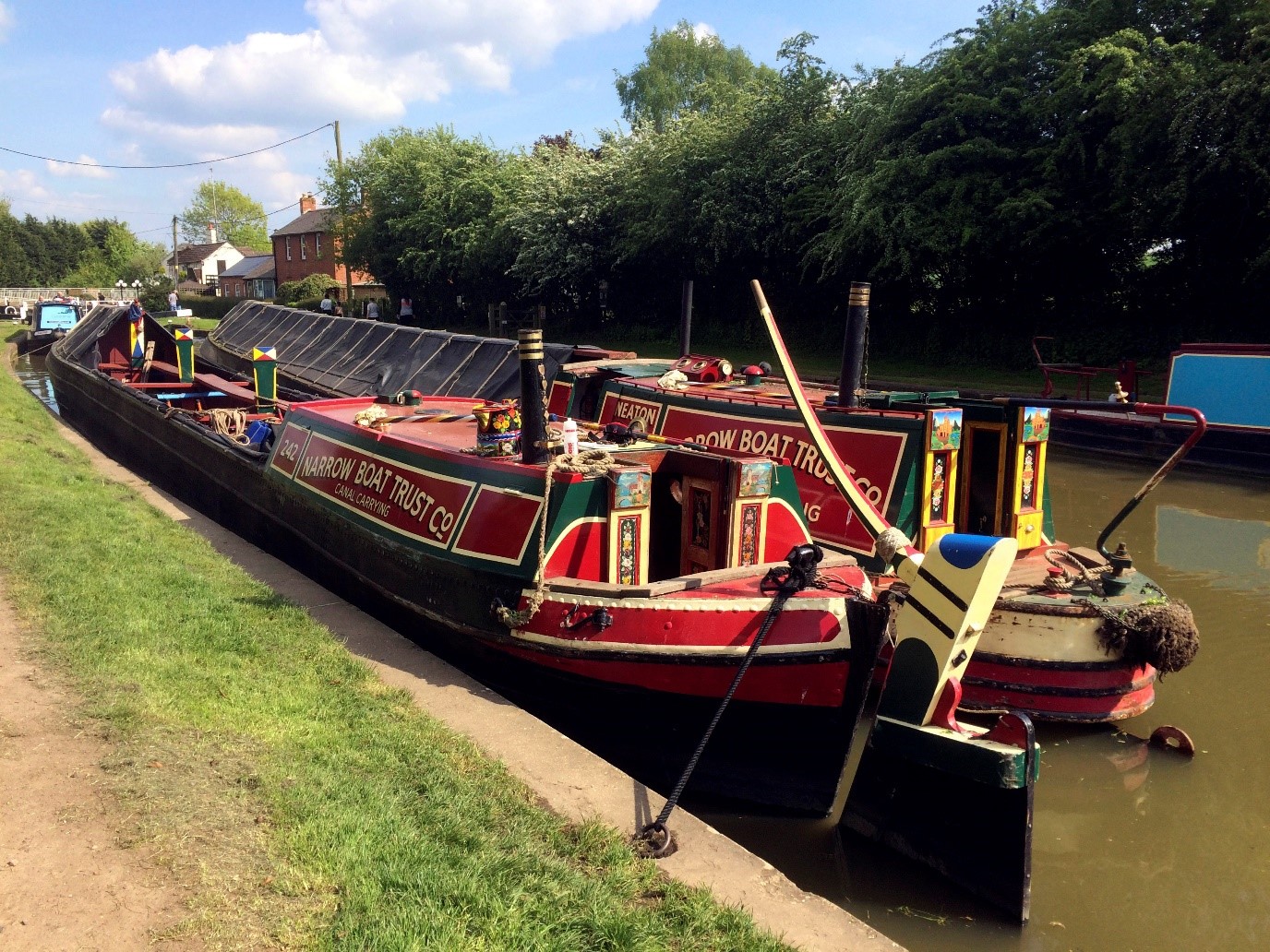 After delivery in 1936 to the Grand Union Canal Carrying Company, Brighton was transferred on nationalisation to the British Transport Commission (D. & I.W.E.) fleet, and then into the ownership of the British Waterways Board in 1963.

Willow Wren C.T.S. Ltd. hired Brighton from B.W.B. until 1967, when along with 35 other boats she was repossessed and shortly after disposed of. Brighton's new owners, Union Canal Carriers Ltd. of Braunston, operated a number of carrying narrowboats as camping boats where youth parties would holiday in the hold of the boats underneath the cloths. Brighton, usually paired with the motor Bexhill, introduced thousands of youngsters to canals over the next few years.

​1983 saw the next ownership change, when both Bexhill and Brighton were sold to the actor James Warrior.  Both boats continued to be operated as camping boats at Rickmansworth, though with limited success, as later the same year both were sold to Threefellows Carrying and based on the River Soar at Thurmaston. Both boats were put back to work carrying deep loads of gravel along a short stretch of the river. Brighton developed a reputation at this time for sinking rather than loading. Threefellows carried out the first steps in her conservation (but only what was essential), and continued to work the boat hard, until selling her in 1990 to a private owner who continued the slow restoration process with structural work being done to the hull as well as replacing the wooden cabin with a slightly extended steel one. Brighton still did a small amount of carrying, though more recreationally than commercially.

The Narrow Boat Trust Ltd acquired Brighton in 1995, immediately replacing many of the knees (to hold the sides and bottom of the boat together).

Brighton's carrying future has been secured, but there is always some repair or maintenance work to be done.

FInd out more about our other Shipshape Network Heart of England Projects here.