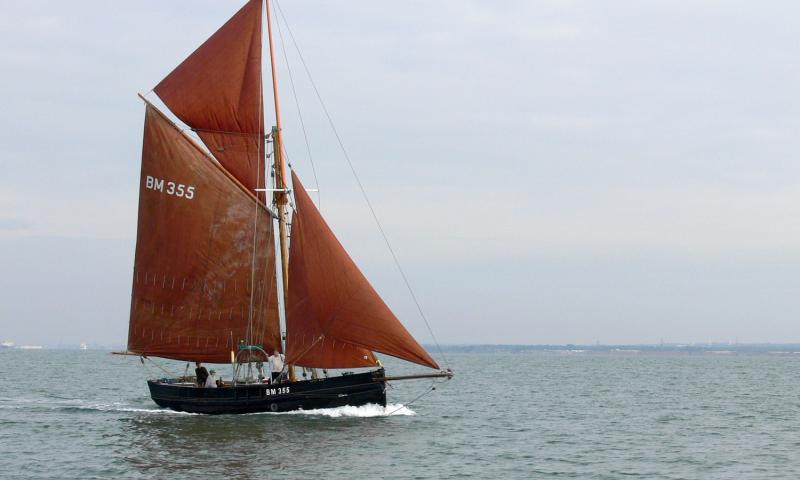 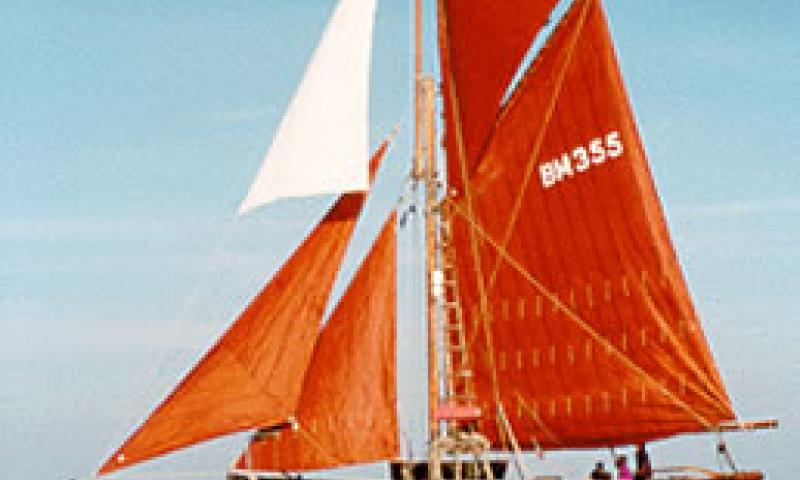 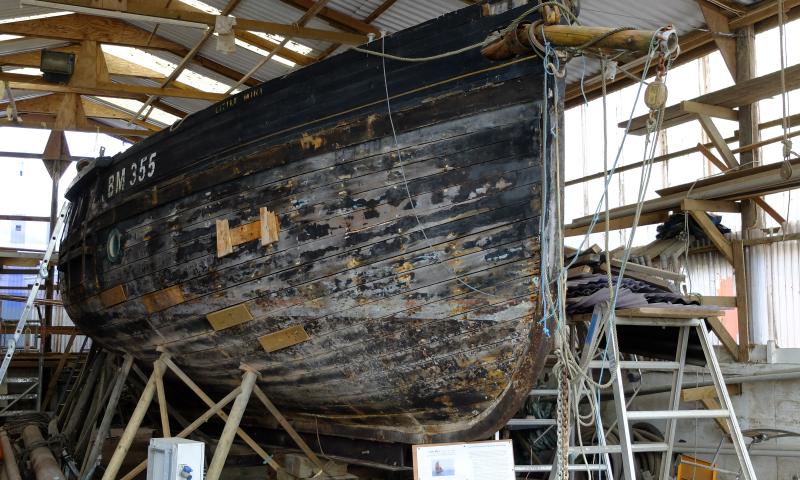 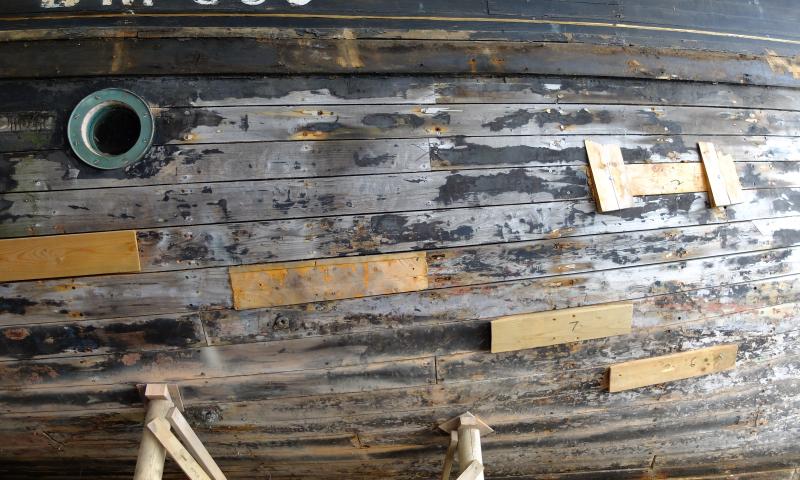 LITTLE MINT is probably the last surviving purpose-built cutter-rigged Brixham trawler. She was built in 1913 by Richard Pearce, of East Looe, for William and Thomas Stockman, of Brixham. Thomas Stockman had owned a larger trawler named Mint, which was lost in 1909, so it seems that LITTLE MINT was her replacement. She was a mumble-bee with main, staysail, jib and topsail, and the registration number BM 355. In September 1919 she was sold to Leonard Lake, who sold her on to Harry Kennar in November 1920. The Kennar family kept her for eighteen years, fitting an engine and augmenting the fishing income with visitor trips around Torbay. In June 1938 LITTLE MINT was sold to Frank Coleman, of Brixham, but sank on her moorings when struck by a Belgian trawler in the following year. She was raised and repaired at Upham’s Brixham yard. In September 1940 ownership passed to William Coleman, of Brixham.

During the Second World War it is believed LITTLE MINT may have led  (unconfirmed) a fleet of 18 vessels from Brixham to aid the evacuation of Dunkirk for Operation Dynamo - her involvement required extra fuel, which she carried aboard from Brixham to Folkestone.  However, one of the flotilla lost contact crossing Lime Bay and she returned to locate them, which delayed the arrival at Folkestone, and by when it was too late to partake.

LITTLE MINT continued to work through the war as fishing vessel off Start Point.  It is said that she came across a U-boat on the surface and tried to ram it but the submarine dived to escape.

In 1949 she was sold to Edward Pick and moved to Newhaven where she continued fishing until 1953, when she was sold to Michael Hatton James. He cruised LITTLE MINT extensively between 1955 and 1960. She was then sold and passed through a number of owners.  By 1993 she was at Pin Mill in a very poor state and, having been purchased by a private owner, underwent a re-build between 1993 and 1995 by Paul Aitkin in his floating Thames lighter dry dock at Pin Mill.

Since then she has undergone extensive restoration, and in January 2011 was having her hull strengthened in preparation for Atlantic sailing to celebrate her centenary.

LITTLE MINT will be re-commissioned in 2020.