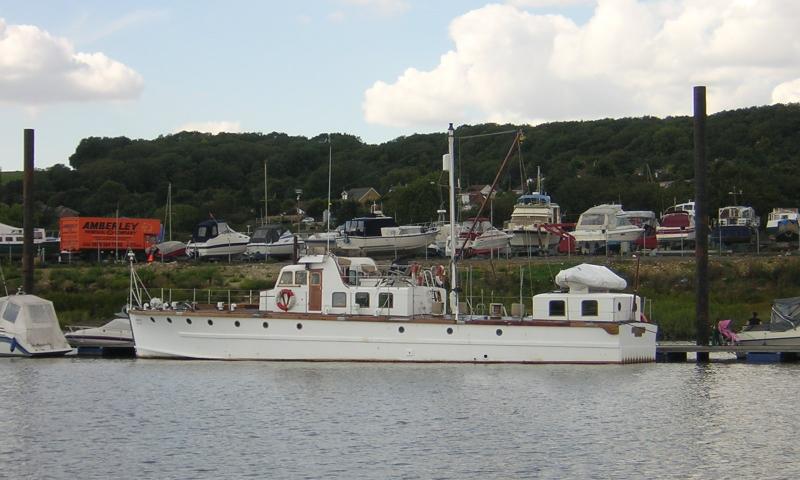 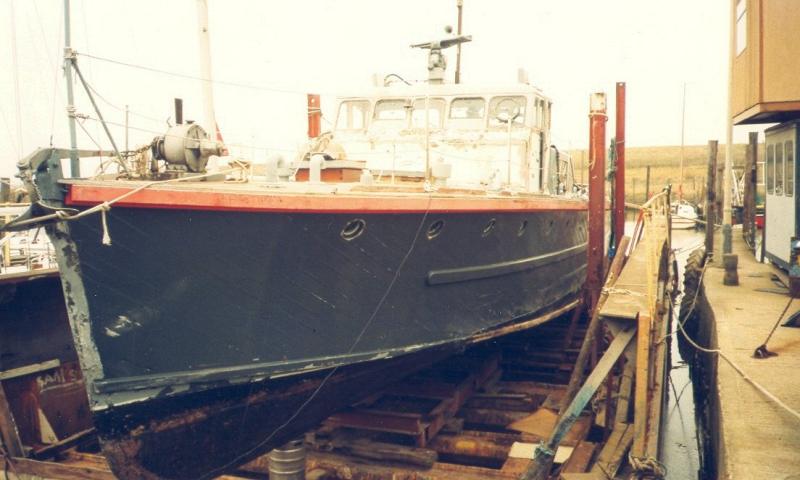 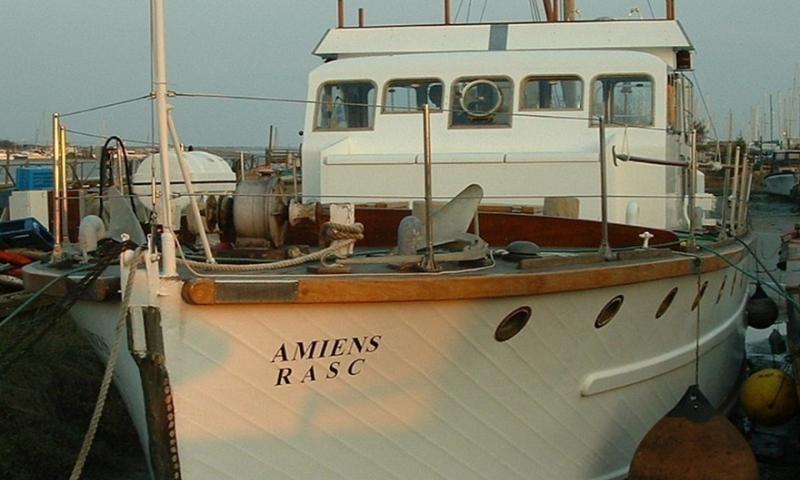 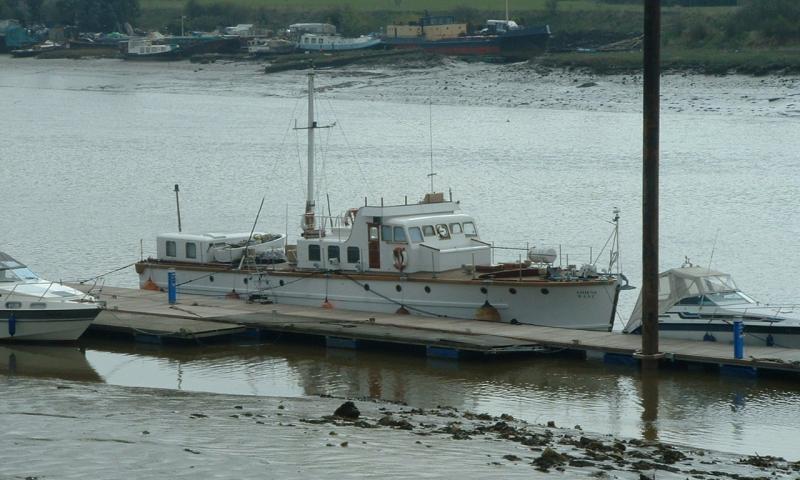 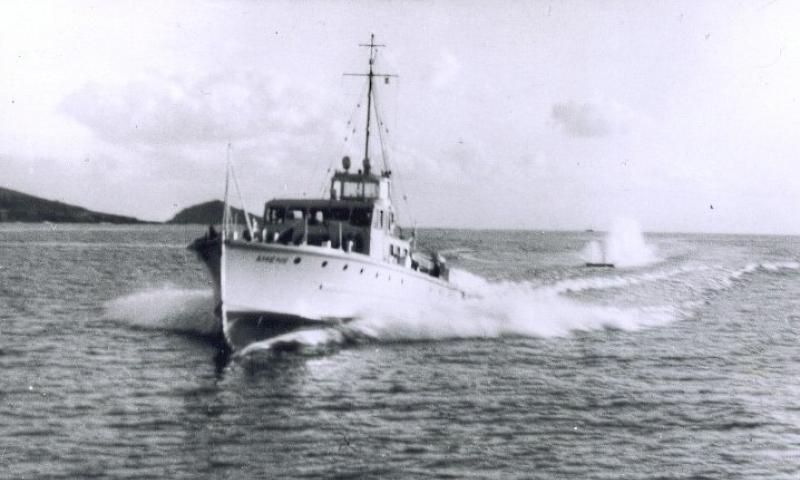 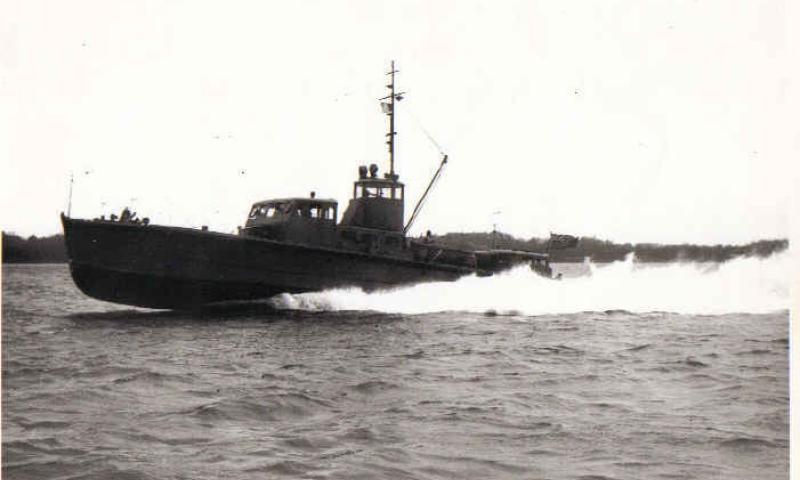 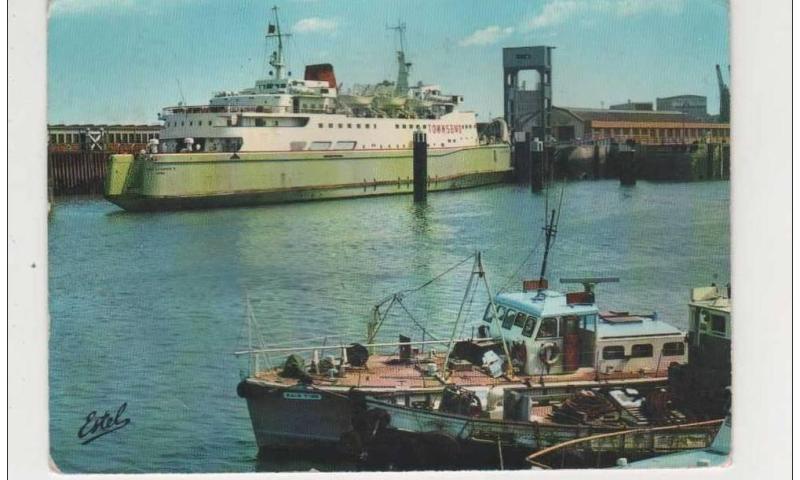 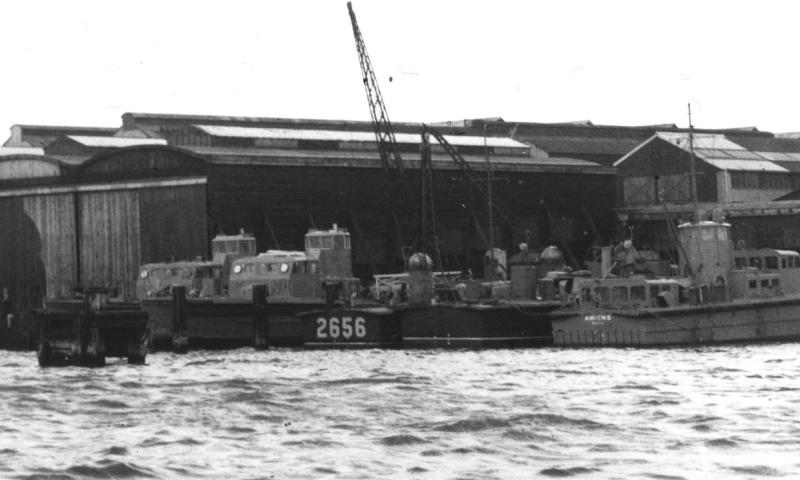 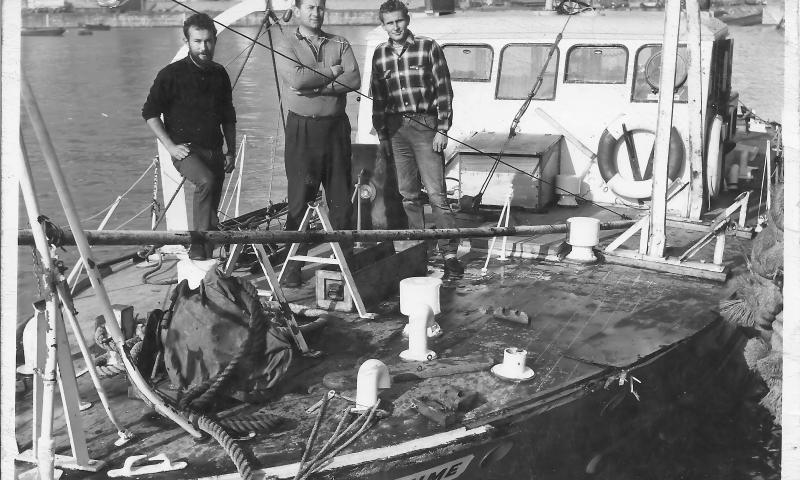 AMIENS RASC is a Battlefield class target towing launch. She was originally destined to be built at Hampton as yard number 2660, but was in fact built by J. I. Thornycroft at Woolston in March 1944 as yard number 4062. She was initially named AMIENS, but this was changed to FAIRTIME in 1965 and retained until 1998.

Her hull is double diagonal built, with mahogany planking on Canadian rock elm ribs and stringers. She has a teak deck with a transom stern and a pointed bow with a raked straight stem. Her current engines are twin Rolls Royce C65FLM, with six cylinders and 230 brake horsepower.

She was first used as a target towing craft for the Royal Army Service Corps. In later years, she is believed to have been a survey or recovery vessel for some time.  She is also believed to have been used during the surveying of The Channel Tunnel and was filmed by Ray Warner for the Ministry of Transport: https://youtu.be/_X3g1mGG0PQ

Her transom has been rebuilt. The stringers and planks have been replaced and she has been epoxy sheathed. 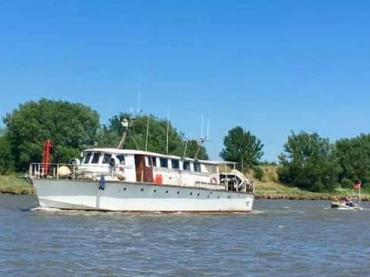