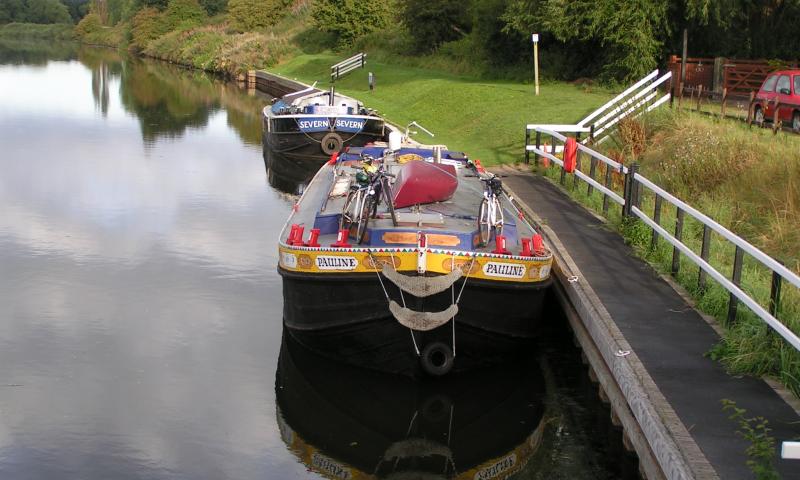 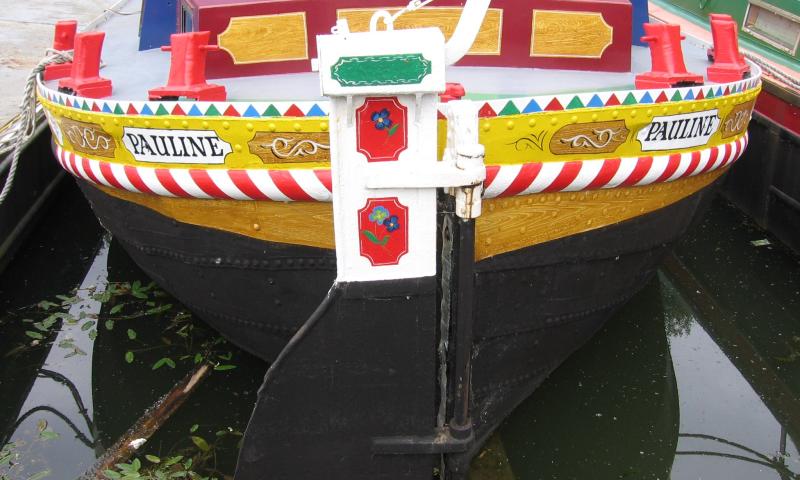 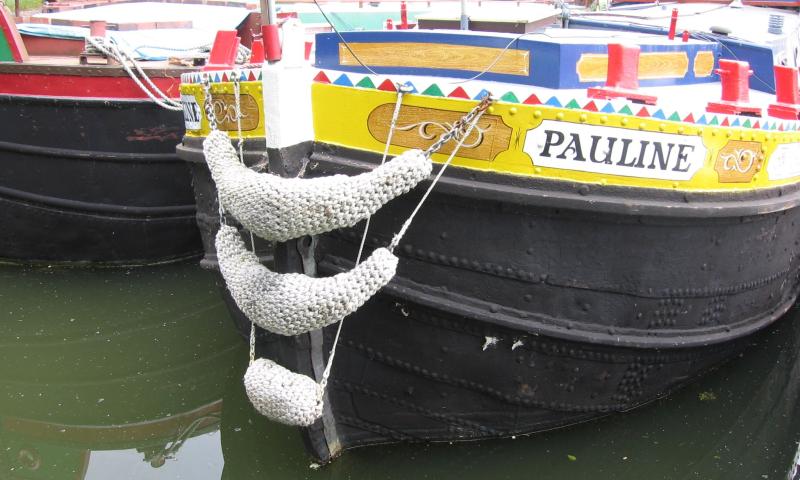 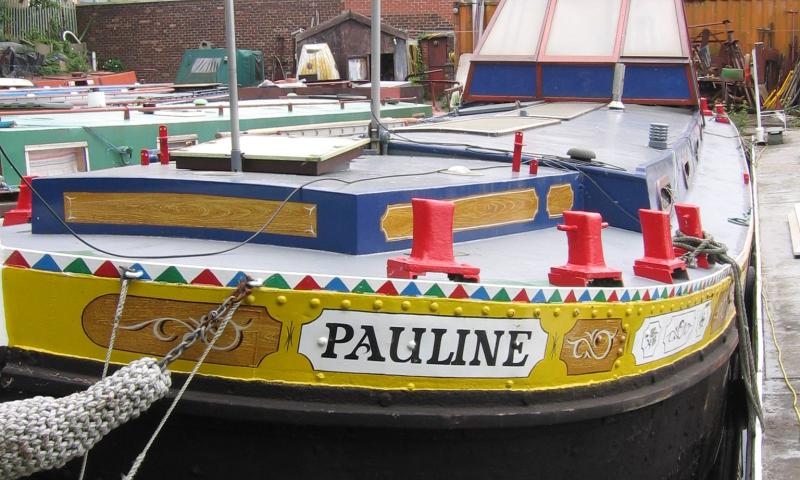 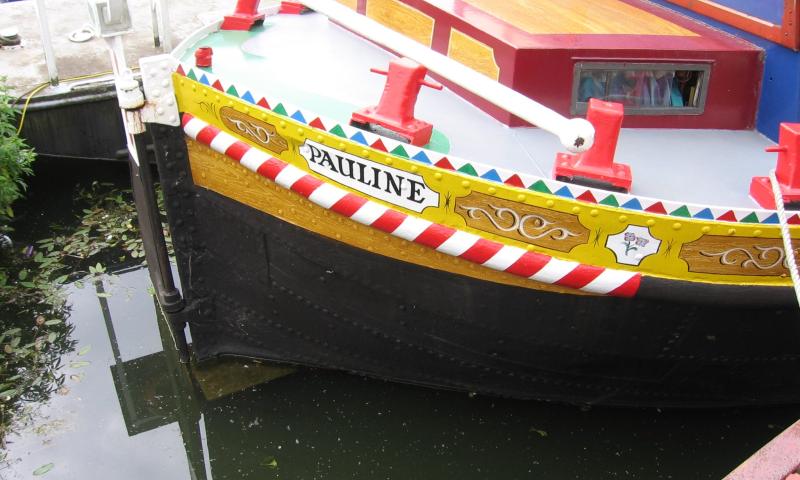 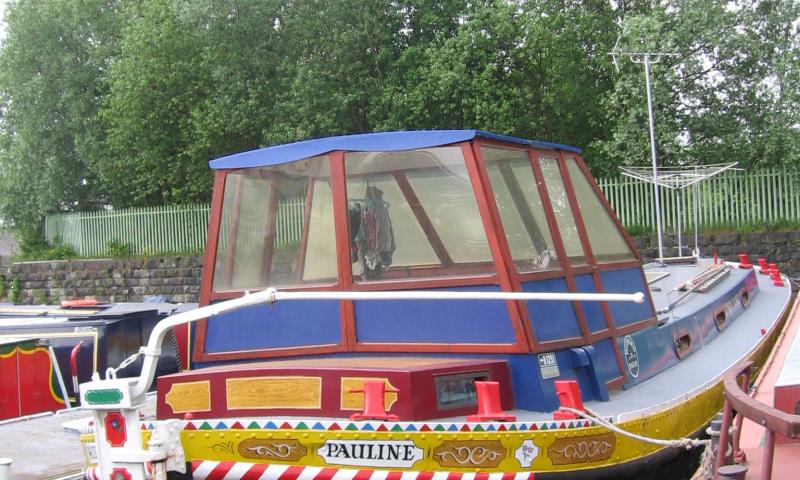 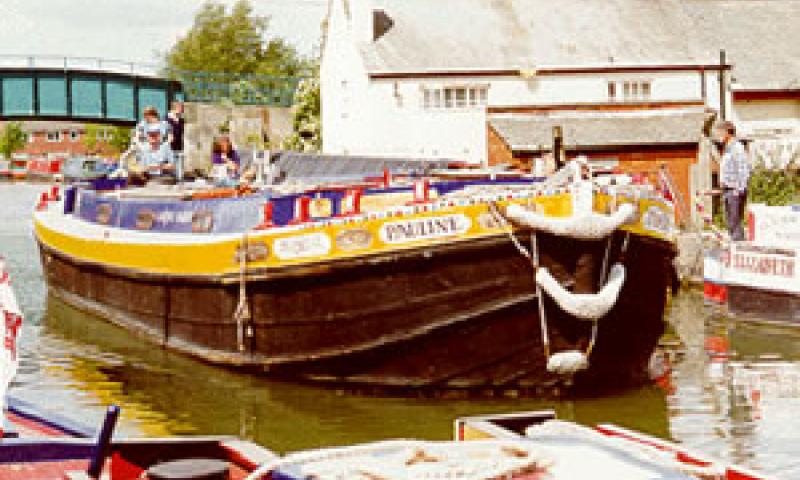 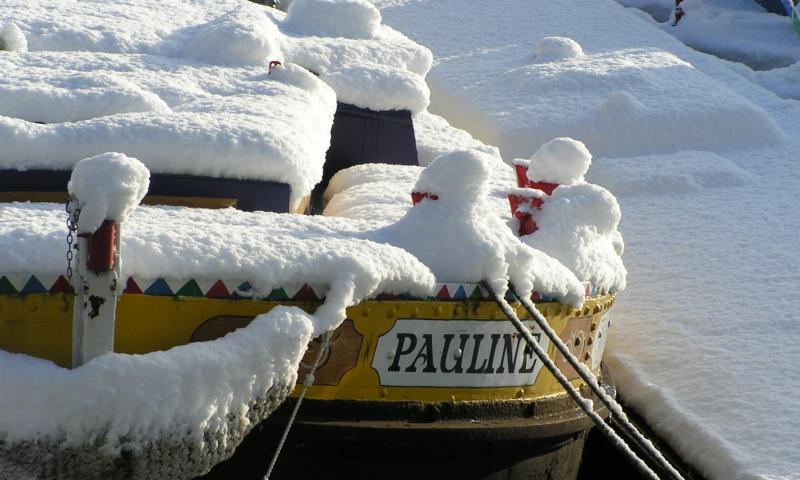 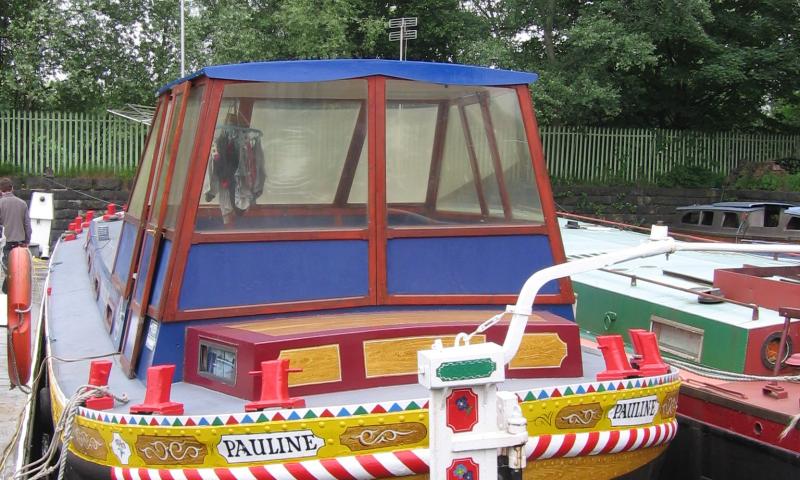 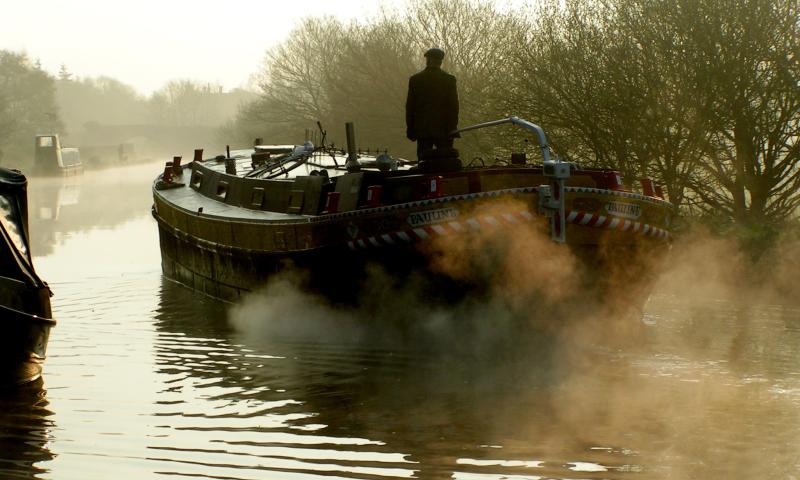 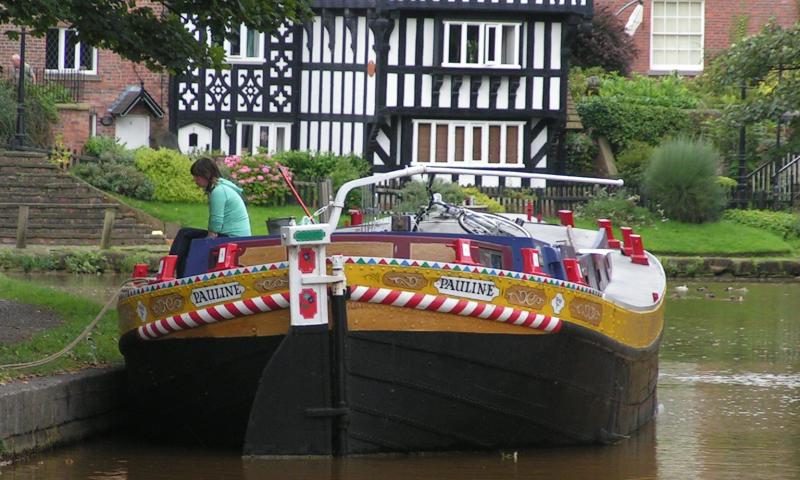 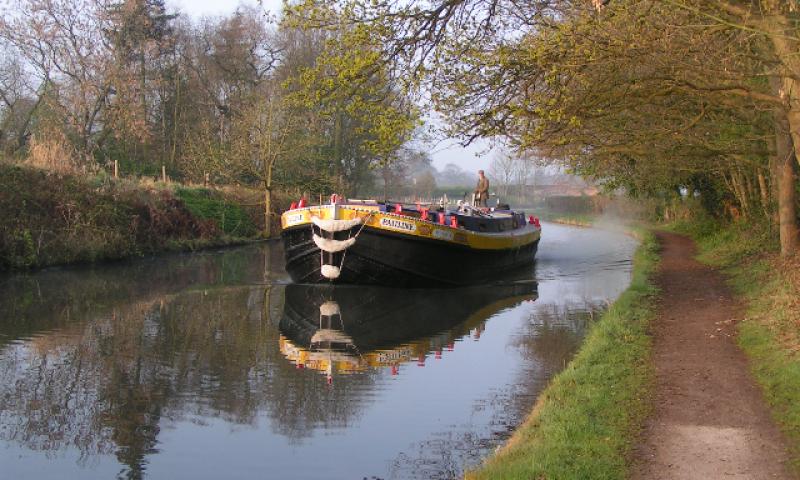 PAULINE, a west country keel, formerly Aire and Calder Navigation Flyboat no 27. Built at Goole in 1869. LOA 57ft 6in, MB 14ft 3in, DR 3ft, 38 gt. Her hull is iron, apart from the original wooden deck which has been replaced with welded steel. The hull is constructed clinker fashion using iron planks and rivetted. Bow and stern are bluff and the stem is plumb curved. Currently has a Parsons Pike engine 4cy, 38hp, made in 1953.

The vessel is shown as having ben sold to J Wilby Ltd for £275 on 14 November 1947 by the Aire and Calder Navigation Co. and was motorised around 1950, being towed or sailed before this.

In about 1958 a Polish ship painter working in Manchester docks brought her over from Yorkshire to use as a paint store and platform to paint ships from. Present owners purchased her in 1975 intending to restore to commercial cargo carrying. However she was used as a workshop/store until 1987 when the owner decided to convert to a houseboat.

In May 1995 the vessel was motored across the North Sea to Holland spending 19 months boating around Holland, Belgium and France before returning to England. Since 1975 approximately one third of the bottom has been replaced by the crop and let in method using welded steel plate. All the timber decking and iron support frames have been removed and replaced with welded steel. The wooded hatch covers have been replaced by a welded steel cabin top. The mast support had to be removed to faciliate this work.

This vessel is currently up for sale. 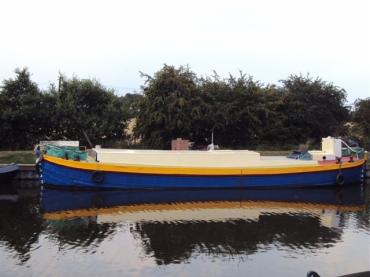