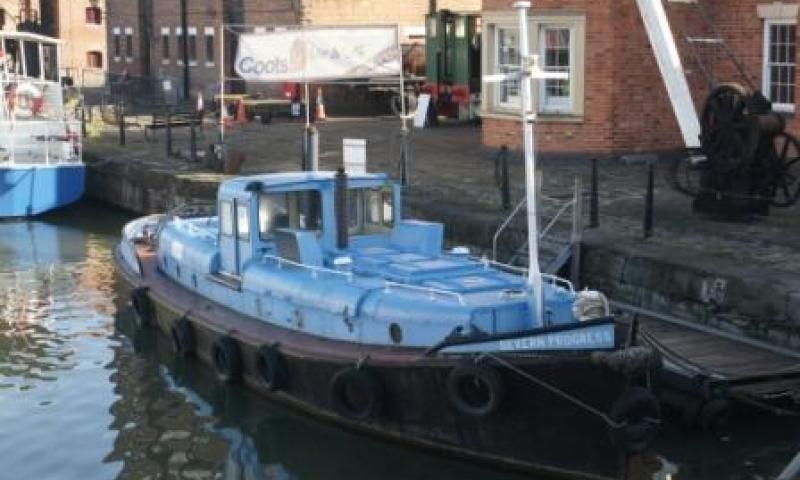 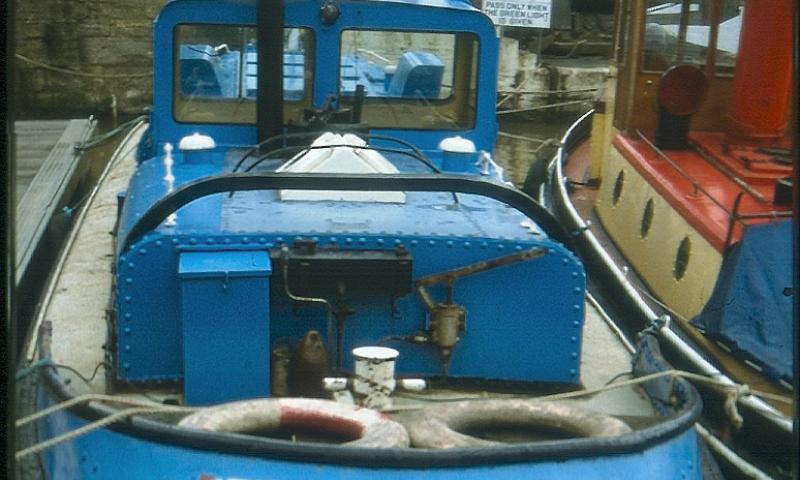 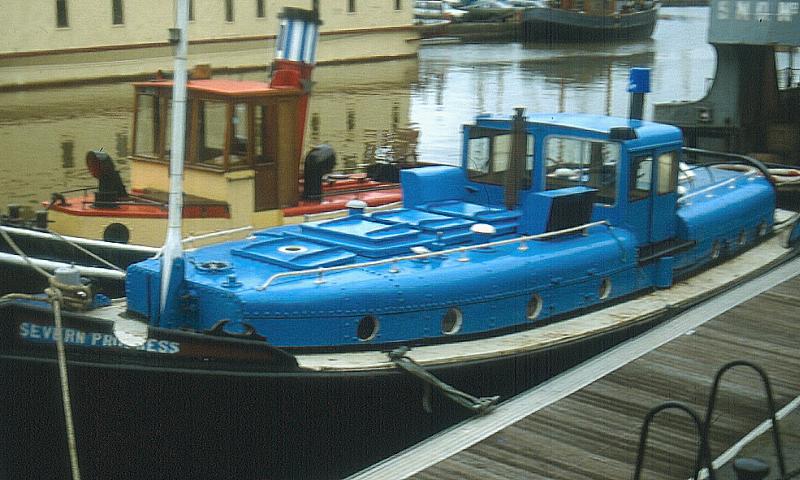 SEVERN PROGRESS was built for the Severn & Canal Carrying Company (based at Gloucester) towing fleet in 1931 by Charles Hill & Sons Ltd, Bristol. Originally just called PROGRESS, the SEVERN prefix was added to the fleet names in 1933. She was completed with a 100-bhp Kromhout semi-disesel engine, which was later replaced by a Lister diesel. Steering was from an open well and later a wheelhouse was added. She was designed to tow six narrowboats or two barges on the Severn between Gloucester and Worcester, sometimes extending to Stourport, and alternating these tows with SEVEN ENTERPRISE. SEVERN PROGRESS was based at the Ship Inn and tows were normally picked up after they had passed through the Gloucester lock. Narrow boats bound for the Midlands would be left at Worcester to pass into the canal. After nationalisation of the canals in 1948, the tug became part of the British Waterways fleet and continued towing on the Severn until commercial traffic died out in the late 1960s. She moved to the Kennet & Avon Canal to assist with maintenance work between Hanham Lock and Bath. In 1991, she was acquired by the British Waterways Museum. Source: Paul Brown, Historic Ships The Survivors (Amberley, 2010), updated Feb 2011.