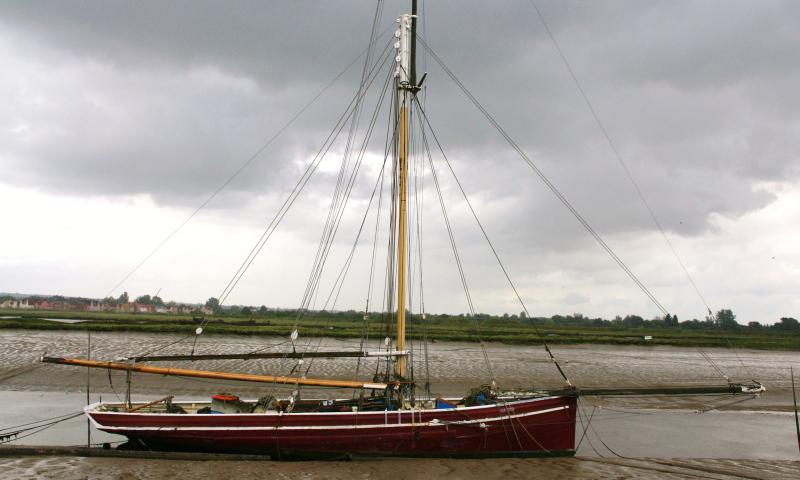 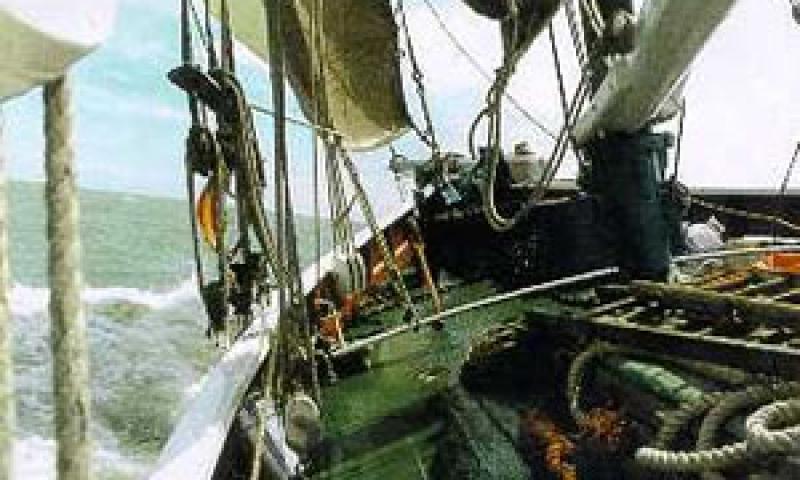 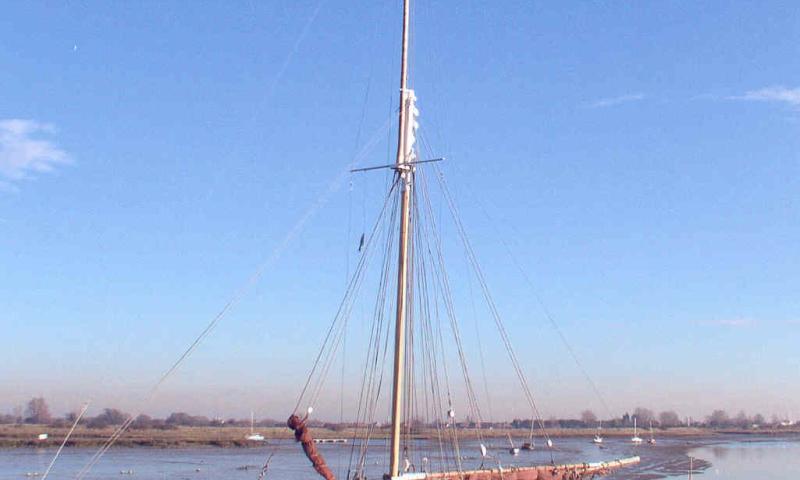 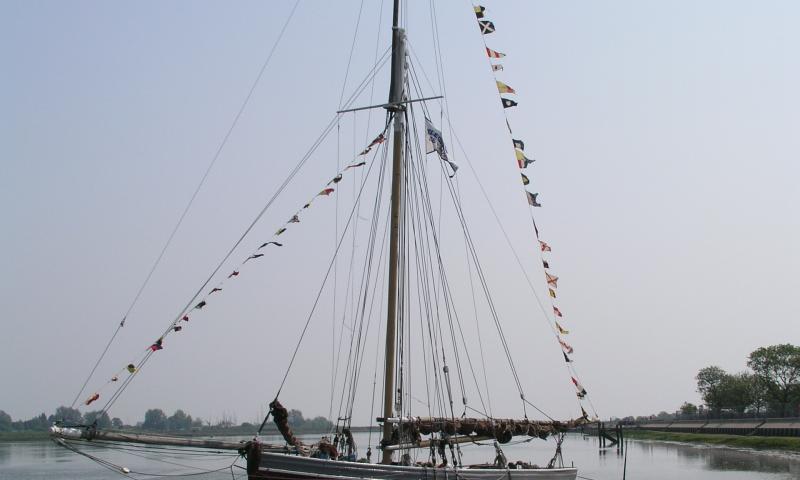 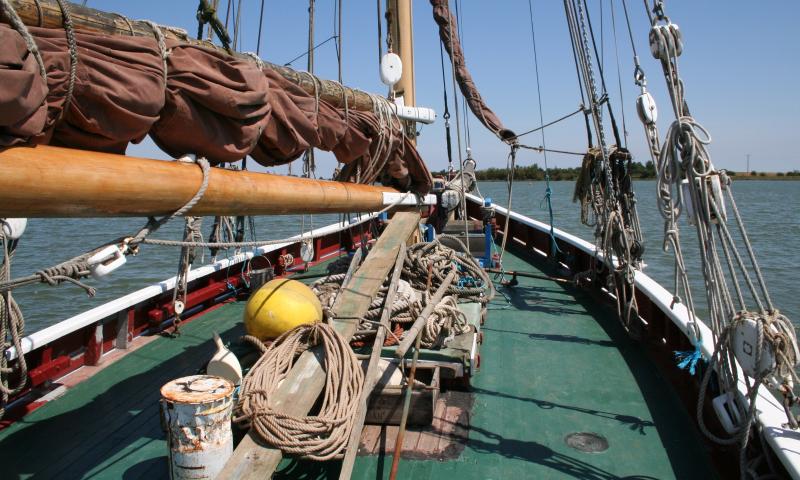 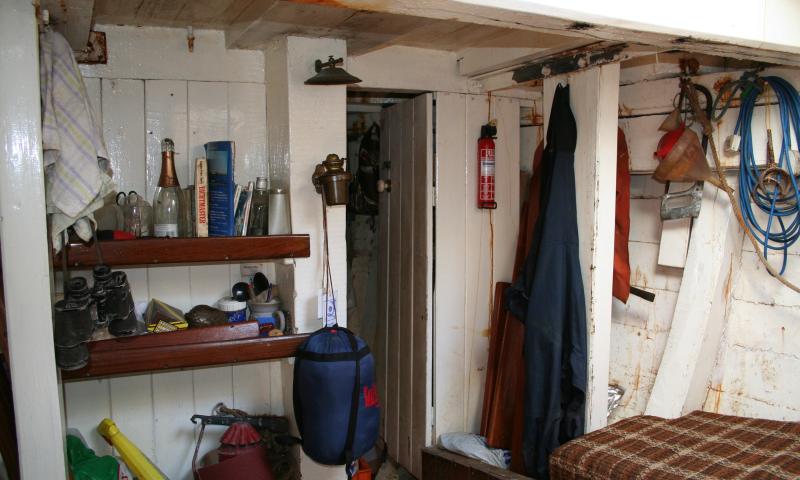 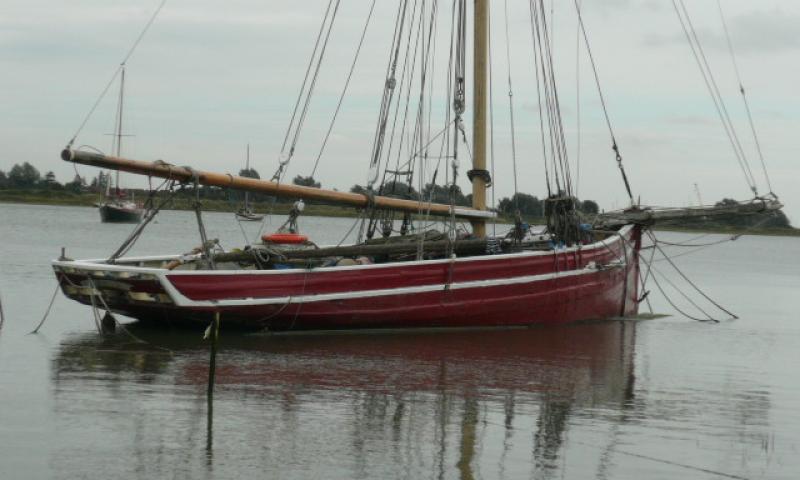 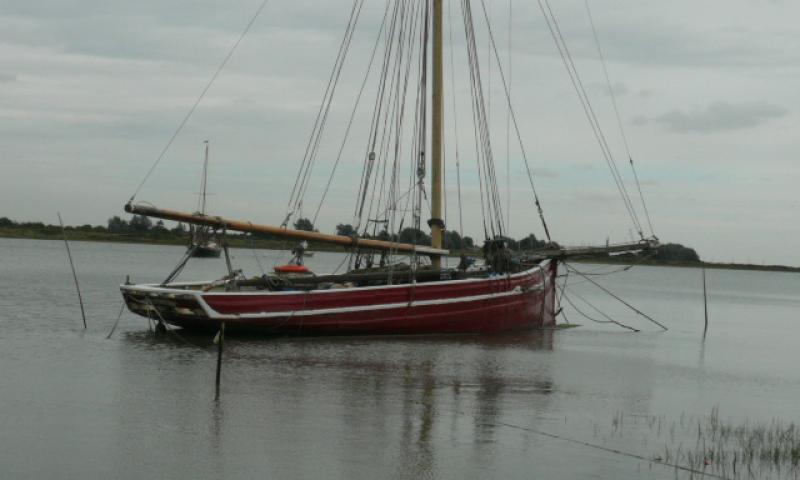 On the morning of 9 September 1905 the whelker Jane and Eliza, owned by William Stringer, a fish merchant of Boston, Lincolnshire, was run down and sunk by a steam trawler whilst anchored in Boston Deeps, fortunately with no loss of life. Stringer received £120 from the insurance company and commissioned Alexander Gostelow of Skirbeck Quarter, Boston, to build a new smack for him. On 9 May 1906 the smack was launched by Alice Stringer, the owner’s wife, and named TELEGRAPH after an earlier smack that the Stringers had owned. The new vessel was registered on 23 May for prawning and whelking.

TELEGRAPH (BN 122) was reputed to be one of the three fastest smacks to sail out of Boston and was a noted local regatta winner for several years. In 1908 she won the Skegness regatta, but her return to Boston was delayed by a week as her crew went on a drinking spree with the prize money. By 1909 the smack was engaged in spratting (with her crew increased from three to four) and this continued until at least 1917 before she reverted back to prawning. In 1917 William Stringer died from injuries sustained when he was thrown off the deck of his new steam trawler DRUMMER BOY during the ship’s launching at Gostelow’s yard: ownership of TELEGRAPH passed to his widow. On 12 April 1923 the smack was in difficulties off the north Norfolk coast and the Blakeney lifeboat stood by, and presumably escorted her into Blakeney Harbour.

In 1924 TELEGRAPH had a 14 hp Kelvin petrol/paraffin engine installed. Her topmast was landed and the copper boiler was moved from the aft end to the forward end of the fish hold. On 13 December 1944 ownership passed to the Stringers’ son, William Frederick (Eric), but the smack was in need of a refit and was laid up at Boston on 2 July 1945. In the following year she was taken to Worfolk’s yard at King’s Lynn for a major rebuild which cost £4,600. The work included re-decking in Oregon pine on new oak deck beams, new oak covering boards and stanchions, and new top sections on most of the frames. The pitch pine hull planking was doubled with elm, and a Kelvin 44 hp diesel was installed to make her a full motor vessel, although some vestige of auxiliary sail was apparently retained until the late 1950s.

By a strange quirk of fate TELEGRAPH collided with the Stringers’ old trawler DRUMMER BOY in 1969 and sank her, almost as if she was avenging the death of William all those years earlier. By then DRUMMER BOY was owned by Ray Maltby and Raymond Sargent and, because TELEGRAPH was found to be entirely at fault and Eric Stringer was under insured, the latter vessel was given to Maltby and Sargent on 7 February 1969 as a replacement. TELEGRAPH was sold on twice in that same year, and continued shrimping but after two further changes of ownership was laid up in late 1975 and sold.

For four years TELEGRAPH languished and an attempt at restoration by her new owner failed. In 1979, lying at Woodbridge in derelict condition, she was bought by Tollesbury shipwright Colin Swindale who repaired her hull before she was towed to Tollesbury. Here rebuilding commenced and was completed four years later at Maldon. The extensive work included a new stem, stern, rudder, decking, two new deck beams, 16 bulwark stanchions, bitts and a totally refurbished windlass rebuilt from one ‘found in a ditch’. New sails were made based on those in a photograph of JANE AND ELIZA, and she was rigged as a gaff cutter with topsail;no engine has been fitted. She first sailed on post-rebuild trials in September 1983. Swindale reluctantly sold her in 1986 but she was not maintained and he re-purchased the smack in poor condition in 1995 and refitted her.

In 2000 TELEGRAPH was struck by lightning off Bradwell when outward bound for France, and had to return to Maldon for repairs. In 2001 she won her class, and also the seamanship trophy, in the Tollesbury smack race. In 2003 she received a new main mast and topmast, with all new standing and running rigging. In 2006 TELEGRAPH celebrated her centenary. 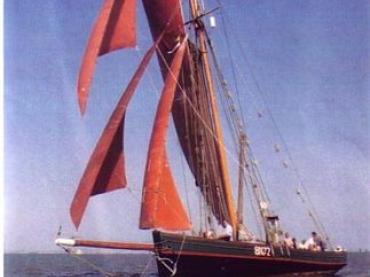