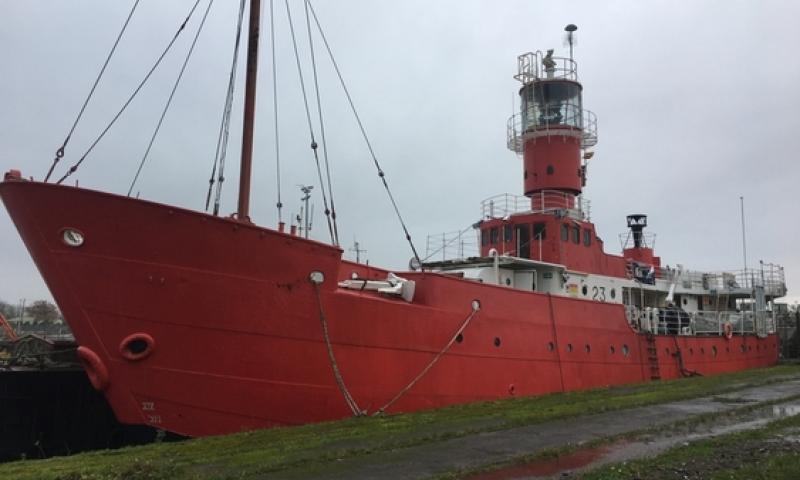 LV23 was built in 1860 for the Mersey Harbour Board by Philip & Son, Dartmouth.  She was commissioned by Mersey Docks and Harbour Board in September 1958 and was named “PLANET.”. She was launched on 24th May 1960 and delivered on 9th September 1960. From 1960 to 1972 the vessel was used on Bar Station, Liverpool Bay. She was withdrawn from the Bar Station on 4th September 1972 and then sold to Trinity House, London. Renamed “LV 23”, the vessel was positioned first at Kentish Knock Station, then Varne Station and subsequently Channel Station before being withdrawn from service and sold into private ownership in July 1991. She was the last manned lightship on the Channel station and was demanned on 10 June 1989.  The vessel returned to Liverpool in 1992 and was berthed at a number of different locations before arriving at Canning Dock 2006. Since that time she was used as a café, bar and museum’.