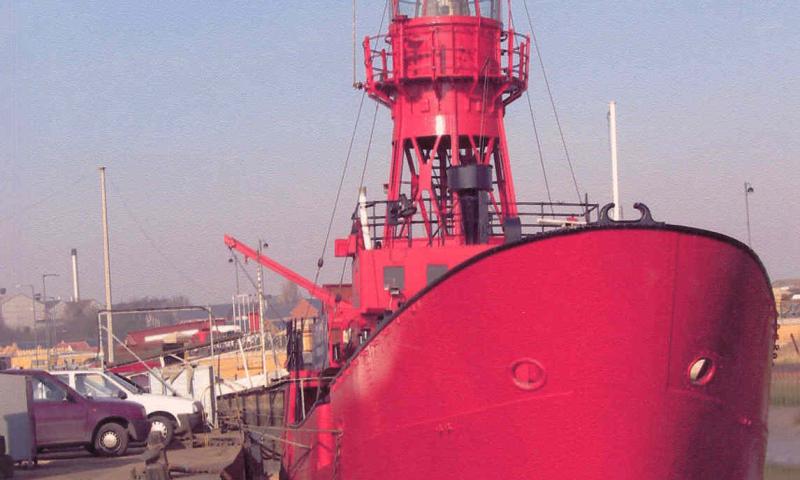 Trinity House Lightvessel Number 16, T.S. COLNE LIGHT, is a steel lightship built by Philip & Son Ltd., of Dartmouth in 1954. She was commissioned by Trinity House in January 1953 and was launched in July 1954. On 6 December 1960, she was damaged whilst at South Goodwin Station. However, she remained in service until being decommissioned in 1988. She was sold for use as a sea cadet training ship headquarters and is now based in Colchester.