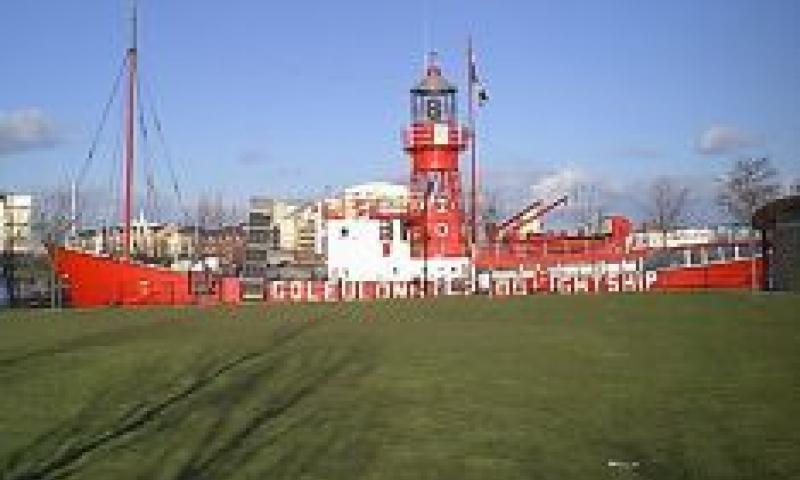 Originally known as LV 14, this vessel is a steel lightship built in 1954 by Philip & Son Ltd., of Dartmouth. Eleven people were needed to crew her and at least seven were on board at any one time during her working life. In 1975, landing platforms were added to her so that crews could be relieved by helicopter. LIGHTSHIP 2000 was last stationed off Rhossili, on the Gower Peninsula, in South Wales. The beam from the Light tower could be seen from 25 miles away and warned sailors of the Helwick Swatch, a treacherous sand bank. Having no power, LV14 was towed by the tender THV WINSTON CHURCHILL from the Swansea Depot. In 1988 the churches in Cardiff purchased LV14 and restoration began to transform her into a floating Christian Centre. The Lightship, based in the heart of Cardiff Bay, currently provides a focus for the Churches of Wales and is a centre for counselling, worship, exhibitions and meetings, with a book shop and refreshment area. Her cabins are used for short residential stays, especially designed for youth groups.