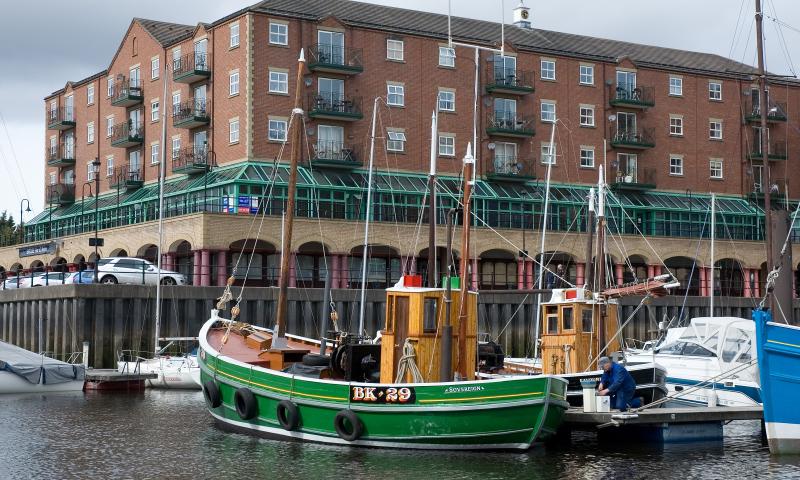 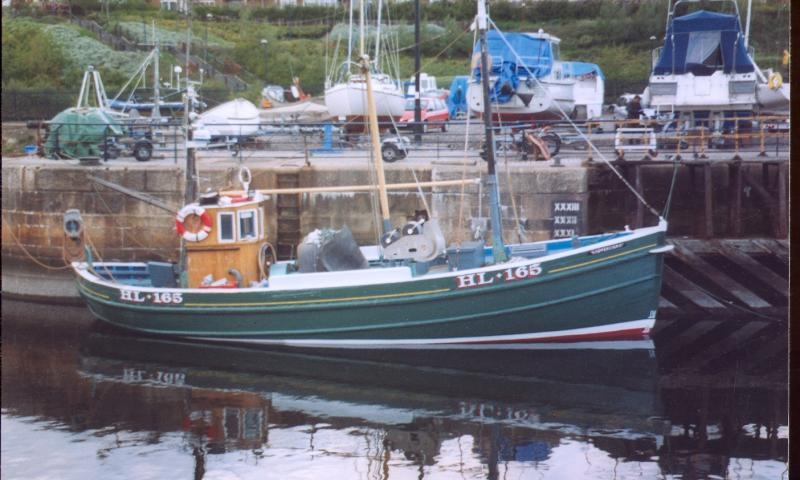 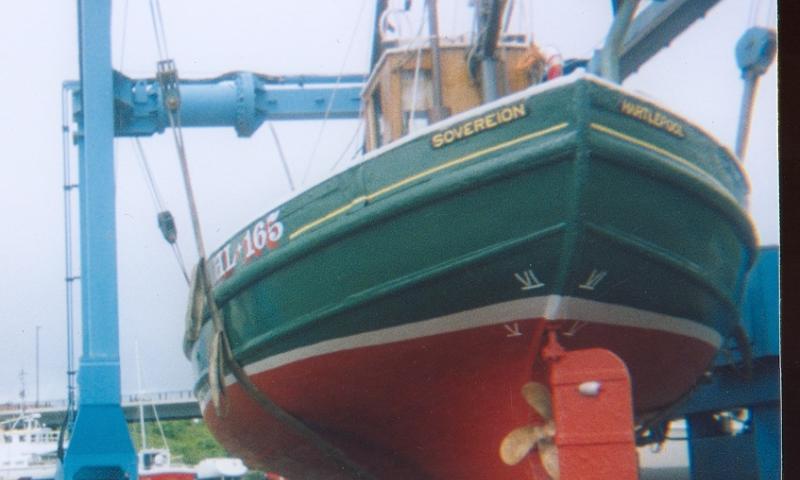 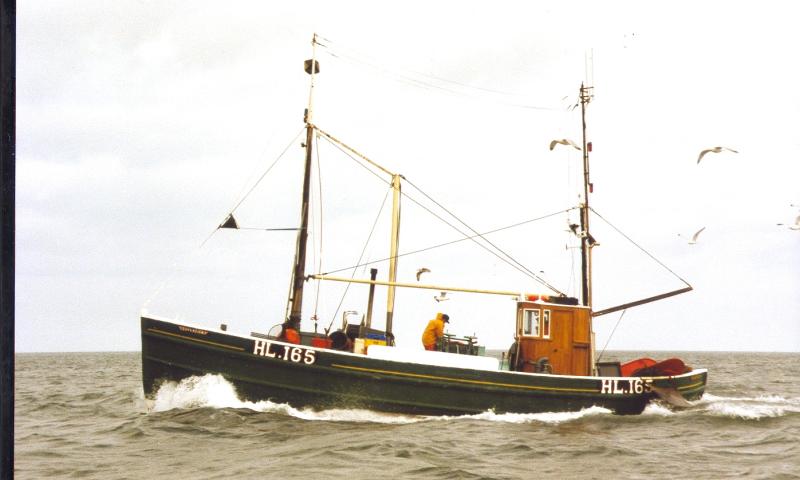 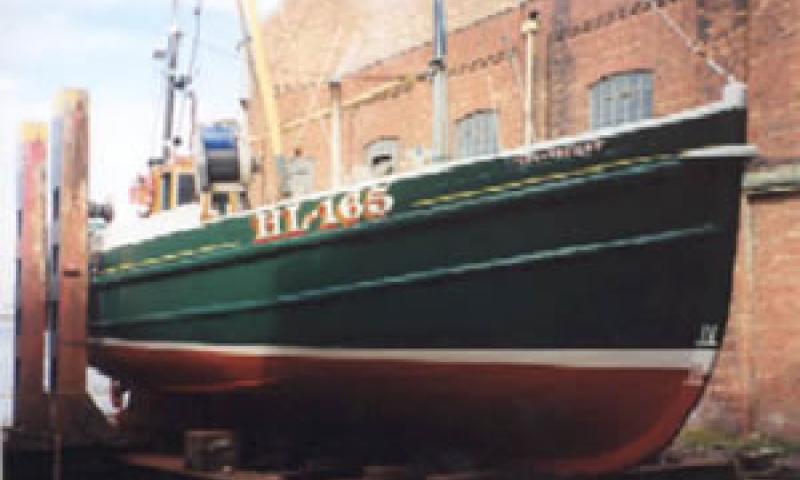 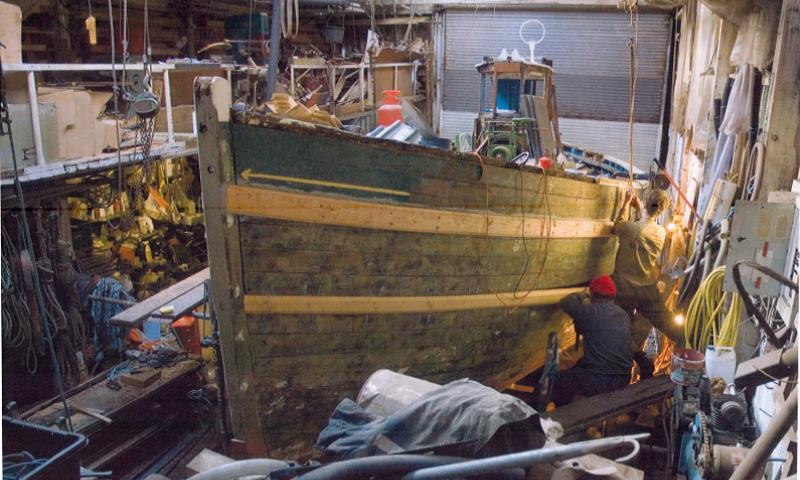 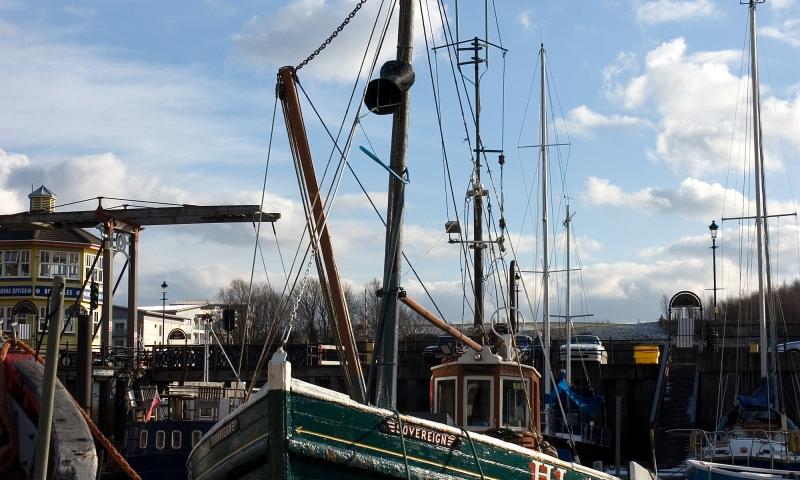 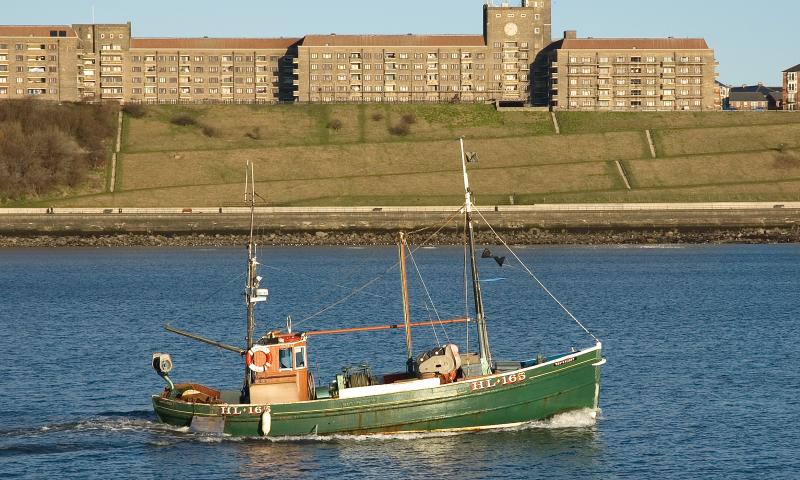 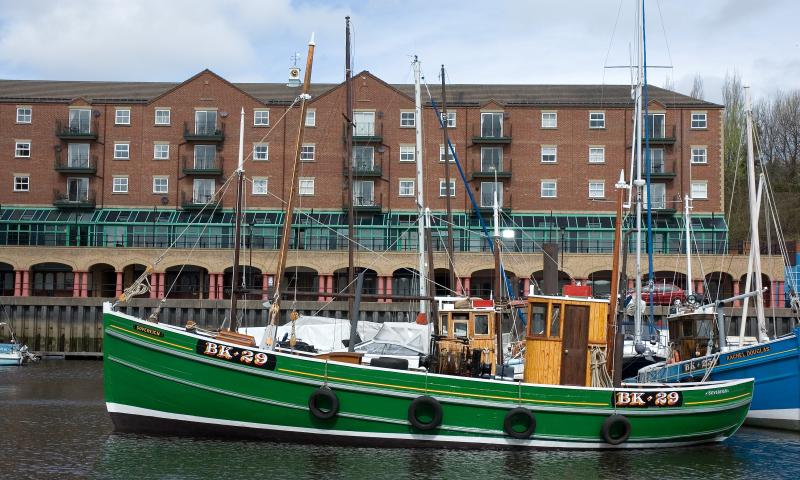 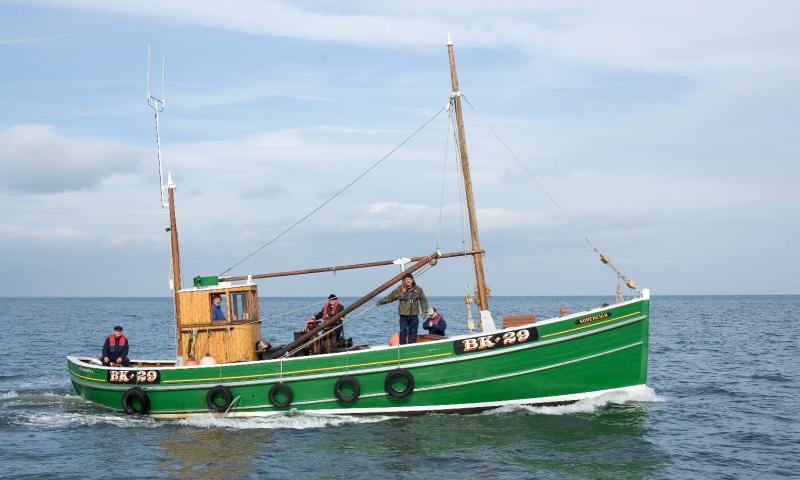 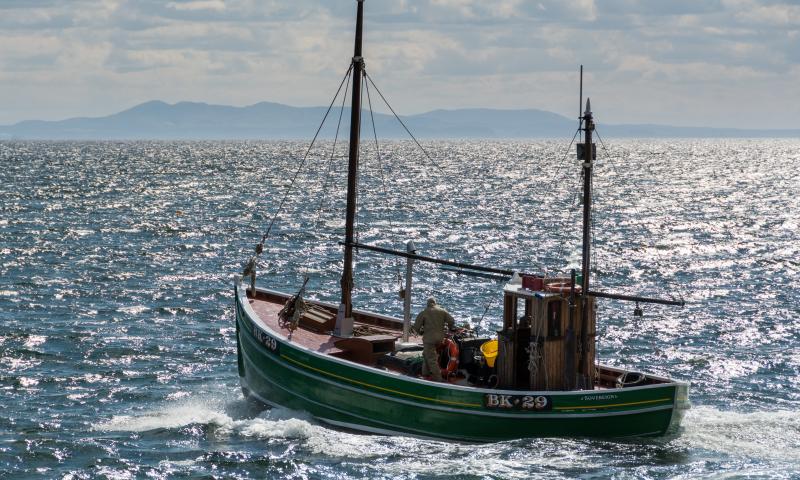 1.  What is the vessel’s ability to demonstrate history in her physical fabric?

The hull and superstructure have not been compromised by alteration.  Overall dimensions are 43’ long, 15’ 3” beam and 6’ draft. Repairs have been undertaken to original standards and materials.   Framing is 90% original, hull planking 90%, deck 60%, bulwarks 50%, masts and spars 25%, crew accommodation 90%, fish hold 75%.  Engine and gearbox had been replaced circa 1954/5 with Gardner products, during restoration the engine was again replaced with a similar but refurbished Gardner product, probably manufactured during the 1940s.  Fuel tanks were replaced during restoration but are similar to those installed circa 1954.  Deck machinery probably dates from the 1960s.  Steering gear is believed to date from the 1970s.  Wheelhouse has been largely rebuilt to match existing with only the windows and door re-used.  The paintwork has been replaced but replicates that carried in the 1950s - based on paint sampling and contemporary photographs.

SOVEREIGN was built by Wilson Noble in Fraserburgh back in 1936 for a Newhaven (Edinburgh) fisherman called Tom Hall.  At that time she carried the fisheries registration no. LH171.  During the war she was called up for Royal Naval service (details of which are yet to come to light) then from the late 1940s fished out of Seahouses as no. BK29.  Whilst there, she was owned by members of the Dawson family.  In 1954/5 her original Kelvin 66 engine was removed by the local boat builder, also called Dawson, and it was replaced by a Gardner 6LW engine, the engine which still powered her in 2009.  She was sold from Seahouses before 1960 to a new owner in Port Seton, believed to be Mr G. Brown.  At this time the number was changed to LH368.  Mr Brown sold her to Peter Greig at the same port.  After this she was sold to Victor Deere of Hartlepool and she was given a Hartlepool registration, HL165, which she carried for the rest of her working days.  By the late 1960s she was based in North Shields and has since been in the care of members of the Woods and Alexander families.  For about forty years the two families worked the boat together, old Mr Alexander sadly dying at the helm.  In 2009, Keith Alexander was the last family member involved and regrettably had to sell the vessel due to her dangerous condition, she having been close to sinking when a plank came loose at sea due to nail rot.  She was a remarkable survival, being little altered in 72 years of hard work.  The vessel was sold and now belongs to North East Maritime Trust associate Northumberland Heritage Charitable Trust.   The South Shields boat builder Fred Crowell carried out extensive restoration work together with volunteers to restore her as near as possible to 1950s condition.

SOVEREIGN’s form is often described as a “canoe-sterned ring netter”.  This term is not very informative to anyone unfamiliar with fishing vessels.  The hull is of a type developed soon after the introduction of motors to fishing vessels and is of a shape suited to manoeuvrability, a most useful characteristic for working ring nets and for seine netting, where a tight turning circle enabled efficient fishing.  The keel is shorter than earlier vessels and the propeller is well under the stern to avoid catching nets.  Draft is comparatively shallow.  The “canoe stern” enables the rear of the vessel to swing easily, yet gives lift when hit by a following sea.  The gunnel or capping rail is low (as is the deck) to ease hauling of gear by hand.  The masts and spars are arranged for fishing methods of the mid-20th century.   The main mast lowers onto the wheelhouse roof to reduce rolling when sitting at sea.  There is a Gilson post for lifting the cod end of a net.  A derrick is fitted for unloading the catch at port.  There is a mizzen mast with a sail to steady the boat in a swell when sitting at nets or when drawing pots.  The wheelhouse is designed only to protect the helmsman and his controls, being insufficient to accommodate the whole crew – this vessel is of the first generation after open sailing craft and greater protection was not expected.  The form was generated to suit a range of fishing functions including drift, ring and seine netting; as well as working of pots for shell fish.  The size is sufficient to work the ring net and accommodation caters for six persons to live whilst working from “foreign” rather than just the home port, such as was the practice when following herring shoals.  The fish hold is of generous capacity for the volume expected when herring fishing.

Built in 1936 by Nobles at Fraserburgh, SOVEREIGN is a fishing vessel first registered as LH171 for T Hall of Newhaven. Her current engine is a Gardner 6LW, 62 kw. She was subsequently registered as BK29, LH368 and then her present registration of HL165.

In February 2020 it was reported the vessel was undergoing further conservation, due to be completed in July 2020 following which she will return to tasks including educational boat handling and appearances at gatherings and exhibitions on the east coast of England and Scotland. 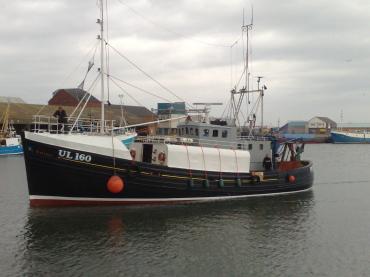 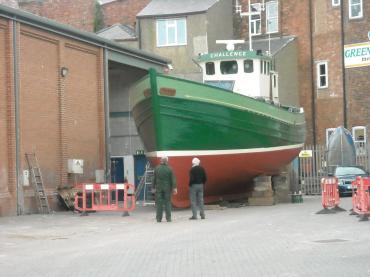 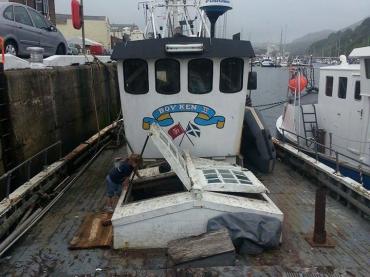 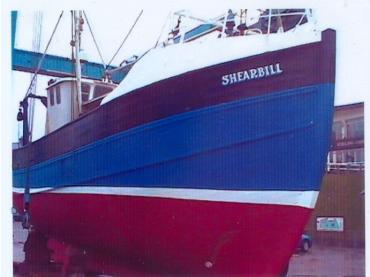