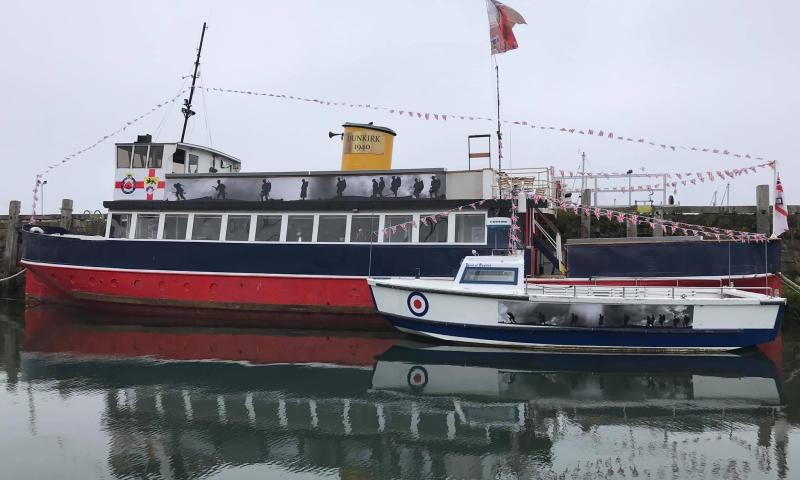 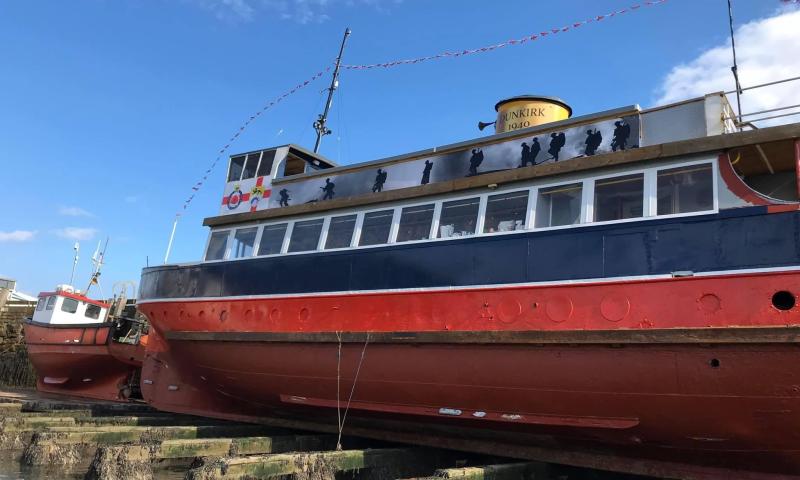 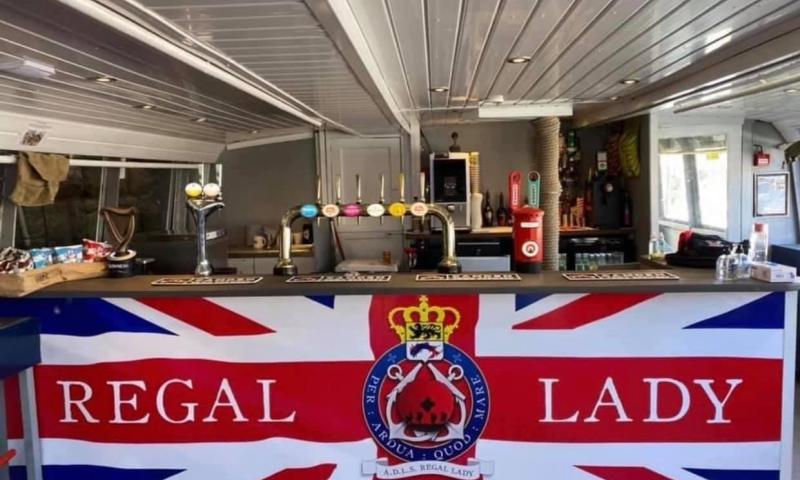 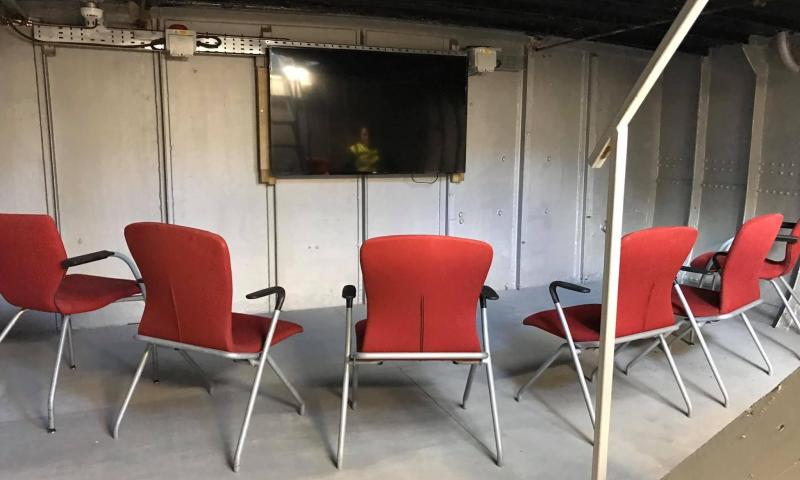 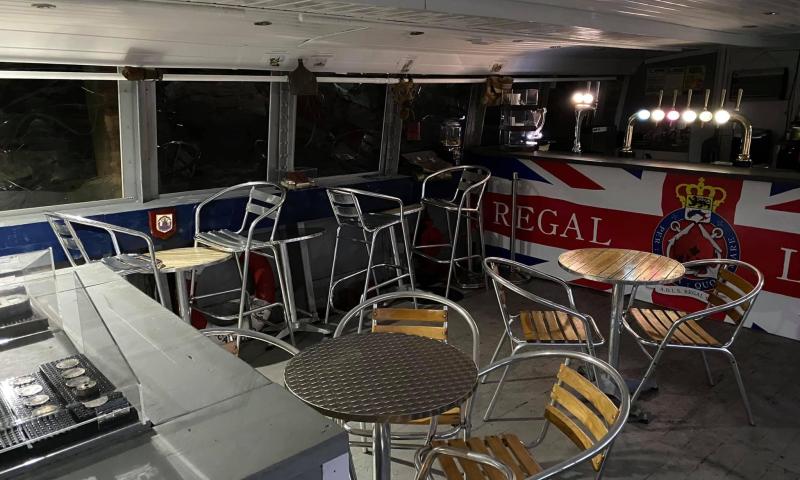 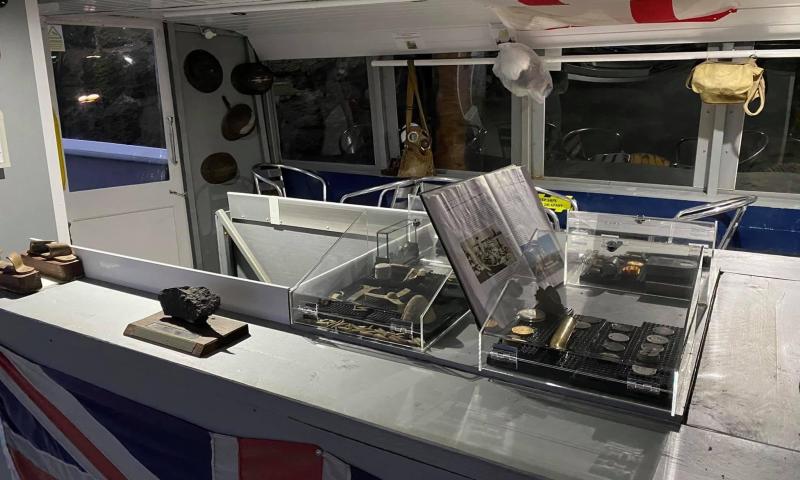 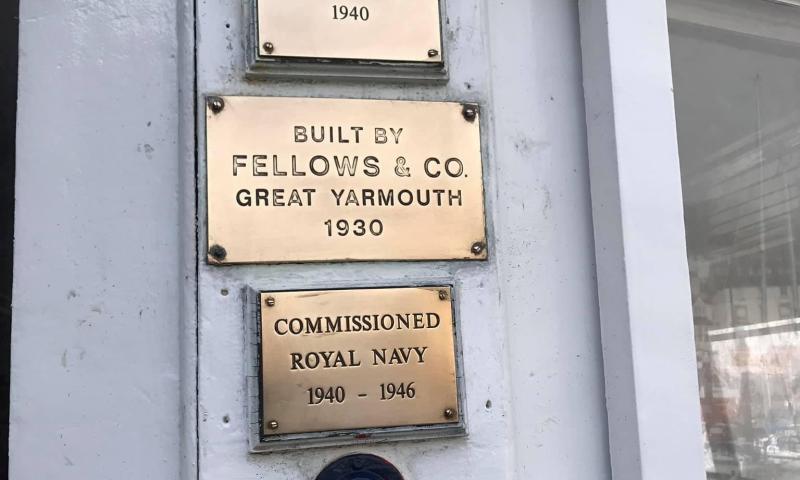 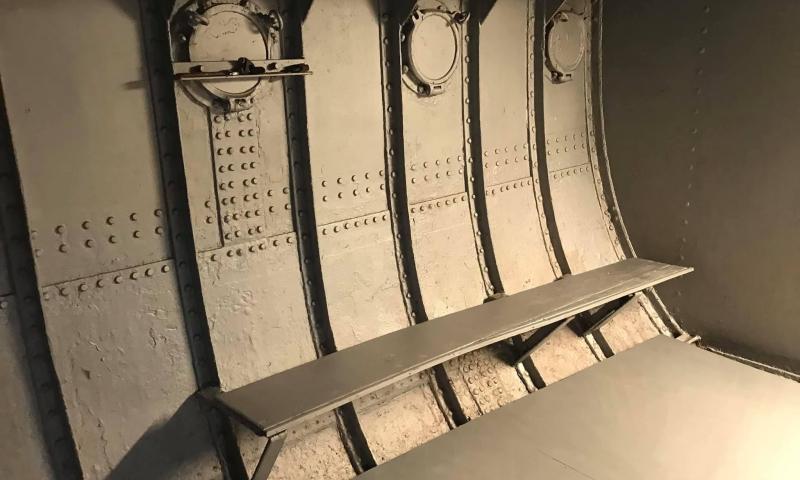 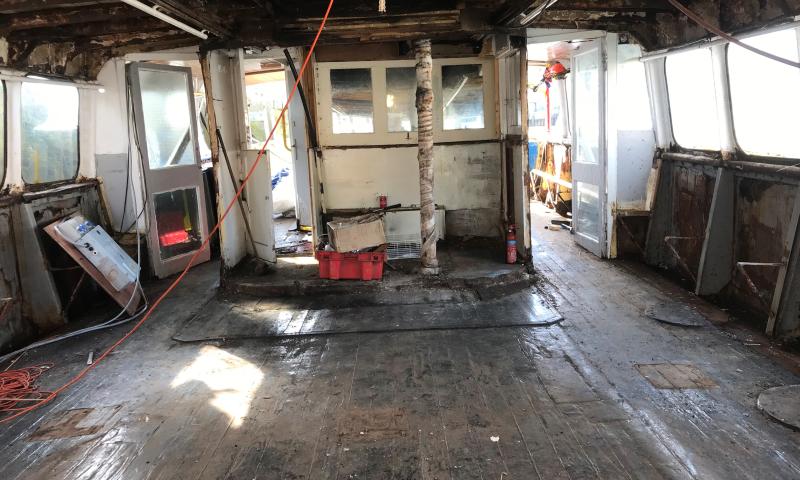 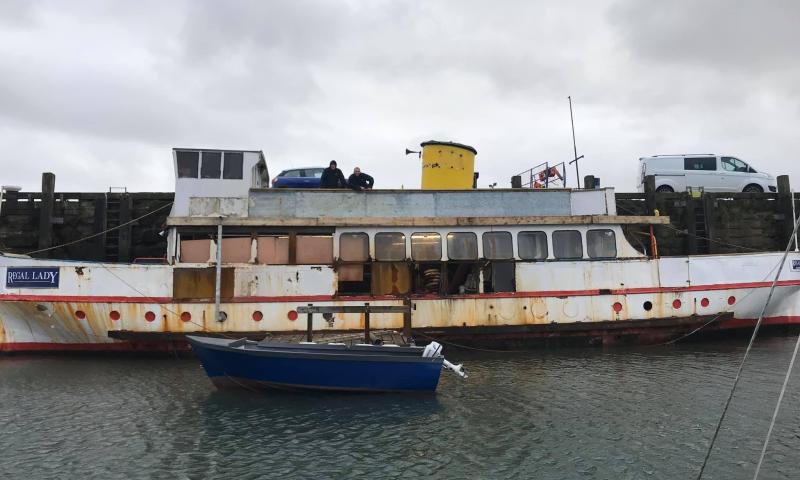 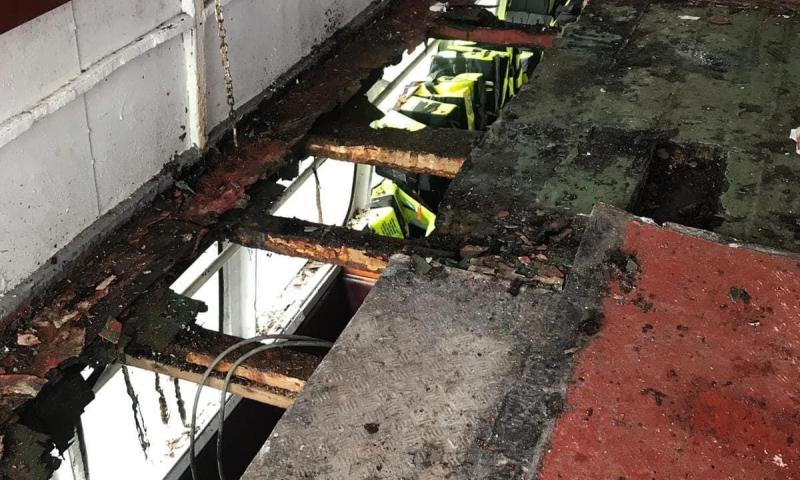 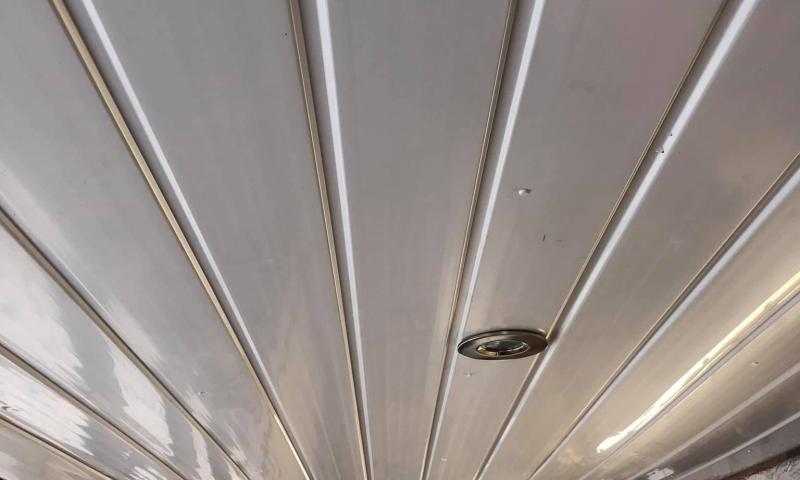 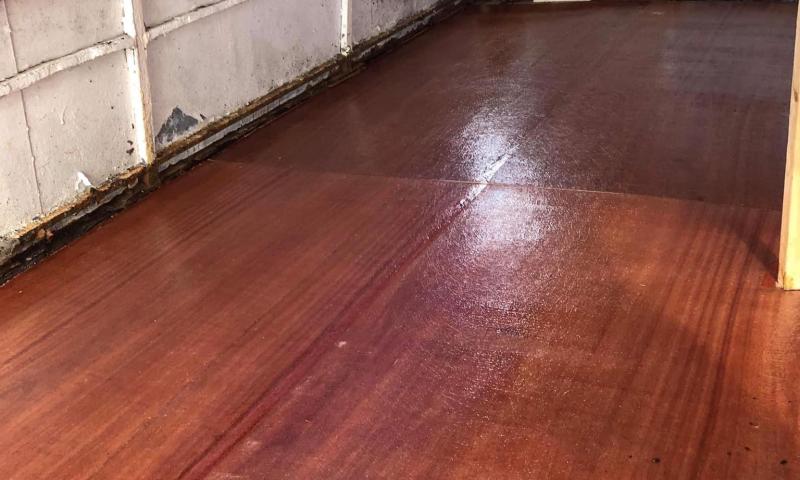 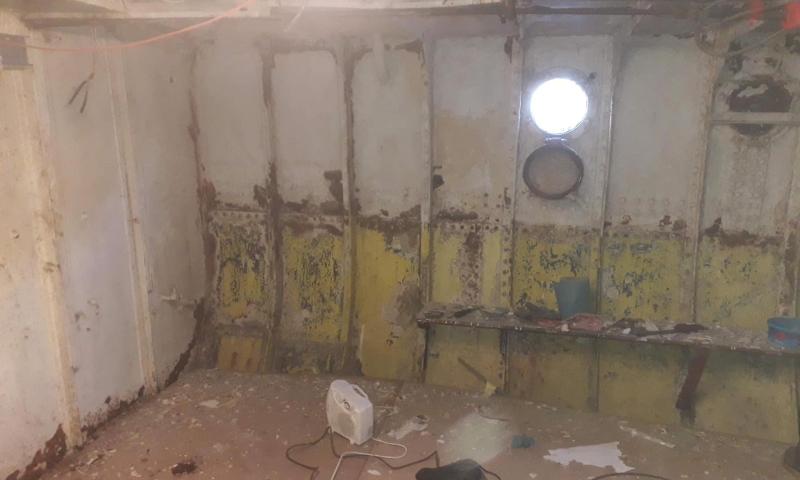 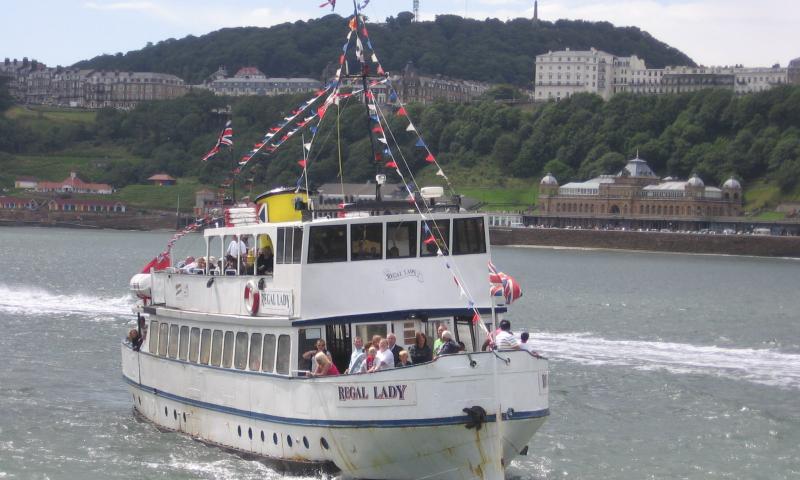 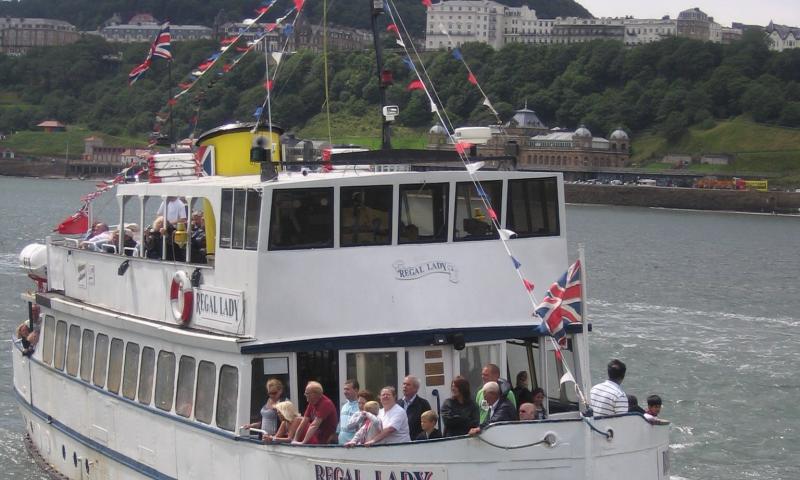 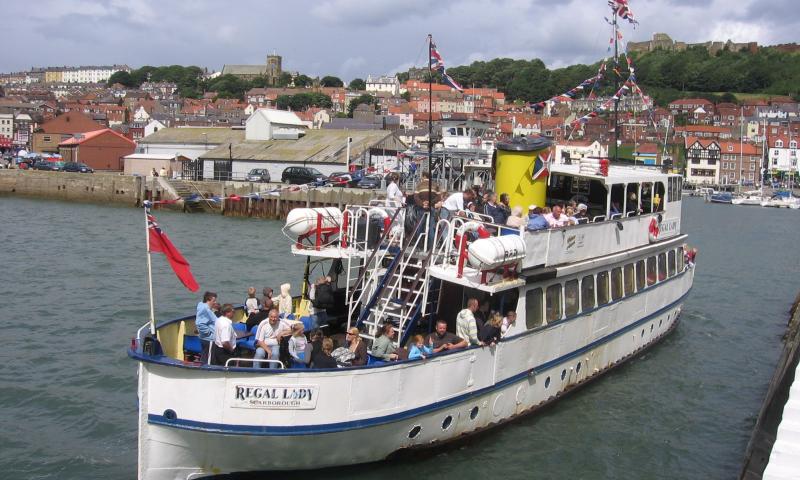 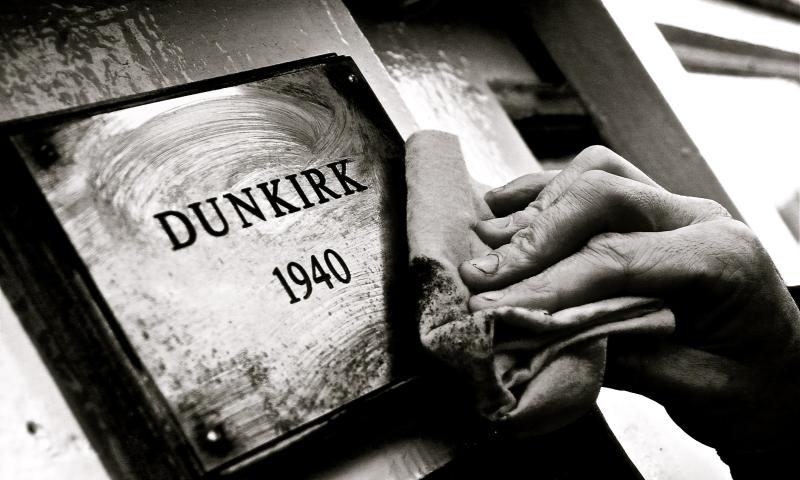 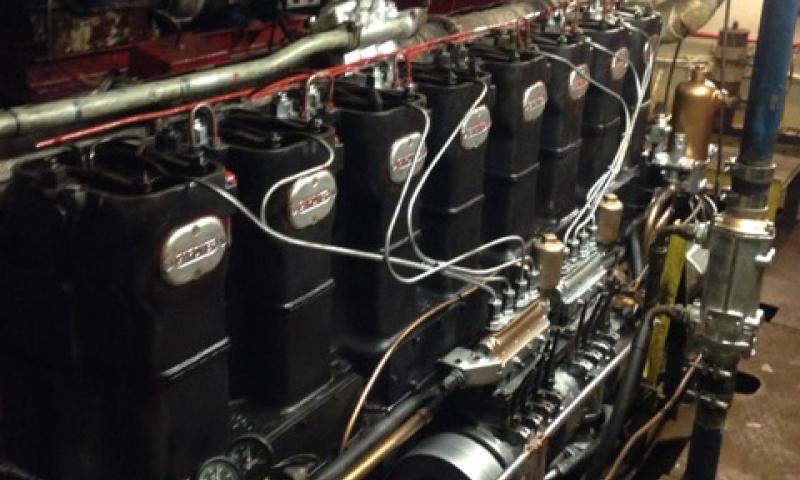 Christened OULTON BELLE at her launch on 23 May 1930, REGAL LADY was an addition to the Yarmouth-Gorleston Steam Boat Company’s fleet of pleasure steamers. Commanded by Bob Aron-George, DSC, she was a favourite among holidaymakers and was regarded as a fast boat that had the edge in the friendly races that were often arranged between the other river boats. Occasionally she would act as a tender for the Royal Navy on warship weeks at Yarmouth, as well as taking holiday makers around the anchored fleet. In 1940, she assisted in the evacuation of Dunkirk, before being chartered and later compulsorily acquired by the Ministry of Defence for work as a fleet tender based at Greenock on the Clyde. She was part of a small fleet of pleasure ships used to disembark and transport thousands of US troops to Greenock and Gaerlock after their transatlantic voyage on the great QUEENS MARY and ELIZABETH. OULTON BELLE remained on the Clyde until the end of the war, and was then resold to her original owners on 17 December 1945 and returned to Great Yarmouth. She was dry decked at Fellows Southtown ship yard in the winter of 1948, where her bow propeller was removed, the old funnel replaced by a modern one, and an upper deck installed which would give her passengers a better view of the overgrown banks on river cruises, and protection against the inclement weather. Refit over, OULTON BELLE returned with her sister ship NORWICH BELLE to sail by sea to Lowestoft and cruise back through the Broads and Breydon Water to Great Yarmouth. Initially the trip proved popular but soon it became clear that too many pleasure steamers were chasing too few passengers. Leaving NORWICH BELLE to ply alone, OULTON BELLE was sold on 23 May 1954 to Scarborough Cruises Ltd. She was re-registered as the REGAL LADY and after a short refit at Fellows, sailed for Scarborough on 16 June 1954. During the summer season of 1954, it became clear that the REGAL LADY's Elliot Garood steam engine could not cope with the extra work and a conversion to diesel was necessary. Scarborough Marine Engineers of Sandside stripped down the old steam engine, burned it into small pieces and placed it in the ship's bottom as ballast (where it remains to this day). The bulkheads were replaced, enabling a 160 horsepower, 8 cylinder Glenniffer diesel engine to be fitted, giving a cruising speed of 10 knots. Work was completed just in time to commence the 1955 season, now as a motor vessel. Under the captaincy of Dick Blogg, with accordionist playing, REGAL LADY would commence her daily sailings at 11.15 am., sailing north from the lighthouse pier, along the coast to Hayburn Wyke, returning back to the harbour at 12.15 pm. ready for the next trip. Evening cruises were down the coast to Filey Bay viewing the town's illuminations on the return trip. REGAL LADY operated throughout the 1968 season on charter to Mr. J. Johnson. On returning to Scarborough Cruises, she was placed on the market in 1969 and operated from the harbour until the end of the 1970 season, when she was finally sold, after 16 years of service. Now under the ownership of Mr. Neville Blake of Chedgrave near Norwich, she operated river trips from Norwich for the next 14 years. Her last sailing was on 30 September 1984. REGAL LADY was laid up at St. Olives berth for the next two years. News of her demise reached Tom Machin in late 1986. Plans were then made to negotiate her sale and to bring her back to Scarborough, where she arrived on 8 January 1987 after a 22 hour passage. She was then almost totally rebuilt. The wheelhouse, which originally came from a Yarmouth drifter of the 1940s, was removed and replaced in glass fibre, and bridge controls were added. Her steel superstructure was extended, giving better protection for passengers, and new plush seating replaced the wooden benches. She made her first public trip on 24 May 1987 under the command of Captain Stuart McNiven passing Castle Rock and sailing along the coast towards Ravenscar Cliffs, a voyage that she was to repeat many times during that summer. She sometimes goes out to sea taking her passengers for close views of the Matco oil tankers which regularly anchor in the bay.

Update: Feb 2020: Under her new owner, REGAL LADY is being renovated and converted into a static museum ship. She will remain at Scarborough as a Dunkirk-themed visitor experience.

Update, Feb 2021: Now fully restored and ready to open as a Dunkirk Ship Floating Museum once lockdown restrictions are eased. 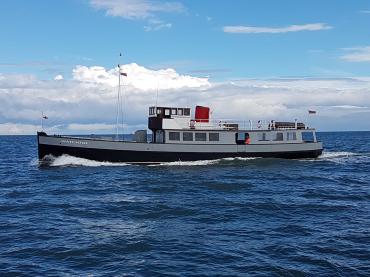 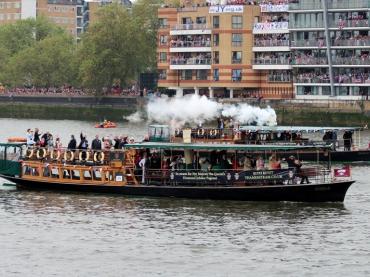