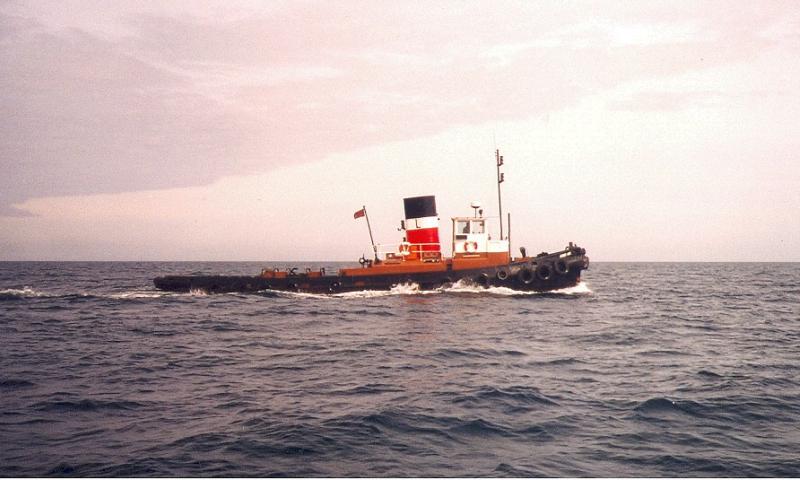 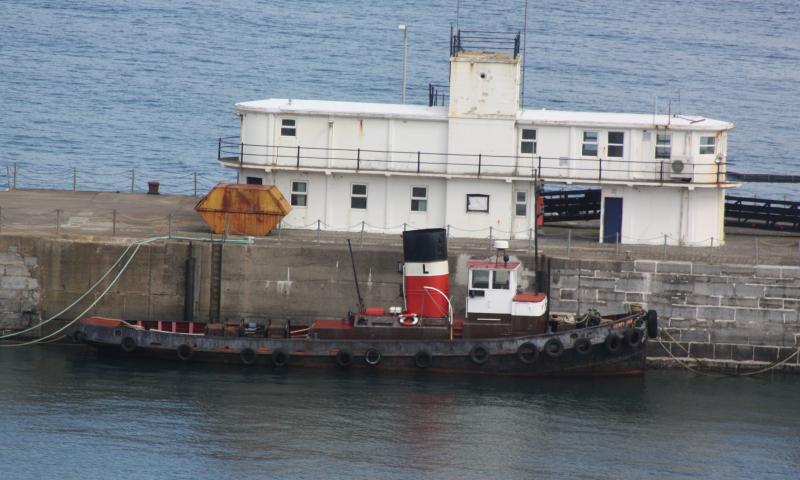 In 1934, Alexander Hall & Co. Ltd, Aberdeen, built the motor tug BRODSTONE for Frederick Leyland Ltd of Liverpool, although the vessel was employed in London. In 1935, she was renamed EVELENE BRODSTONE upon transfer to a subsidiary company, Blackfriars Lighterage. Her service on the Thames continued in 1946 when she was sold to Gaselee & Son Ltd and renamed VESPA. In 1953, she was run down and sunk in Gallions Reach by the Swedish freighter MALMO. After salvage, her original Mirrlees, Bickerton & Day diesel was replaced by a 525-bhp British Polar diesel. In 1965, Gaselee sold their four largest tug, including VESPA, to Ship Towage (London) Ltd, which becamse London Tugs Ltd in 1969. Harry Rose, a Poole tug operator, purchased the tug in 1970 but did not rename her until four years later, when she became WENDY ANN in 1974. Her engine was replaced in 1972 with a Blackstone diesel. The tug's duties at Poole included assisting colliers, and later coastal tankers, at the town's power station, assisting coasters and ferries, maintaining the sewerage outfall buoys, and towing hopper barges for the Poole Harbour Commissioners' dredger when their tug was not available. In 1981, WENDY ANN was sold to the harbour commissioners and continued in their service until 1996 when she was sold to the Laxey Towing Co. in the Isle of Man. She is employed berthing ships in Douglas harbour and towing the harbour's hopper barge, and at Ramsey Harbour. Source: Paul Brown, Historic Ships The Survivors (Amberley, 2010), updated Feb 2011.